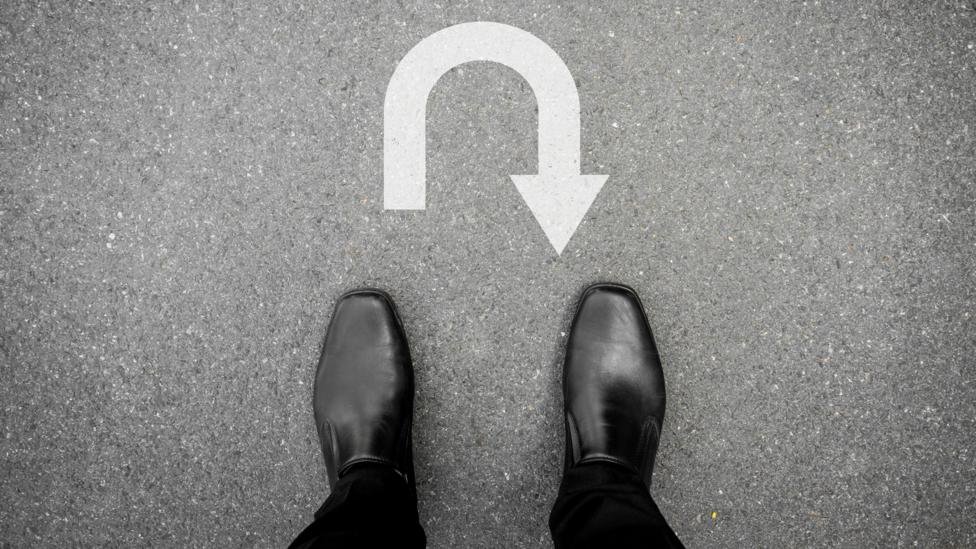 Wherever you look at the moment, we seem divided – Brexiteer or Remainer, pro-President Trump or against. And no matter how much we argue, none of us appear to change our minds. Whether at the dinner table or on social media, it can seem as though our opinions are more fixed than ever.

But new research suggests that, in fact, we can let go of our opinions – and that opposition can even turn into acceptance.

For decades, research on confirmation bias has shown that we are more likely to look out for, notice and remember anything that confirms opinions we already hold. If you like drinking wine, you’re more likely to remember the occasional studies which find a benefit from alcohol than the research on its risks.

Our brains are also faster at processing opinions we agree with. For a while, we have known that if you give people a list of factually incorrect sentences, they take longer to find grammatical errors than if the statements are true. So if the statement is “soft soap are edible”, they’ll take more time to spot the mistake in the grammar because the meaning is also inaccurate.

The same happens with opinions. Researchers at the Hebrew University of Jerusalem recently gave people statements like “I believe the internet makes people more sociable” or “I believe the internet makes people more isolated”. Once again, participants had to judge whether the sentence was grammatically correct. They took longer to decide if they disagreed with the opinion. Without us even being aware of it, our opinions can override our automatic responses. 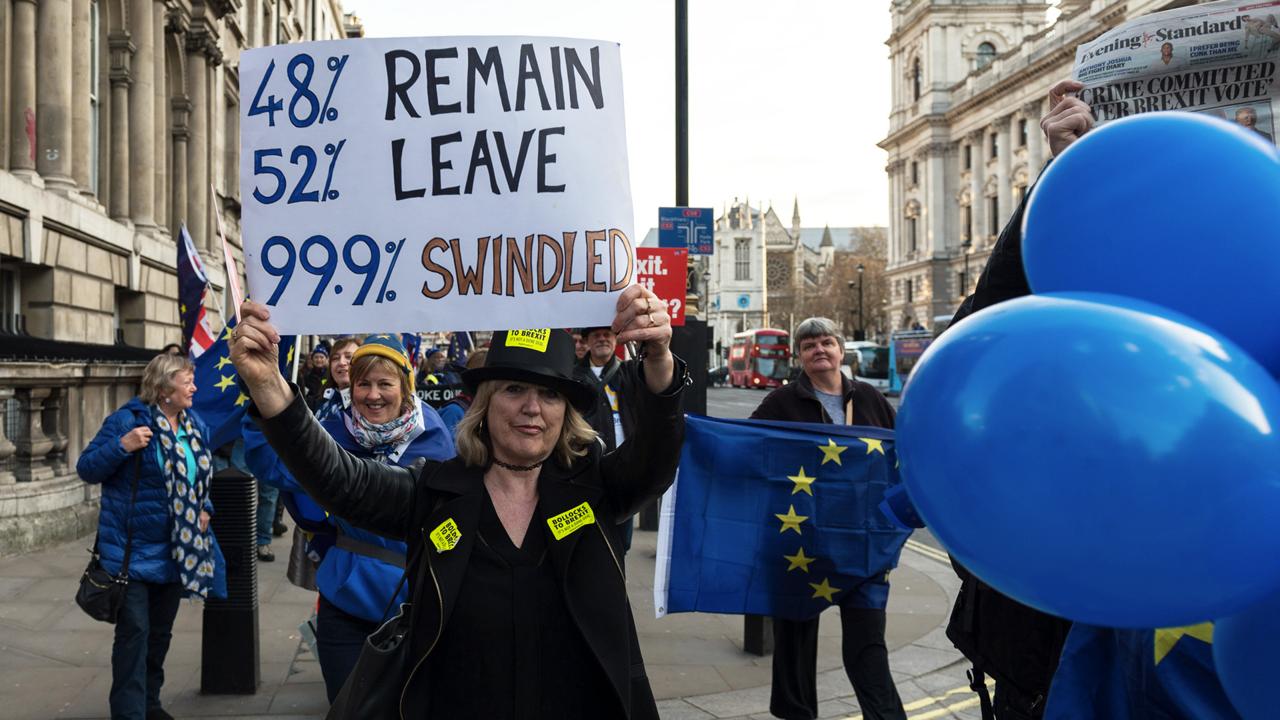 Our opinions seem more fixed than ever – but is that really the case? Credit: Getty Images.

All of this would suggest that we hold our opinions dear. This is true, but it doesn’t mean those opinions are fixed forever. We are more fickle than we think.

Kristin Laurin of the University of British Columbia examined people’s attitudes before plastic water bottles were prohibited in San Francisco. The ban wasn’t favoured by everyone, but was introduced nonetheless. Just one day later, her team again tested public attitudes. Already, views had changed: people were less opposed. There hadn’t been time for people to change their behaviour to adjust to the practicalities of the ban. So it seemed their mindset itself had changed.

In other words, we rationalise the things we feel stuck with. It’s as though we free up brain space to get on with our lives by deciding it’s not so bad, after all. Laurin likens this to a “psychological immune system”. 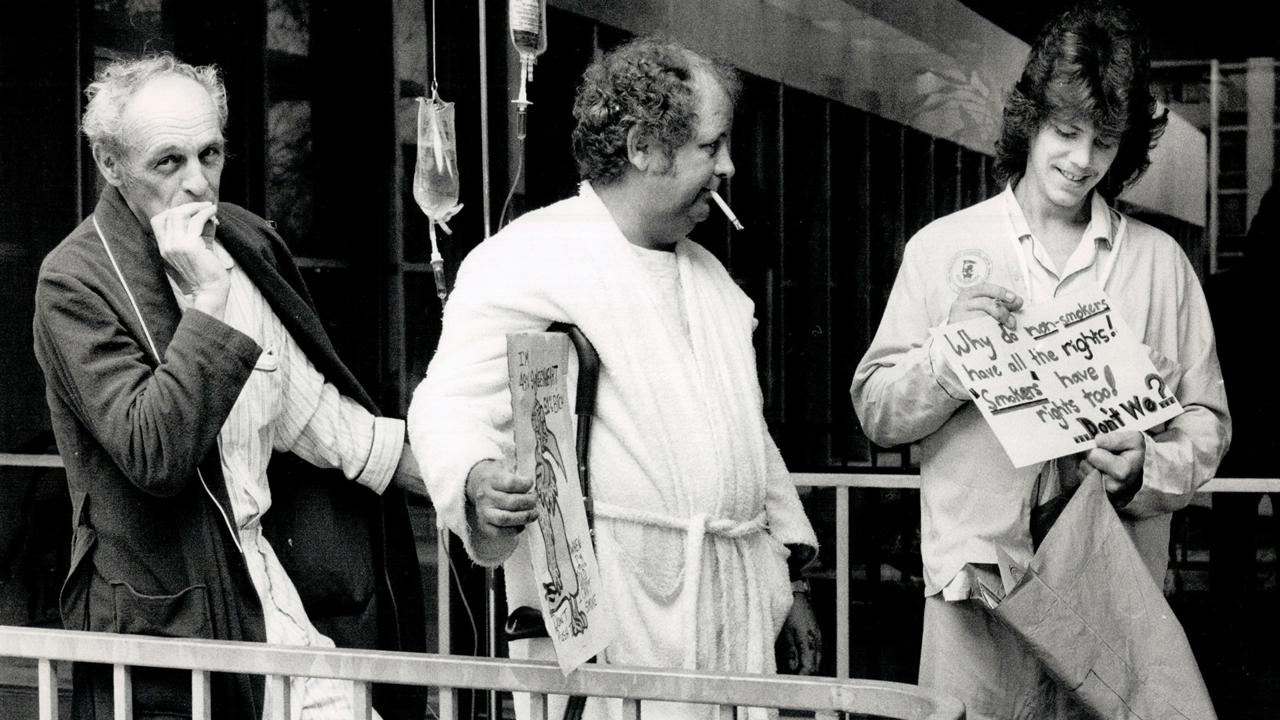 Today, general consensus is that it makes sense not to allow smoking inside hospitals – but before that ban became commonplace, some people felt otherwise. Credit: Getty Images.

Next, Laurin looked at views on Ontario’s 2015 ban on smoking in parks and restaurant patios. She found that people didn’t only change their opinions after the ban had been brought in – they changed what they remembered about their own behaviour.

Before, smokers told her team that they did about 15% of their smoking in these public places. Afterwards, they estimated that only about 8% of their smoking had taken place in these areas. They had adjusted their own memories, altering their judgements to convince themselves the ban’s effect wasn’t so bad after all.

Then came a biggest test: views on President Trump before and after his inauguration.

As of June 2018, Trump had the lowest approval ratings of any US President since World War II. You might expect that this reflected that the people who didn’t vote for him dislike him even more now that he is president.

But that’s not what happened. Laurin’s team found that just a couple of days after his inauguration, those same people felt more positively about him. 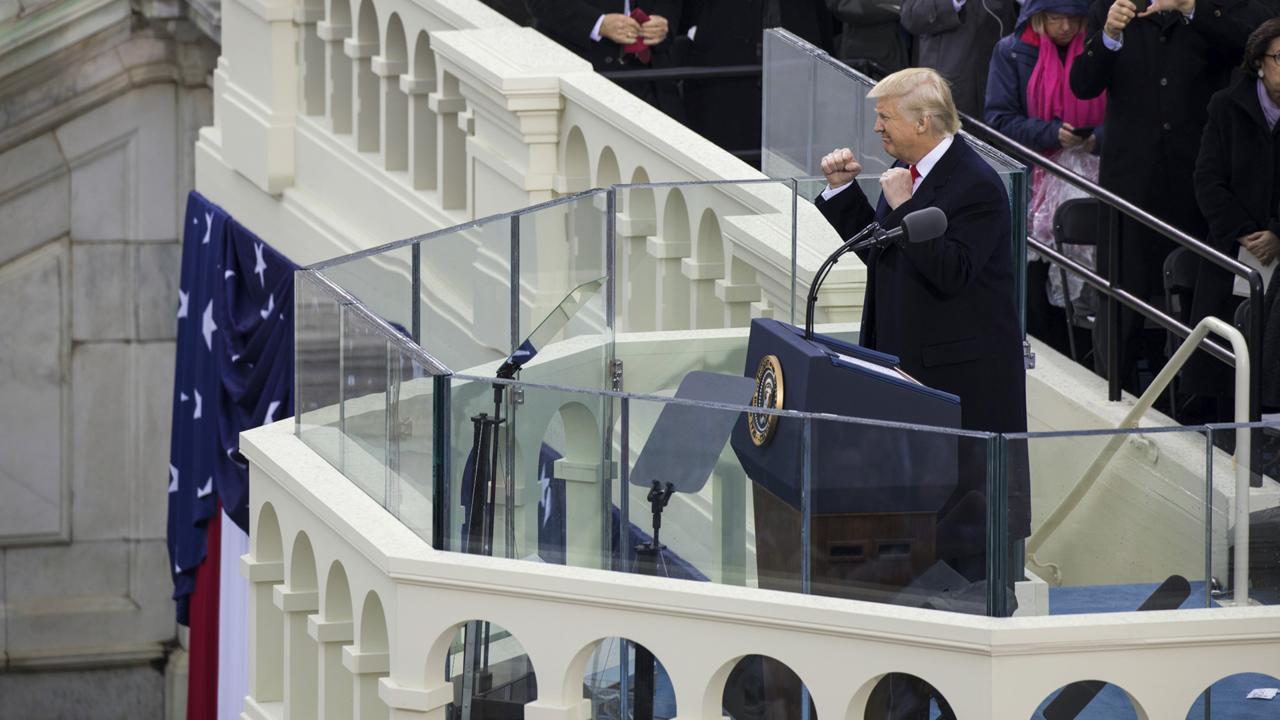 Even people who disliked Trump’s performance at the inauguration approved of him more after he was made president than they did before. Credit: Getty Images.

One explanation might be that their confidence in him was boosted by his inaugural speech. But this wasn’t the case, said Laurin, speaking to me on the BBC’s All in the Mind. “It actually turned out, even with the people in our sample who said he did really badly at the inauguration and hated how he performed there, [that] their attitudes moved in a positive direction.

“This again suggests this isn’t something that you’re learning once this new policy or this new official comes into effect.” Instead, “your brain is scrambling to make you feel okay and allow you to get on with your life”.

We do have to bear in mind that it wasn’t that people who couldn’t stand Trump decided they loved him when he took office – but they did start to dislike him a little less.

So it’s not that people simply become accustomed to a new situation. Instead, they actually change their thinking. It is as though they can’t bear to continue feeling angry, so they subconsciously look for ways to convince themselves that it will all be okay. Laurin doesn’t believe this is done deliberately. Instead, it’s a way of freeing up cognitive resources to get on with life. There simply isn’t time to be angry about everything.

Of course, at some points in history, this psychological process could have had a dark side: it may have encouraged people to put up with regimes they strongly disagree with. 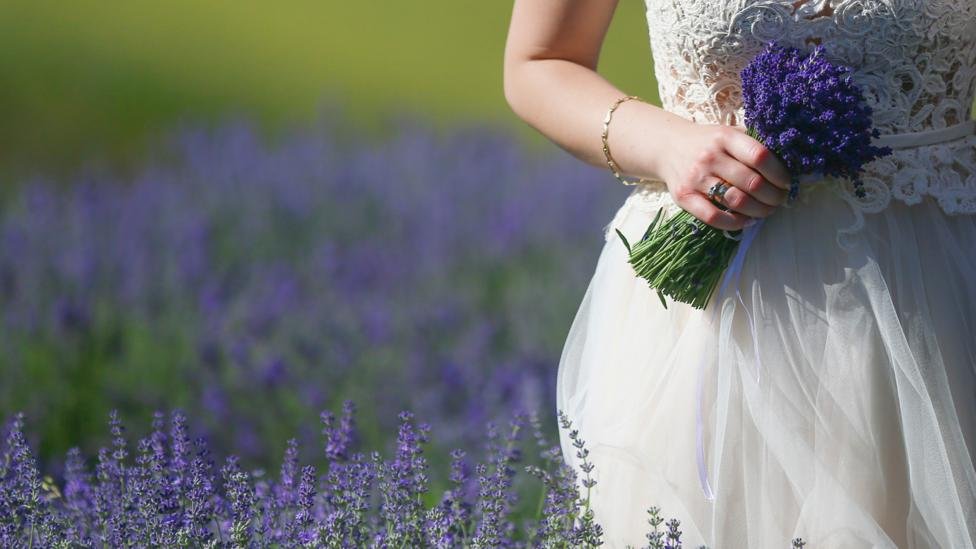 We expect that a future event, good or bad, will make us feel substantially different than we do now – but it doesn’t. Credit: Getty Images.

In less extreme situations, this change in thinking fits in with previous research on the impact bias: the cognitive bias which makes us bad at predicting how we’ll feel emotionally about events that might happen in the future.

The difficulty is that when we simulate a future event in our minds, we tend only to consider the most important features. For a negative event that means the worst bits. Visiting the doctor for a physical examination might not be very pleasant, but neither is every part of the visit unpleasant. Some is neutral: reading a magazine in the waiting room or hanging up your coat, for example. 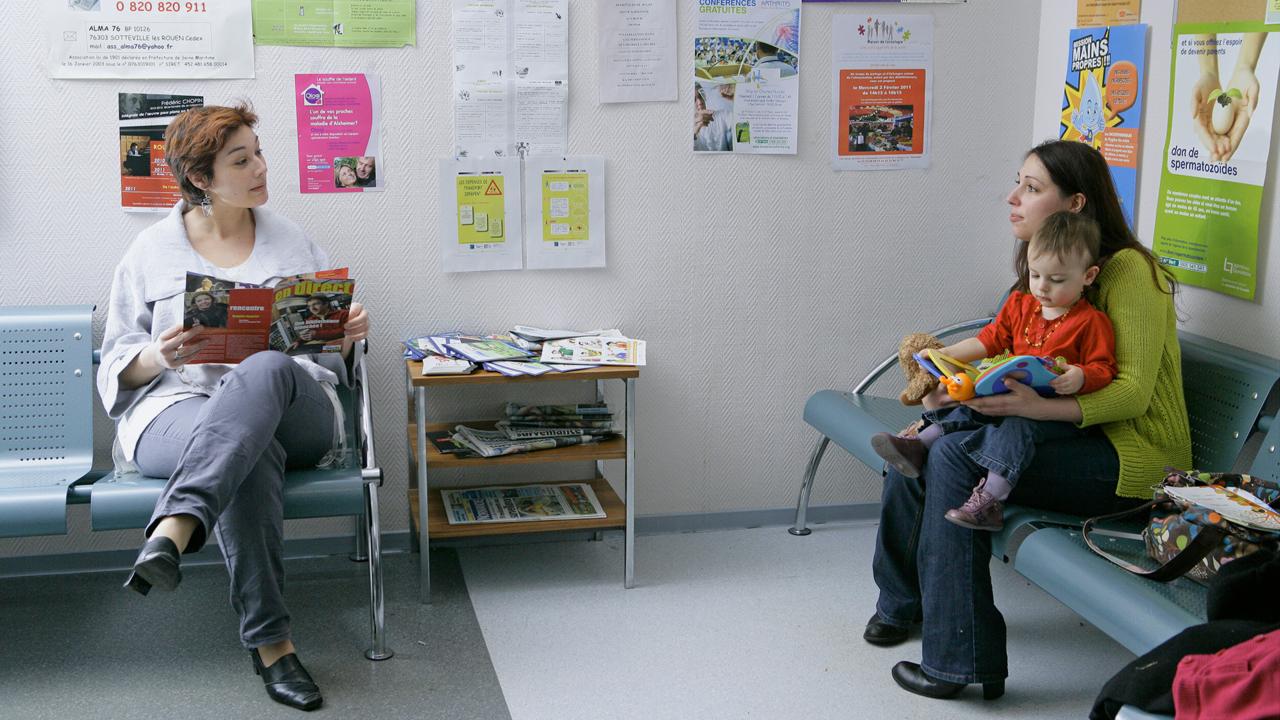 When we think of a future event we tend to forget the neutral parts, like reading a magazine during a visit to the doctor. Credit: Getty Images.

And while we imagine that if something grave happens to us we won’t be able to cope, or that if something positive happens our lives will be transformed, in both cases we will be the same people we are now. After the initial impact, our emotions will subside and we will feel only a little better or worse than now. The same happens when we’re affected by a policy or situation we don’t like. If it’s possible, we make peace with what we once saw as negative changes.

In one sense this is rather hopeful: we try to find the good in every situation. But does this mean that policymakers can do whatever they like and we’ll all decide that’s okay? Not exactly. If that were the case, governments would never get voted out or overthrown in revolutions. 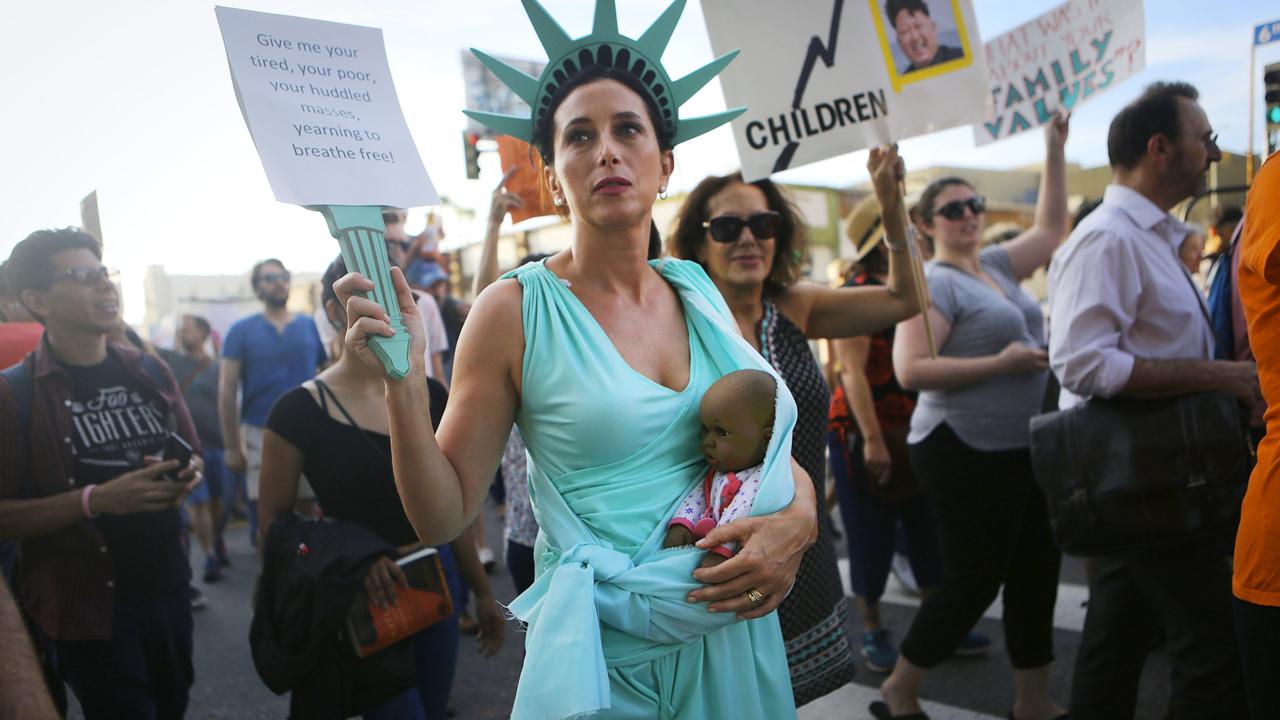 Even though we are wired to become comfortable with situations we once disagreed with, a critical mass of opposition can tilt the balance. Credit: Getty Images.

We might rationalise the things that are hard to change, but once a critical mass gets behind a cause, people stop rationalising the status quo, feel they can make a difference because others are with them and begin campaigning for change.

But when we can’t change everything, making peace with the world might be an important part of our well-being.