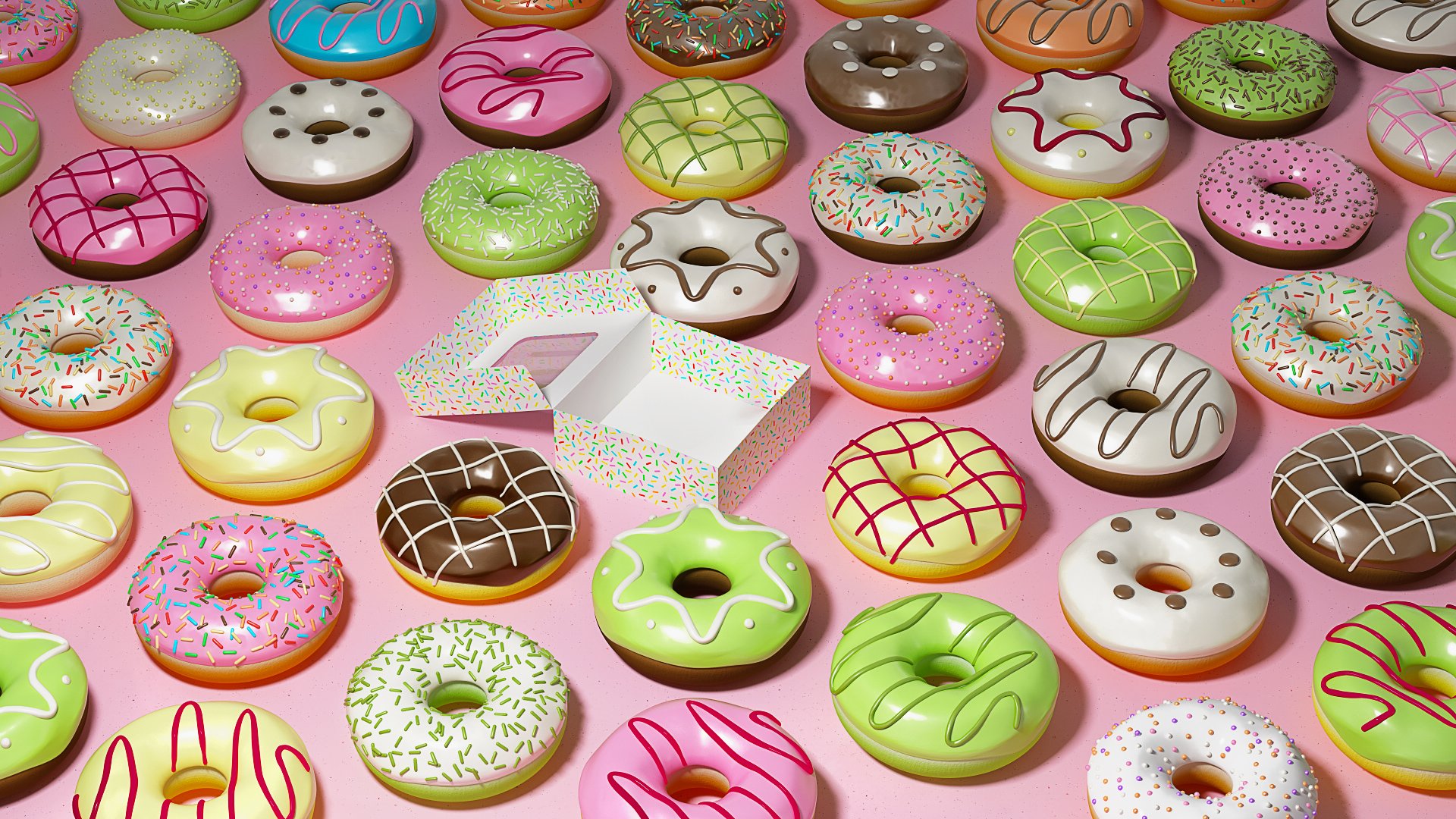 Humans often make bad decisions. If you like Snickers more than Milky Way, it seems obvious which candy bar you’d pick, given a choice of the two. Traditional economic models follow this logical intuition, suggesting that people assign a value to each choice — say, Snickers: 10, Milky Way: 5 — and select the top scorer. But our decision-making system is subject to glitches.

In one experiment, Paul Glimcher, a neuroscientist at New York University, and collaborators asked people to choose among a variety of candy bars, including their favorite — say, a Snickers. If offered a Snickers, a Milky Way and an Almond Joy, participants would always choose the Snickers. But if they were offered 20 candy bars, including a Snickers, the choice became less clear. They would sometimes pick something other than the Snickers, even though it was still their favorite. When Glimcher would remove all the choices except the Snickers and the selected candy, participants would wonder why they hadn’t chosen their favorite.

Economists have spent more than 50 years cataloging irrational choices like these. Nobel Prizes have been earned; millions of copies of Freakonomics have been sold. But economists still aren’t sure why they happen. “There had been a real cottage industry in how to explain them and lots of attempts to make them go away,” said Eric Johnson, a psychologist and co-director of the Center for Decision Sciences at Columbia University. But none of the half-dozen or so explanations are clear winners, he said.

In the last 15 to 20 years [this article was written in 2016], neuroscientists have begun to peer directly into the brain in search of answers. “Knowing something about how information is represented in the brain and the computational principles of the brain helps you understand why people make decisions how they do,” said Angela Yu, a theoretical neuroscientist at the University of California, San Diego.

Glimcher is using both the brain and behavior to try to explain our irrationality. He has combined results from studies like the candy bar experiment with neuroscience data — measurements of electrical activity in the brains of animals as they make decisions — to develop a theory of how we make decisions and why that can lead to mistakes.

Glimcher has been one of the driving forces in the still young field of neuroeconomics. His theory merges far-reaching research in brain activity, neuronal networks, fMRI and human behavior. “He’s famous for arguing that neuroscience and economics should be brought together,” said Nathaniel Daw, a neuroscientist at Princeton University. One of Glimcher’s most important contributions, Daw said, has been figuring out how to quantify abstract notions such as value and study them in the lab.

In a working paper, Glimcher and his co-authors — Kenway Louie, also of NYU, and Ryan Webb of the University of Toronto — argue that their neuroscience-based model outperforms standard economic theory at explaining how people behave when faced with lots of choices. “The neural model, described in biology and tested in neurons, works well to describe something economists couldn’t explain,” Glimcher said.

At the core of the model lies the brain’s insatiable appetite. The brain is the most metabolically expensive tissue in the body. It consumes 20 percent of our energy despite taking up only 2 to 3 percent of our mass. Because neurons are so energy-hungry, the brain is a battleground where precision and efficiency are opponents. Glimcher argues that the costs of boosting our decision-making precision outweigh the benefits. Thus we’re left to be confounded by the choices of the modern American cereal aisle.

Glimcher’s proposal has attracted interest from both economists and neuroscientists, but not everyone is sold. “I think it’s exciting but at this point remains a hypothesis,” said Camillo Padoa-Schioppa, a neuroscientist at Washington University in St. Louis. Neuroeconomics is still a young field; scientists don’t even agree on what part of the brain makes decisions, let alone how.

So far, Glimcher has shown that his theory works under specific conditions, like those of the candy bar experiment. He aims to expand that range, searching for other Freakonomics-esque mistakes and using them to test his model. “We are aiming for a grand unified theory of choice,” he said.

The brain is a power-hungry organ; neurons are constantly sending each other information in the form of electrical pulses, known as spikes or action potentials. Just as with an electrical burst, prepping and firing these signals take a lot of energy.

In the 1960s, scientists proposed that the brain dealt with this challenge by encoding information as efficiently as possible, a model called the efficient coding hypothesis. It predicts that neurons will encode data using the fewest possible spikes, just as communication networks strive to transmit information in the fewest bits.

In the late 1990s and early 2000s, scientists showed that this principle is indeed at work in the visual system. The brain efficiently encodes the visual world by ignoring predictable information and focusing on the surprising stuff. If one part of a wall is yellow, chances are the rest is also yellow, and neurons can gloss over the details of that section. But a giant red splotch on the wall is unexpected, and neurons will pay special attention to it.

Glimcher proposes that the brain’s decision-making machinery works the same way. Imagine a simple decision-making scenario: a monkey choosing between two cups of juice. For simplicity’s sake, assume the monkey’s brain represents each choice with a single neuron. The more attractive the choice is, the faster the neuron fires. The monkey then compares neuron-firing rates to make his selection.

The first thing the experimenter does is present the monkey with an easy choice: a teaspoon of yummy juice versus an entire jug. The teaspoon neuron might fire one spike per second while the jug neuron fires 100 spikes per second. In that case, it’s easy to tell the difference between the two options; one neuron sounds like a ticking clock, the other the beating wings of a dragonfly.

Glimcher proposes that the brain avoids this problem by recalibrating the scale to best represent the new choice. The neuron representing the almost-full jug — now the worst of the two choices — scales down to a much lower firing rate. Once again it’s easy for the monkey to differentiate between the two choices.

Glimcher’s model, based on an earlier model known as divisive normalization, spells out the math behind this recalibration process. It proposes that neurons can send more efficient messages if they encode in their sequence of spikes only the relative differences among the choices. “Choice sets have a lot of shared information; they are not random and independent,” Glimcher said. “Normalization is sucking out redundant information so that the information coming out is as relevant as possible, wasting as little energy as possible.” He notes that engineers, who are used to working with adaptive systems, aren’t surprised by this idea. But people who study choice often are.

According to Daw, “What’s great about divisive normalization is that it takes these principles we know from vision and applies them to value in ways that make sense but are out of the box.”

The juice example above is theoretical, but Glimcher and collaborators have recorded electrical activity from monkeys’ brains as they make different kinds of choices. These studies show that decision-making neurons behave as the model predicts. If scientists increase the value of one choice, the equivalent of swapping out a so-so Milky Way with a delicious Snickers, the neurons representing that choice increase their firing rate. (Scientists had already known about this pattern.)

If you increase the value of the other choices — king-size the non-Snickers options, which decreases the relative value of the Snickers — the model predicts that its firing rate should go down. Glimcher and collaborators have shown that neurons in part of the brain called the parietal cortex do indeed behave this way, adding physiological support for the model. “The divisive normalization function did a superb job of describing the data in all conditions,” Glimcher said. “It supports the idea that neurons are doing something identical to, or darn close to, divisive normalization.”

The system works well most of the time. But just like the temporary blindness we experience when exiting a dark movie theater into bright sunlight, our decision-making machinery can sometimes be overwhelmed. That may be particularly true with the staggering variety of choices we’re often faced with in the modern world. Glimcher and collaborators use these types of mistakes to test their model. The researchers are now examining whether these same algorithms can predict human error in other scenarios in which people tend to make poor choices.

Neuroeconomics is still a young field, filled with questions and controversy. Glimcher isn’t the only neuroscientist to have found signs of economic value in the brain. Scientists have measured these neural signatures in different brain regions, using both non-invasive brain imaging in humans and direct brain recordings in animals. But researchers disagree over which part of the brain makes the actual decision. What part of the brain calculates that the Snickers bar rates higher than the Milky Way? “There is no single accepted concept of where and how decisions — the comparison of values — are made,” Padoa-Schioppa said.

The divisive normalization framework emerged from work in the visual system. Yu suggests that applying it to decision-making is more complex. Scientists know a lot about the information that the visual system is trying to encode: a two-dimensional scene painted in color, light and shadow. Natural scenes conform to a set of general, easy-to-calculate properties that the brain can use to filter out redundant information. In simple terms, if one pixel is green, its neighboring pixels are more likely to be green than red.

But the decision-making system operates under more complex constraints and has to consider many different types of information. For example, a person might choose which house to buy depending on its location, size or style. But the relative importance of each of these factors, as well as their optimal value — city or suburbs, Victorian or modern — is fundamentally subjective. It varies from person to person and may even change for an individual depending on their stage of life. “There is not one simple, easy-to-measure mathematical quantity like redundancy that decision scientists universally agree on as being a key factor in the comparison of competing alternatives,” Yu said.

She suggests that uncertainty in how we value different options is behind some of our poor decisions. “If you’ve bought a lot of houses, you’ll evaluate houses differently than if you were a first-time homebuyer,” Yu said. “Or if your parents bought a house during the housing crisis, it may later affect how you buy a house.”

Moreover, Yu argues, the visual and decision-making systems have different end-goals. “Vision is a sensory system whose job is to recover as much information as possible from the world,” she said. “Decision-making is about trying to make a decision you’ll enjoy. I think the computational goal is not just information, it’s something more behaviorally relevant like total enjoyment.”

For many of us, the main concern over decision-making is practical — how can we make better decisions? Glimcher said that his research has helped him develop specific strategies. “Rather than pick what I hope is the best, instead I now always start by eliminating the worst element from a choice set,” he said, reducing the number of options to something manageable, like three. “I find that this really works, and it derives from our study of the math. Sometimes you learn something simple from the most complex stuff, and it really can improve your decision-making.”