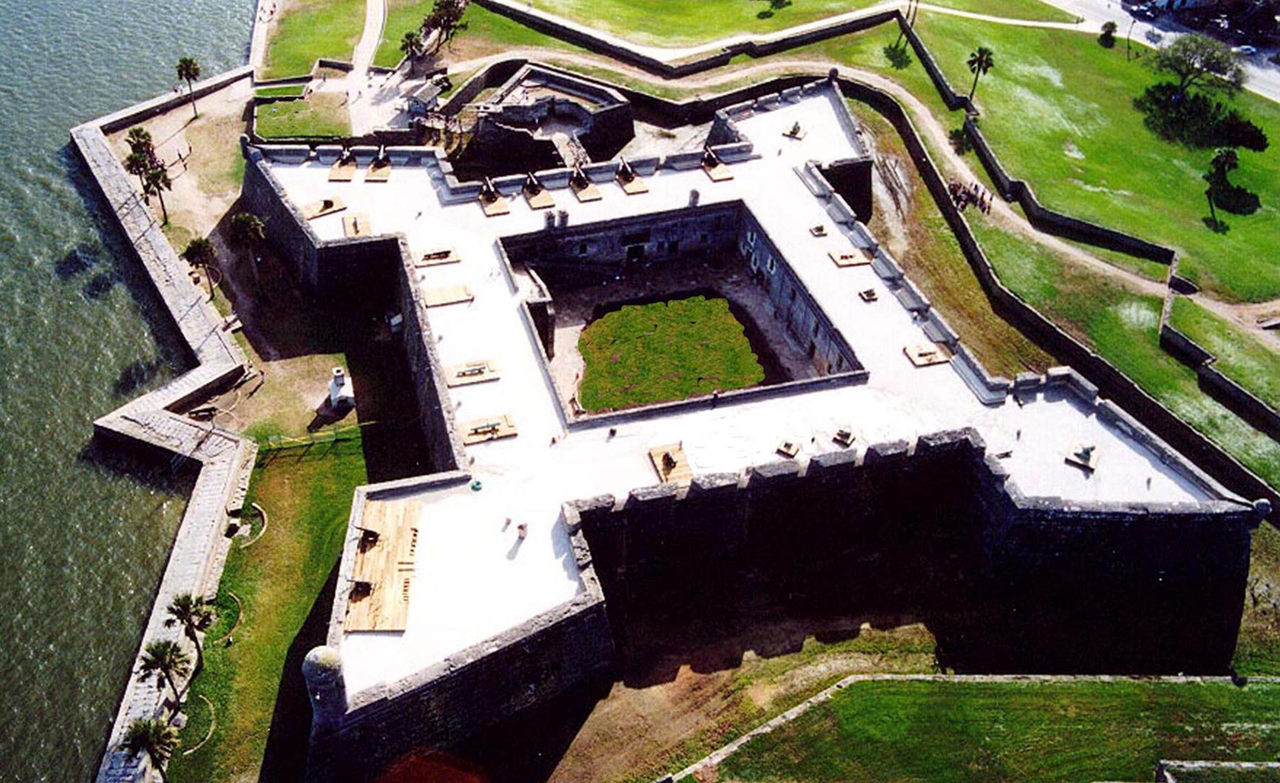 In 1702, when the Spanish still ruled Florida, an English fleet from colonial Carolina approached Castillo de San Marcos, a Spanish stronghold on the Atlantic shore.

The fort guarded the Spanish empire’s trade routes as well as the surrounding city of St. Augustine, and the English wanted to run this politically and economically important outpost for themselves. Led by Carolina’s governor James Moore, the English boats dropped their anchors and laid siege.

But even after nearly two months of being shelled with cannonballs and gunfire, the fort’s walls wouldn’t give. In fact, they appeared to be “swallowing” the British cannonballs, which then became embedded within the stone. Precisely how the walls did this remained a mystery for the next three centuries.

Normally, a cannonball creates long, deep cracks in stone that radiate out from the impact’s center, causing catastrophic damage to a structure. This was clearly not the case for the walls surrounding Castillo de San Marcos. Built from coquina—sedimentary rock formed from compressed shells of dead marine organisms—the walls suffered little damage from the British onslaught. As one Englishman described it, the rock “will not splinter but will give way to cannon ball as though you would stick a knife into cheese.”

The British took their anger out on St. Augustine, the residents of which were hiding inside the Castillo. “The English took over the town but they were never able to take the fort,” says the historian Susan Parker at St. Augustine’s Flagler College. “So they burned most of the town as they left.” They tried to level the fort again in 1740 with the same result.

Castillo San Marcos is the oldest masonry fort in the U.S. and one of only two such structures in the world made with coquina. During its active life, it was never forcibly captured, thanks in part to its unusual construction material. It was taken off the fortifications list in 1900 and became a U.S. National Monument in 1924.

In 2015, more than 300 years after the fort was built, a team of material scientists from the University of Florida and the U.S. Army conducted a study of coquina’s physical properties to understand how it withstood impact stress. Leading up the team was Phillip Jannotti, a research scientist at the Combat Capabilities Development Command’s Army Research Laboratory.

“I grew up about an hour from San Marcos, so I went there a few times,” says Jannotti who was enamored by the fort as a child, and now studies the dynamic behavior of materials. Years later in 2013, when Jannotti was working on his Ph.D. in mechanical engineering with professor Ghatu Subhash at the University of Florida, Subhash’s daughter Sanika, a high school student, became curious about the walls’ unusual strength. She suggested doing an experiment to investigate coquina’s absorptive properties. 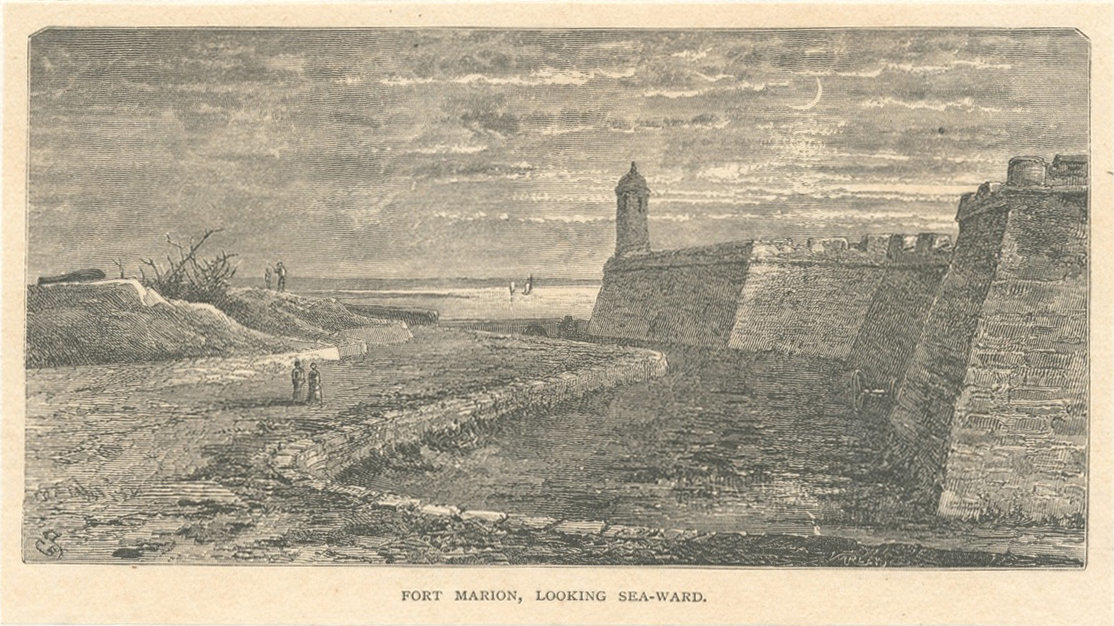 Jannotti and the Sanika Subhash bought a few small coquina samples from the gift shop at Castillo de San Marcos, and shot small steel balls at them with speeds of 110 to 160 miles per hour. The idea was to mimic the collision conditions of a cannon firing, albeit in miniature. The researchers also used a high-speed camera that took 200,000 images per second to visualize how the coquina samples reacted to those impacts. They ran similar tests on other materials, namely sandstone and structural foam, in order to compare their properties with those of coquina.

Originally planned as a summer experiment, their work spanned two years, during which Sanika learned to conduct the experiments and interpret results, while Jannotti finished his Ph.D. and transferred to his Army Research position, where he continued with the project.

At the end of those two years, their results demonstrated that although coquina looks more like sandstone, it behaves more like foam.

Sandstone is formed from rock grains cemented together into a hard but brittle structure. When projectiles hit sandstone, those surprisingly delicate connections shatter, sending splintering cracks in all directions. Multiple hits would eventually cause the catastrophic failure of the material. Cracks would propagate throughout the stone and small rock fragments would shoot out—and then the entire piece would crumble. In a battle scenario, this meant that sandstone walls would be reduced to rubble.

On the contrary, coquina had a rare ability to absorb mechanical stress, which stemmed from its loosely connected inner structure. Although the little shell pieces that make up coquina are piled and pressed into each other for thousands of years, they aren’t cemented together, so they can shuffle around a bit.

So when a cannonball slammed into the coquina walls of Castillo de San Marcos, it crushed the shells it directly hit, but the surrounding particles simply reshuffled to make space for the ball. “Coquina is very porous and its shells are weakly bonded together,” Jannotti says. “It acts almost as natural foam—the balls sink in, and slowly decelerate.”

It’s not clear whether the Spanish had known about coquina’s properties when they first built the walls, mining the stone from the nearby quarry within what is today Anastasia State Park. But they certainly learned to appreciate the material’s absorptive properties. When they realized coquina’s unique abilities, they used the fort walls for target practice.

The U.S. Army doesn’t have immediate plans for the rock’s battleground use, but the researchers wrote that “understanding of coquina gained from this study may be used to design and develop new lightweight, blast-resistant materials.” Even if a future use for coquina isn’t yet mapped out, the research undertaken by Jannotti, Ghatu Subhash, and Sanika Subhash does help us better understand the history and endurance of one of the most well-known forts in U.S. history.