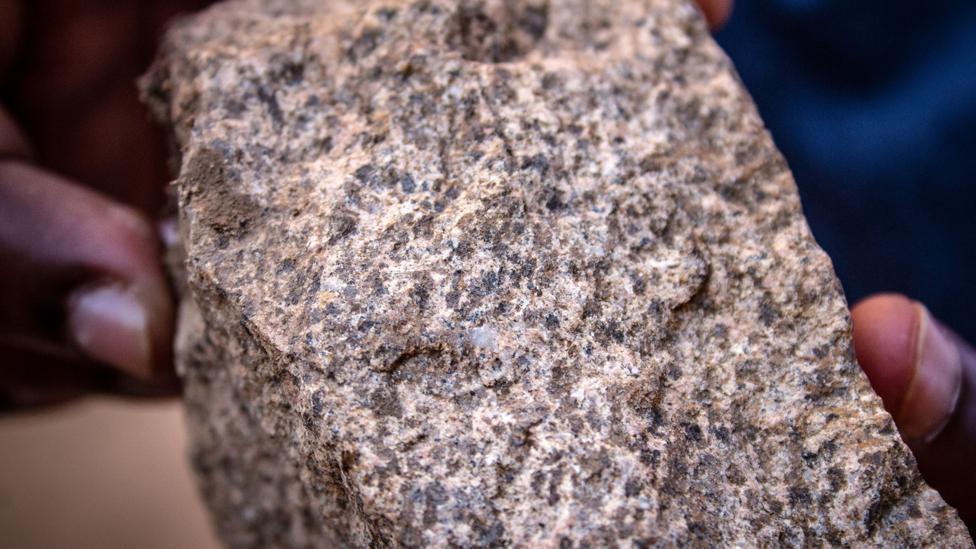 Deposits of rock phosphate, the raw material that is mined, are unevenly distributed around the world. All photos by Sibylle Grunze.

In Blantyre, Malawi, a group of farmers are assembled around a pile of material that could help shape Africa’s future. It doesn’t look like much: a two by two metre pile of alternating layers of moist organic matter like corn stalks and chicken manure.

But over eight weeks of microbial activity and periodic turning, the unwieldy, slightly smelly mass will transform itself into compost – a low cost way to improve soils and reduce dependency on mineral fertilisers, which are at best expensive and at worst often not available at all.

"This is not your ordinary backyard compost pile, where you throw your kitchen scraps," says Johann van der Ham, who runs the demonstration farm, as he watches his students watering the next load of manure in a wheel barrow.

"It's a thermic compost pile. We teach how to build it systematically and to scale it to the needs of every farm.

The farmers learning how to make this compost, and the other people in their communities that they will bring this information back to, are smallholder subsistence farmers.

“For them, one failed harvest means hunger and misery – or worse,” says van der Ham. “So for them, improving soils is not an add-on, not just something to raise the bottom line.

“It's a matter of survival.” 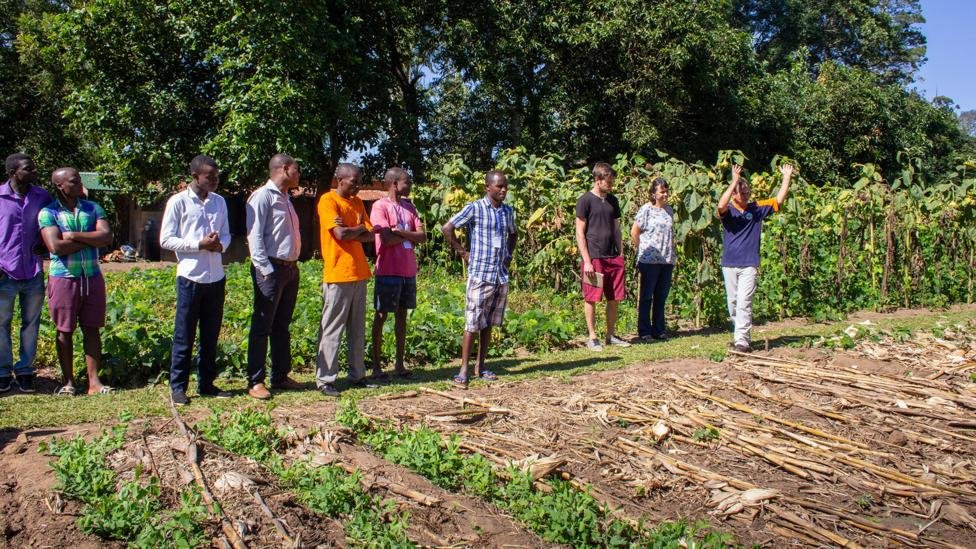 Johann van der Ham leads a group of farmers at the compost workshop in Blantyre. 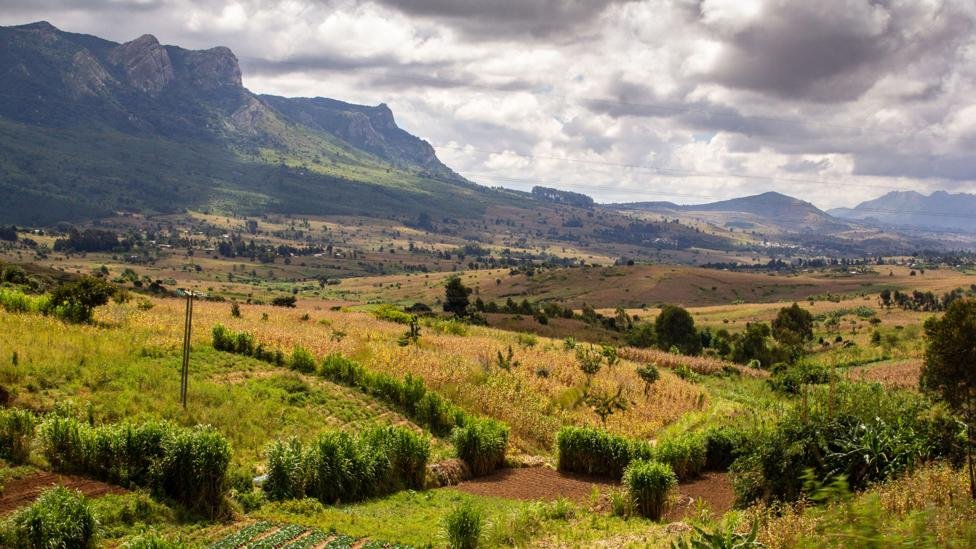 To grow properly, plants need water, light and air. They also need nutrients from the soil, including nitrogen, potassium, and phosphorus. All of these are important – but phosphorus especially, because it affects the plant early in its life. The plant needs it to build its root system, which is the basis for taking up other nutrients. Without enough phosphorus, plants are stunted and yield little.

Putting phosphorus back into the soil in Africa, therefore, is particularly important for farmers – and, by extension, for much of the population: eight out of 10 Malawian workers are employed in farming.

The first phosphorus price shock came in 2008, when the commodity price of rock phosphate, the raw material that is mined, spiked 800 percent.

"That's when people started to pay attention," says Dana Cordell, a research director at the Institute for Sustainable Futures at the University of Technology Sydney and co-founder of the Global Phosphorus Research Initiative. She is studying how Malawi can adapt to the emerging phosphorus challenges. "Before 2008, phosphorus was pretty much taken for granted.” 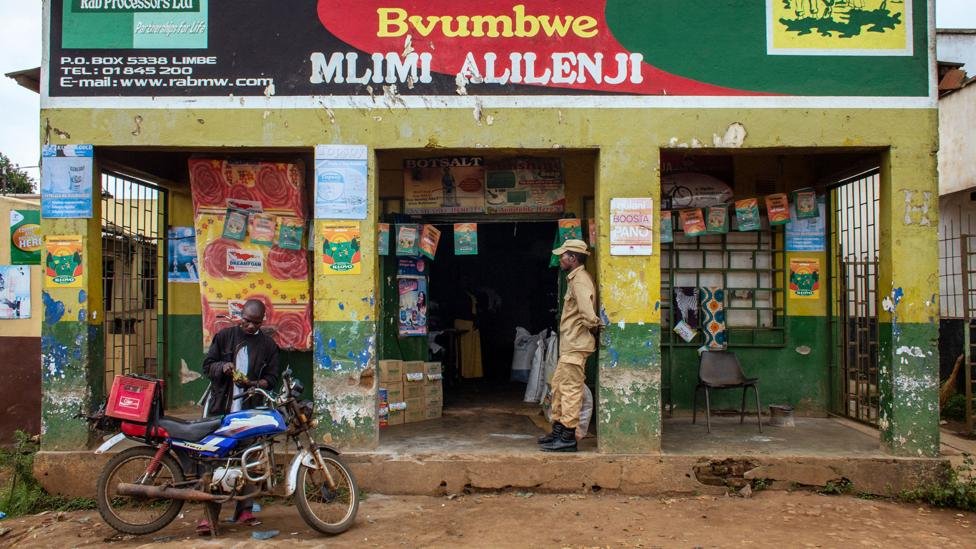 Today, most phosphorus in agriculture comes from mineral fertilisers, sold in shops like this one near Blantyre.

Since then, there have been several assessments of global rock phosphate reserves, with widely differing results. Estimates for when “peak phosphorus” will occur – the moment just before extraction will begin to decline, thanks to depleted high-quality reserves and higher costs of mining the remaining deposits – range from 30 to 300 years. (The numbers vary because of different judgments about quality of deposits and progress in extraction technologies, and because many producers keep a close lid on their data for fear of tipping off the competition.)

But even if there may be enough phosphorus to last centuries, there are other problems with relying on it – like the very uneven distribution of its deposits. "Phosphate resources are more geopolitically concentrated than oil," Cordell says. "While all countries and farmers need access to phosphorus, only five countries combined control 88 percent of remaining phosphate reserves." Morocco alone has 75 percent of estimated global reserves, some of it in the disputed territory of Western Sahara.

For importing countries, this supply concentration creates both a short-term business risk and a long-term national security risk, Cordell warns.

The situation is especially problematic for a small landlocked nation like Malawi, which is entirely dependent on imports – making it vulnerable to global price spikes and a difficult world market. 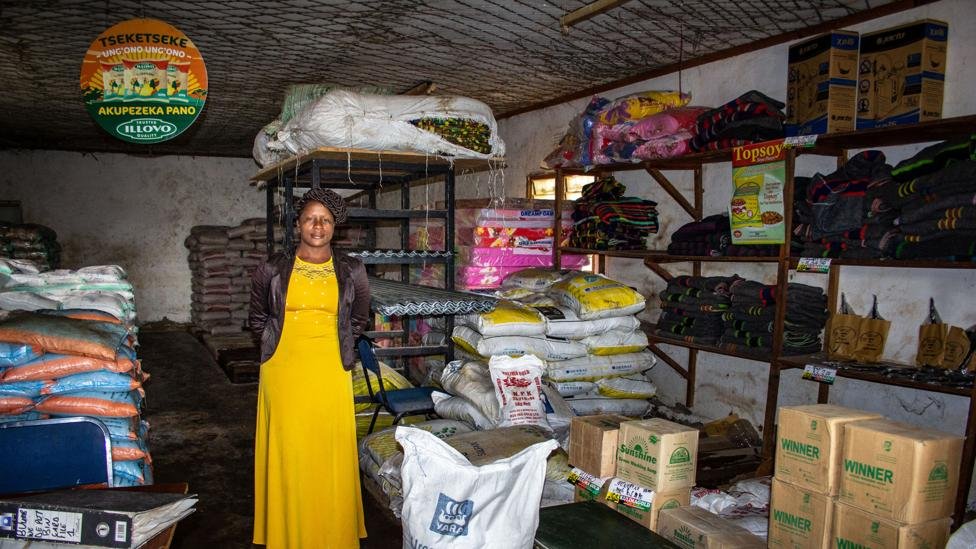 In Malawi, farmers are entirely dependent on phosphorus imports.

Making matters more difficult, for fertiliser to be helpful, it needs to be bought early in the season – but they won’t know at that point if other factors, like weather and pests, will work out. They may spend their little savings on fertiliser only for pests to ruin the crop late in the season. As a result, for many farmers, each bag of fertiliser is a gamble. Each time, they have to ask themselves whether buying phosphorus is worth the risk.

To help farmers access fertiliser, the Malawian government launched a comprehensive subsidy programme in 2005. Coinciding with favourable weather, it brought some improvement in its first years. But over time, yields have stagnated.

The solution to Malawi's phosphorus problems, it turns out, requires more than just pouring mineral fertiliser onto the land.

The problem is chemistry. The soils in Malawi and in much of sub-Saharan Africa are acidic. This means most phosphate ions quickly bind with iron or aluminium oxides and are no longer available for plants.

This means that, even when there is a lot of phosphorus around, much of it is practically useless for agriculture. As a result, before mineral fertilisers can be fully effective, the structure of the soils needs to change. 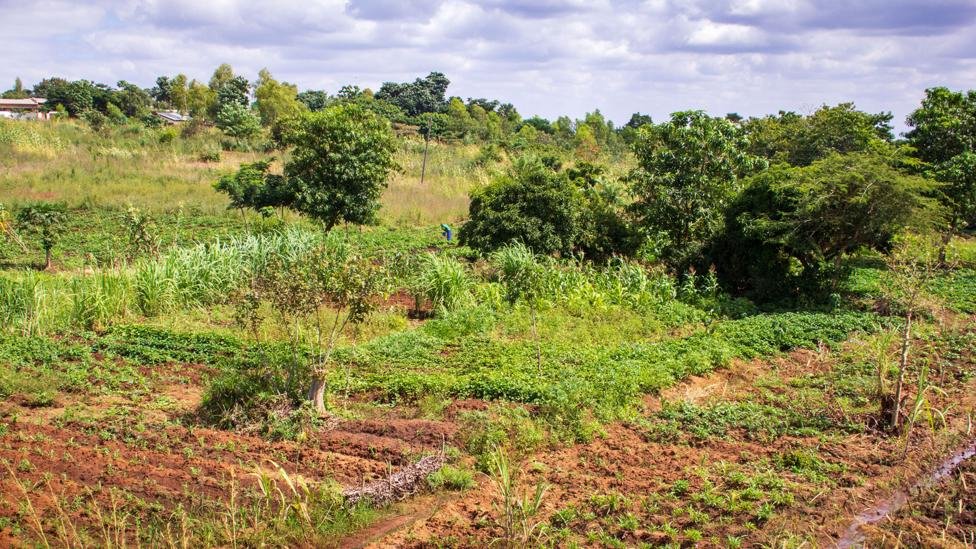 Because of the acidity of the soil, phosphate ions quickly become unavailable for plants after they’re put in the ground.

A mineral fertiliser can’t do that. But compost can.

That is because compost can do something that mineral fertiliser cannot. It doesn't just provide phosphorus and other vital nutrients – it can also restore the soil structure by adding organic matter.

Healthy, productive soil is not just dirt with some nutrients; it is a living ecosystem, explains van der Ham. And keeping this ecosystem alive means keeping enough organic matter in the soil to keep microbes, mites, fungi, worms and assorted other critters who live there happy, well fed and able to do their jobs. One of their jobs? Solubilising – which means freeing phosphorus and other nutrients from their bonds and making them available for plants.

Unlike a mineral fertiliser, compost can restore the soil structure by adding organic matter.

Back at the workshop, van der Ham is trying to drive the point home. "How many people live in Malawi?" he asks. The answer is about 19 million.

"You see," he says with a smile, "there are more organisms in a teaspoon of healthy soil than there are people in all of Malawi."

Van der Ham practises what he preaches. On his own fields, he hasn't used mineral-based fertiliser for over six years. Instead, his crops get all their phosphorus and other nutrients from compost, manure, and mulching.

There is also yet another benefit of compost compared to mineral fertilisers: it is more accessible.

Billy Bray leads the Malawi branch of a Dutch NGO called Waste, which focuses on sanitation. "We need to generate value from waste," he says, "so we create new sources of income, and discourage illegal dumping and other practices. And compost is a very valuable product here." His group works closely with Blantyre’s city government and is currently building a pilot facility at one of Blantyre's water treatment plants. "Our idea is to reduce the risk for local entrepreneurs. If we can prove that compost can be profitable, that there is a market, others will follow," he says. 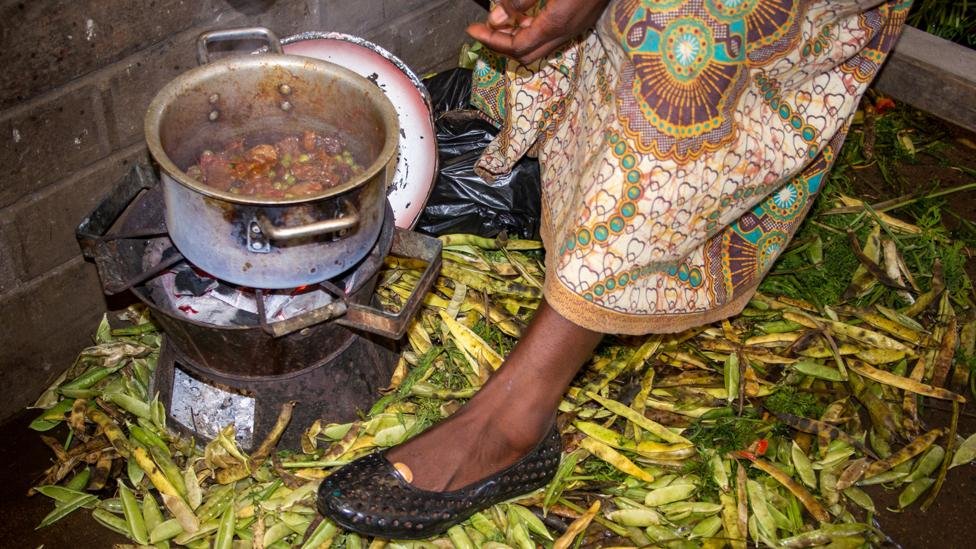 Because compost comes from organic waste, it’s not only valuable, but accessible.

But raising awareness about the issue isn’t always easy.

"Nutrient recovery is not on people's mind at the moment," says Emmanuel Kanjunjunju, Blantyre’s director of health and social services. "They have so many other problems. But as the city, we have to think ahead. You can't work in a crisis. You will always be failing. These systems have to be planned 10, sometimes 30 years ahead…

"It's difficult in the sense that you have a current situation, where you just want to address the problems of today. But people forget: for these problems to reach the way they are today, it may be because we did not plan.”

At the moment, the team from Waste is building drying beds for fecal sludge. In the end, the dried sludge will make up about 5 percent of the finished compost. The rest comes from market waste, like spoilt fruit and vegetables, as well as chicken manure from a nearby poultry farm. 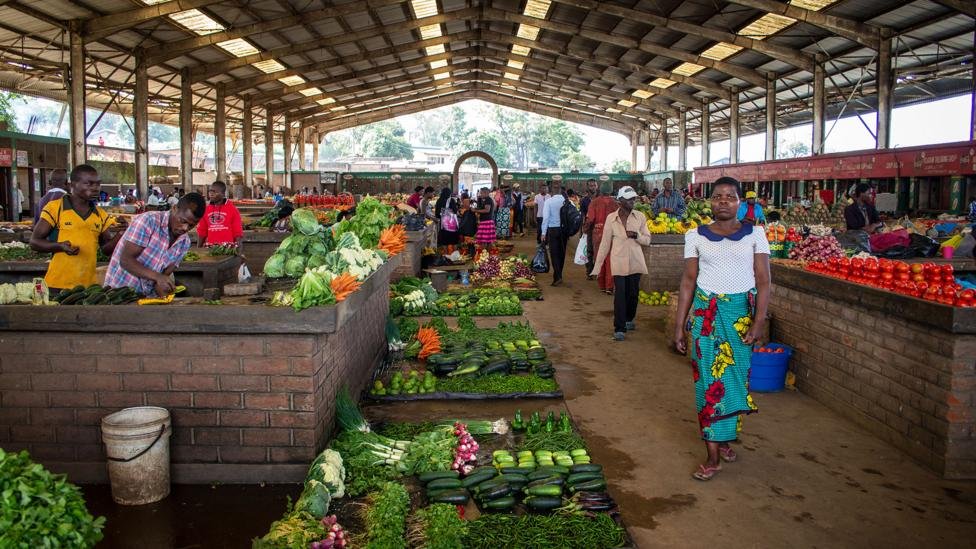 Market waste is one important potential source of compost.

The NGO’s goal is to produce about 1,000 tonnes of compost per year for the wholesale market. "The smallholders won't buy from us," says Bray. "But they will follow the example of the big farmers once they see the results."

"Technological fixes alone won't solve the phosphorus problem," says Johan Six, professor for sustainable agroecosystems at ETH Zürich. "We need a much more integrated approach to the way we do farming."

He and his colleagues are analysing how farming methods like agroforestry, intercropping and conservation agriculture affect the composition of soils. "We have known for a long time that these methods can be beneficial for the nutrient balance in soils," Six says.

But until recently, the focus has been mostly on nitrogen and carbon. "Phosphorus availability is much more difficult to measure and has been somewhat neglected,” he says. “This is beginning to change, but there is still a lot we don't know about how phosphorus is actually behaving in the soil." This information will be vital if these new methods are to be deployed at a larger scale. 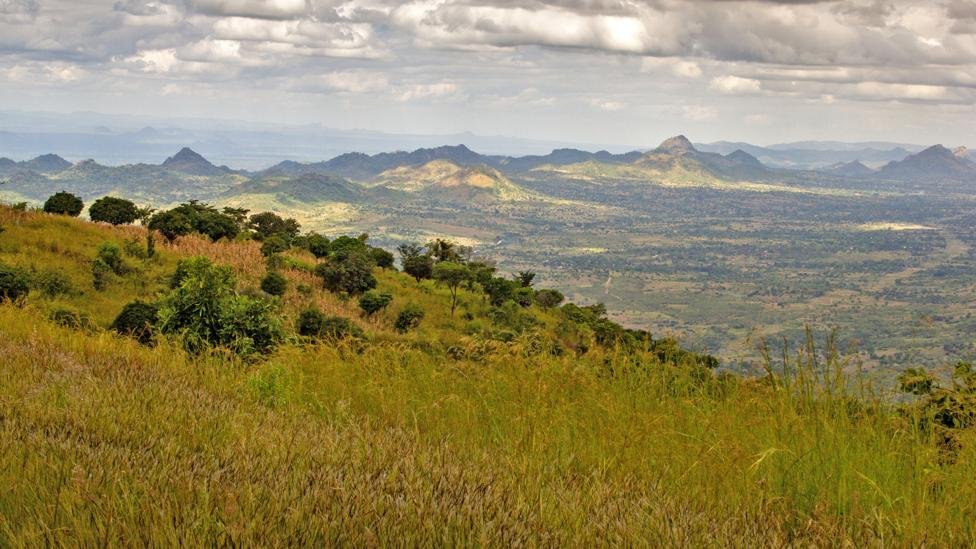 More research is needed on how phosphorus actually behaves in the soil.

In Malawi, Six and his colleague Janina Dierks study the effects of faidherbia trees, a local type of acacia, on maize. The farmers like these trees because the plants shed their leaves during the rainy season, so they compete less for sunlight with the crops. Faidherbia trees have rich communities of symbiotic mycorrhiza, fungi that live in the root system. Greenhouse experiments show that the tiny organisms facilitate the uptake of nutrients like nitrogen and phosphorus not just for their hosts, but for other plants, too.

Six and Dierks want to find out if this is true in the field as well – and if so, to what extent.

Ultimately, to manage phosphorus sustainably, one has to consider the entire system: from microorganisms to trees, local farmers to fertiliser manufacturers, regional governments to global traders. 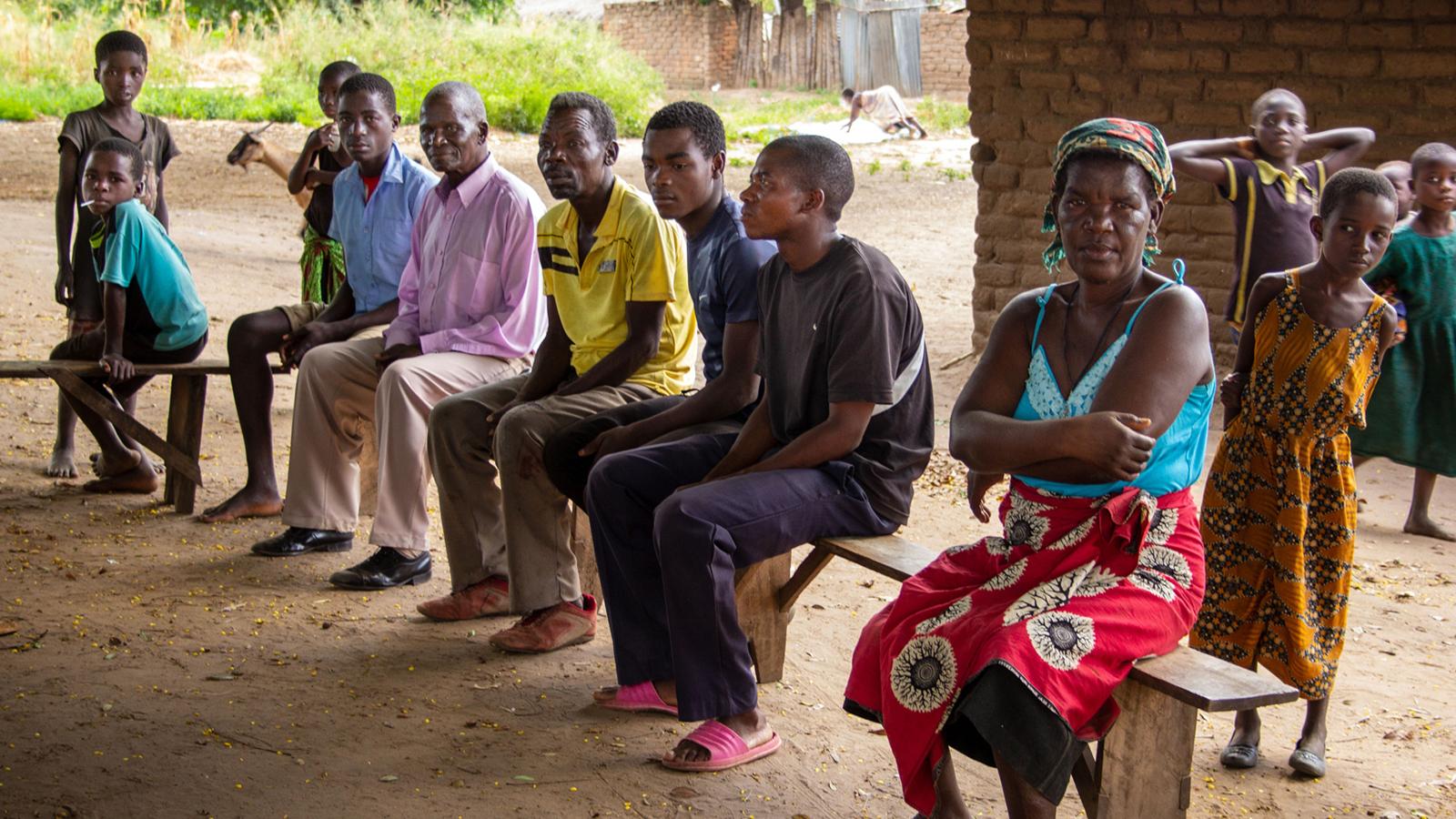 In order to manage phosphorus sustainably, one has to consider the whole system, including local farmers like these in Ndindi village.

"And to be able to do this, you have to know what goes where," says Frank Mnthambala, a PhD student at the Malawi Polytechnic at the University of Malawi, who works with Dana Cordell and other scientists.

Mnthambala is currently tracking the flow of phosphorus through the Malawian system. He notes that there are many unused sources of phosphorus in the system – like fecal sludge, runoff from fisheries or different kinds of compost. "But nobody has ever quantified them before," says Mnthambala, and without being quantified, it’s hard to prioritise which ones should be tapped into. 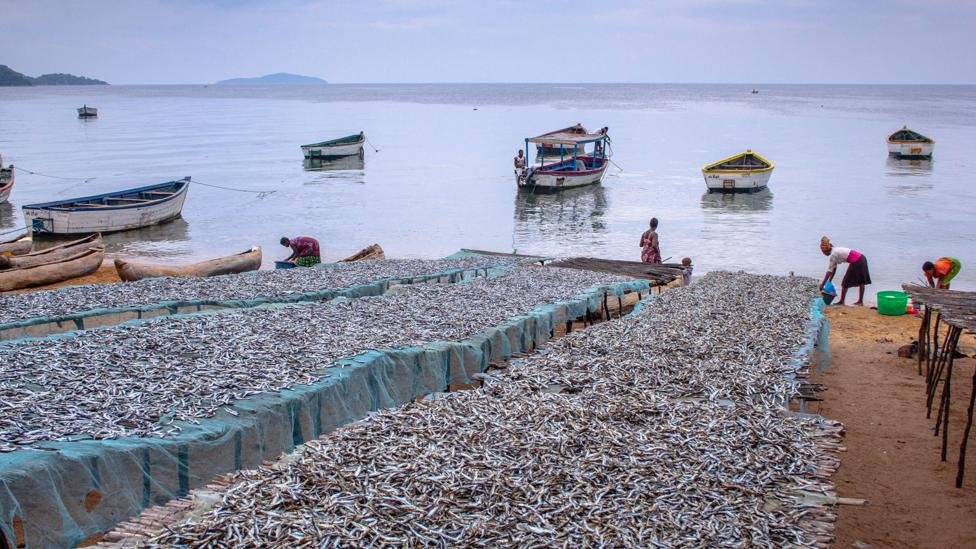 Runoff from fisheries could be another source of phosphorus.

Once Mnthambala has found the most promising sources for phosphorus recovery, figuring out how to access them will be his next step.

"Our goal is to make Malawi more independent from imports,” Mnthambala says. “And managing our nutrients will help us to achieve this goal."

This story was reported with support from the European Journalism Centre (EJC), funded by the Bill and Melinda Gates Foundation.