Oliver Sacks at the New York Botanical Garden. Photo by Bill Hayes from How New York Breaks Your Heart.

“I work like a gardener,” the great painter Joan Miró wrote in his meditation on the proper pace for creative work. It is hardly a coincidence that Virginia Woolf had her electrifying epiphany about what it means to be an artist while walking amid the flower beds in the garden at St. Ives. Indeed, to garden — even merely to be in a garden — is nothing less than a triumph of resistance against the merciless race of modern life, so compulsively focused on productivity at the cost of creativity, of lucidity, of sanity; a reminder that we are creatures enmeshed with the great web of being, in which, as the great naturalist John Muir observed long ago, “when we try to pick out anything by itself, we find it hitched to everything else in the universe”; a return to what is noblest, which means most natural, in us. There is something deeply humanizing in listening to the rustle of a newly leaved tree, in watching a bumblebee romance a blossom, in kneeling onto the carpet of soil to make a hole for a sapling, gently moving a startled earthworm or two out of the way. Walt Whitman knew this when he weighed what makes life worth living as he convalesced from a paralytic stroke: “After you have exhausted what there is in business, politics, conviviality, love, and so on — have found that none of these finally satisfy, or permanently wear — what remains? Nature remains; to bring out from their torpid recesses, the affinities of a man or woman with the open air, the trees, fields, the changes of seasons — the sun by day and the stars of heaven by night.” 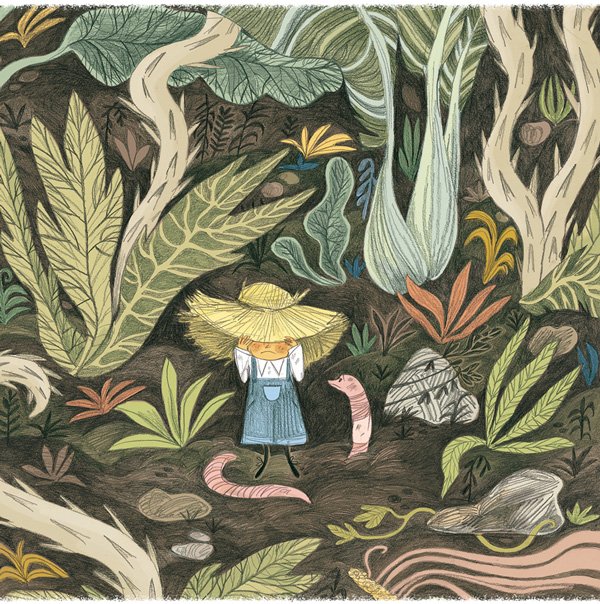 Those unmatched rewards, both psychological and physiological, are what beloved neurologist and author Oliver Sacks (July 9, 1933–August 30, 2015) explores in a lovely short essay titled “Why We Need Gardens,” found in Everything in Its Place: First Loves and Last Tales (public library) — the wondrous posthumous collection that gave us Sacks on the life-altering power of libraries. He writes:

As a writer, I find gardens essential to the creative process; as a physician, I take my patients to gardens whenever possible. All of us have had the experience of wandering through a lush garden or a timeless desert, walking by a river or an ocean, or climbing a mountain and finding ourselves simultaneously calmed and reinvigorated, engaged in mind, refreshed in body and spirit. The importance of these physiological states on individual and community health is fundamental and wide-ranging. In forty years of medical practice, I have found only two types of non-pharmaceutical “therapy” to be vitally important for patients with chronic neurological diseases: music and gardens. 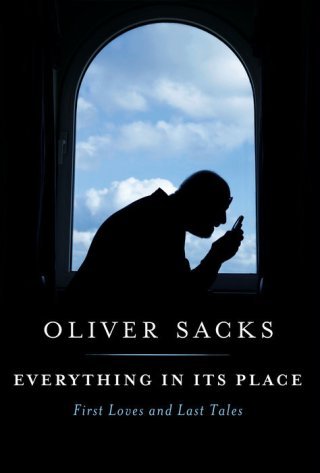 Having lived and worked in New York City for half a century — a city “sometimes made bearable… only by its gardens” — Sacks recounts witnessing nature’s tonic effects on his neurologically impaired patients: A man with Tourette’s syndrome, afflicted by severe verbal and gestural tics in the urban environment, grows completely symptom-free while hiking in the desert; an elderly woman with Parkinson’s disease, who often finds herself frozen elsewhere, can not only easily initiate movement in the garden but takes to climbing up and down the rocks unaided; several people with advanced dementia and Alzheimer’s disease, who can’t recall how to perform basic operations of civilization like tying their shoes, suddenly know exactly what to do when handed seedlings and placed before a flower bed. Sacks reflects:

I cannot say exactly how nature exerts its calming and organizing effects on our brains, but I have seen in my patients the restorative and healing powers of nature and gardens, even for those who are deeply disabled neurologically. In many cases, gardens and nature are more powerful than any medication. 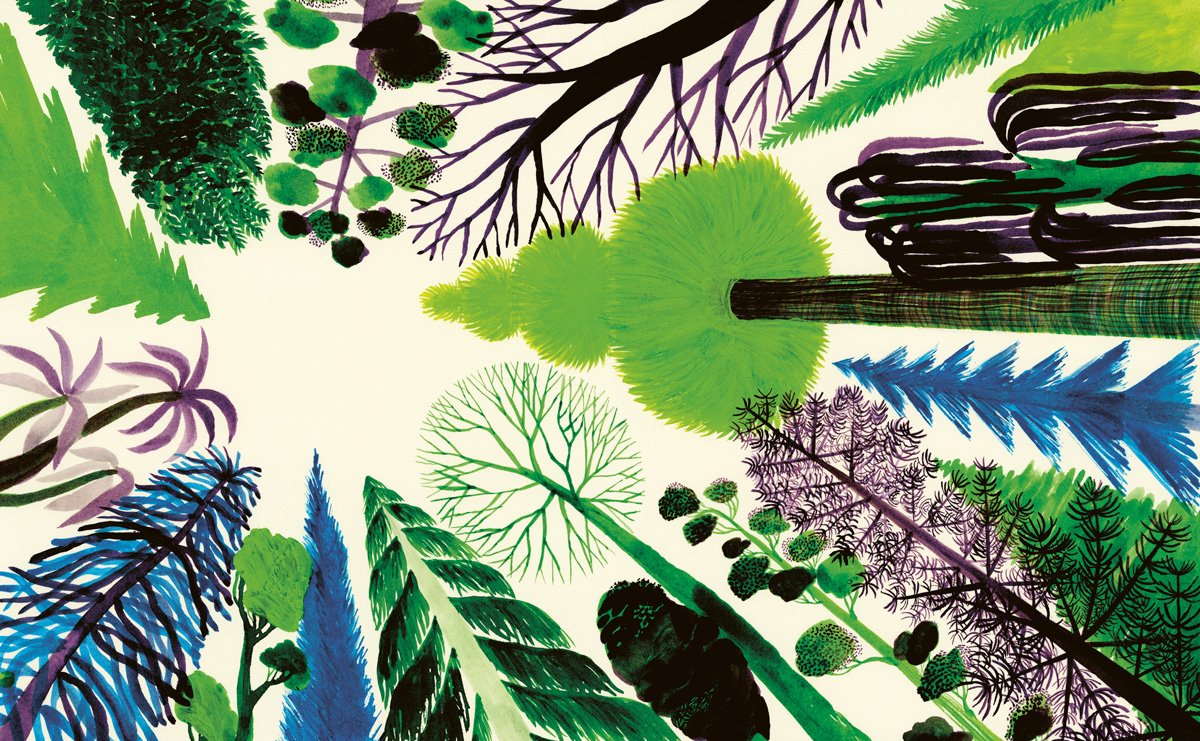 Art by Violeta Lopíz and Valerio Vidali from The Forest by Riccardo Bozzi.

More than half a century after the great marine biologist and environmental pioneer Rachel Carson asserted that “there is in us a deeply seated response to the natural universe, which is part of our humanity,” Sacks adds:

Clearly, nature calls to something very deep in us. Biophilia, the love of nature and living things, is an essential part of the human condition. Hortophilia, the desire to interact with, manage, and tend nature, is also deeply instilled in us. The role that nature plays in health and healing becomes even more critical for people working long days in windowless offices, for those living in city neighborhoods without access to green spaces, for children in city schools, or for those in institutional settings such as nursing homes. The effects of nature’s qualities on health are not only spiritual and emotional but physical and neurological. I have no doubt that they reflect deep changes in the brain’s physiology, and perhaps even its structure. 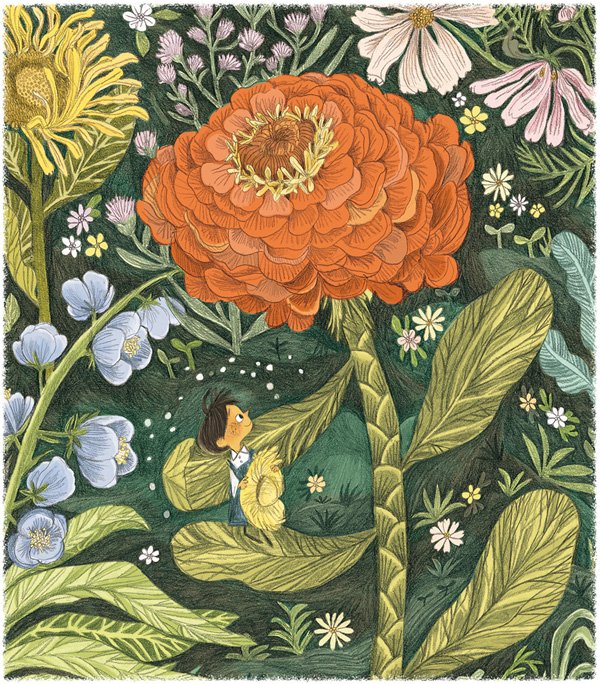 Complement this particular fragment of the altogether delicious Everything in Its Place with naturalist Michael McCarthy on nature and joy, pioneering conservationist and Wilderness Act co-composer Mardy Murie on nature and human nature, and bryologist and Native American storyteller Robin Wall Kimmerer on gardening and the secret of happiness, then revisit Oliver Sacks on nature and the interconnectedness of the universe, the building blocks of identity, the three essential elements of creativity, and his stunning memoir of a life fully lived.