If you fly over the desert on the southern coast of Peru, you’ll spot dozens of line drawings, stretching hundreds of feet across the arid landscape. The Nazca people created these images—depicting such characters as a whale, a hummingbird, and an astronaut-esque man—nearly 2,000 years ago. The etchings may have served as a massive astronomical calendar or offered tribute to the gods, though their actual purpose still eludes historians. While some suspect alien interference, the methods the Nazca used probably aren’t quite so far-fetched. 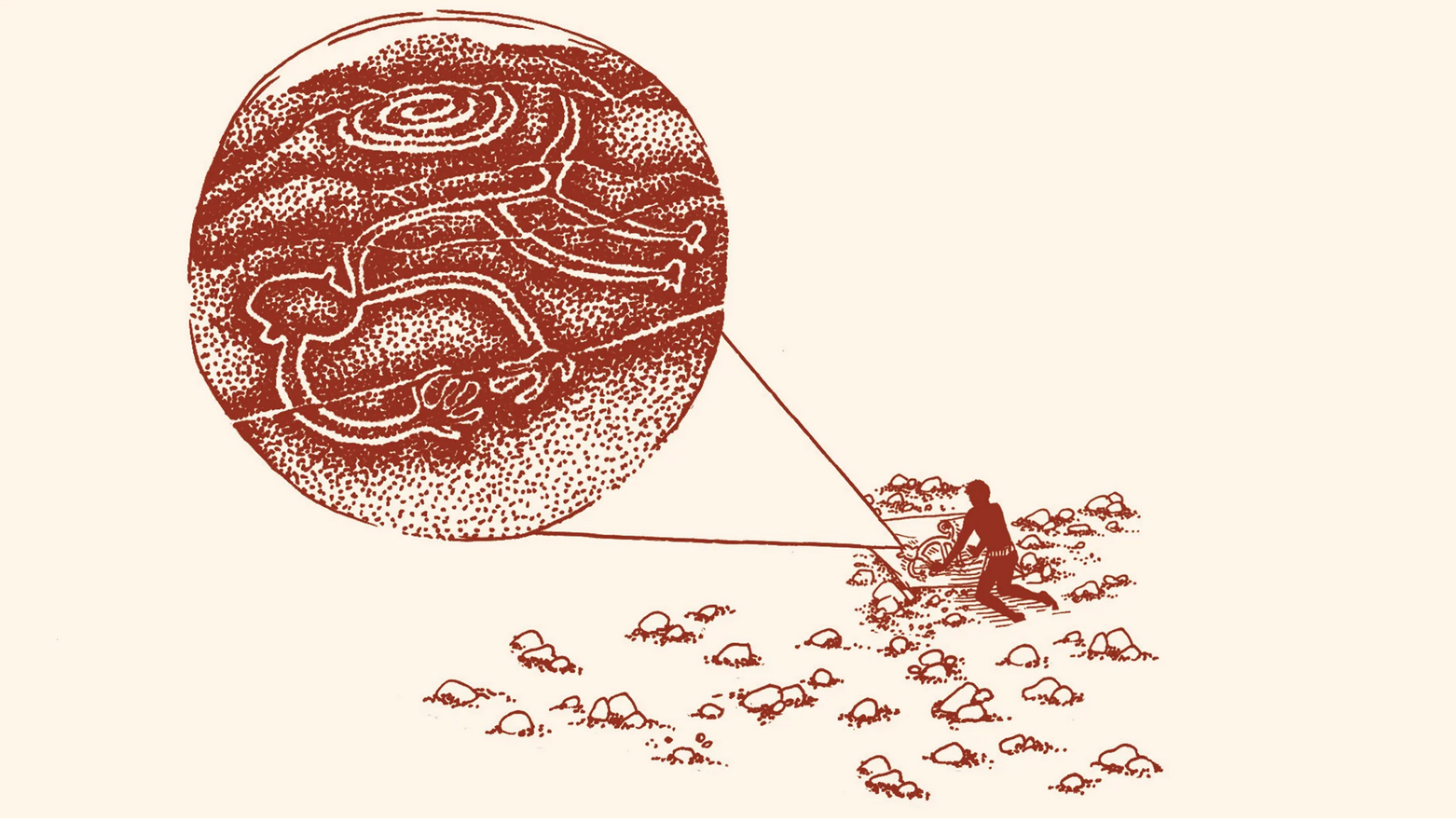 One theory holds that artists first painted these designs on canvas. They could sketch an image, then scale it up proportionally with some type of grid system, as today’s architects do with blueprints. They’d use poles and rope to map the lines across the desert. 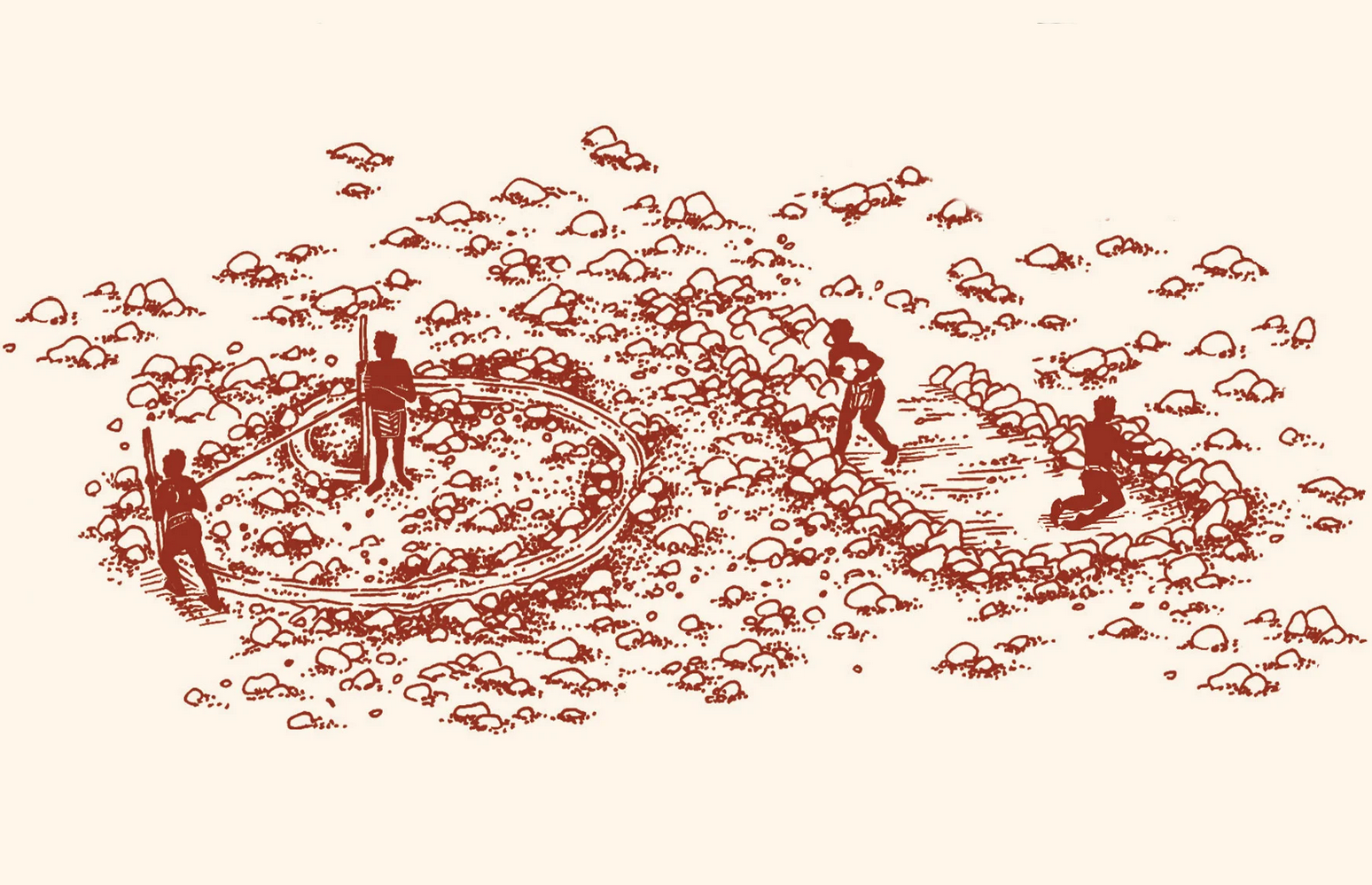 To create straight lines, the Nazca people would pull a cord taut between two stakes, then etch the paths by scraping away dark rock to reveal a lighter layer beneath. They created spirals by tying a cable to a central post and walking around in circles. 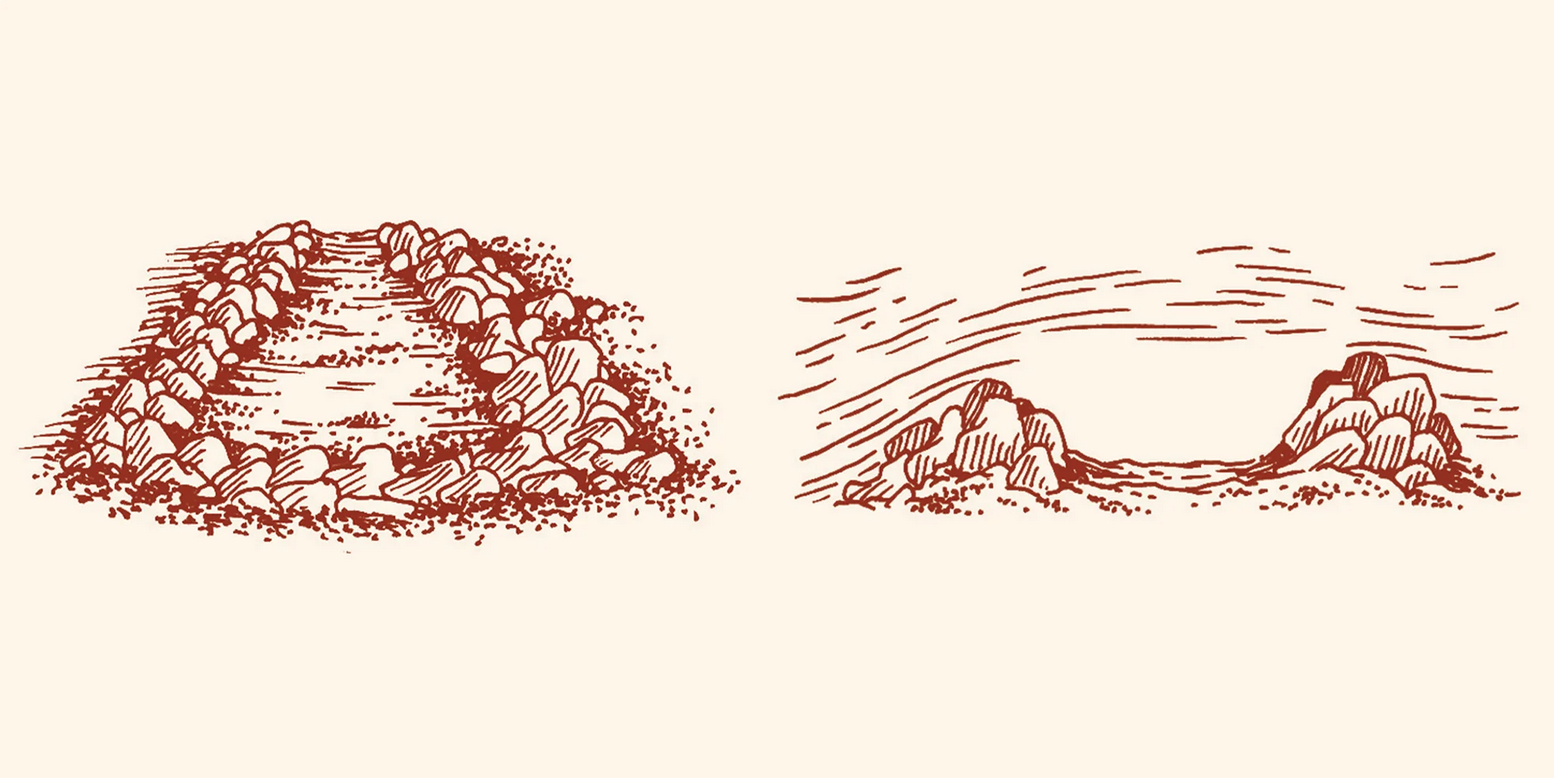 Winds and rain could easily turn the desert back into a blank russet canvas. That’s why the Nazca piled up oxidized stones on the sides of their markings; the rocks are heavy enough to withstand gusts and the region’s scant rain, protecting the lines within. 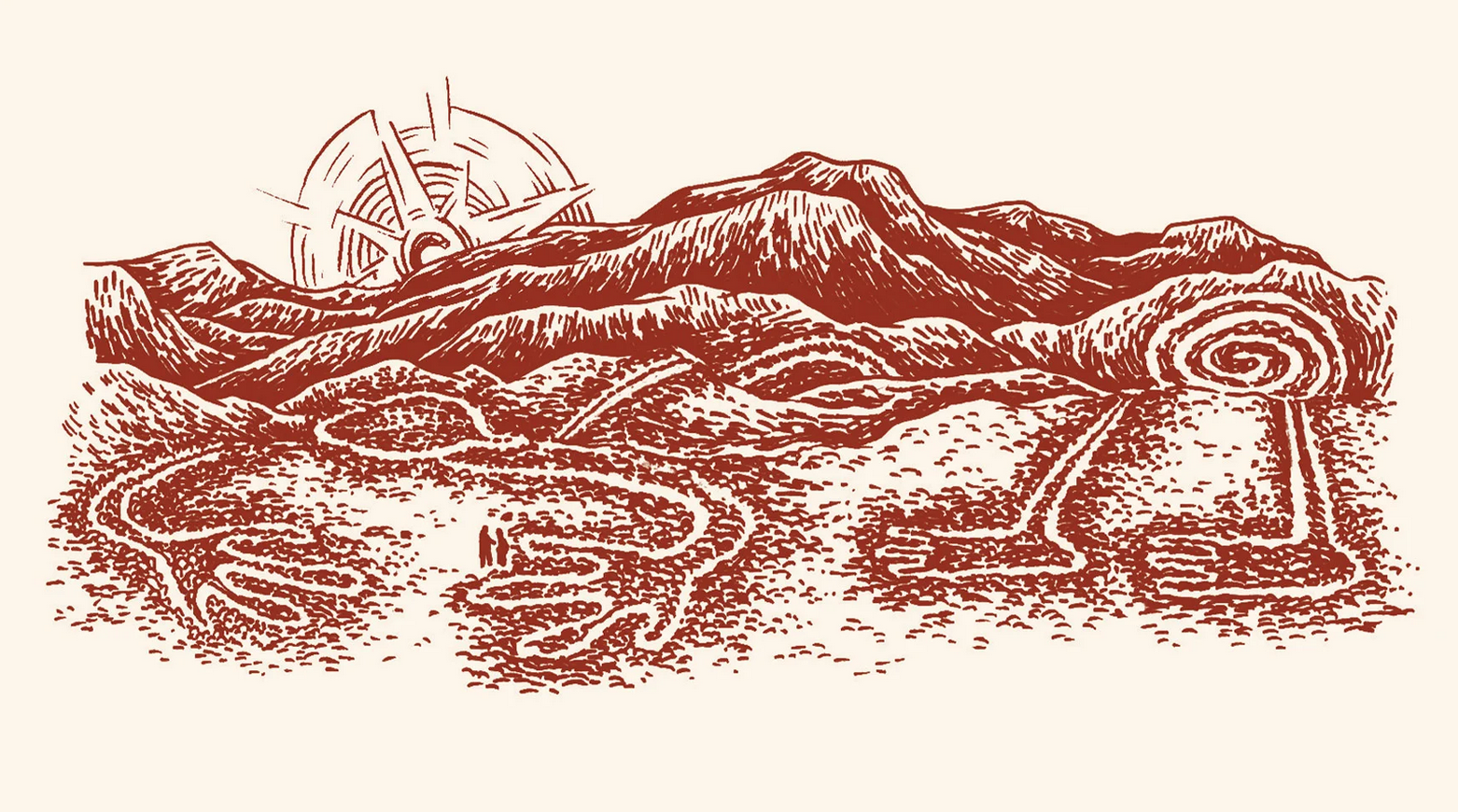 These sketches caught public attention in the early 20th century, as planes gave us a bird’s-eye view—the best way to take them in. But the Nazca didn’t need anachronistic (or alien) flying machines to see their creations: They’re visible from nearby mountain peaks.

This story appears in the Fall 2020, Mysteries issue of Popular Science.