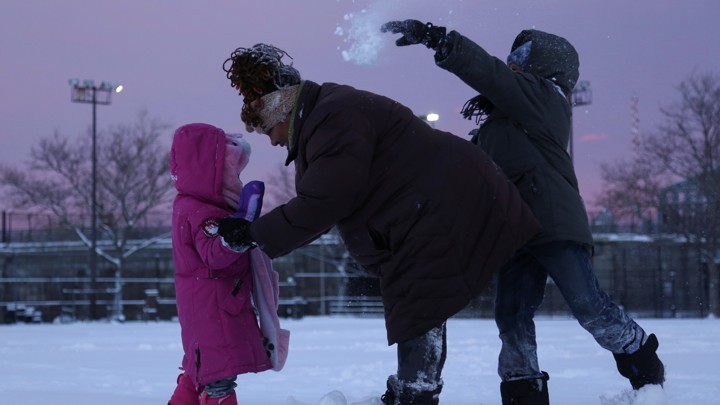 It tends to be common knowledge that Albert Einstein was bad at school, but less known is that he was also bad in school. Einstein not only received failing grades—a problem for which he was often summoned to the headmaster’s office—but he also had a bad attitude. He sat in the back of the class smirking at the teacher; he was disrespectful and disruptive; he questioned everything; and, when he was faced with the ultimatum to straighten up or drop out, he dropped out. That’s right: Albert Einstein was a dropout. And yet, he grew up to become one of the greatest thinkers in human history.

One can write off Einstein’s accomplishments as an exception to the rule; they can reason that his behavior was actually a symptom of being so smart that school didn’t challenge him, which is probably somewhat true. But what if what made Einstein a change agent was his rebellious nature rather than his intelligence? After all, the world is full of brilliant people who accomplish very little compared to Einstein.

I have a student like this in my class. He is a brilliant creative writer. I give him highly intellectual books, articles, and authors to read on his own because he often asks me highly intellectual questions that I can’t quite answer, but for which I know he will find answers in those texts. He typically brings the book back to me in a few days, having read it cover to cover and dog-eared most of its pages.

He is failing two classes but stays up all night long to write short stories and comes to school overtired and irritable. He rolls his eyes at anything he deems as busy work, comes into class and intentionally sits with his back to me, and continues to chat with friends long after I have started the lesson. He barely completes most assignments, if at all, and I have to constantly nag him to focus and stop distracting other students.

He is, in short, a huge pain. But when his parent came in to have a conference with me last fall, I found myself looking a worried adult in the eye and telling him what I believe to be the truth: His son is going to be okay. In fact, I told him that his son will someday stand out from the others; he will find a career he loves because he is passionate, intense, brilliant, and fiercely independent. Even though this student is a pain to teach, he is someone I will likely respect when he matures into an adult.

Throughout my years as an educator, the colleagues I admire the most tend to fit the same description. My favorite colleagues ask tough questions of school leadership, are impatient with the status quo, and often intentionally break rules if it means a better education for the students in their classrooms. What tends to be expected of students in schools is the opposite of what many people admire in adults. And yet, students who raise their hands, sit quietly, do their work without question, and generally have figured out how to “do school” are the ones who tend to benefit most from the system and the ones who seem to have the strongest “work ethic” in the classroom. In a study of teacher expectations and perceptions on student behavior, most teachers noted that self-control and cooperation were the most important indicators of school success.

I can attest that students who are self-disciplined, quiet when asked to be quiet, and generally do what they are told in a cooperative manner tend to be easier to teach. Like many teachers, I have validated these behaviors through extrinsic rewards and praise. But I have also found that sometimes the students who are uncooperative, undisciplined, and even rude tend to be strong leaders. In fact, in a recent study, children who were found to be defiant rule-breakers tended to grow up to be academic over-achievers and high-earning adults. Other students seem to gravitate toward these types of students. This is why people often speak admirably of the “class clown”—there is something intriguing about a rebel, even if the rebel’s behavior is destructive.

I recently heard on the radio a state legislator speaking of the importance of developing “soft skills” for the workforce. He elaborated on the merits of understanding the importance of a firm handshake, showing up 10 minutes early, and being a “team player.” As I listened to him, I thought these were admirable traits—traits that my own father tried desperately to instill in me, which I generally ignored—but they were mostly values held by an older generation. And he isn’t incorrect; research shows that “conscientious” and “agreeable” people are often more successful in the workplace. But maybe the problem is with the various definitions of success, rather than with individuals who do not fit the profile of an agreeable worker. After dropping out of school, many would have believed Einstein to be unsuccessful, but I doubt many people would say that now.

If the definition of success can change according to perception, so too can the definition of work ethic. Millennials tend to have a vastly different definition of work ethic than traditional business employers do. For example, 9 percent of college students define preparedness as “work ethic,” compared to 23 percent of business leaders and 18 percent of recruiters. And while the definitions of work ethic and success are already evolving given the Silicon Valley mentality that rebellious youth can be valuable disrupters, the general, traditional perception is that the employers have it right, while the millennials need to be whipped into shape considering they are “often the last hired and first fired.” But maybe it’s employers who need to adapt to a new generation of thinkers and not the other way around.

In his book Originals, Adam Grant gives example after example of original thinkers like Einstein who changed the world by rebelling against the status quo. He notes that procrastination, consistent tardiness, and a tendency to upset authority figures are actually important characteristics for original thinkers. I’m sure the state legislator on the radio would have been infuriated by a young Einstein with a bad attitude. But the rebels in the world are often the ones who change it the most.

A few years ago, I taught a student who, like the aforementioned one I currently teach, was awful in class. He was rude, disrespectful, disengaged, and spent every ounce of his energy trying to entertain his peers regardless of the frustration it caused me as the teacher. He didn’t care about getting into trouble—detentions, suspensions, and daily visits to the principal’s office were utterly ineffective in managing his behavior. I would love to say that through hard work, persistence, and a few heart-to-heart talks, he was suddenly a great student who made straight As, but that isn’t what happened. He was a difficult student from the start to the end of the school year, and for the rest of his high-school career, as my colleagues often shared.

But this former student recently found me on social media and wrote to explain that he had matured after high school, enrolled in college, and started acting in the plays produced by his college’s drama department. He got his degree and now manages a drama camp for teens. This didn’t surprise me: As the drama director back then, I saw a difference in him on stage versus sitting at a desk. He even had some pretty good days in class if we did skits or readers’ theater. He wasn’t a bad kid; he was a performer. Yet I worried about his future—in fact, I wished desperately for him to switch schools—because he just couldn’t seem to “get it together” and often made my job much more difficult.

Now I see that he wasn’t the problem at all—rather, it was the traditional expectations of school behavior and subsequent definition of success. The influence that traditional thinking had on me as an educator affected how I viewed him.

Granted, teaching is difficult enough without expecting individual teachers to encourage defiant and difficult behavior in the hopes that it will lead to children who grow into original thinkers as adults, but there are ways for teachers to encourage and set boundaries for such behavior. Teachers can create strengths-focused classrooms that help students like the class clowns and the rebels see the value in their gifts and reframe them positively, rather than seeking negative attention. As with my former student, this isn’t always possible on a day-to-day basis, but because I found ways to integrate dramatic arts into my lessons and offer him opportunities to perform inside and outside the classroom, I do think I was able to guide him to a positive outlet for his natural talents and instincts.

And there is no denying that rebels can be dangerous, both inside and outside the classroom. There is inherently a destructive nature to rebellion. A disruptive student can utterly destroy a positive learning environment for him or herself, the other students, and the teacher. And embracing dangerous rebels can also have negative impacts elsewhere. Yet, his continued brand as a rebel outsider bringing in his friends does gain support from many. It occurs to me that by providing opportunities for young rebels to find positive outlets for rebellion as my current student has with writing and my former one did with drama, they could become assets to society’s institutions, rather than a liability.

Even though the class clown, the snarky kid in the back, and the D-student may create problems for teachers and the school, they often have skills that can’t always be taught. They tend to be courageous, outspoken, persistent, and creative people—kids who may not make great students or become the kind of employees with a “really strong handshake,” but who instead become the kind of people who lead and forge new paths for others. As a teacher and a parent, I want to help create those kind of people. I want to help mold people who don’t just learn to show up on time, but bring something positive and original to the table when they get there.

Ashley Lamb-Sinclair is a high-school instructional coach. She is the 2016 Kentucky Teacher of the Year and the founder and CEO of Curio Learning.