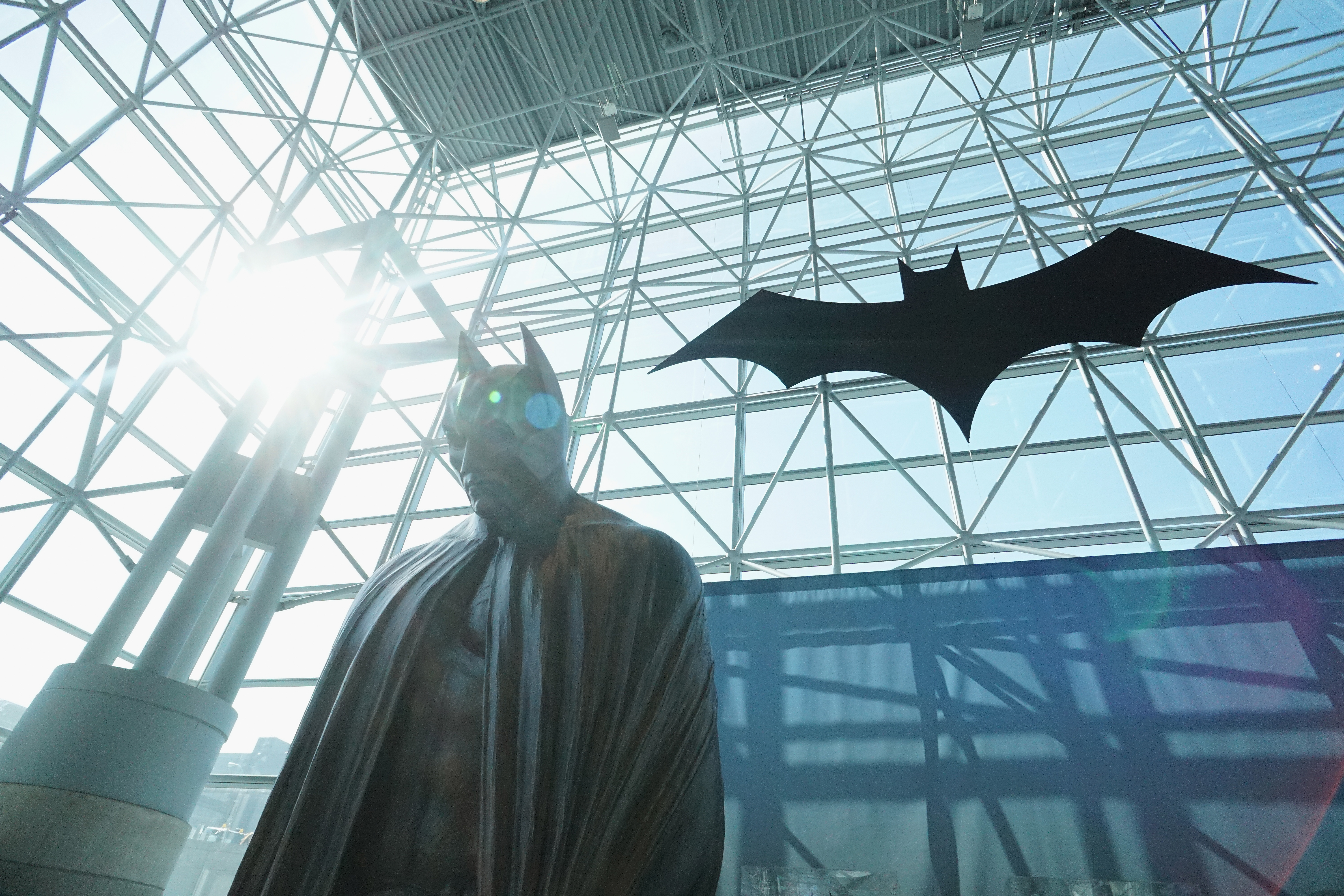 Michael Uslan lived and breathed comic books. When he was a teenager, his collection was so vast, it consumed his parents’ New Jersey garage. In seventh grade, he co-founded a comic book club that coordinated a field trip to DC Comics’ Manhattan headquarters. He even completed a script for a daily comic strip about the Cricket, a superhero he invented, and submitted drafts to newspapers. An employee at The Sacramento Union was so impressed, he suggested they collaborate—until he realized the author was in junior high.

No superhero fascinated Uslan like Batman. Unlike Superman, Batman didn’t have special powers. His strength came from his will, training, and armored flying suit. Batman was human and damaged—as a child, he’d watched a stranger murder his parents and swore to avenge their deaths. That origin story deeply affected Uslan, who couldn’t consider a world in which his mom and dad didn’t exist.

So it was with great excitement that he tuned in to the ABC premiere of Batman on January 12, 1966. Watching it, Uslan’s heart sank. Portrayed by Adam West, TV’s Batman was stilted, overly earnest, and almost buffoonish. Paired with his guileless sidekick, Robin, he wore tights and spoke in corny adages (“Crime never pays!”) while imparting good-citizen lessons about proper grammar and paying taxes. Even the bad guys were ham-handed jokes, nothing like the terrifying, unhinged criminal overlords of the comic. The fight scenes? Slapstick routines replete with full-screen flashes of onomatopoeic gibberish (“Pow! Crash! Boff!”).

“Society was laughing at Batman—and that just killed me,” Uslan said in the 2013 documentary Legends of the Knight. To him, Batman was an orphan whose vigilantism was a civic and emotional reconciliation, not a campy pop-art punch line. There and then, teenage Uslan made his own Bruce Wayne–like vow: “I would restore Batman to his true and rightful identity as the Dark Knight, a creature of the night stalking criminals from the shadows...a master detective who survived and thrived more by his wits than by his fists.”

He would do this by making his own Batman movie. 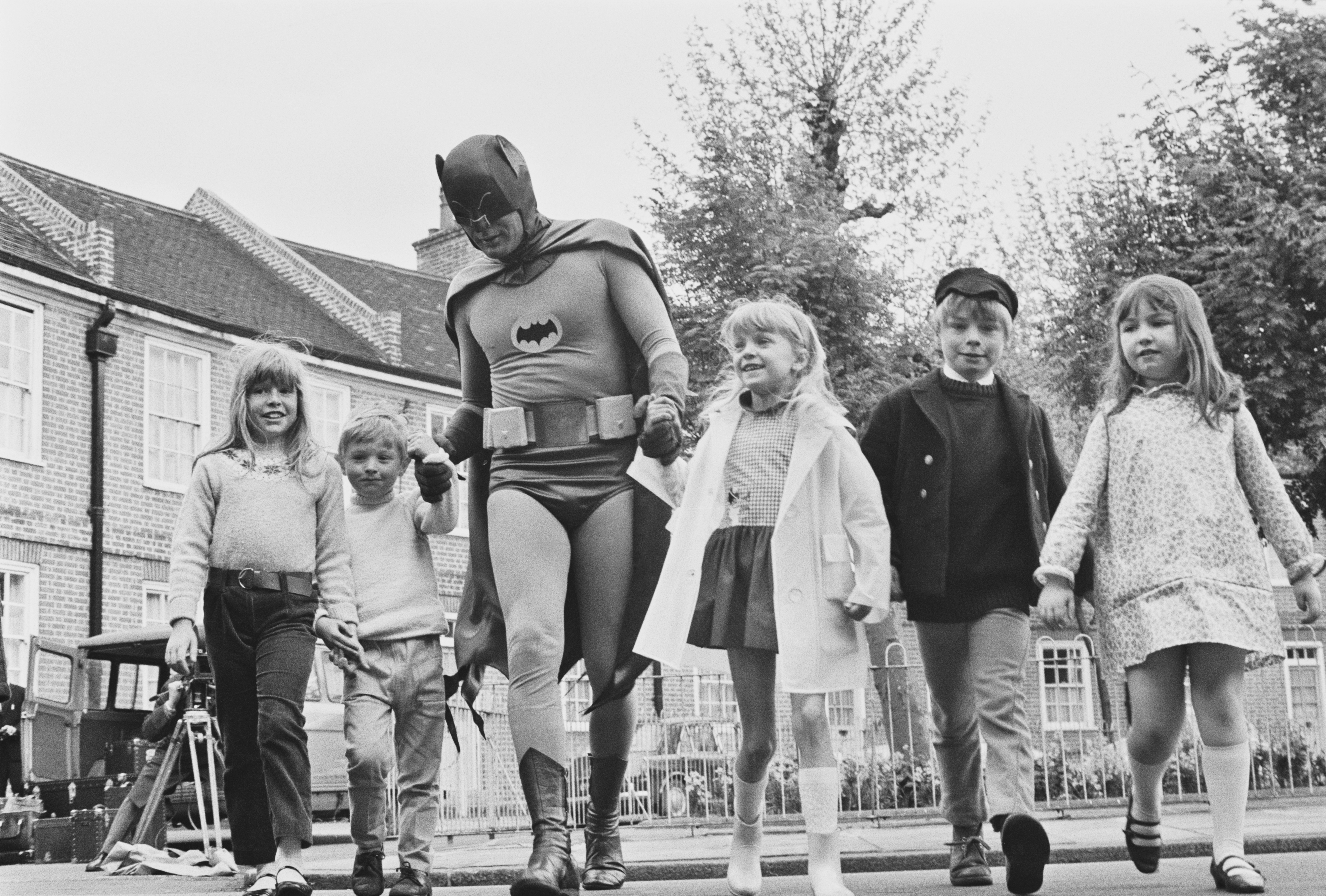 Born in Jersey City, New Jersey, to a mason contractor father and a bookkeeper mother, Uslan learned to read by thumbing through his older brother’s comics. At 5, his brother brought him to a candy shop and let him pick two comics, one of which was Detective Comics #236, a 1956 title featuring Batman and Robin battling mobsters in a purple armored Bat-Tank.

Batman quickly became an obsession. Soon, Uslan was dutifully purchasing every title in which the Caped Crusader appeared. “In my heart of hearts, I believed that if I studied really hard and worked out really hard, and if my dad bought me a cool car, I could be this guy!” Uslan remembers in his 2011 memoir, The Boy Who Loved Batman. By the time he was a high-school senior, he’d amassed a collection of 30,000 comic books.

In 1972, the College of Arts and Sciences at Indiana University, Bloomington, offered an experimental program allowing students to pitch entirely new classes for credit. As a junior undergrad, Uslan drew up a syllabus outlining the scholarly merits of comic books and presented it to the department’s board, arguing that superheroes were modern mythological gods. The attendant dean cut him off, insisting “funny books” were entertainment for children.

Thinking quickly, Uslan, who wore a Spider-Man T-shirt to the meeting, asked the administrator to recite the story of Moses: “Moses was an endangered Hebrew infant sent to safety in a river basket and recovered by a couple who raised him as their own. Later, he became a heroic figure to his people after learning his heritage.” Then Uslan asked him to recall Superman’s genesis: “Superman was an endangered Krypton son sent to safety by his parents in a rocket ship, then recovered by a couple who raised”—there, the dean cut himself off, and the 20-year-old became the world’s first professor of a college-accredited comic-books course.

The United Press International ran a story about Uslan’s course, and soon he was fielding television and radio requests from around the globe. Journalists were sitting in his class, which became so popular that the university asked Uslan to adapt it into a correspondence course. They even paid him to write a textbook on the subject. DC Comics also called. The company’s execs had heard Uslan on the radio and wanted to offer him a job. He could work in DC’s Manhattan office in the summer; during his senior year, they’d keep him on retainer. Uslan was beside himself.

Before graduating, Uslan sent 372 résumés to industry names he’d found while scouring Variety, hoping to land a position working in movies or television cartoons. The responses—all two of them—were dismal. Discouraged, Uslan applied to law school, calculating it as a backdoor to Hollywood, and funded his further education (along with his wedding to his college sweetheart) by selling 20,000 comics from his collection.

After law school, he took a position in the legal department of movie studio United Artists, where he drafted contracts for smashes like Raging Bull, Apocalypse Now, and Rocky. He also busied himself plotting out his purchase of the rights to Batman.

The world wasn’t cooperating, though. The DC exec who’d hired him back in college advised Uslan not to waste the money. Batman was considered a “dead brand.” After ABC canceled the TV show, the Caped Crusader’s merchandising sales took a nosedive and never recovered. Warner Publishing had recently negotiated the deal for Superman: The Movie, and would expect the same pricey terms, even though Batman was worth less.

But Uslan wouldn’t be talked out of his dream. He convinced the father of a co-worker, former MGM executive Benjamin Melniker, of the project’s commercial potential, and in October 1979, after six months of negotiation, against all advice or logic, the production partners acquired Batman’s film rights for a reported $50,000. Uslan immediately quit his day job.

That year, the partners started pitching Hollywood studios. One by one, each declined. Execs told Uslan that he was crazy: Outdated TV shows weren’t being remade into movies. Besides, this was TV’s cheesiest character. How could this story be turned into a serious film? Superman’s success proved superheroes needed to be pure and almighty (not dark and internally conflicted).

Eventually, Uslan and Melniker signed a deal to make Batman with the producers behind Midnight Express and A Star Is Born—but they still couldn’t get a studio on board. Meanwhile, Uslan needed cash to get by, so he and Melniker got a different project off the ground: Swamp Thing, a popcorn flick featuring a rubber-suited monster.

The movie was a success, which only strengthened Uslan’s resolve. “You could either chalk it up to stubbornness or abject stupidity,” he says now, “but every time my back was against the wall, I went back to that one question: ‘Is the rest of the world right and I’m wrong, and I’m just being stubborn?’ Or do I truly believe in this? I kept coming up with [the answer]: ‘This is the right way.’”

The right way demanded years of conversations about distribution, contracts, and filmmakers. Gremlins director Joe Dante was attached to the project, and then he wasn’t. Ivan Reitman was on board, as they waited for him to finish Ghostbusters—and then he wasn’t. At one point, Uslan’s former intern urged him to stop telling people about the project because it made him sound like a joke.

By 1986, Swamp Thing’s earnings were dwindling. Uslan—now in his thirties, with two children—bet everything on his next undertaking, a historical miniseries for CBS pegged to the Texas Revolution’s sesquicentennial. When executive reshuffling killed the project, Uslan stubbornly insisted he was less than six months away from securing enough money to tide him over until a studio signed on to make Batman a reality. His father-in-law made him a deal: He’d pay the family’s bills for five months, but if his son-in-law didn’t have that six-figure paycheck by the end of the grace period, Uslan would return to practicing law and stop this Batman nonsense. “That was my lowest moment,” he says. He accepted the deal.

As the clock ticked, Uslan grasped for salable ideas. Then one day, he had an epiphany: What about dinosaurs from outer space? The kid-friendly lightning bolt resulted in Dinosaucers, a 1987 animated television series that provided just enough cash to get by. On the exact date of his father-in-law’s deadline, a paycheck came to his house.

Around the time Uslan made that last-ditch deal with his father-in-law, a graphic novelist named Frank Miller published a new Batman title called The Dark Knight Returns. It revived the darker, grittier origins of Batman that Uslan loved. Other people were drawn to it too: It was an instant, huge success, breaking out of comic book shops into mainstream bookstores. Suddenly, the appeal of a dark Batman didn’t seem so far-fetched.

By this time, the producers with whom Uslan and Melniker had partnered were signed to Warner Bros., and an imaginative director who’d recently worked on Warner Bros.’ Pee-wee’s Big Adventure was also interested. His name was Tim Burton, and his second project for the studio, the one that could give him the credibility to make a big, expensive tentpole movie, was right around the corner: Beetlejuice. (It starred Michael Keaton, who the director thought was versatile enough to play Batman too.) Burton had a script inspired by The Dark Knight Returns, and he approached Sam Hamm, a 31-year-old Warner Bros. screenwriter (and longtime Batman fan), about working on it. Finally, the stars had aligned. Batman got the green light for pre-production in the spring of 1988. In October, the movie went into production.

On June 23, 1989—almost a decade after Uslan and Melniker obtained the rights—Batman opened, starring Keaton as the title character, Jack Nicholson as the Joker (Uslan’s idea), and Gotham City as a steaming apocalypse of metropolitan corruption. Anticipation was so high people smashed the glass at bus stops to steal the poster, even if—in a twist of delicious irony—diehard Batman fans fretted that Keaton, known as a comic actor, was too goofy to play Batman. Those fears soon proved unfounded. In its opening weekend, Batman raked in a record-breaking $43.6 million.

Batman’s cultural impact was enormous. In November, Uslan watched the Berlin Wall fall on CNN and saw a boy in the wreckage wearing a Batman hat. “This had become more than just a movie,” he writes. “It was, indeed, revolutionary.” In North America, the film was the highest-grossing movie of 1989.

Over the next decade, follow-ups rained down with varied success (Uslan has a producer credit on all of them). The choice to hire auteur Christopher Nolan to reboot the franchise was, according to Uslan, “a godsend for hardcore fanboys, as well as mainstream audiences around the world.” Nolan’s gothic Dark Knight trilogy (2005’s Batman Begins, 2008’s The Dark Knight, 2012’s The Dark Knight Rises) accomplished the nearly impossible feat of achieving both critical and commercial acclaim, depicting Bruce Wayne as a psychologically complex figure and pulling in nearly $2.5 billion worldwide.

He also believed that the world needed new role models. The Golden Age of comics took place during World War II, when Americans were desperate for stories of good overcoming evil. As the 20th century progressed, they’d realize the enemy wasn’t simply abroad, but sometimes within. Someone larger than life had to embody existential conflicts over justice, selflessness, and purpose. Uslan had known this since he was a teenager: Batman might not be the superhero everybody wanted, but he was the one that would speak to a new generation.