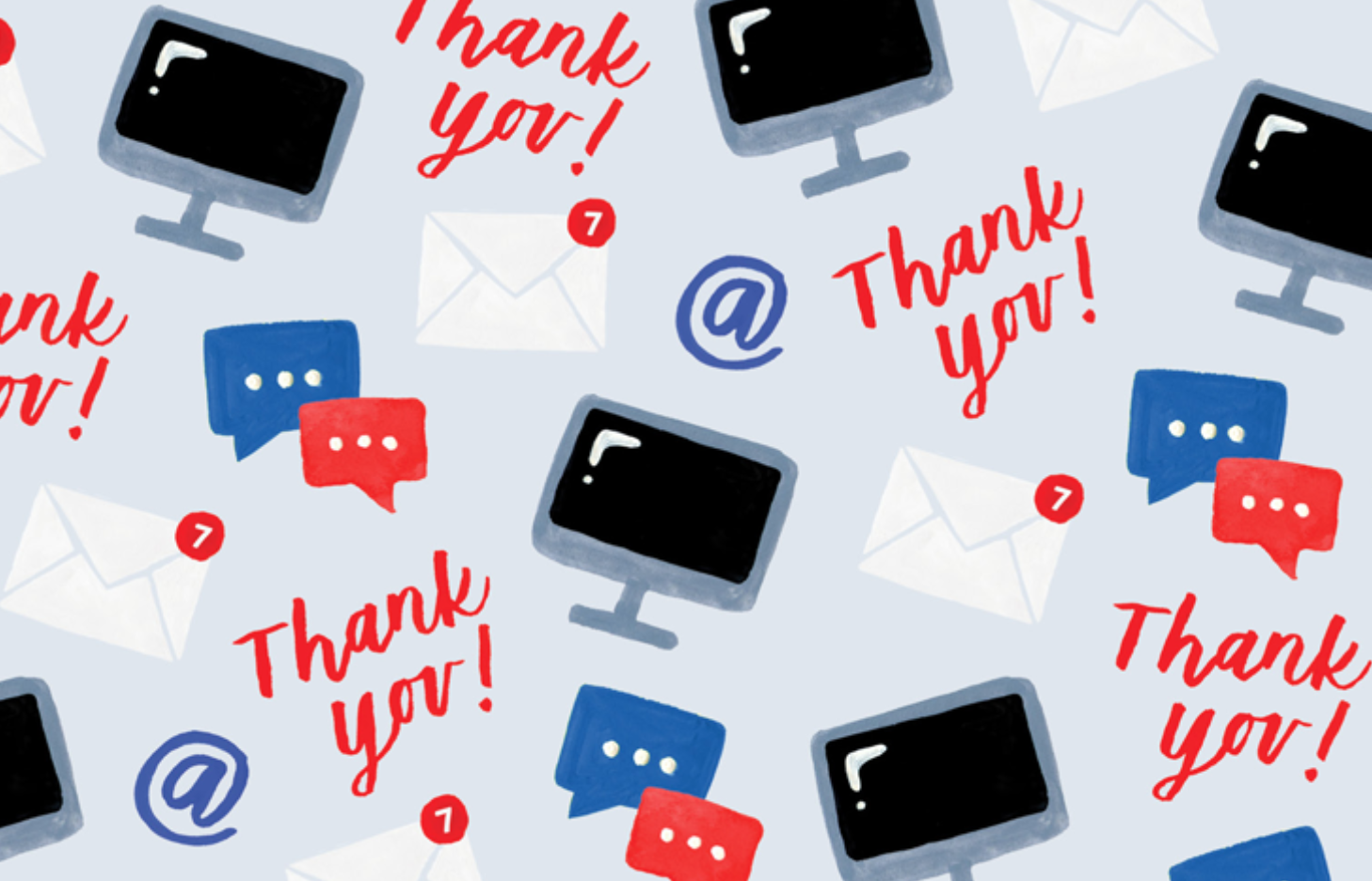 We’ve all witnessed the employee who accidentally hit “reply all,” on an company-wide email, sending less than flattering comments about the boss to the entire office—including the boss—rather than just their friend. And how many times are we guilty of not replying to an email within a prompt time frame—or someone not replying to ours when we really need an urgent response?

With the average American worker spending a quarter of the week digging out from under the seemingly endless number of emails which invade inboxes daily (and more if you count taking the time to respond to chats on instant messaging platforms, like Slack and Google Hangouts), it’s not surprising that email etiquette breaches, if not serious blunders, can occur with dismaying regularity. Want to help keep your inbox a place of civility and courtesy? Here are the golden rules of business email etiquette, many of which can be followed in your personal as well as professional life.

Aside from endless spam, there isn’t much that’s more annoying than having to root through 10,000 emails with the same subject line to find the one with the particular information you need. If your message addresses a new topic, make everyone’s life simpler, and yourself a lot more popular, by starting a new email, or at least updating the subject line.

Etiquette expert, author of Modern Etiquette for a Better Life, and founder of The Protocol School of Texas, Diane Gottsman, thinks that one of the biggest pet peeves executives and their team have is not knowing what they’re responding to. "A month ago you, might have written ‘Thanks for lunch’ in the subject line. Now, you’re talking about a new referral that you want to send somebody, so start a new email. Then if they need to search for that email, they can do it by topic.”

If you’re concerned that a new email won’t make it through the recipient’s firewall, or it’s possible they won’t recall who you are from the last time you communicated, Gottsman says it’s permissible to hit reply on your last correspondence. That way, the person can go back through your old correspondence and re-familiarize themselves with who you are. “But the key is to change the subject line,” she says.

Prioritize Your Inbox Based on Urgency

Sometimes, when you’re buried under an especially egregious pile of emails and it feels like you’ll never see the light, you might need to take more than a day to get them all answered. Business etiquette dictates that emails should be returned within a day, but even Gottsman says, “Sometimes it takes two days to get back to someone. How quickly you need to respond really depends on the importance of the email and who the person is who sent it. There are going to be some people who are cold calling or pitching you. You don’t have an obligation to return every single email you receive.”

On the other hand, if you’ve sent a time-sensitive email and haven’t received a prompt response, it’s within proper protocol to pick up the phone and call your colleague. Speaking of time-sensitive, don’t cry wolf—no matter how much you just want a response. “Don’t sensationalize the urgency,” says Gottsman. “Not everything is a 911 call. If you sensationalize a situation to get their attention, you’re going to lose credibility. If it really isn’t urgent, don’t write 'urgent.' And if it’s that important, you need to pick up the phone and call.”

Face to Face Has Its Place

Before email, people discussed difficult matters face-to-face. Nowadays, the tough stuff, both personal as well as professional, is often handled through a computer screen. It might make uncomfortable conversations less so, but that doesn’t mean it’s the right thing to do, according to Gottsman. “You simply shouldn’t give bad news over email,” she says. “Anything very sensitive should still be handled in person or at least ear-to-ear. You don’t fire someone over email. You don’t give serious information over email unless it’s absolutely necessary.”

How Do You End an Email Chain?

They simply won’t stop, for whatever reason. You’re afraid to cut it off, because you don’t want to be insulting. Will you spend eternity doing this same dance, day after day? When will it ever end? Of course, the excruciating chain of events we’re talking about is the nearly eternal email loop of “thank you” and “my pleasure” business correspondence that we can sometimes get stuck in because no one has any idea how to conclude it. Gottsman says, “You go back and forth once. You email, 'Thank you.' I email, 'My pleasure.' And that’s it. It’s like a handshake—somebody has got to let go."

And while we’re on the subject of endless emailing, when you’re included in a “reply all” email, be it personal or professional, don’t automatically reply to everyone on the thread. Think of the other recipients. Chances are good that not everyone needs to read your response, and it can be not only distracting, but annoying, to get notification after notification of new emails on your cell when they have absolutely nothing to do with you.

Keep it toned down in other ways too on business emails. Steer clear of emojis and too many exclamation points, which can seem juvenile. Stick to a classic, clean, easy-to-read font in black, and use professional greetings and verbiage. Also, be aware that humor often doesn’t translate well across digital communication, or different cultures and generations. “Email is just an extension of yourself,” says Gottsman. “Make sure you’re spell checking, using proper punctuation, and not using lowercase letters at the start of a sentence. Because it is making an impression on the recipient, even if it’s a personal email.”