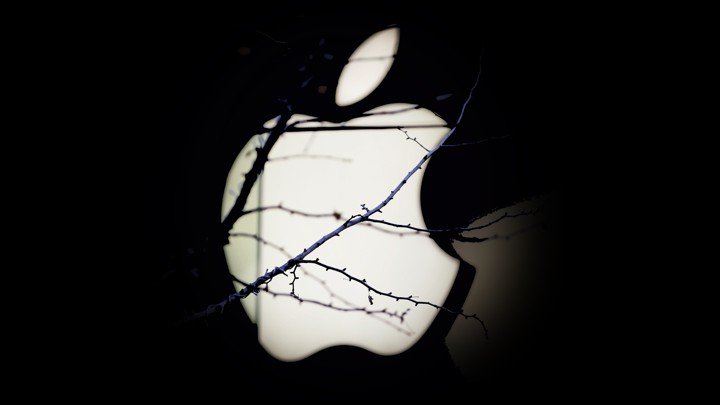 Under the latter definition, tech stocks really do look like goners. Publicly traded companies that are classified as “tech” now trade at one of the smallest premiums in history, according to a recent JP Morgan analyst note. The most famous of these companies—the so-called FAANGs, of Facebook, Apple, Amazon, Netflix, and Google—have seen their price-earnings ratios collapse by more than 60 percent in the past two years.

Tech’s death in this case is really a sign of two different kinds of success. First, tech died by conquering the world. Netflix is leading a global transition from linear to streaming television. Tesla accelerated an electric awakening among auto companies. But if Netflix and Walt Disney both use technology to stream video, why is only Netflix trading at infinity-times earnings? And if Tesla and BMW “both use battery technology to power luxury cars,” Deluard writes, “why should the former trade at 42 times forward earnings when the latter fetches 5.6 times trailing earnings?” Good question.

Second, some of the largest tech companies have exhausted their main markets. Apple and Samsung may have reached the smartphone plateau, as phone sales seem to have peaked. Facebook and Google have grown to dominate digital advertising. But in the U.S., overall ad spending has historically averaged no more than 3 percent of GDP. How do you grow forever in a sector that isn’t growing? That’s easy: You don’t. There may be a Malthusian trap in the attention economy. Eventually, revenue growth bumps up against the natural limitations of population and waking hours.

But here’s another interpretation of the past 12 months in tech: Perhaps it’s not the end of tech, or even the beginning of the end. It’s “the end of the beginning,” says Benedict Evans, a partner at Andreessen Horowitz.

In the first era, tech companies mostly solved media problems. Need a hardware platform for media consumption? Apple and Samsung did it, with several billion smartphone sales. Need a software portal for the world’s information? Google did it. Need a global village to talk about the world’s media? Facebook did it. Monopolize media consumption in the world’s largest country? Tencent did it.

Look closer at one big sector where tech companies have already started chewing: e-commerce. Online shopping is a $500 billion industry in the U.S., which sounds like quite a lot. But really, it’s no more than Americans spend each year at gas stations. Yep, gas stations.

E-commerce started with the easy stuff. The OG Amazon model sold books, which are among the world’s most reliable, durable units. When you buy Lolita on Amazon, you’re not worried that it will arrive missing the first page, or smelling like fish, or saying “by Dan Brown” on the cover. But with its Whole Foods acquisition, Amazon expanded into groceries, like fruit and meat, which can spoil, sour, and squish in transit. This is a much harder problem. Before millions of people will trust Amazon to deliver with equal reliability hardcovers and heirloom tomatoes, the company will have to invest more money in more warehouses and more transportation equipment.

E-commerce companies will push forward the frontier of what can be sold online, because the opportunity is so enormous. More than 20 percent of retail spending in China and South Korea happens online, more than twice as much as in the U.S. (China’s online retail market is so large that there is actually more e-commerce spending in China than in the U.S. and western Europe combined.) It’s almost impossible to believe, but if Americans suddenly shopped online as much as several East Asian countries, Amazon’s domestic revenue would approximately triple.

Jeff Bezos is famous for saying, “Your margin is my opportunity.” Well, the converse is also true: Amazon’s opportunity is everybody else’s dream margin. In particular, many of today’s largest tech companies, even those that have been mostly media and advertising clearinghouses, want to evolve into digital retailers. Instagram, which is owned by Facebook, has the inside track on becoming the Sears catalog for the Millennial generation. Google’s smart home devices could recommend new products based on your interior design. Imagine a machine-learning furniture-recognition program that can identify your couch and coffee table and then point you to a lamp with similar elements.

In the past decade of tech, it was scarcely an exaggeration to say that every tech company is a media company. Perhaps in the next decade, the rule will be: Every tech company is a mall. With Amazon Prime, Bezos sought to bundle the entire economy for an annual subscription fee. But as the NYU marketing professor Scott Galloway has argued, this bundle/subscription model is too delectable for competitors to ignore. Imagine, he says, Nike buying Equinox and merging with a healthy-food conglomerate to become a superior one-stop portal for fitness folks. Or Apple’s wearable division partnering with medical and insurance companies to build a data-doctors-and-devices business that targets health-care spending. Disney can use its streaming service to become an infinite marketing loop for Marvel, Star Wars, and animated-princess merchandise.

One bundle for fitness. One bundle for health. One bundle for food delivery, and another for entertainment. These are stratospheric ambitions for the future of tech. They will take mountains of capital, Herculean regulatory lobbying, and long periods of trial and error. The next challenges are going to be difficult, and perhaps that is the central fact reflected in the collapse of tech’s public valuations.

So the “tech is over” crowd and the “end of the beginning” crowd are, perhaps, telling the same story: Tech stocks have fallen, because the media mountain has been scaled. Now the largest tech companies aren’t standing at a pinnacle; they’re plotting on a plateau. The challenge of owning the entire life cycle of our spending habits—that’s the real summit. And it’s just up ahead.

Derek Thompson is a staff writer at The Atlantic, where he writes about economics, technology, and the media. He is the author of Hit Makers and the host of the podcast Crazy/Genius.