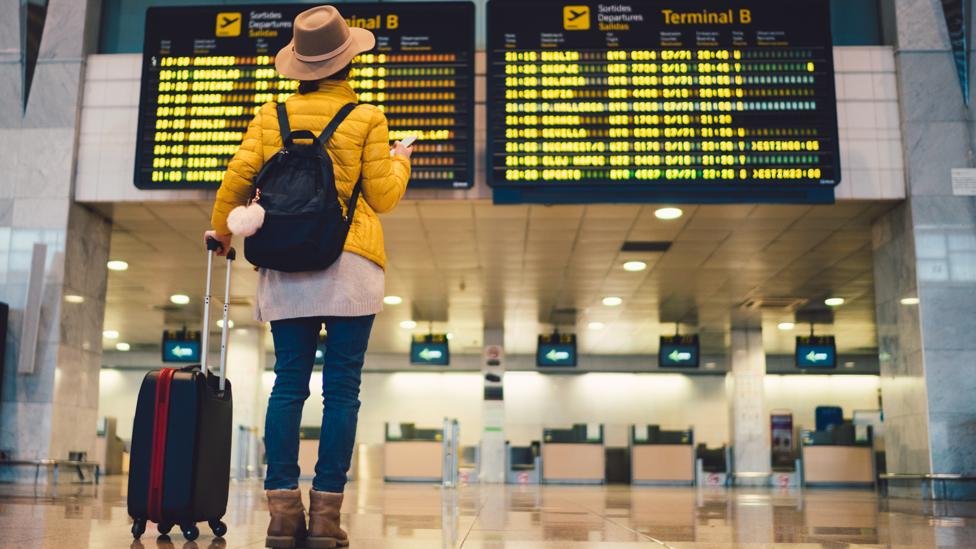 In a report published in September 2018, the world’s leading climate scientists made their starkest warning so far: our current actions are not enough for us to meet our target of 1.5C of warming. We need to do more.

It’s settled science that climate change is real, and we’re starting to see some of the ways that it affects us. It increases the likelihood of flooding in Miami and elsewhere, threatens the millions of people living along the Brahmaputra River in north-eastern India and disrupts the sex life of plants and animals.

So we don’t need to ask whether climate change is happening – or whether humans are causing it. Instead, we need to ask: “what can we do?”

What can you do that will have the biggest impact? Here’s our guide.

1. What is the single most important thing humanity has to do in the coming years – and what does that mean for me?

The number one goal? Limiting the use of fossil fuels such as oil, carbon and natural gas and replacing them with renewable and cleaner sources of energy, all while increasing energy efficiency. “We need to cut CO2 emissions almost in half (45 percent) by the end of the next decade,” says Kimberly Nicholas, associate professor of sustainability science at the Lund University Centre for Sustainability Studies (LUCSUS), in Sweden. 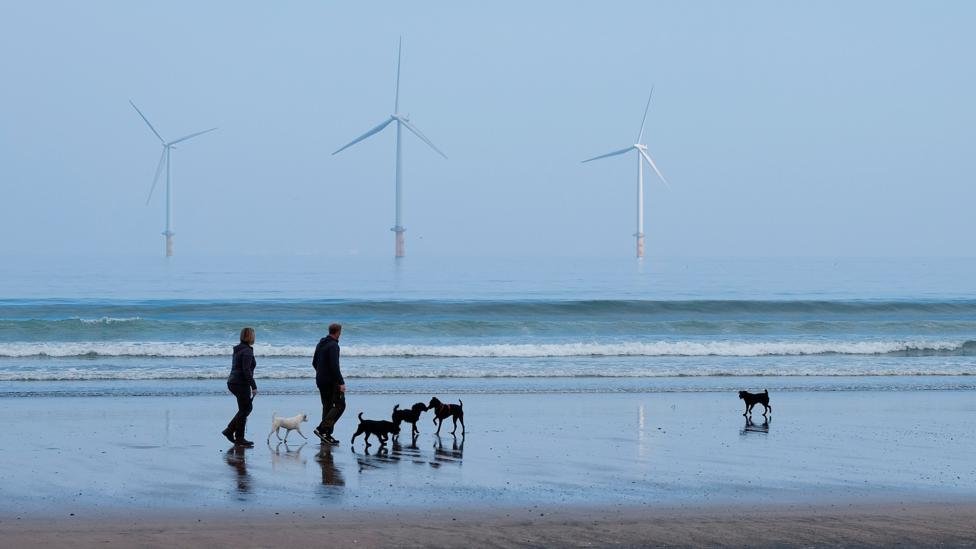 To mitigate climate change, the number one goal is to replace fossil fuels with renewable energy sources. Credit: Getty Images.

The road towards that transition includes daily decisions within your reach – like driving and flying less, switching to a ‘green’ energy provider and changing what you eat and buy.

Of course, it’s true that climate change won’t be solved by your buying or driving habits alone – although many experts agree these are important, and can influence others to make changes too (more on that later). Other changes are needed that can only be made on a bigger, system-wide basis – like revamping our subsidy system for the energy and food industries, which continue to reward fossil fuels, or setting new rules and incentives for sectors like farming, deforestation and waste management.

One good example of the importance of this regards refrigerants. An advocacy group of researchers, business-people and NGOs called Drawdown found that getting rid of HFCs (chemicals used in fridges and air conditioning) was the number-one most effective policy to reduce emissions. That’s because they are up to 9,000 more warming for the atmosphere than CO2. The good news is that we have made global progress on this, and two years ago 170 countries agreed to start phasing out HFCs in 2019.

This is important because we need “unprecedented changes in all aspects of society to deal with climate change, says the IPCC report. “Everyone is going to have to be involved," says Debra Robert, co-chair of the Intergovernmental Panel on Climate Change (IPCC), the group tasked with the report.

2. Changing how industries are run or subsidised doesn’t sound like anything I can influence... can I?

You can. Individuals need to exercise their rights both as citizens and as consumers, Robert and other experts say, putting pressure on their governments and on companies to make the system-wide changes that are needed.

Another way, increasingly undertaken by universities, faith groups and recently even at a countrywide level, is to ‘divest’ funds out of polluting activities – such as avoiding stocks in fossil fuels, or banks that invest in high-emission industries. By getting rid of financial instruments related to the fossil fuel industry, organisations can both take climate action and reap economic benefits.

3. Other than that, what’s the best daily action I can take?

One 2017 study co-authored by Lund University’s Nicholas ranked 148 individual actions on climate change according to their impact. Going car-free was the number-one most effective action an individual could take (except not having kids – but more on that on that later). Cars are more polluting compared to other means of transportation like walking, biking or using public transport. 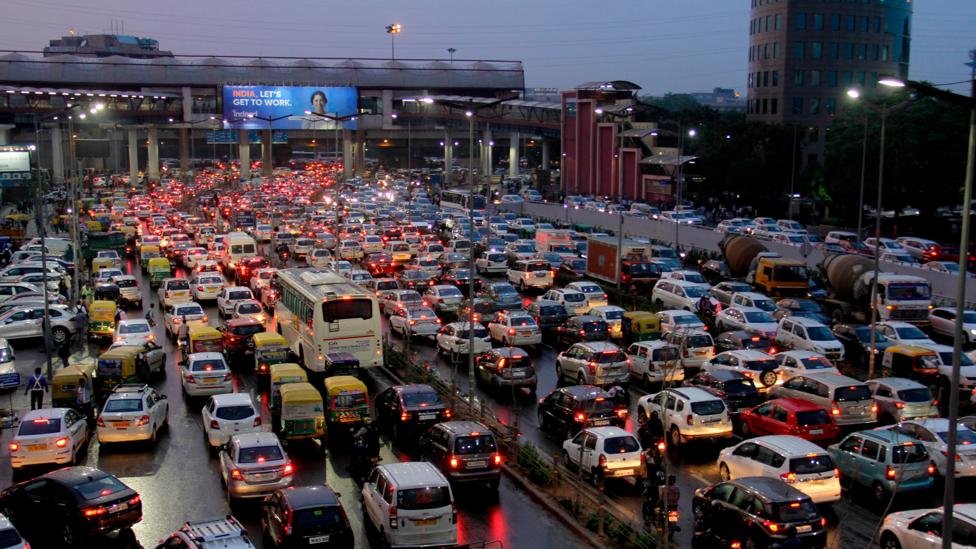 One ranking found that going car-free is the most effective action one person can take. Credit: Getty Images.

In industrialised countries such as European nations, getting rid of your car can reduce 2.5 tonnes of CO2 – about one-fourth of the average yearly emissions (9.2 tonnes) contributed by each person in developed countries of the Organisation for Economic Co-operation and Development (OECD).

“We should choose more efficient vehicles and, whenever possible, switch directly to electric vehicles,” says Maria Virginia Vilarino, co-author of the mitigation chapter in the IPCC’s latest report.

Actually, renewables like wind and solar are becoming increasingly cheap across the world (although final costs are subject to local circumstances). The latest report from the International Renewable Energy Agency (Irena) found that several of the most commonly used renewables, like solar, geothermal, bioenergy, hydropower and onshore wind, will be on par with or cheaper than fossil fuels by 2020. Some are already more cost-effective. 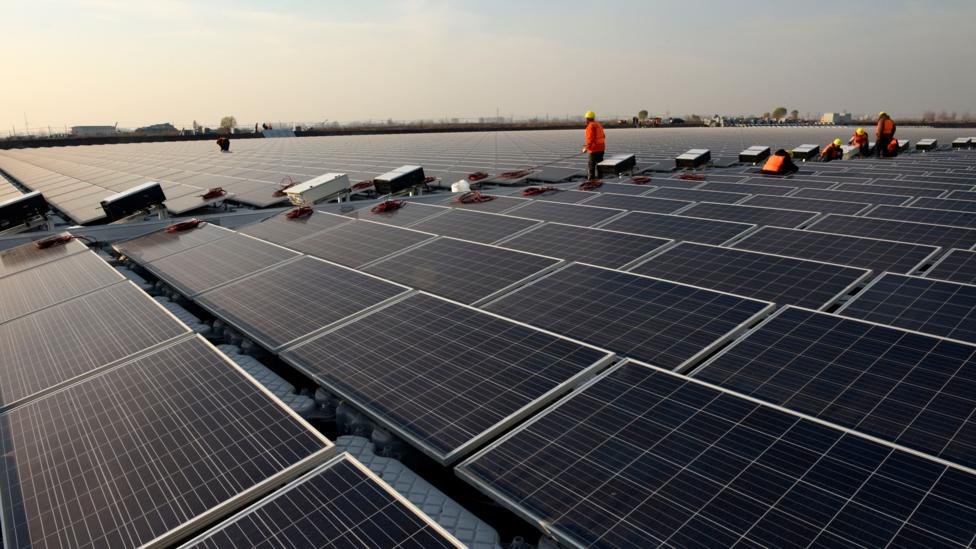 Solar energy is now the cheapest source of electricity for many households in Latin America, Asia and Africa. Credit: Getty Images.

Some critics argue that these prices disregard the price of integrating renewables on the electricity system – but recent evidence suggests these costs are ‘modest’ and manageable for the grid.

5. Could I make a difference by changing my diet?

That’s a big one, too. In fact, after fossil fuels, the food industry – and in particular the meat and dairy sector – is one of the most important contributors to climate change. If cattle were their own nation, they would be the world’s third largest emitter of greenhouse gases, after China and the US. 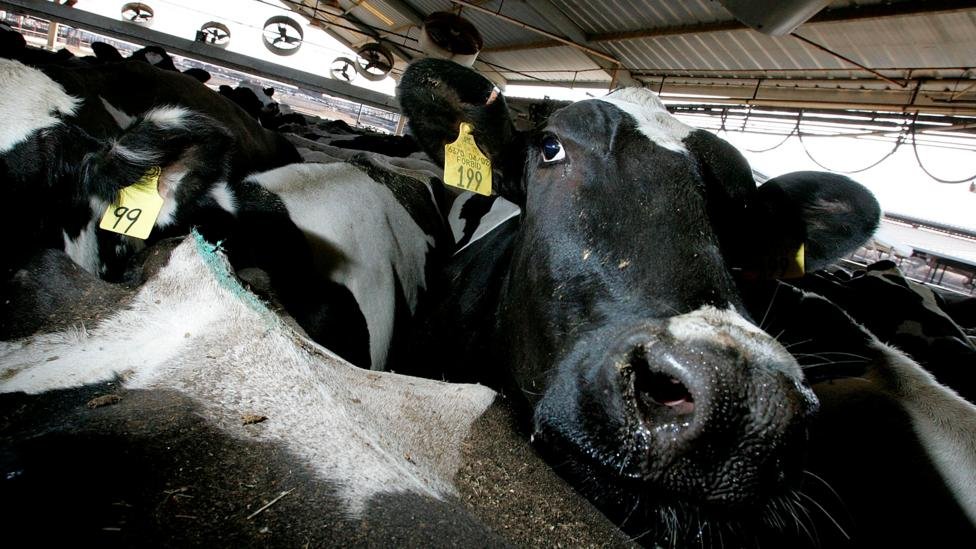 If cattle were their own nation, they’d be the world’s third largest emitter of greenhouse gases. Credit: Getty Images.

The meat industry contributes to global warming in three major ways. Firstly, cows’ burping from processing food releases lots of methane, a greenhouse gas. Secondly, we feed them with other potential sources of food, like maize and soy, which makes for a very inefficient process. And finally, they also require lots of water, fertilisers that can release greenhouse gases, and plenty of land – some of which come from cleared forests, another source of carbon emissions.

You don’t have to go vegetarian or vegan to make a difference: cut down gradually and become a ‘flexitarian’. By reducing your consumption of animal protein by half, you can cut your diet's carbon footprint by more than 40 percent. A larger-scale approach could be something like banning meat across an organisation, as office-sharing company WeWork did in 2018.

This explainer of sustainable diets by the World Resources Institute (WIR) and its longer associated report provides more answers to questions about food and carbon emissions.

6. How harmful are my flying habits?

Planes run on fossil fuels, and we haven’t figured out a scaleable alternative. Although some early efforts to use solar panels to fly around the world have had success, we are still decades away from commercial flights running on solar energy.

A normal transatlantic round-trip flight can release around 1.6 tonnes of CO2, according to Nicholas’s study – almost as much as the average yearly emissions of one person in India. This also highlights the inequality of climate change: while everyone will be affected, only a minority of humans fly and even fewer people take planes often.

There are groups of scientists and members of the public who have decided to give up flying or who fly less. Virtual meetings, holidaying in local destinations or using trains instead of planes all are ways to cut down.

Wondering how much your travel contributes to climate change? Measure your carbon emissions in this calculator by researchers at the University of California, Berkeley.

7. Should I be shopping differently?

Most likely. That’s because everything we buy has a carbon footprint, either in the way it is produced or in how it is transported.

For instance, the clothing sector represents around 3 percent of the world’s global production emissions of CO2, mostly because of the use of energy to produce attire. The hectic pace of fast fashion contributes to this figure as clothes are discarded or fall apart after short periods. 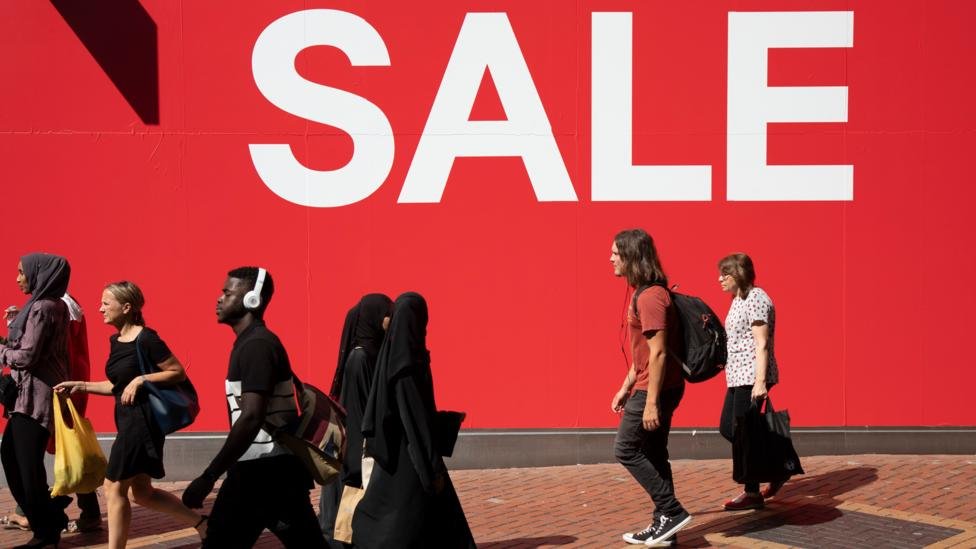 The clothing sector makes up about 3 percent of the world’s CO2 emissions. Credit: Getty Images.

International transport, including maritime and air shipping, also has an impact. Groceries shipped from Chile and Australia to Europe, or the other way around, have more ‘food miles’ and usually a higher footprint than local produce. But this is not always the case, as some countries grow out-of-season crops in energy-intensive greenhouses – so the best approach is to eat food that is both locally grown and seasonal. Even so, eating vegetarian still beats only purchasing local.

8. Should I think about how many children I have (or don’t have)?

Nicholas’s study concluded that having fewer children is the best way to reduce your contribution to climate change, with almost 60 tonnes of CO2 avoided per year. But this result has been contentious – and it leads to other questions.

One is whether you are responsible for children’s climate emissions, and the other is where are these babies born.

If you are responsible for your kids’ emissions, are your parents responsible for yours? And if you are not, how should we consider the fact that more people will likely have more carbon emissions? We also could ask whether having offspring is a human right beyond questioning. And we could ask if having children is necessarily a bad thing for solving climate change: our challenges may mean we will need more problem-solvers in future generations, not fewer.

Those are hard, philosophical questions – and we’re not going to try to answer them here. 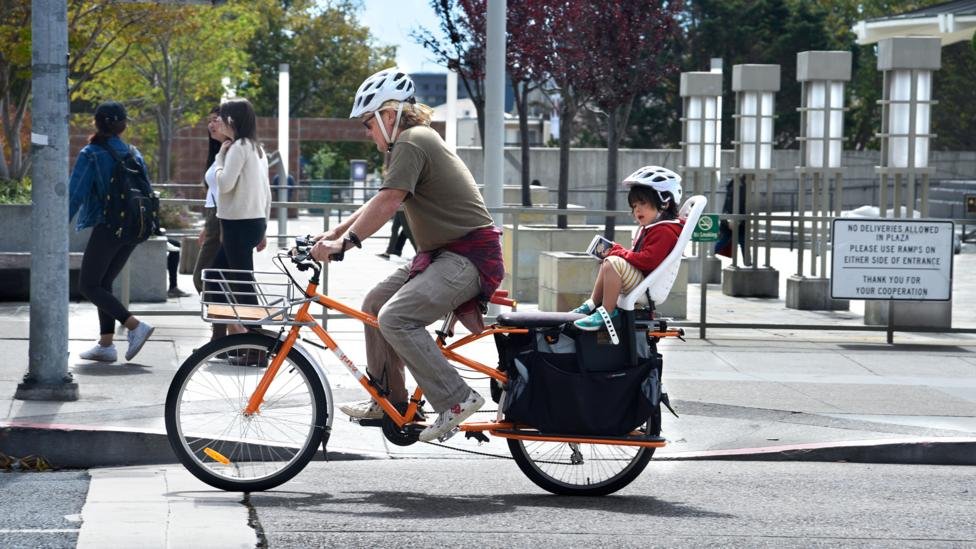 What we do know is that no two people have the same emissions. Although the average human releases around 5 tonnes of CO2 per year, each country has very different circumstances: developed nations like the US and South Korea have higher national averages (16.5 tonnes and 11.5 tonnes per person, respectively) than developing countries like Pakistan and Philippines (around 1 tonne each). Even within national borders, richer people have higher emissions than people with less access to goods and services. So if you choose to take this question into account, you have to remember that it’s not just about how many children you have – it’s where (and who) you are.

9. But if I eat less meat or take fewer flights, that’s just me – how much of a difference can that really make?

Actually, it’s not just you. Social scientists have found that when one person makes a sustainability-oriented decision, other people do too.

Social scientists believe this occurs because we constantly evaluate what our peers are doing and we adjust our beliefs and actions accordingly. When people see their neighbours taking environmental action, like conserving energy, they infer that people like them also value sustainability and feel more compelled to act.

10. What if I just can’t avoid that flight, or cut down on driving?

If you simply can’t make every change that’s needed, consider offsetting your emissions with a trusted green project – not a ‘get out of jail free card’, but another resource in your toolbox to compensate that unavoidable flight or car trip. The UN Climate Convention keeps a portfolio of dozens of projects around the world you can contribute to. To find out how many emissions you need to ‘buy’ back, you can use its handy carbon footprint calculator.

Whether you are a coffee farmer in Colombia or a homeowner in California, climate change will have an impact on your life. But the opposite is also true: your actions will influence the planet for the coming decades – for better or for worse.

Diego Arguedas Ortiz is a science and climate change reporter for BBC Future. He is @arguedasortiz on Twitter.