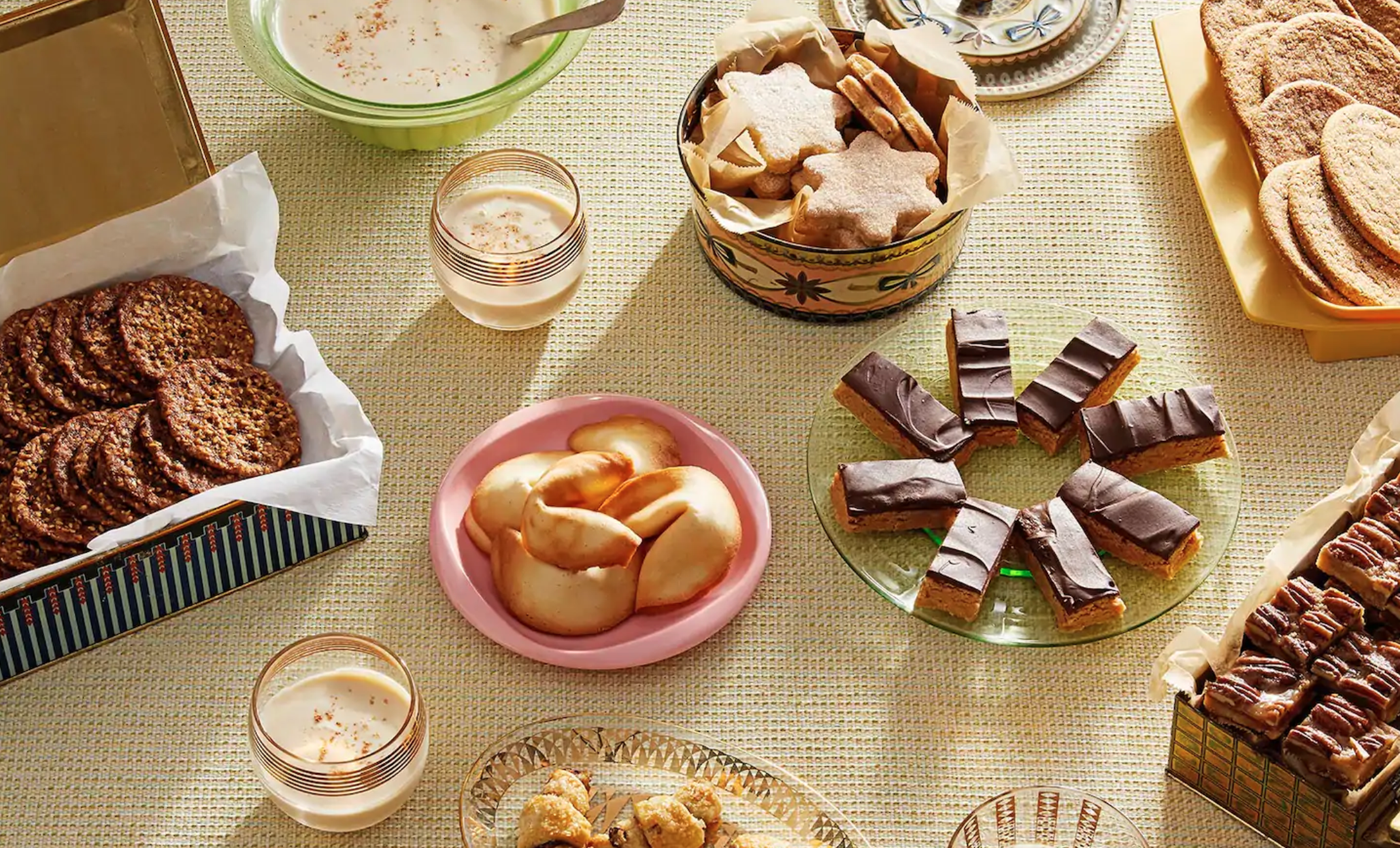 Of all the ways this vast tapestry of a nation has been described, the most repeated cliche is the melting pot. But as a baker, I like to think of the United States as another culinary metaphor: the mixing bowl. (Yes, I’m reclaiming it from that mess of highways just south of Washington.)

Truly, is there a more delightful and delicious lens through which to view American history, ingenuity and diversity than the humble cookie?

Pore over cookbooks, baking blogs, magazines and any other source you can think of, and you may begin to wonder whether there are as many American cookie recipes as there are Americans. At least that’s how I felt while compiling our 15th annual Washington Post Food section cookie issue, brought to you for the first time by Voraciously. It was both a pleasure and a challenge to settle on these 14 recipes, which hail from the sunny coast of California, the skyscraper maze of Manhattan and everywhere in between.

Cookies are not unique to our country. But there is something special about them here. “I think our cookies differ largely in that they’re driven by home cooks,” rather than professional pastry chefs, says Stella Parks, a contributor at Serious Eats and the author of BraveTart: Iconic American Desserts. Part of the reason you see such a wide array of cookies is the wide array of circumstances to which home cooks, particularly women, have had to adapt, whether that means being thrifty, working around a scarcity of ingredients or attempting to make do with whatever was readily available in a particular region.

“Cookies can be assembled from whatever you’ve got,” says Anne Byrn, author of the superbly comprehensive American Cookie. “They are not fussy or fancy, and that’s why their recipes have lasted for generations.”

Figuring out the “big bang” moment that set off the American cookie movement seems about as easy as tracing the evolution of humans themselves. This much we know: Today’s cookies look nothing like what you would have found here several hundred years ago. The word itself has origins in Dutch, where “the word koek designates a flat baked item,” according to Anastasia Edwards’s charming book “Biscuits and Cookies: A Global History.” What the Dutch and other early Americans baked would have been leaner, crisper, smaller and less sweet than what we think of today.

The first published recipes for an American cookie appeared in Amelia Simmons’s 1796 book American Cookery, Edwards says. The recipe for “Another Christmas Cookey” included three pounds of flour, a “tea cup of fine powdered coriander seed,” a pound of butter, a cup and a half of sugar and “three teaspoonfuls of pearl ash.” Good news: “Tho’ hard and dry at first, if put into an earthen pot, and dry cellar, or damp room, they will be finer, softer and better when six months old.”

In terms of the drop cookie — that sweeter, softer standard that encompasses such favorites as chocolate chip and snickerdoodle — the OG may very well be the English jumble, says Byrn. With or without eggs, nuts or other add-ins, jumbles could be flavored and shaped in any number of ways, Edwards writes. While the English brought them here, they were made in France and the Netherlands as well.

Several technological innovations helped nudge the cookie into its modern state. Chief among them: the oven, which did not make its way into most homes until the 19th century, Edwards says. Parks cites the electric mixer as another huge development. It allowed cooks to more easily and efficiently beat together ingredients, especially butter and sugar, which when creamed give rise to soft, fluffy cookies. The Industrial Revolution was another key moment, as it contributed to large-scale production of baked goods that were packaged to last. Companies such as Nabisco (the National Biscuit Company) and Sunshine Biscuits worked to outdo each other, and that, Parks says, emboldened amateur bakers to expand their repertoire, too.

Access to certain ingredients, whether limited by geography, war-induced scarcity or poverty, also shaped the American cookie experience. The North-South divide is multifaceted, but in terms of baking, Parks says it can mean the difference between pecans and walnuts. An ideal growing climate in California means fruit (dates, raisins) is common in West Coast recipes. In the South, Byrn says, bakers who had access to nothing other than rice flour were baking gluten-free long before it was trendy. The introduction of chemical leaveners — baking soda and powder — helped move us away from the crisp style of a Dutch tea cookie. Mass-produced pantry staples, such as chocolate chips, peanut butter, shortening, butter and rolled oats, ingrained themselves in baking culture as well.

Some regional cookie variety can be traced to immigrant groups: Think Scandinavian populations in the Midwest and Jewish and Dutch populations in New York and the Northeast. Traces of Spanish and Mexican cultures live on in the Southwest. The South was heavily influenced by enslaved Africans and their African American descendants. French Catholics were among the big players in New Orleans, while Germans and Latinos made their mark in Texas. Likewise, the West Coast, California in particular, is a microcosm of the greater American hodgepodge, with large Chinese and Japanese populations.

Such localized identities are easy to miss and, increasingly, harder to preserve. We are a nation of movers, carrying our traditions and recipes far from their origins. Thanks to wide dissemination on food labels, newspapers, magazines and, now, the Internet and social media, which cookies hail from where seems less clear and even less relevant. Many cookies and other baked traditions started out tied to religious sects or celebrations, and the connection between sacred and sweet, too, has largely faded from modern culture.

Still, if there is a tenuous thread between tradition and today, it’s the holiday season. “The holidays preserve what the everyday loses,” Byrn says.

Now come along with me for this great American cookie tour.

Benne Seed Crisps (South). Charleston is known for these shatteringly thin wafers made with sesame seeds.

Billy Goats (West). A descendant of the jumble, this spiced, soft cookie is chock-full of dates and nuts.

Cherry-Pecan Rugelach (Mid-Atlantic). A staple in New York bakeries and delis, this is our ultimate version of the Jewish crescent pastry.

Classic Chocolate Whoopie Pies (New England). The sandwich cookie is a staple in Maine, as well as Pennsylvania Amish country.

Forgotten Chocolate Cookies (South). Here’s a gluten-free meringue that takes its cues from a famed Jewish deli in Savannah, Ga.

Fortune Cookies (West). You associate them with Chinese restaurants, but did you know they were brought to California by Japanese immigrants?

Joe Froggers (New England). According to legend, this molasses cookie originated at a tavern in Marblehead, Mass.