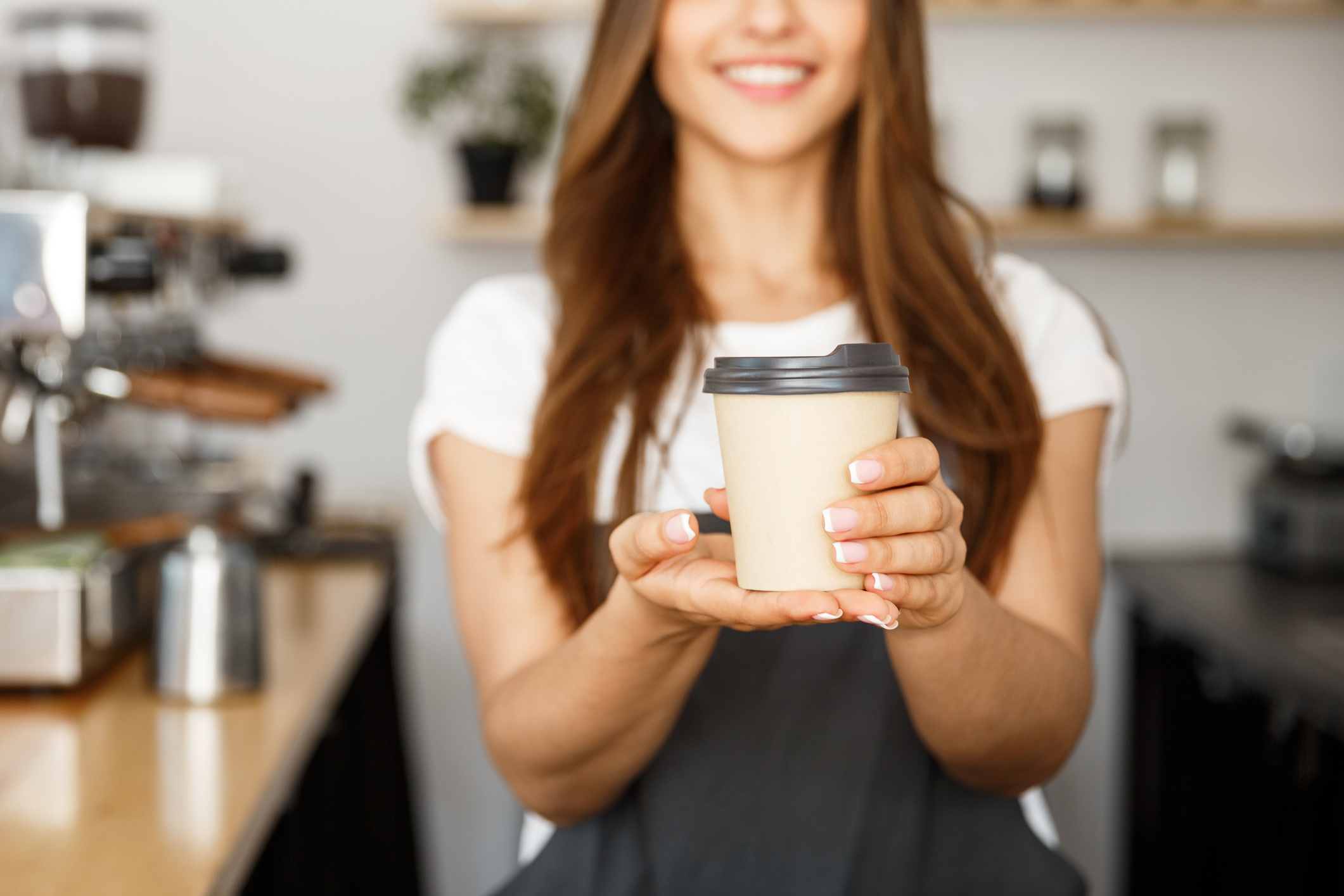 The pressure to smile no matter how we really feel can be crushing, especially when it’s mandated by a “service with a smile” work policy. But faking a smile isn’t just hard during the workday. It can be so draining that it makes it harder to say no to unhealthy habits off-hours, write researchers in a Occupational Health Psychology study.

Projecting a different emotion than the one you actually feel is sometimes referred to by psychologists as “surface acting.” The study, published in March of 2019, suggests that putting up that front day after day takes a serious toll. Using survey data collected from 1,592 people, the authors showed that surface acting during work was “robustly correlated” with heavy drinking outside of work.

Study author Alicia Grandey, Ph.D., a psychologist at Penn State University, has worked as a busser in a restaurant, a Starbucks barista, a clerk at a women’s clothing store, and a receptionist. Now, as a psychologist, she tells Inverse that faking a smile at work poses challenges that are even harder than forcing a grin through an awkward dinner conversation.

“The requirement of it — the lack of choice — and that it’s often with strangers (i.e., customers) rather than ongoing relationships, is part of why it feels more stressful and onerous,” she says.

Why Service With a Smile Is So Taxing

Some jobs actually do mandate that employees follow “service with a smile policies,” which require surface acting every day. Many employees find this challenging. One example is redditor u/crockdent, who was threatened with termination over an inability to surface act, posted about their concern online in 2018:

The thing is, I like my job at Starbucks and when I started that job I genuinely made a lot of effort to smile, to have that ‘customer service voice’ and to be a friendly person, I sincerely thought that I was doing a good job, but it [is] obviously not enough.

Grandey’s statistical analysis not only demonstrates how many other people feel the same way but also applies psychological models to explain why it might be so draining. Her work suggests that controlling our emotions is like flexing a muscle, a theory she calls the “self-control framework.” When we force ourselves to smile, that muscle performs “emotional labor” that wears the muscle down. When faced with the opportunity to drink later and let loose, it’s hard to say no.

“You have to suppress the negative feelings and put forth a positive one, and that takes self-control over behavior and feelings. After work, employees doing this more often (especially entry-level service work) may lack self-control and engaging in short-term gratification with longer-term costs, including drink too much,” she says.

Within the self-control framework, two major factors increase how hard a person has to work to control their emotions: how impulsive they are to start with, and what kind of job they have.

In Grandey’s analysis, people who reported more impulsive tendencies were more likely to drink heavily if they engaged in surface acting at work. This, Grandey says, implies that surface acting is harder for these people because they don’t tend to control their emotions to start with. And especially if someone who is naturally impulsive has a job that demands high levels of surface acting, self-control can become even more difficult.

"You have to suppress the negative feelings and put forth a positive one, and that takes self-control over behavior and feelings."

Most jobs demand at least some human interaction, but not all require the same amounts of surface acting. Grandey’s analysis focuses on two types of jobs: There are service encounters, which are one-time interactions (working at a Starbucks, for instance), and there are service relationships (like a nursing job or a client-facing position) that require ongoing interactions. Both require some surface acting, but the encounter-based jobs, Grandey found, require significantly more.

That significant increase in surface acting has consequences. Regardless of whether someone is already impulsive, being in a service encounter-based job was correlated with heavy drinking. But people who worked service relationship-based jobs didn’t report high drinking levels, even if they were impulsive.

“The idea here is that those ongoing relationship interactions may provide both more motivation to maintain self-control (not be hung-over the next day when teaching, for instance) and also more resources/status such that the surface acting has benefits that pay off for the work and relationships, rather than just being depleting,” says Grandey.

What Can Employees and Managers Do?

In the paper, Grandey and her co-authors refer to their findings as “the dark side” of emotional labor, but do suggest that there are strategies that managers and employees can deploy.

The oft-repeated “smile more” advice, she says, is not one of these strategies. The idea that we can smile ourselves into better moods, called the facial feedback hypothesis, works when we aren’t sure how we feel, says Grandey, not when an employer is telling you to smile — or else.

“In the work context, one is expected to put on that smile for the entire shift, regardless of how they feel or how others treat them — and that is a different experience,” she says.

Still, the authors “urge managers to consider whether benefits of emotional labor are worth the costs,” suggesting that maybe it’s worth valuing different assets in the workplace to begin with.

But for now, we can take solace in one fact: At least the answer isn’t “smile more.”

Abstract: Some employees tend to drink more alcohol than other employees, with costs to personal and organizational well-being. Based on a self-control framework, we propose that emotional labor with customers—effortfully amplifying, faking, and suppressing emotional expressions (i.e., surface acting)—predicts alcohol consumption, and that this relationship varies depending on job expectations for self-control (i.e., autonomy) and personal self-control traits (i.e., impulsivity). We test these predictions with data drawn from a national probability sample of U.S. workers, focusing on employees with daily contact with outsiders (N = 1,592). The alcohol outcomes included heavy drinking and drinking after work. Overall, surface acting was robustly related to heavy drinking, even after controlling for demographics, job demands, and negative affectivity, consistent with an explanation of impaired self-control. Surface acting predicted drinking after work only for employees with low self-control jobs or traits; this effect was exacerbated for those with service encounters (i.e., customers and the public) and buffered for those with service relationships (i.e., patients, students, and clients). We discuss what these results mean for emotional labor and propose directions for helping the large segment of U.S. employees in public facing occupations.

Emma Betuel is a writer based in NYC. Previously, she covered health and biology for WBUR’s Commonhealth blog and The Borgen Project Magazine. Last year, she spent too much time reading Darwin’s notes on pea plants. She recently started questioning the nature of her reality.