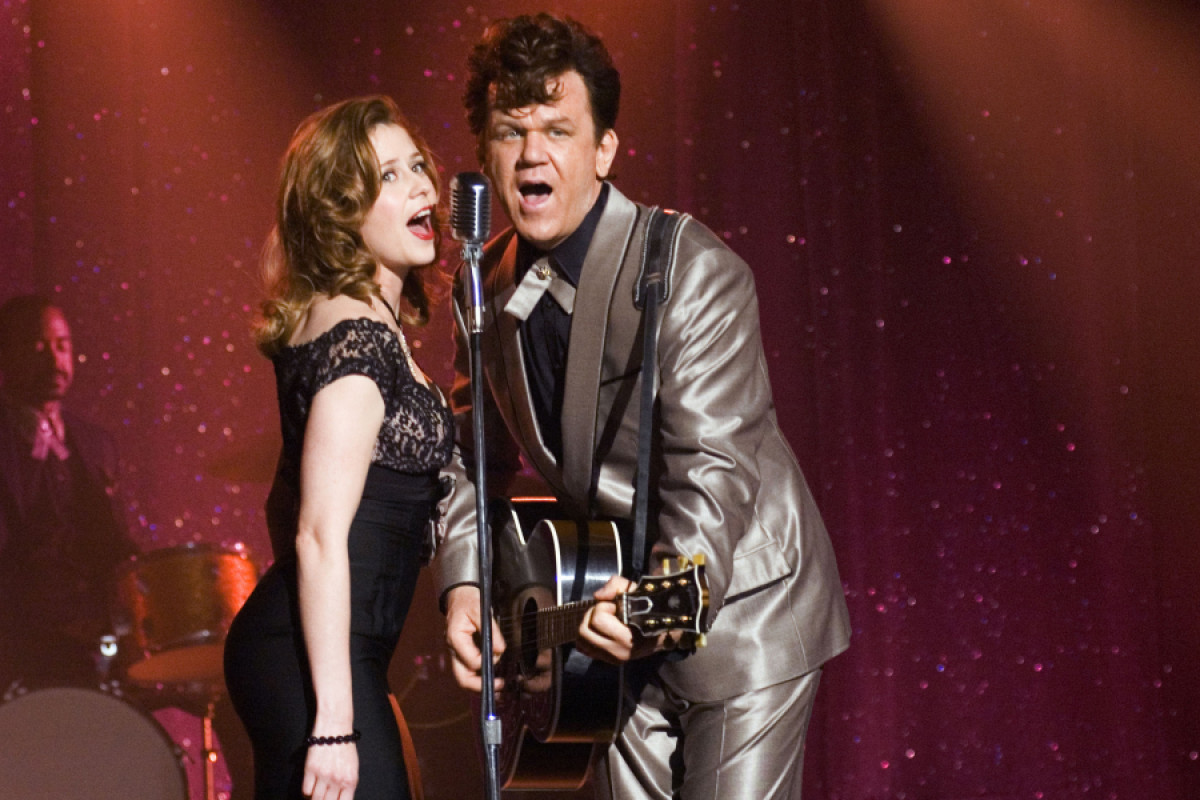 The cliché has long held that very few people bought the first Velvet Underground LP back in 1967; everyone who did, however, went on to form a band. Something similar occurred with Jake Kasdan’s comedy Walk Hard: The Dewey Cox Story. The movie played to mostly empty theaters upon its release in December of 2007. But nobody who did see it ever went on to make a cornily ridiculous life-of-a-musician biopic.

No, it might not stand as this century’s greatest work of film criticism. Yes, it’s certainly the most impactful — a meta-spoof that straight-up killed the genre it parodied for at least a decade or so. Kasdan, working from a script he co-wrote with producer Judd Apatow, structures each scene to expose something false, cloying and/or ridiculous about movies that attempt to boil the life and art of prickly, complex musicians down into clean three-act narratives. Released three years after Taylor Hackford’s Ray Charles biopic Ray, and two after James Mangold’s Walk the Line, this tale of the hard-livin’, hard-lovin’, hard-singin’ Dewey Cox lampoons the movies that inspired it with a rarer-than-usual ferocity rare. To wit: Airplane and Young Frankenstein goofed on the vibe of their targets, asking between the laughs “Weren’t these old movies a hoot?” Walk Hard’s not as kind. It asks “Aren’t these great-men-of song biopics kind of f*cking dopey?”

Many filmmakers apparently agreed — or at least feared having their work compared to it. The next 10 years or so found Hollywood experimenting with more thoughtful, slightly more offbeat takes like 2014’s Get On Up (a funkier-than-usual fugue about James Brown) or 2015’s Love & Mercy (an inquisition into the mind of Brian Wilson, featuring not one but two lives of Brian). These movies stuck to the conventions of the format in certain ways. But they seemed crafted explicitly to avoid what we could call Walk Hard-isms.

What are Walk Hard-isms? Consider all the moments when a movie about a real person’s life feels nothing like life as it’s actually lived. When too much happens too quickly. When a year’s worth of dramatic events pass in a single scene. When everyone onscreen seems to be going out of their way to mention what year the current scene is set in. When the sheer dramatic movie-ness of the movie overwhelms any sense of verisimilitude.

To put it another way: Remember that moment in Bohemian Rhapsody when Freddie Mercury is shouting that he wants Queen’s music to honor the pulse of the disco he’s hearing in the clubs, and the rest of the band’s yelling at him for showing up late to rehearsal? And then bass player John Deacon interrupts the squabble by thumbing out the epochal riff of the yet-unwritten “Another One Bites the Dust”? And then the fractious band immediately assembles, Voltron-like, into a white-hot rock & roll inspiration machine, knocking out a classic in less time than it takes to cue the track up on Spotify?

In other words: Director Bryan Singer seems never to have seen Walk Hard.

Like any good critic, Kasdan showed his work. Some of the sharpest, funniest scenes play out like the filmmakers took script pages of Walk the Line, highlighted every cliché and then doodled dicks in the margins for good measure. The films share a centerpiece sequence in which the legend-to-be gets dressed down by a skeptical industry insider after a limp audition … and then gets so mad that he wills himself into greatness right then and there, with a new song his band has never played.

In both films, the industry man speechifies at surprising length for a guy who insists his time is limited. Let’s do this as a quiz. Which dialogue comes from the parody?

B.) “If somehow you are able to sing a song now bringing these boys together whom you haven’t even met, and make something so personal, so new, that the whole world takes notice, and your life is never the same again … I’m telling you right now that I don’t think it’s going to happen.”

The crazy thing is that the satire — which, for the record, is B. — is somehow less implausible than the original. Walk Hard‘s central joke is to state baldly the simple, silly ideas that Line (or Ray, or so many others) attempt to get across through drama. The Johnny Cash biopic opens with the Man in Black backstage before his famous 1968 Folsom Prison show, staring at a sawblade just a … little … too … long as the lock-up crowd impatiently stomps for the concert to start. The blade, we learn, reminds him of a childhood tragedy that we then see in flashback. In Walk Hard, then, we see the silhouette of the aged country-music superstar Dewey Cox ( John C. Reilly, made up to resemble a late-career Conway Twitty) backstage before an awards-show comeback performance. A harried production assistant dashes about, calling the legend’s name. Tim Meadows, playing a longtime member of Cox’s band, hushes him and declares “Dewey Cox has to think about his whole life before he plays.”

If that joke doesn’t hit you, this movie is probably not for you. Much of its comic energy is invested in pointing out risible, tried-and-true tropes. Young Dewey Cox is played by a child actor up until junior-high, when suddenly he’s the decidedly non-kid-like John C. Reilly, surrounded by actual kids who treat him as one of their own. A sweaty drug-detox montage finds doctors yelling “More blankets!” or “Less blankets!” while Reilly’s Dewey thrashes in a bed — the implication being that Walk Hard‘s targets don’t dig much deeper into addiction than that, either. “Goddamn, this is a dark f*cking period!” Dewey shouts during sex in a dark f*cking period.

You get more conventional jokes, too, like the classic runner in which Tim Meadows’ character keeps trying to warn Dewey off of new drugs … and accidentally makes them sound amazing. But the film’s heart is in its pointed obviousness, its constant declarations of what each scene, in a non-parody, would be crafted to communicate. When the story leaps from the bobbysoxer days to the Age of Aquarius, Jenna Fischer, playing Dewey’s wife, blithely announces, “The Sixties are an important and exciting time.”

For all their faults, Ray and Walk the Line are each invested in summoning up the presence of their subject, in letting us spend time with Ray Charles or Johnny Cash as people. And they’re each bursting with killer songs, performed with conviction and power. Squirrely ol’ Walk Hard endures not just because of its incisive critique but because it does the same. Dewey Cox’s songs (sung by Reilly) thrill, and they come in a giddy array of styles — from bopping country to free-associative Dylanisms, arch Pet Sounds grandiosity to sell-out ’70s disco.

Reilly, meanwhile, gives a career-best performance, tracking a goon’s rise from backwoods naif to pill-popping mega-star to dedicated family man. Sure, Dewey’s an idiot, and often a prick. But he’s never a cartoon, not even when he wrenches sinks from the walls of bathrooms in a Hulk-like rage. If anything, he makes more psychological sense than most movie musician heroes. He rises to fame as a teenager in Eisenhower’s America, then has every conceivable opportunity for debauchery thrown at him — who wouldn’t go mad?

In the end, as Dewey performs one last new song (“his final masterpiece that will sum up his entire life”), the film softens just enough to indulge in the redemptive-arc formula that sugared up Hackford and Mangold’s movies. In a wash of warm melody, it invites us to forgive Dewey his excesses, just as we forgave Ray’s and Cash’s — or maybe it’s sneering at our eagerness to do so. Either way, it’s hysterical.