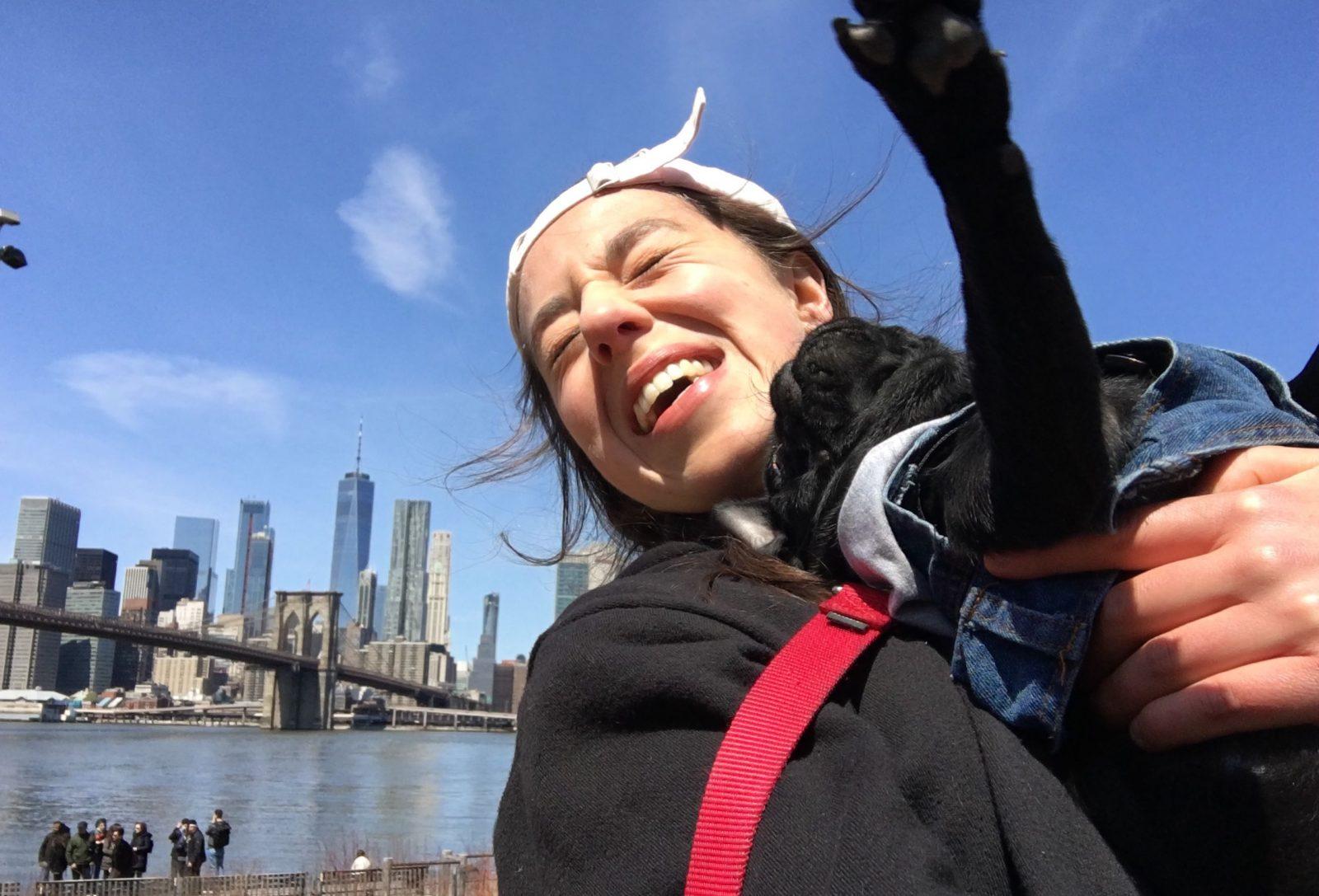 Chester and me: A portrait of beautiful dysfunction.

In February 2018, I adopted a black pug named Chester. There were a lot of good reasons for me not to get a dog. My roommates didn’t want one. My apartment, technically, didn’t allow pets. And as my father repeatedly emphasized, Chester would be a tremendous financial commitment. I didn’t make a ton of money, nor was I confident that I would be a good pup-mom.

This was around the time my anxiety and depression were ramping up, and like a lot of 24-year-olds, I felt as if my life (and future) was out of control. Getting a dog seemed like it might help—but on the other hand, becoming a pet owner might actually intensify my stress.

I knew entering a hopefully many-years-long relationship with a fully dependent, ferocious little pug puppy was irresponsible. But from the moment I saw his googly-eyed face, I was done. In prime millennial fashion, I bought him via Venmo.

The first day, as documented in this Instagram, was pure bliss: 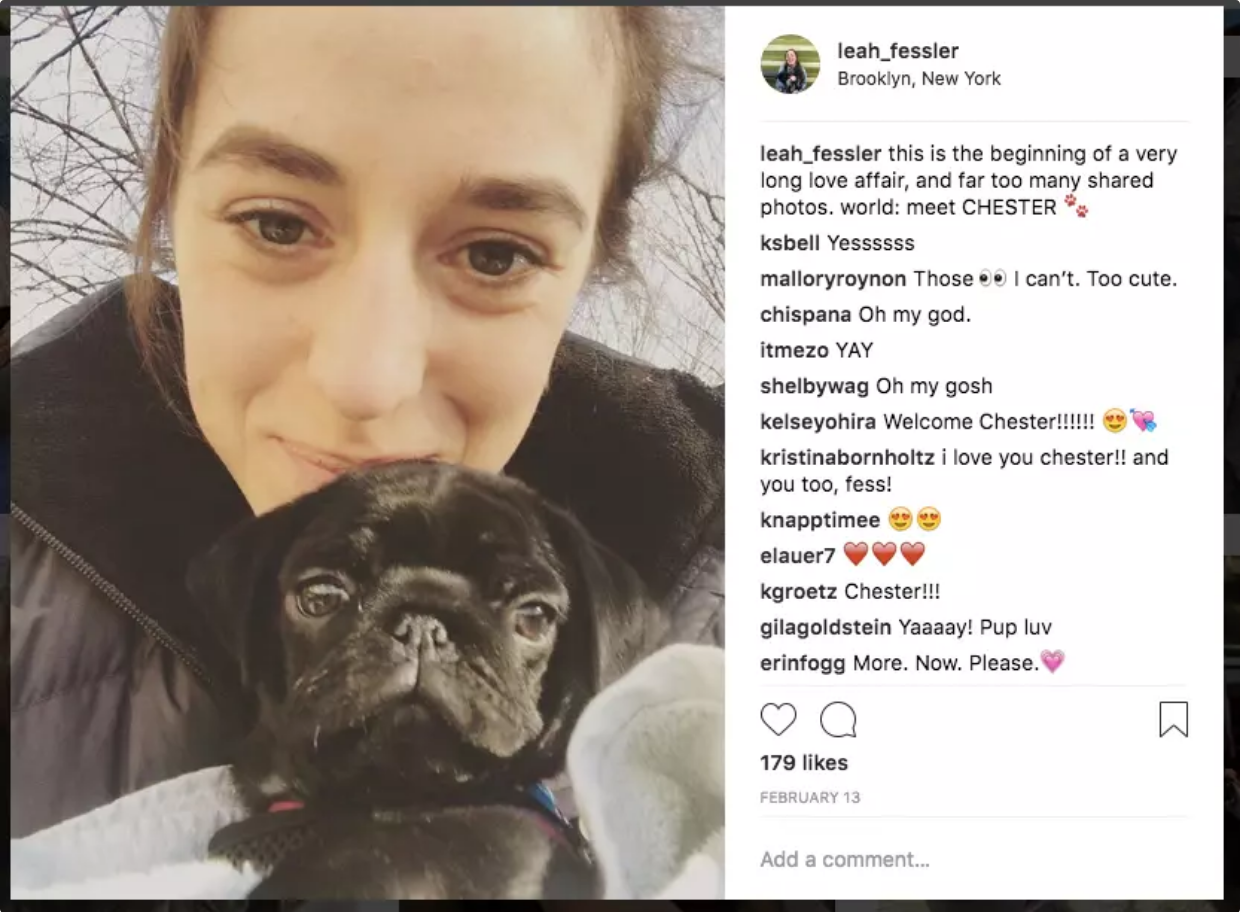 The second, third, and fourth days—the first two months, actually—bordered on nightmare. I fell in love with Chester immediately, and he was fast friends with everyone I knew. Trotting him around my office, or anywhere in New York City, felt like introducing the world to a budding celebrity.

But at home, he peed on my bed, pooped in my sneakers, and staged full-blown protests whenever I put him in—or near—his cage. He hated being left alone, and begged for everything I ate. Walking on a leash was not a thing. Commands did not register. My social life, for all intents and purposes, stopped. My alarm clock was permanently set to 6 am. When his hair started falling out in large patches, I freaked out and cried. The vet was too expensive, and the sulfur solution I needed to wash him with smelled like seven stages of hell.

The phrase “I told you so” came out of my father’s mouth a lot.

Owning a pet—especially a dog who is completely dependent on you for food, exercise, love, and health—is not easy. And yet countless successful women say their best piece of advice is to go ahead and get a dog anyway, as I discovered while reporting last year for the Quartz series How We’ll Win: The Visionaries, which focuses on some of the world’s most influential women who are leading the fight for gender equality at work.

If you’re a working woman, it’s a good idea to get a dog, and not just because dogs are adorable, or because they offer the promise of unconditional love. We need dogs to navigate the working world because pets help us stay in touch with the parts of ourselves that a sexist society is often determined to strip away.

For How We’ll Win: The Visionaries, I interviewed business leaders like GM CEO Mary Barra and Facebook’s Sheryl Sandberg and on-screen celebrities like Lena Waithe and Lena Dunham, along with astrophysicists, comedians, economists, activists, artists, and more. I asked each of these women the same set of questions, including this crucial fill-in-the-blank line: “Everyone should own __________.”

Some women offered philosophical appeals (“Everyone should own a soul,” said MoMA curator Paola Antonelli). Others praised quirky objects (“Everyone should own an Italian espresso maker, the ones with the top that screws on,” said relationship therapist Esther Perel). But what I didn’t expect was the overwhelming, interdisciplinary, and completely shameless advocacy for owning a dog.

Of the 50 Visionaries, seven responded “Everyone should own a dog.” Other than that, no two women gave the same answer to this question.

These are women with insanely busy schedules, tremendous responsibilities, husbands, wives, partners, and children to care for. They’ve started their own companies and risen to the top of their fields. They’re women who, it seems, have approximately zero time to walk, feed, or clean up after a dog. And yet, they do. In fact, many of them quite literally attribute their success—and sanity—in large part to their dogs’ companionship.

I can testify to the mental-health benefits of owning a dog firsthand. My friends are sick of me saying that Chester is “the light of my life.” But he really is. Whether he’s tugging me to the park or snuggling next to me in bed, his companionship is completely non-judgmental, jubilant, and pure. 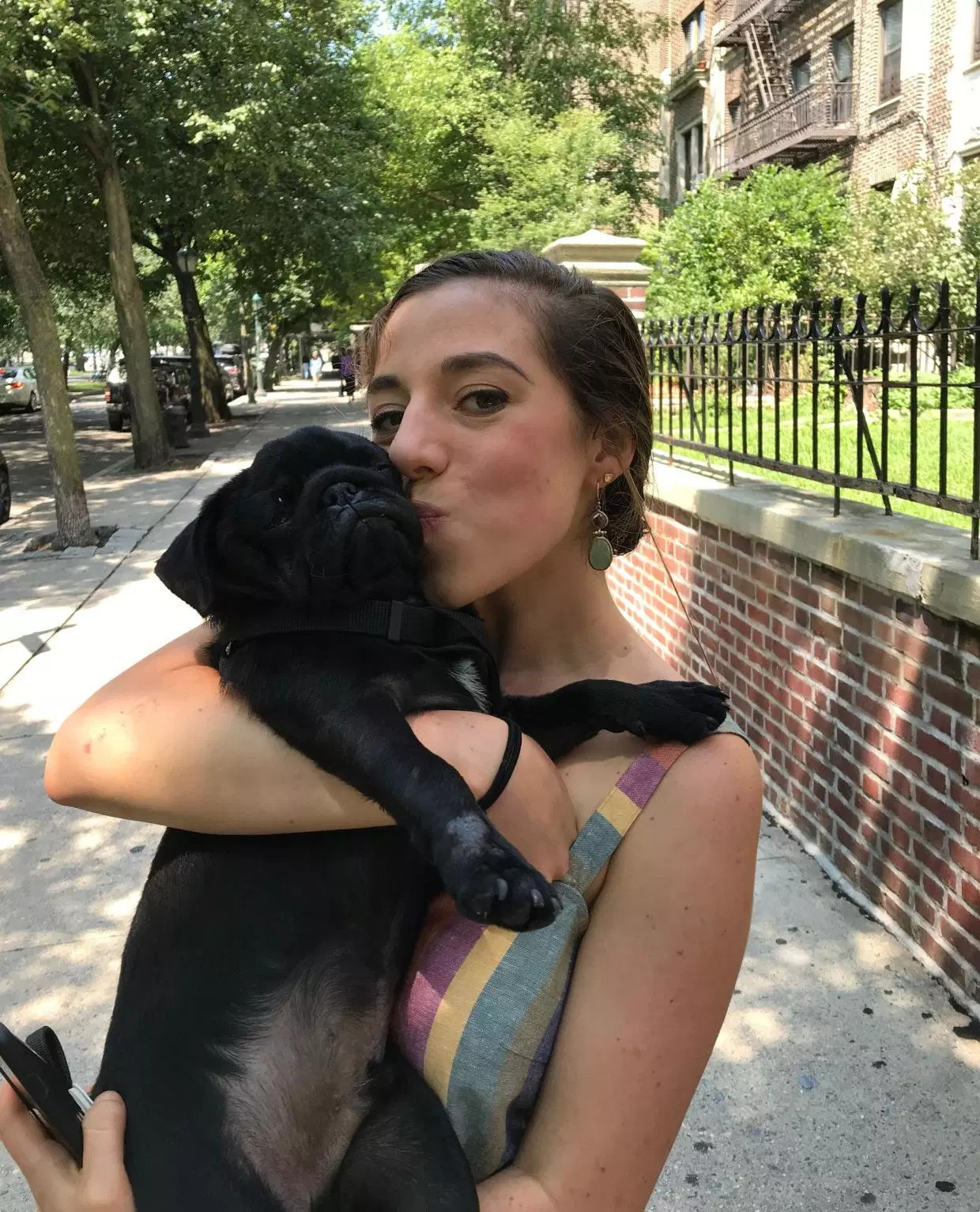 Ches and me, in love.

We’ve adopted the same facial expressions. I can squeal in his face, toss his body up like Simba, or recite poetry in weird accents, and he still looks up at me like I may, possibly, be a god. He gives order to my life and teaches me to stop worrying about stupid minutia.

But his sloppy kisses and endless love aren’t all that’s kept me afloat. In a world that routinely shuts down, harasses, and demeans women, it’s easy to feel like nothing makes sense and no one can be trusted. And when you’re working a demanding job—whether you’re a CEO, an actor, a maid, or a waitress—stress, often rooted in the complexities, biases, and behaviors of the people you work with, is inevitable.

Dogs, and pets in general for that matter, don’t have these kinds of complexities, demands, or fears. They enjoy love and attention, but they make it easy for you to offer it. They give love and attention without asking for anything in return. They don’t care if you’re skinny, fat, successful, failing, rich, or poor. To them, you’re perfect. Trite as it sounds, there’s no message more important for women—and all people who sometimes struggle with self-doubt—to internalize. Even if it comes from a four-legged pudge that can’t speak.

What’s more, witnessing so many powerful women’s adoration for their dogs reminded me of an important lesson: Being a feminist doesn’t require women to dismiss all notions of traditional femininity. You can love and take care of something—something needy and child-like, or an outright child—and still be a huge, independent success.

For parents of children, this may seem exceedingly obvious. But for me, and for many other women, it’s still a lesson worth repeating.

Here are the Visionaries who preach for pups, plus more powerful women’s thoughts on the difference their dogs have made in their lives.

Lauren Duca, journalist: “Everyone should own… a perfect little fairy­fox puppy named Demi. (Seriously though, having a dog makes it way harder to hate everything.)”

Claudia Goldin, Harvard economist: “Everyone should own… a dog (but dogs own us).”

Mary Barra, CEO of General Motors: “Everyone should own… a dog.”

US House representative Pramila Jayapal: “Everyone (who has a dog) should own… a dog-paw washer.”

Sallie Krawcheck, CEO of Ellevest: “Everyone should own… a pet. They’re great companions and have been shown to reduce stress. I’m partial to cats; I don’t get it, but I understand some people like dogs.”

Erica Joy Baker, senior engineering manager at Patreon: “Everyone should own… a dog. (My apologies to those who are allergic to them.)”

Diane Rosenfeld, Harvard Law School lecturer: “Everyone should own… a Portuguese water dog.”