Far from “going extinct,” as it was once predicted, poems are viral, vital—and invincible. 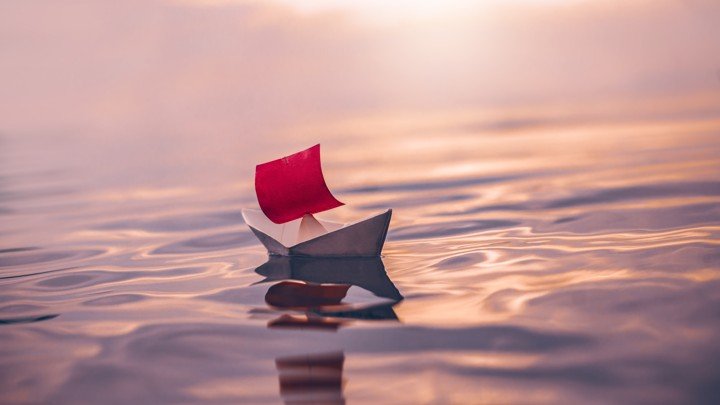 In April 2015, The Washington Post published an article that combined insult, injury, and statistics with a ruthless efficiency. Headlined “Poetry Is Going Extinct, Government Data Show,” the piece—published (insult! injury!) at the height of National Poetry Month—was based on the most recent results of the survey that the National Endowment for the Arts conducts every five years as part of the Census Bureau’s Current Population Survey: an attempt to understand, through numbers, Americans’ relationship to the art form that represents, as Wallace Stevens once put it, “the renovation of experience.”

The survey’s top-line tidings, if you care about poetry as an art form, were as dire as the plummet-lined graphics the Post created to accompany the story. The survey, citing data gathered in 2012: “Since 2002, the share of poetry-readers has contracted by 45 percent—resulting in the steepest decline in participation in any literary genre.” The Post, summing it up: “Over the past 20 years, the downward trend is nearly perfectly linear—and doesn’t show signs of abating.”

But then … in the intervening years, something striking happened. In its most recent survey, conducted in 2017 and published in 2018, the NEA found that, contrary to the sharp decline it had observed in previous surveys, poetry— reports of its death, etc.—had in fact seen a massive rise in popularity. The number of self-reported poetry readers in the United States nearly doubled from 2012 to 2017, that survey found. And while growth in poetry reading was present across all the demographics the NEA surveyed, including urban and rural, it was young adults who demonstrated the largest and fastest increase, with the poetry-reading rate among those aged 18 to 24 more than doubling, from 8.2 percent in 2012 to 17.5 percent in 2017. And it was women and people of color, in particular, who helped to drive the expansion.

The challenge with a sweeping survey like the NEA’s is, in part, definitional: What, actually, is poetry? Is it words printed on a page, cloistered and gossamered and sold in the poetry section at Powell’s Books? Or is it something broader, more viral and musical and culturally expansive, and therefore much harder to define and also harder to imagine going extinct? Rupi Kaur, with her fusions of word and image that have gotten her dubbed an “ Instapoet,” is, by pretty much any commercial measure you’d care to use, one of the most popular poets in the world. Bob Dylan won the Nobel Prize in Literature. In her short story “Now More Than Ever,” Zadie Smith seemed to reference Kanye West without naming him. “He is one of the newer poets,” she wrote—“the musical kind—and so his words tend to go everywhere, floating between our towers, rising above the city.”

The “death of poetry” has been predicted with such frequency that it’s become a mordant joke, as have the “Poetry is dead, long live poetry!” rejoinders; everywhere, though, are reminders that these debates can miss the broader point. Poetry can’t die, any more than air or water can meet such an end, because poetry in the more expansive sense is not “poetry” in the narrow. Poetry is permeative; it is currency; and it is, thankfully, too big to die. Americans may not be settling into easy chairs with cups of tea, reading Tennyson; what they are doing, though, is passing around poems about mansplaining on Facebook, and making jokes about cold plums and fridges and poor apologies on Twitter, and listening to Beyoncé, and pausing to take in a Nayyirah Waheed poem on Instagram, and using poetry, in general, to communicate and comprehend and, figuratively and sometimes literally, cope. What they are doing is absorbing the “ language that sounds better and means more,” as it floats and dances and rises, still, above the city.

Americans are also, should they choose, watching poetry—“reading” it, through another means—on TV and online. In the spring and summer of 2018, PBS has been airing its series Poetry in America on its stations and online. Hosted by Elisa New, a professor of American literature at Harvard, the show, along with a series of digital courses, features New conducting wide-ranging and rich conversations about poetry with a series of celebrities: Nas (they discussed Walt Whitman’s “Song of Myself,” as well as Nas’s own “It Ain’t Hard to Tell”); Tony Kushner (Herman Melville’s “The Conflict of Convictions”); Elena Kagan (Marianne Moore’s “Poetry”); Joe Biden (Robert Hayden’s “Those Winter Sundays”); Herbie Hancock (Langston Hughes’s “Harlem,” as well as Robert Pinsky’s “Shirt”); Eve Ensler (Adrienne Rich’s “Diving Into the Wreck”); John McCain (Robert Service’s “The Cremation of Sam McGee”); and many, many more.

What’s striking about the collection, as a work of public literature, is how elastic it is when it comes to the notion of poetry itself. What the series is doing, effectively, episode by episode and clip by clip, is what the so-called Instagram poets do: It is fusing words and images to bring poetry to life in a new way. It is poetry meeting documentary. There’s power, New told me, in the simple act of having people, literally, on the same page: meditating on the same words, interpreting them, bringing their own experiences to bear on them, communing through them. Through the space of poetry, New said, “you have this encounter with another human being”—which is ultimately “an encounter with your own humanness.”

Poetry in America has the gravitas of the traditional academy as part of its project—New brings not only her own expertise, but also the broader imprimatur of Harvard with her to the series—but it is above all stridently democratic. (“ Poetry in America believes that anyone can have a conversation about a poem,” goes the show’s mission statement.) The production is acknowledging, essentially, in its multimedia form, the ways people typically consume poetry these days: not just with their eyes, but with all their senses. And it’s endorsing the same broad idea the NEA reported, in its poetry survey: Poetry is, far from approaching “extinction,” more diverse and more popular and more powerful than ever. “From what I’m seeing, this is a renaissance,” Jeff Shotts, the executive editor of Graywolf Press who edited three of the 10 collections that made it onto the long list for the 2017 National Book Award in poetry, told Jesse Lichtenstein for a piece in The Atlantic.

It’s a renaissance that was partially ratified, as cultural shifts so often will be, by controversy. Poetry was in the news once again in the summer of 2018 because of a work published in one of the most traditional outlets there is: the pages of The Nation. “ How-To,” by the white poet Anders Carlson-Wee, was told from the perspective, it seemed, of a homeless black man: “If you got hiv, say aids. If you a girl, / say you’re pregnant—nobody gonna lower / themselves to listen for the kick. People / passing fast.” Soon after the poem was released, the Nation editors who published it apologized for endorsing a work that included, as they wrote in an apology that now precedes the poem on The Nation’s website, “disparaging and ableist language that has given offense and caused harm to members of several communities.”

The debate about the poem—about its language, about its politics, about the claims it makes, implicitly, about voice and agency and power and empathy and authorship—carries on, in The New York Times and The Guardian and The Atlantic and across social-media sites. And so: Here is a poem in the most classic way of it, lines in a printed magazine, consumed in ways that are new and diffuse and uncontainable. Ways that suggest how urgent poetry is and remains in a culture that has so much thinking and talking and debating to do, about what it is and what it wants for itself—a culture in which words, wound together with both permission and constraint, live in the ether. A culture that too often treats words as weapons, and, because of that—now more than ever—needs all the words of wisdom it can get.

Megan Garber is a staff writer at The Atlantic, where she covers culture.