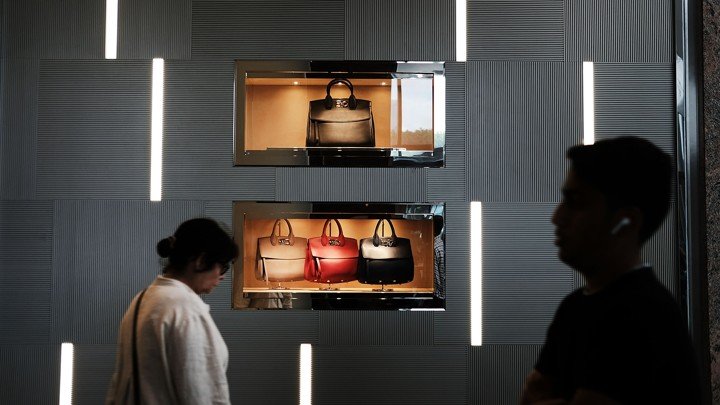 In 1899, a brilliant but stubborn economist named Thorstein Veblen coined a term that proved quite useful in the following century and beyond. His theory of “conspicuous consumption”—basically, purchasing certain goods in order to show off—introduced a way of thinking about why people buy things that are expensive and unnecessary.

Veblen established the basics of the concept, but, even nearly 120 years later, researchers are still making sense of how people practice it. And what they’re finding is that people tell themselves all sorts of stories—some true and some less so—about whether owning visibly luxurious things (like cars, watches, or electronics) will serve them well.

A recent study by Stephen Garcia at the University of Michigan explores that second myth. He and his co-authors set up a variety of hypothetical scenarios and asked subjects what they’d choose to do in one of two roles—either as someone trying to make friends or as someone evaluating potential friends. They found that there’s an imbalance in how the people in the latter position perceive those in the former. “People think … that status is going to attract new friends,” he told me. “However, it actually has the opposite effect—that is, people would rather befriend, in a conversation or in an interaction, someone who doesn’t display [high-]status, but rather more neutral markers,” like a Timex instead of a Rolex.

In one of the researchers’ experiments, subjects—recruited from the main street of an unnamed upscale suburb—were asked how they’d get to a wedding party if they were trying to make new friends: in a luxury car or a more basic one? About 65 percent of respondents picked the luxury car. Another group of subjects, though, was asked who at the party they might want to befriend, and the luxury-car owners were on average rated as much less socially appealing than were the basic-car owners.

In another experiment, college students were asked to pick who they’d like to have a conversation with after being presented with two profiles of imaginary participants that included their hobbies, their home state, the type of car they drive, and the brand of winter coat they wear. The fancier peer—the one who drove a 2017 BMW and wore a Canada Goose jacket—was picked less than a quarter of the time.

Garcia told me that one way to explain these findings is that people, when looking for friends, don’t like feeling inadequate; there’s research showing that people get uncomfortable when their friends outperform them and that they’re less okay with a friend’s success than with a stranger’s. (Another interpretation—and this one’s mine—is that people might mistrust rich people, or at least those who flaunt their wealth.)

Of course, no one would like to admit that they’re buying something to win friends or seem cool, so many people rationalize their purchases in other sorts of ways. In a 2016 paper, the Harvard Business School professor Anat Keinan and her co-authors studied what they call “functional alibis”—the excuses people make for expensive purchases that play up a product’s function. For example, they might justify buying a Range Rover because it can handle extreme conditions, or justify buying a high-end handbag because it has a useful protective pocket for a laptop. “When people indulge, they want to feel like there’s some sort of rational excuse for their behavior,” Keinan told me.

Marketers, Keinan says, are aware of how consumers rationalize these types of purchases—hence ads for high-end pens and watches that emphasize the products’ precision and performance. “You want to feel that you’re rational, that you’re a smart shopper, that you’re not wasting your money, that you’re not perceived as the kind of person who buys things just to impress others,” she says, and ads can encourage those narratives.

One of the reasons that status symbols inspire such ambivalence is that they are wasteful, which is how Silvia Bellezza, a professor of marketing at Columbia Business School, put it when describing to me the way they work. “Because we are social animals, as soon as you have more than others, you want others to know that you do,” she says. “How do you display that? By wasting stuff.”

Veblen wrote that conspicuous consumption has been around since the time of cavemen. In his time, one common example of wasting in the name of status was studying Latin or Greek—languages that require, in Bellezza’s words, “a lot of time in which you didn’t have to worry about what you were going to eat next.” So, money can be wasted, but so can time and other resources. “The common denominator is waste,” she says. “The what and how changes with time.”

Lately, in certain circles, the what and the how have changed—moving away from items like luxury cars and toward cultural markers like the college one attended or the books one has read. Bellezza says that many high-end goods have lost some of their signaling value because they are, like less pricey items, now mass-produced too, and thus available to a global middle class that is wealthier than it used to be.

Of course, a nice car still remains a powerful status signal—but that doesn’t mean it always sends the messages its driver wants it to.