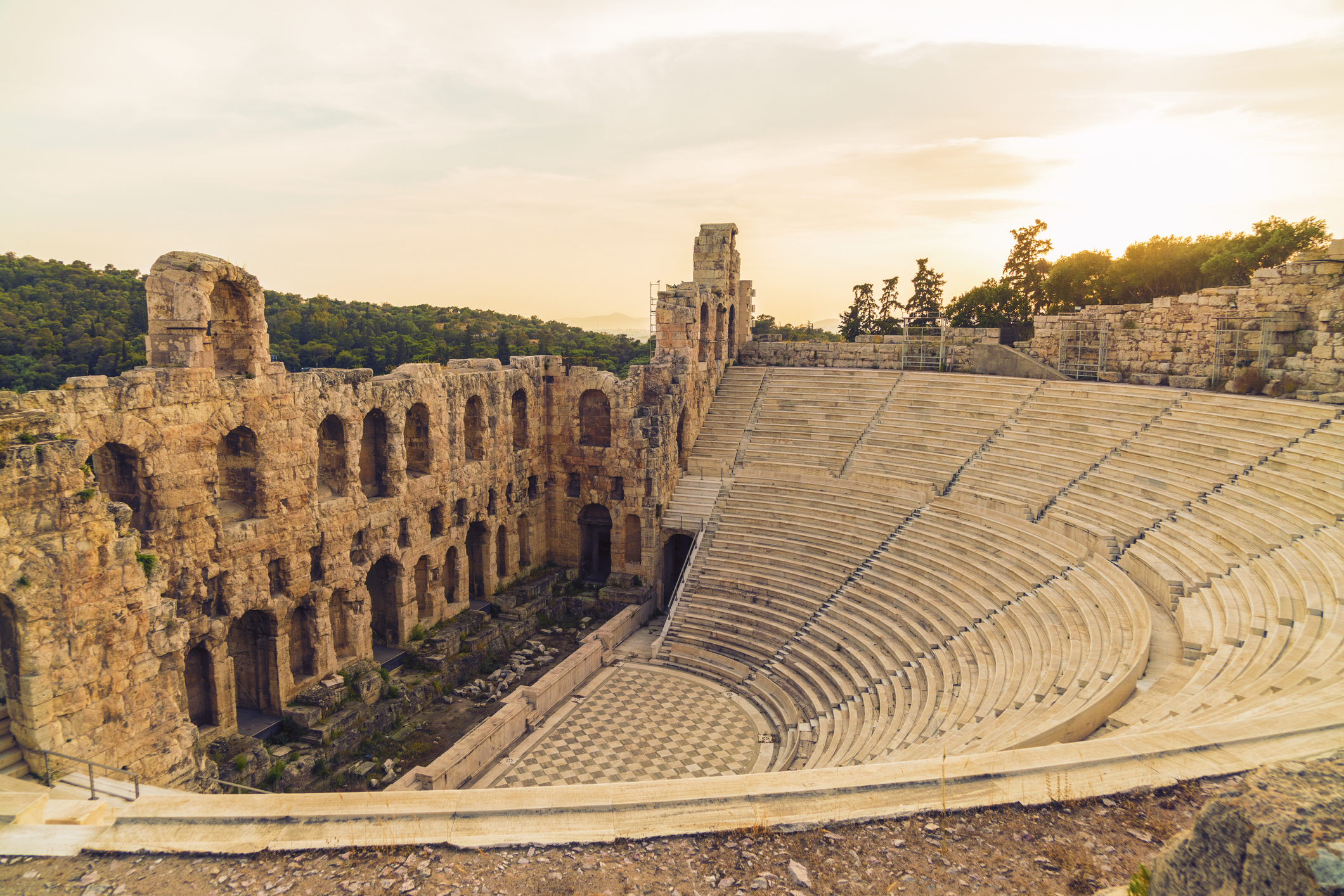 A woman looks out at us, her arms stiff and doll-like. She resembles a robot, perhaps a distant twin of Maria, the automaton of Fritz Lang’s 1927 classic film Metropolis. But this unique female figure—a depiction of Pandora—was painted on a clay vase nearly two and a half millenniums ago. And while humanity lacked the tools or the science to build an actual robot back then, the Greeks of that period were already imagining the possibility of artificial life.

As in our own era, the Greeks were ambivalent, even fearful, about the idea of imitating nature. But they had the story of Pandora as an example: According to Greek mythology, the young woman depicted on the vase was a trick devised by Zeus to punish mortals for accepting Prometheus’s stolen gift of fire. She was constructed by Hephaestus, the brilliant blacksmith god of invention and technology. According to ancient myths first written down around 700 B.C., Hephaestus forged marvelous weapons for the gods and heroes and built self-moving devices and wonders, including automated bellows for his forge, a crew of feminine automatons, automatic gates for the heavens, the colossal robot Talos that guarded the island of Crete, and a host of other animated machines.

Zeus commanded Hephaestus to create a kalon kakon (“beautiful evil”) in the form of an uncannily beautiful young woman who would arouse men’s lust. This bewitching fembot called Pandora would be dispatched to earth with one mission: to open a sealed jar filled with all the suffering and misfortunes that plagued humankind.

Zeus instructed Hephaestus to give Pandora the power to move on her own and assembled the gods to contribute to her making. Athena dressed her in dazzling clothing; the Graces endowed her with charm and persuasion; Aphrodite filled Pandora with irresistible sex appeal; and Hermes gave her the “shameless nature of a female dog,” according to Hesiod. Pandora was described by the poets as made, not born. Essentially, she was a lifelike replicant with no parents, childhood, or memories; no desires or emotions; no agency of her own, no past, and no future. Unaware of her origins and purpose, Pandora’s only function was to be accepted as a real woman among humans and then unleash everlasting misery.

Many ancient vase paintings illustrated the myth; each of them emphasized Pandora’s artificiality. One arresting scene on a vase of about 500 B.C. shows Zeus holding up a small, manikinlike Pandora, admiring Hephaestus’s handiwork, as Athena brings a wreath to crown her.

But the most remarkable image of Pandora is on a magnificent krater, a vessel for mixing wine, more than a foot high, painted by the famous Niobid Painter of Athens in about 460 B.C. and now stored in the British Museum. Pandora stands with her arms at her sides, looking straight ahead. She resembles a windup doll, an automaton waiting to be set in motion, as the gods bustle around her.

Yet Pandora is facing us—a depiction very rare in vase painting, where the faces of people and animals are almost always shown in profile. This is not an intimate view but an ominous one. In Greek paintings, a full-frontal face indicated a kind of mindlessness, a technique used to depict dead or inanimate figures, such as theatrical masks and statues. Frontal views could also suggest a mesmerizing gaze. On the Niobid vase, both effects are in play: Pandora’s forward-facing stance suggests a blank mind and a compelling stare.

But there’s one more twist here. Facial expressions showing emotion, such as grimaces, frowns, or smiles, are also very rare on ancient Greek vases, where feelings are indicated by gestures or posture. But as Pandora stares at the beholder, she is smiling broadly. What message does her smile send? A knowing smile would have seemed inappropriate for a virginal maiden, but Pandora is a seducer, a destroyer. In some interpretations of the legend, Pandora, like Eve, was the first woman in an all-male world. The Greeks imagined some artificial helpers constructed in the image of women—like today’s Alexa or Siri—but Pandora was an infiltrator and saboteur, similar to Maria of Metropolis or the seductive humanoid Cylons of Battlestar Galactica.

Pandora’s unexpected facial expression is reminiscent of the korai, life-size marble statues of draped maidens that were created from about 600 to 480 B.C. The lips of a kore (and the male kouros) invariably curve up in a mirthless smile. Similarly incongruous smiles appear, for unknown reasons, on the implacable faces of archaic Greek statues, even those in scenes of violence. Art historians call the preternaturally serene—some would say vacuous—expression on such statues “the archaic smile.”

With Pandora’s artificial stance and uncanny grin, the Niobid Painter underscores her manufactured origin and the sense of menace that comes with it. Today, artificial intelligence’s box of wonders and horrors has been opened—a possibility already imagined more than 2,500 years ago.

Adrienne Mayor is a historian of ancient science at Stanford University and the author of Gods and Robots: Myths, Machines, and Ancient Dreams of Technology. Twitter: @amayor.