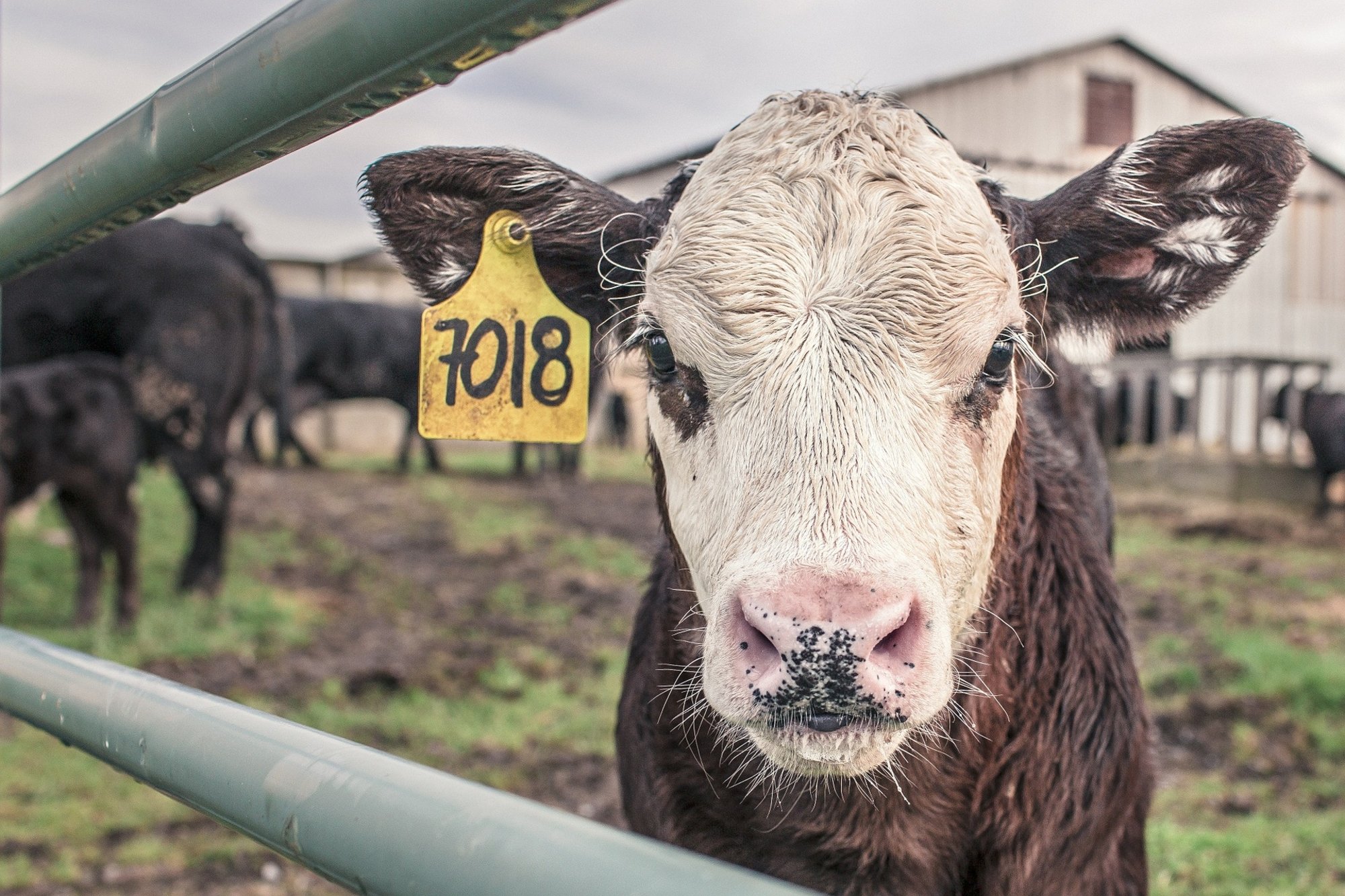 There’s no such thing as a truly average American. With more than 300 million people, it’s impossible for one person to perfectly embody the average or median for a set of variables, especially something as personal as what we eat. But usually when you hear about the U.S. diet, you’re hearing about the quintessential meat-eatin’ soda-guzzlin’ ‘Merican as a stand-in for us all.

Until recently, we had no idea how right or wrong that hypothetical average human’s diet might be. We knew that American diets varied a lot, just not how much or in what ways, exactly. That variability matters a lot to some people though—namely, it matters if you want to change how people eat.

Martin Heller is one of those people. He’s an engineer at the University of Michigan’s Center for Sustainable Systems and one of several researchers who published a paper in Environmental Research Letters assessing how much variability there is in the greenhouse gas emissions of American diets. And it turns out the answer is: a lot. Forty six percent of the total emissions from food came from the diets of just one-fifth of the population.

Mostly that’s because those people eat a lot more meat than the others, especially methane-spewing beef. Animal protein jacks up the emissions for the top consumers, while the ecologically-minded folks at the bottom consume more plant proteins. “I don’t think any of us really had a strong sense of how distributed the greenhouse gas emissions would be,” he says. “That was perhaps the most striking result.” Heller and one of his co-authors had done previous work on how U.S. diets contribute to climate change, but no one has ever really looked into the variability between different diets before.

In part, that may be because the work is just so complicated. To come up with estimates, the group had to link several large databases of information. The NHANES survey results can tell you what a broad spectrum of American plates look like on any given day, but tells you nothing about the environmental impact of those foods. To do that, you have to go to the Food Commodities Intake Database, run by the EPA, and figure out how much meat might be in that meat lasagna, or how many tomatoes are in a generic salad. From there, you have to link the quantities of each type of food to the emissions associated with producing it.

And figuring out how many tons of carbon dioxide get emitted from a single serving of tomatoes is no small task. That process, called life cycle analysis, involves understanding the agricultural processes required at every step of a tomato’s life before it leaves the farm. That includes how much fuel the tractor uses in the field, but also how much energy goes into making the fertilizer and pesticides. Fertilizer, Heller explains, is often one of the bigger contributors. It’s an energy-intensive process that requires making ammonia, and to make ammonia we often use natural gas, so the life cycle analysis for a tomato has to include the natural gas drilling required to make the fertilizer that went into the soil to grow the fruit. And then it also has to include the emissions created by that fertilized soil. Ammonia increases the amount of nitrogen in soil, and that excess nitrogen has the unfortunate side effect of promoting nitrous oxide production. Heller notes that nitrous oxide has 300 times the global warming potential of carbon dioxide, and it’s unavoidably created whenever you fertilize soil.

And that’s just the fruit and vegetable part of the equation. Poultry is a whole other story, since you have to factor in the feed production. Beef is the same deal, with the added impact of cow burps, which are high in methane.

That all has to be calculated for every component of every food. If you report that you ate a pepperoni pizza, these researchers had to find a reference recipe for pepperoni pizza and figure out how many grams of pepperoni sausage, tomato, flour, etc. went into that slice.

This life cycle analysis interestingly doesn’t factor in the emissions and transporting the food products from farm to supermarket or food-processing facility. That’s not an oversight. “The whole local food movement has really emphasized the impact of food miles,” says Heller. “But most of the research points out that that’s not really a huge part of the total. What goes on at the farm is a much bigger piece.”

And by the way, though there are other solid reasons to eat organic veggies or pasture-raised beef, Heller says those choices don’t necessarily mean fewer emissions. “Often times those are the things that people’s imaginations jump to, because those are the kinds of choices they’re presented with in the store. Those are small differences, though, and they’re relatively small compared to the large differences we see between food types.” 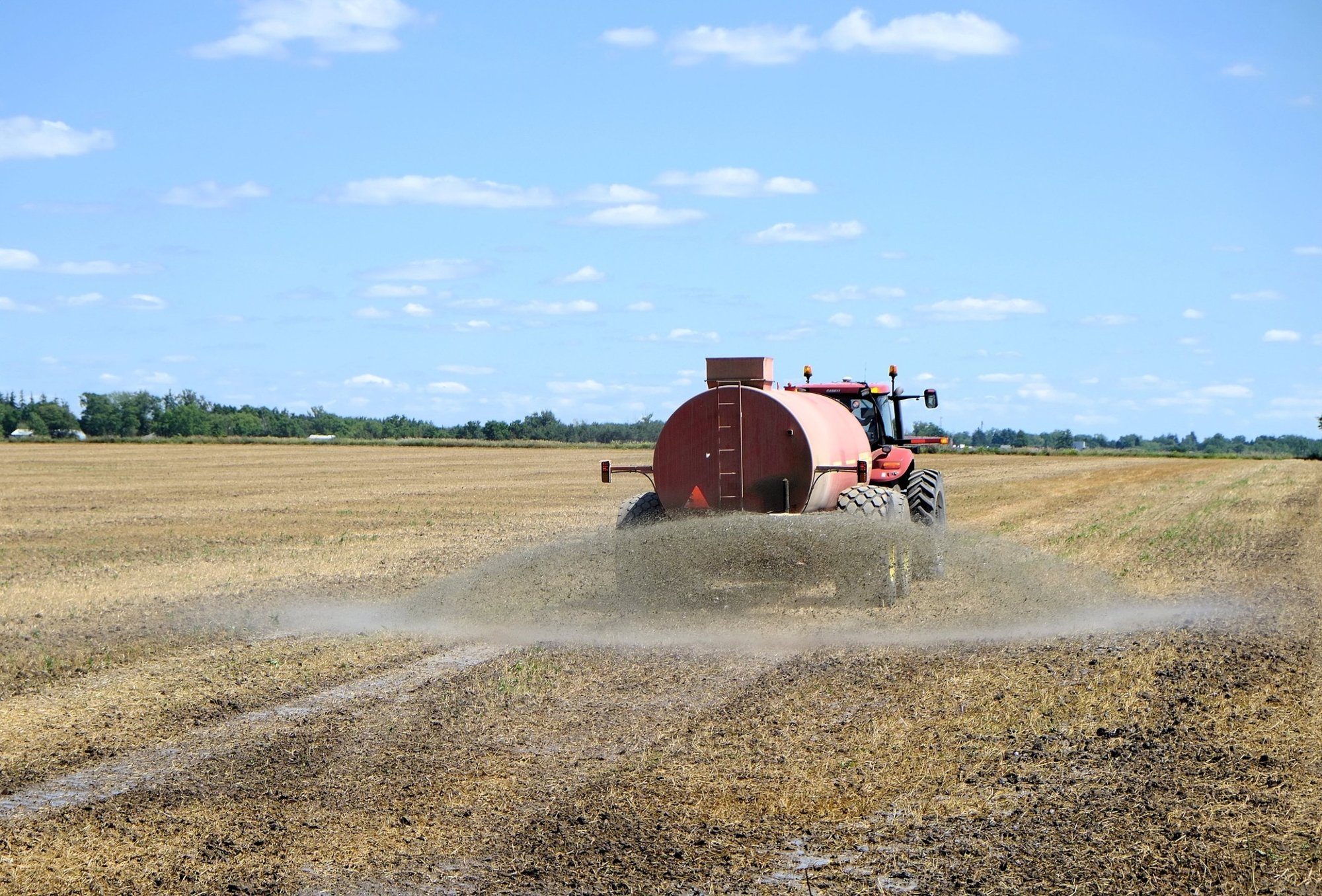 Fertilizer like the one being sprayed here is a surprisingly large proportion of where the emissions from agriculture come from. Photo from Pixabay.

So the whole analysis is time-consuming, but more importantly than that, it’s hard to fund. The federal government and many other institutions simply aren’t interested in putting money up to figure out just how much various Americans might be contributing to climate change with their daily diets. But as Heller points out, you can’t make policy to try to change American diets if you don’t have a high-resolution picture of what the diets look like in the first place.

To fund their project, Heller and his American colleagues had to go to a U.K.-based foundation, the Wellcome Trust, because they couldn’t find funding in the U.S. There’s a funding shortfall throughout his field in the United States—America just isn’t interested in putting money towards understanding the environmental impact of our food.

But it’s exactly that kind of work that can help the U.S. reduce its emissions.

If one-fifth of the U.S. is producing 46 percent of the emissions, efforts to reduce diet-linked greenhouse gas emissions should target those individuals, rather than trying to change the ‘average’ American. The study points out that if that top quintile could shift their diets to match the average, we’d save the carbon equivalent of 661 million vehicle miles every day.

The next question: how the heck do you get even 20 percent of Americans to change what they eat?

Heller’s not sure—no one is, really—but he’s pursuing it. “Clearly we’ve not been very good at encouraging people to shift their diets for their own health. Relative to what our recommended healthy diet is, Americans do pretty poorly,” he says, “But I’ve started to try to think about it as the secondhand smoke of diet choice.” He explains that you can’t think of cigarettes anymore as just one person hurting their own health; it’s inextricably tied to secondhand smoke. If we could start to see our dietary choice the same way—as affecting other people’s health and the planet’s wellbeing—maybe people could start to make better food choices.

A few places are working on that. The Better Buying Lab at the World Resources Institute is tackling practical ways to get consumers to make environmentally conscious choices. Menus of Change, a project between the Culinary Institute of America and the Harvard T.H. Chan School of Public Health, is working on ways chefs and restaurants can push diners to eat less beef and more plant-based foods. One option: make the emissions impacts clear on the menu, just like many restaurants have done with calorie counts.

Heller and his colleagues are still plugging away on more research—what types of people eat the most beef, for example? Do the emissions impacts relate to the nutritional health of food? While he’s figuring out the complicated stuff, take some time to think about your diet. Could you be eating less meat or taking a closer look where your food came from before it got to your pantry? You aren’t average. Why should your diet be any different?