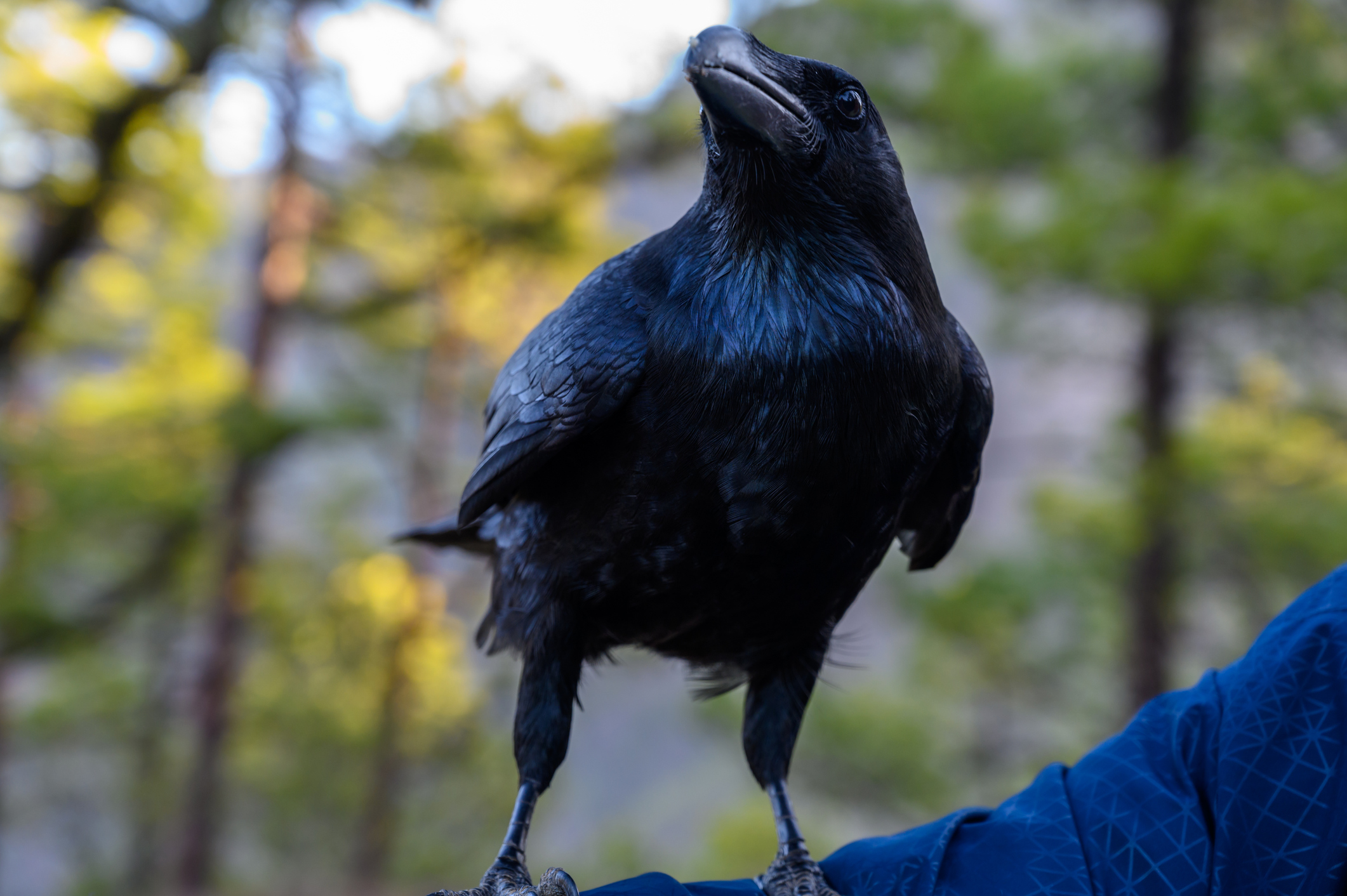 As humans, we love to think we have a monopoly on brain power. But the more we learn about the culture and intellectual capacity displayed by our super freaking intelligent animal relatives like chimps, dolphins, and birds, the less unique human intelligence starts to appear. Crows, in particular, are smart as heck: They make tools out of sticks, and even spontaneously make tools without being taught. Recent research could deepen this picture even more, as researchers have found that crows may possess mental capabilities that we didn’t think were possible.

In a 2018 paper published in the journal Scientific Reports, a team of researchers showed evidence that New Caledonian crows, which have been observed making several types of tools out of sticks, may be able to build tools from memory — even if they have only seen the tool itself and haven’t ever seen the tool being constructed. This suggests that crows can form a “mental template” of tools based on other crows’ tools and their own past tools, which would explain why New Caledonian crows’ tools could have improved over time.

To conduct this study, the researchers, led by Sarah Jelbert, Ph.D., a postdoctoral psychology researcher at the University of Cambridge, trained New Caledonian crows to put pieces of paper into a slot to receive a food reward. But the catch was that only certain sized pieces of paper earned a reward. Once the crows were trained, they were then given a larger piece of paper, which they had to tear into either a large or small size in order to complete the task. The researchers explain that they had the crows use paper instead of sticks or leaves so they could observe the birds’ learning in action:

We developed an arbitrary manufacture task that mirrored pandanus [tree] tool manufacture, in that it required the ripping of material in order to gain food. However, instead of pandanus leaves, we used an unfamiliar manufacture material (card). By requiring crows to use this man-made material to create items that take different shapes than pandanus tools, our task had sufficient novelty to prevent the crows from transferring learnt rules formed during their prior tool manufacture experience in the wild.

Their results suggest that crows can produce the proper tool from their memory, even though the task was new to them. This indicates that crows can learn from each other, even improving upon others’ designs, which has big implications for our understanding of crow culture and how these squirreling-ass birds got so dang good at foraging for food with tools.

If we look at humans as an example, we have improved technologies over time by learning from each other and creating new iterations of inventions, even if we never saw the original inventor in action. After all, the designer of a Ferrari didn’t need to see the very first horseless carriage in action to know how to make a better version. The same seems to be true for crows, which totally changes what we know about them.

In future studies, they hope to investigate just how long crows can hold these mental templates in their heads. “Understanding more about the nature of these crows’ mental representations — including how this information is stored and for how long — will help us to interpret these birds’ behaviour in the wild,” they write.

Peter is a writer living in New York who writes about climate change, chatbots and ants. His work has appeared in Popular Science, New Scientist and Motherboard.