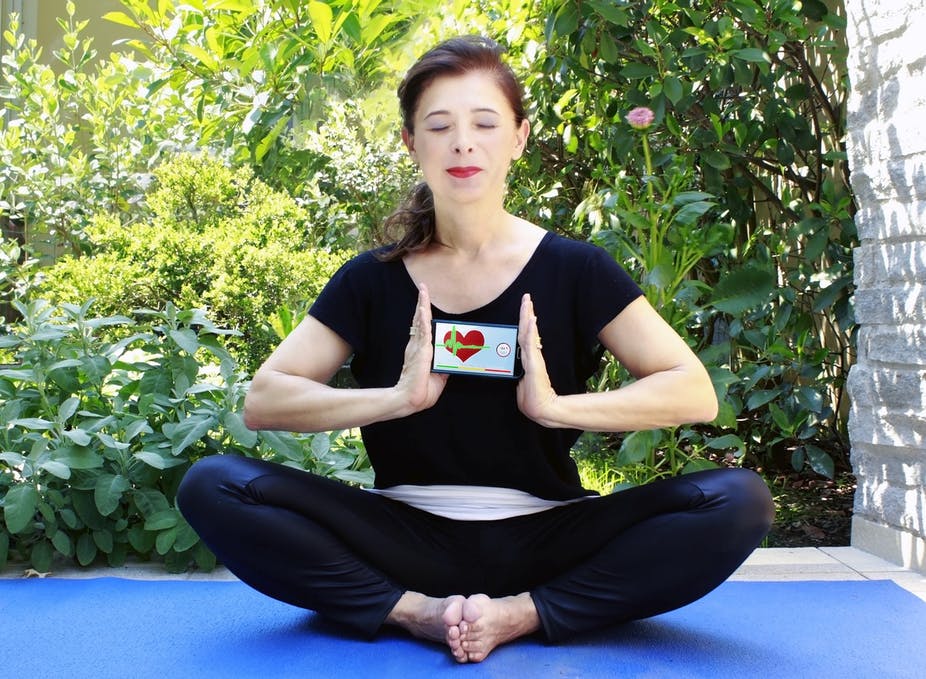 The market has been flooded with apps related to Buddhism and most of them claim to teach meditation. Photo from akiragiulia (pixabay.com).

In today’s stressful world, mindfulness – a type of popular spirituality that strives to focus on the present moment – promises to soothe away the anxiety and stress of modern life. The Internet is full of popular cure-all mindfulness apps targeting everyone from busy urban professionals to dieters, those suffering from insomnia and even children.

We are scholars of Buddhism who specialize in social media research. In August of 2019, we searched on Apple’s App Store and Google Play and found over 500 apps associated with Buddhism. The majority of the apps centered on the practice of mindfulness.

Do these apps truly promote Buddhist ideals or are they a product of a lucrative consumer industry?

As it is practiced in the U.S. today, mindfulness meditation focuses on being intensely aware, without any sort of judgment, of what one is sensing and feeling in the given moment. Mindfulness practice has been shown to counter the tendency in many of us to spend too much time planning and problem solving, which can be stressful.

Mindfulness practices, as pursued by the Buddhist apps, involve guided meditation, breathing exercises and other forms of relaxation. Clinical tests show that mindfulness relieves stress, anxiety, pain, depression, insomnia and hypertension. However, there have been few studies of mindfulness apps.

The current popular understanding of mindfulness is derived from the Buddhist concept of sati, which describes being aware of one’s body, feelings and other mental states.

In early Buddhist texts mindfulness meant not only paying attention but also remembering what the Buddha taught, so that one could discern between skillful and unskillful thoughts, feelings and actions. This would ultimately lead to liberation from the cycle of birth and death.

For example, the Buddhist text “Satipatthana Sutta” describes not only being mindful of breath and body, but also comparing one’s body to a corpse in a cemetery to appreciate the arising and ceasing of the body.

“One is mindful that the body exists, just to the extent necessary for knowledge and awareness. And one remains detached, grasping at nothing in the world,” the sutra reads. 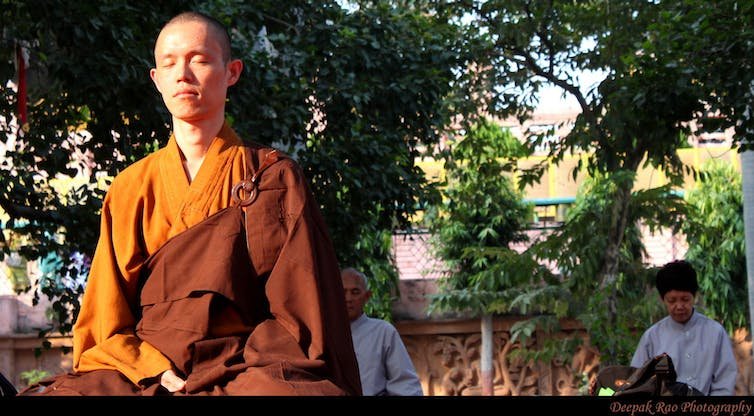 Here mindfulness enables one to appreciate impermanence, not become attached to material things and strive to attain greater awareness so that one can ultimately become enlightened.

Early Buddhist mindfulness practitioners were those who criticized mainstream societal values and cultural norms such as bodily beauty, family ties and material wealth.

Mindfulness apps, on the other hand, encourage people to cope with and accommodate to society. They overlook the surrounding causes and conditions of suffering and stress, which may be political, social or economic.

Mindfulness apps are part of a massive and lucrative industry valued at roughly US$130 million.

Two apps, Calm and Headspace, claim nearly 70 percent of the overall market share. These apps cater to a wide audience, which includes religious consumers as well as the growing number of Americans who consider themselves spiritual but not religious.

Americans spend over five hours each day glued to their mobile devices. Nearly 80 percent of Americans check their smartphones within fifteen minutes of waking up. The apps provide a way to do meditation while on the go.

The fact that Buddhist apps exist is not surprising, as Buddhism has always been skillful at using new media technologies to spread its message. The oldest known printed book, for example, is a Chinese copy of the Diamond Sutra, a Sanskrit Buddhist text that dates to the ninth century.

Are these apps merely repackaging of ancient Buddhism in new digital wrappers?

There is no doubt that Buddhist apps are a reflection of real social distress. But, in our assessment, mindfulness, when stripped of all its religious elements, may distort understandings of Buddhism.

A core aspect of Buddhism is the concept of no-self: the belief that there is no unchanging, permanent self, soul or other essence. In promoting an individualistic approach to religion, then, Buddhist apps may well rub against the very grain of Buddhist practice.

Indeed, our findings show that Buddhist meditation apps are not a cure that relieves suffering in the world, but more like an opiate that hides the real symptoms of the precarious and stressful state in which many people find themselves today.

In that case, Buddhist apps, rather than curing the anxiety created by our smartphones, just make us more addicted to them and, in the end, even more stressed.

Gregory Grieve is Head and Professor of the Religious Studies Department at the University of North Carolina – Greensboro.

Beverley McGuire is Professor of East Asian Religions at the University of North Carolina Wilmington.