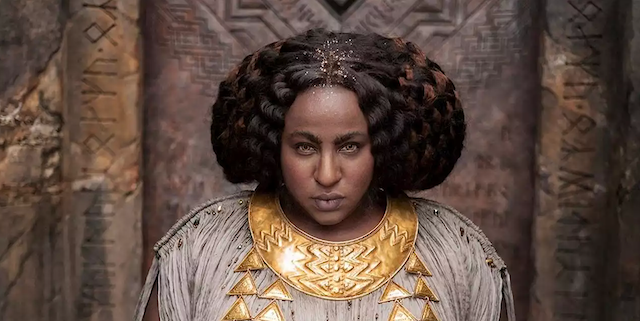 J.R.R. Tolkien’s much-loved fantasy The Lord of the Rings is a work of epic scale, portraying races of imaginary beings in the medievalesque setting of Middle-earth, culminating in a battle of good against evil. Peter Jackson’s film adaptations in the early 2000s established the iconography and aesthetics that many fans grew up with and consider almost sacred.

Now Amazon’s adaptation of Tolkien’s world is coming to our screens in September 2022: The Lord of the Rings – The Rings of Power. Certain reports and teasers have revealed more details about plotlines, ramping up the anticipation.

But it is the diverse casting, which includes non-white actors playing an elf and a female dwarf, which has caused uproar in certain quarters of Tolkien fandom. Some fans argue that Tolkien never described elves, dwarves or hobbits as anything but white, and claim that the casting is disrespectful to his books. But this argument is flawed in two ways.

First, these are imaginary creatures which are not always clearly described in the original books – Tolkien was more interested in metaphysical than biological questions. Still, there is some evidence of dark-skinned elves and hobbits in drafts of The Silmarillion and the prologue of The Lord of the Rings.

Second, even if Tolkien had specified that all elves, dwarves and hobbits were white, it still wouldn’t matter. Adaptations are original cultural products that can imitate, question, rewrite or interpret source material in various ways. Each adaptation is a new text. And each is an opportunity to update outdated and unacceptable tropes, and find ways to represent and normalise non-white characters.

Reinventing Tolkien for the 21st Century

As adaptation theory scholar Linda Hutcheon has shown, adaptations offer “the pleasure of repetition with variation”. For example, in 2005 the Nigerian-British actor David Oyelowo was cast as Prometheus in the Greek tragedy, Prometheus Bound.

This version of the play presented audiences with a Black Prometheus in chains, bringing to mind images of slavery, adding a further layer of complexity to the Titan who suffered for humanity. It will be interesting to see how Amazon will use these casting choices to interpret, critique or expand Tolkien’s world.

But as disgruntled fans might reason, if Amazon must have a diverse cast in this drama, why not stick to having actors of colour playing the characters who are dark-skinned in Tolkien’s texts? But that would perpetuate and reinforce the racialised view of good and evil in Middle-earth. Despite Tolkien’s overall message of friendship and co-operation, and despite his raging against the Nazis, the face of evil in Middle-earth is invariably non-white/non-European.

Tolkien’s portrayal of the Orcs (legions of evil creatures) and the men who ally themselves with Sauron (the arch-villain of LOTR) uses many stereotypes associated with orientalism and the language of prejudice often found in literature from the era of British imperialism (Tolkien was born and grew up in the late Victorian and Edwardian periods). Reproducing this white/non-white divide along moral lines would endorse a very old fashioned and harmful equation of physical characteristics with moral choices. 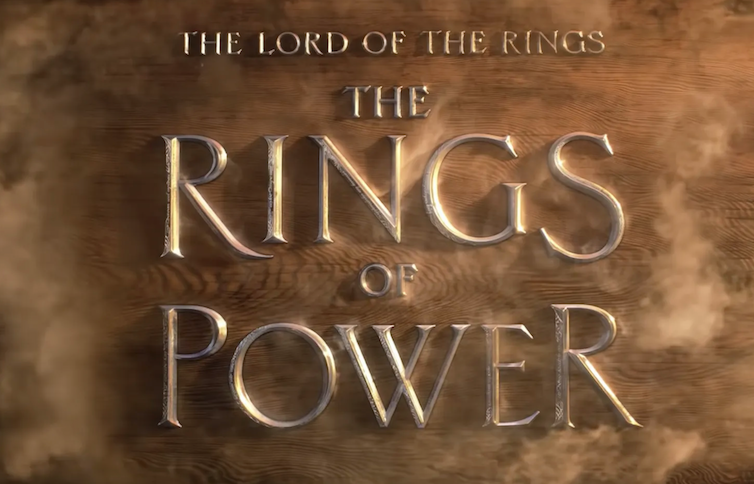 The prospect of a new production with non-white characters has got some purist Tolkien fans in a fankle. Amazon

‘But Tolkien Would Have Hated It!’

Even if we somehow knew what Tolkien would have thought about the new Amazon series, it wouldn’t matter. The author sold the rights to The Lord of the Rings during his lifetime and signed away his right to have a substantial influence over any new adaptation.

But some believe Tolkien was writing a “a mythology for England”, and used myths and texts from Germanic cultures that had nothing to do with people of colour. However, Tolkien never actually referred to his own work in this way. This phrase was introduced by his biographer, Humphrey Carpenter.

In a 1951 letter to a potential editor, Milton Waldman, Tolkien stated that he had intended to dedicate his work to England, but in the same letter also wrote that he wanted to leave space for “other minds and hands” to contribute to his mythology.

But why would audiences these days think of England as white anyway? The country has become a vibrant melting pot of which people of colour are very much a part. Why would an contemporary adaption not reflect that?

In any case, the idea that people of colour were not part of Britain or Northern Europe in the ancient and medieval past is false. There is plenty of evidence of diversity in Roman Britain, for example. As for the Vikings, they were not a homogenous or “pure” racial group (especially due to trade and raids). 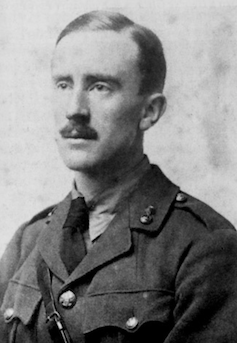 Tolkien as a 24-year-old British Army lieutenant in 1916. WIkipedia, CC BY

More recently, films such as Thor, based on the superheroes from Marvel Comics show figures of Norse mythology played by Black actors Idris Elba and Tessa Thompson. Why should an adaption of Tolkien’s literary work not do the same?

Any new adaptation of such a beloved fantasy world as Tolkien’s is bound to disappoint some of the more “purist” fans, but adaptations are products of their times and a re-envisioning of the original material they are based on.

Once it airs, the new Amazon series will be critiqued by academics and fans alike for many of its choices regarding plot, characterisation and setting. But judging the casting based on skin colour and claiming Middle-earth as exclusively white is not just misguided, it clearly exposes what researcher Helen Young has called fantasy’s “habits of whiteness”.

As a popular element of 21st-century culture, fantasy’s issues with race, racism and white privilege are subjects the genre has not yet fully addressed. Amazon’s new series is a step in the right direction.