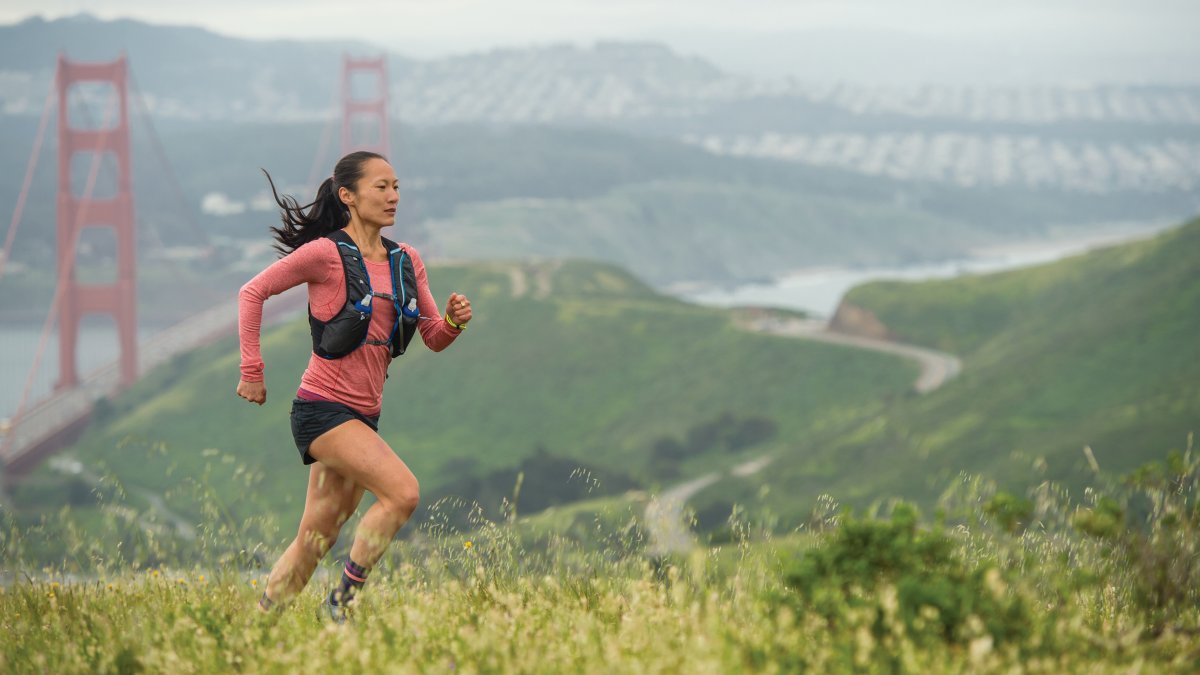 How should you be training? Photo by Scott Markewitz / Gallery Stock.

Despite the apparent complexity of modern exercise programs, you really have only two options if you want to get fitter: you can train harder than you’re currently training, or you can train more. Those two variables, intensity and volume, are the basic levers that all training plans fiddle with in various ways. But let’s be honest: two variables is still too many. We all secretly want to know which one is really the master switch that controls our fitness.

That’s the debate that showed up in an issue of the Journal of Physiology, in which two groups of researchers offered contrasting takes on the claim that “Exercise training intensity is more important than volume to promote increases in human skeletal muscle mitochondrial content.” The amount of mitochondria in your muscles is the most important adaptation that occurs in response to endurance training, so the debate was effectively about whether running faster or running longer is the best way to boost your endurance.

The group arguing in favor of intensity included Martin Gibala of McMaster University, who is well-known for his studies of high-intensity interval training, along with his doctoral student Lauren Skelly and his former post-doctoral trainee Martin MacInnis, who is now at the University of Calgary. In their article (which is freely available online), they make two main claims: first, that when you compare training programs where subjects do an equal amount of total work, those who train at a higher intensity and lower volume see the biggest gains in mitochondria; and second, that in the real world intensity is the most important variable because the vast majority of people are unwilling to spend long periods of time doing high-volume training anyway.

In response, David Bishop and Javier Botella of Victoria University in Australia, along with their former colleague Cesare Granata, now at Monash University, cite a combined analysis of 56 studies that suggests a robust relationship between total training volume and mitochondrial changes. The same analysis didn’t find any significant relationship between training intensity and mitochondrial changes, suggesting that volume is really the key variable.

Each group then posted a rebuttal, and the differences boil down to a few key points. One is a somewhat obscure methodological debate on how you measure mitochondrial changes. Gibala’s team argues that we should focus on human studies, and look for the presence of various molecules that indirectly suggest that mitochondrial content has increased. Bishop’s team, on the other hand, argues that indirect measures of mitochondria can be misleading, so we should give more weight to studies with direct measures (using a transmission electron microscope, for example), even if those studies are done in rodents rather than humans.

That’s an important point for researchers to wrestle over, of course. For the rest of us, the more interesting tussle is over what “more important” means. Bishop and his colleagues are willing to concede that higher-intensity exercise will give you a greater mitochondrial response per minute of exercise. To Gibala, this is a crucial point: in a time-pressed world, getting more fitness per minute spent working out is important to enable more people to meet their fitness goals.

But to Bishop, efficiency and effectiveness are two different things. In the context of competitive sports, the contest is to see who is fastest, not who spent the least amount of time training. Moreover, the per-minute comparison can be somewhat misleading: the “one-minute workout” that gave Gibala the title of his book is actually three times 20 seconds of hard cycling with recovery periods of two minutes of easy cycling, preceded by a warm-up and followed by a cool-down. And in a general fitness context, others have questioned whether lack of time is really a significant barrier, or whether it’s just a convenient excuse for avoiding something perceived as unpleasant.

In practice, I think the urge to crown one single variable as the most important probably isn’t very useful. It reminds of me an an example Mayo Clinic physiologist Michael Joyner sometimes cites: the final of the men’s 5,000 meters at the 1964 Tokyo Olympics. The race was won by Bob Schul, who trained pretty much exclusively with twice-a-day interval workouts. The runner-up was Harald Norpoth, who relied on well over 100 miles a week of long, slow distance. Bronze went to Bill Dellinger, who later coached at the University of Oregon and did a mix of intervals and longer, slower runs. Exactly one second separated the three men. As a bonus, also in the race was Ron Clarke, who did mostly medium-paced runs that we would now call threshold training.

One lesson to take from that race is that there are many roads leading to the same podium. Gibala’s and Bishop’s groups agree that intensity and volume are both effective at triggering mitochondrial adaptations and improving endurance. Which one you see as most important probably depends on your goals (winning races, improving health) and personal preferences. Some people love long, relaxed runs, rides, or hikes; others love the adrenaline of pushing hard, or simply want to get it over with. At the high end, if you push either intensity or volume to sufficient extremes, Joyner suggests, you can probably more or less max out the physiological adaptations you’re capable of getting with either approach.

To me, it’s telling that the athlete from that 1964 race whose training most resembles what modern athletes have chosen to do is Dellinger, who did a bit of everything. As the Gibala-Bishop debate illustrates, there are physiological arguments supporting both volume and intensity. But doing the same thing over and over again will eventually produce diminishing returns—or drive you nuts. If you’re going to look beyond studies that last only a few weeks or months and ask what training variable is the most important for sustaining a lifelong commitment to fitness, then I’d put in a vote for “all of the above.”

Alex Hutchinson is the author of Endure: Mind, Body, and the Curiously Elastic Limits of Human Performance, with a foreword by Malcolm Gladwell. Find him on Twitter and Facebook.