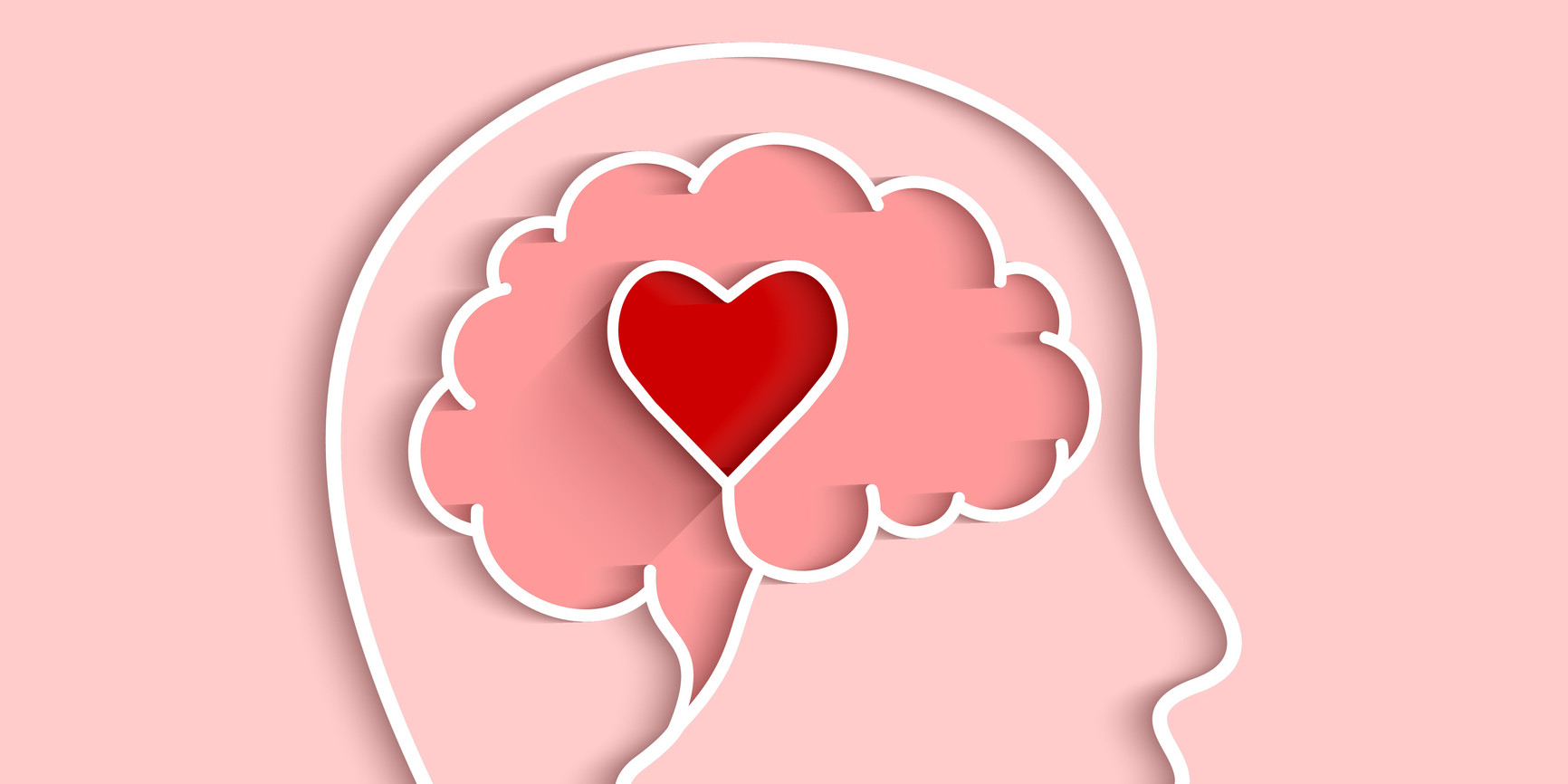 Studying interoception can help us understand the link between mind, brain and body. Photograph: LvNL/Getty Images

If you’re sitting in a safe and comfortable position, close your eyes and try to feel your heart beating in your chest. Can you, without moving your hands to take your pulse, feel each movement and count its rhythm? Or do you struggle to detect anything at all? This simple test is just one way to assess your “interoception” – your brain’s perception of your body’s state, transmitted from receptors on all your internal organs.

Interoception may be less well known than the “outward facing” senses such as sight, hearing, taste, touch and smell, but it has enormous consequences for your wellbeing. Scientists have shown that our sensitivity to interoceptive signals can determine our capacity to regulate our emotions, and our subsequent susceptibility to mental health problems such as anxiety and depression.

It is now one of the fastest moving areas in neuroscience and psychology, with academic conferences devoted to the subject and a wealth of new papers emerging every month. “We are seeing an exponential growth in interoceptive research,” says Prof Manos Tsakiris, a psychologist at Royal Holloway, University of London.

Importantly, these findings include promising new ways for you to “tune in” to the body and alter your perception of its interoceptive signals – techniques that may help treat a host of mental health problems. It is only by listening to the heart, it seems, that we can take better care of the mind.

The Origin of Emotion

First, some definitions. Interoception includes all the signals from your internal organs, including your cardiovascular system, your lungs, your gut, your bladder and your kidneys. “There’s a constant communication dialogue between the brain and the viscera,” says Tsakiris.

Much of the processing of these signals takes place below conscious awareness: you won’t be aware of the automatic feedback between brain and body that helps to keep your blood pressure level, for instance, or the signals that help to stabilise your blood sugar levels. But many of these sensations – such as tension in your muscles, the clenching of your stomach, or the beating of your heart – should be available to the conscious mind, at least some of the time. And the ways you read and interpret those feelings will have important consequences for your wellbeing.

“Researchers and clinicians are recognising interoception as a key mechanism to mental and physical health, where understanding our body’s signals helps us understand and regulate emotional and physical states,” says Dr Helen Weng at the University of California San Francisco.

This idea stems from the pioneering work of Prof Antonio Damasio at the University of Southern California in the 1990s. He proposed that emotional events begin with non-conscious changes in bodily states, called “somatic markers”: when you see an angry dog, for instance, and your muscles tense or your heart begins to race. This physiological reaction occurs before you are even aware of the emotion, and it is only when the brain detects the alteration to the body’s internal state, through interoception, that we actually experience the feeling and allow it to shape our behaviour. Without the back-and-forth between the brain and the body, the feelings of happiness, sadness or excitement wouldn’t exist.

As evidence, Damasio described the decision making of patients suffering damage to areas such as the ventromedial prefrontal cortex, which disrupted the creation of those unconscious bodily reactions. If they saw a photo of a horrific car crash, for example, they did not have the slightest physiological response – and this was accompanied by a lack of any emotional feeling either. They reported knowing that they should feel shocked or disgusted, but they didn’t actually experience the feelings. Importantly, the impaired interoception and emotional awareness also disrupted their decision making, meaning that they struggled to cope with the simplest choices, such as what meal to pick on a dinner menu. This suggests that our interoception lies behind our sense of intuition, when something just feels “right” or “wrong” without us being able to explain why.

We now know that many other people – without any kind of brain damage – struggle to tune in to their interoceptive signals, and this can be measured through various exercises. You can ask subjects to count their heartbeat over a minute, for example, and then compare that with the actual reading. Or you can play recordings of a regular beat, and ask the participants to say whether it is in sync with their own heart or not. You can also measure interoceptive awareness with questionnaires that ask people how often they notice their body’s signals.

In each case, individuals show a spectrum of responses, which seem to be related to their ability to recognise and regulate their emotions. It makes sense: if you are more adept at accurately detecting your bodily signals, you will be able to form more nuanced interpretations of your feelings about a situation, and this in turn should help you to make wiser choices about the best ways to respond.

Such processes may play an important role in many mental illnesses. A large subgroup of people with depression, for example, often show poorer interoceptive awareness on the heartbeat detection tasks, and, for these patients, the reduced ability to feel their bodily signals may lie behind their sense of lethargy and emotional numbness – the sense that they can “feel nothing” at all.

People with anxiety, in contrast, do report being attentive to their interoceptive signals – but they don’t necessarily read them accurately. They may misinterpret a small change in heart rate as being much bigger than it really is, for example, which can lead them to “catastrophise” their feelings and amplify their sense of panic.

Prof Hugo Critchley at Brighton and Sussex Medical School points out that poor interoceptive awareness can also lead to the sense of “depersonalisation” and dissociation, which are early symptoms of psychosis and may be a precursor of their delusions. Interoception helps us to form our most basic sense of self, he says – and it seems to be askew in these patients.

Therapies that aim to address these problems are still in their infancy, but the early signs are promising. Critchley recently worked with 121 autistic adults – a group known to be at high risk of anxiety disorders – to see if improved interoception could reduce their feelings of stress. Over a course of six sessions, half the participants were given repeated attempts at the heartbeat detection tasks followed by detailed feedback on their performance. Those in the control condition, meanwhile, took part in voice recognition training, which was designed to help them detect the emotional overtones of people’s speech – a task that could well be useful in their lives, but which did not specifically target their interoceptive awareness.

Reporting their results in the Lancet earlier this month, the team found that the interoceptive training group showed markedly lower incidence of anxiety at a three-month follow-up, with 31% completely recovering from their anxiety disorder, compared with just 16% in the control group. “It improved people’s ability to recognise and ‘de-catastrophise’ their physiological experiences,” Critchley says. He tells me that his group has seen similar benefits in a more diverse student population, though that research has yet to be published.

Other teams have been investigating the potential use of mindfulness to improve people’s interoceptive awareness. There are many kinds of mindfulness, of course – some of which may place more focus on the mental experience and the appearance of thoughts. But Prof Cynthia Price at the University of Washington in Seattle has tested a training programme that specifically encourages participants to focus on the internal sensations within sequential body areas.

Her participants were people with substance use problems. The condition is often accompanied by poor emotional regulation, which can make it harder to avoid relapse – and, crucially, many people report a sense of disembodiment that might contribute to their problems.

Price’s results so far suggest that the therapy successfully reduces symptoms of depression and cravings, and in one year-long study, it significantly increased abstinence, compared with those undergoing the standard treatments. She hopes the practice could be beneficial for many other people. “These skills should be helpful for anyone, regardless of whether they have a health condition.”

With time, it is possible that new technologies could ease this process. Tsakiris, for example, has investigated a small non-invasive device that clips to the ear and delivers a mild electric current, through the skin, to the vagus nerve, which acts as a pathway between the gut, the heart and the brain. In one experiment, Tsakiris found that the gentle stimulation increased people’s accuracy on one of the heartbeat detection tasks. “It seemed to strengthen the communication between the brain and the body; it opens up the bandwidth a little bit,” he says.

These are early findings, he emphasises, but if further research confirms the benefits, it could be used during mindfulness exercises to train people’s interoception, he suggests.

Perhaps most intriguingly, the new awareness of interoception can help us to understand why certain physical exercises can be so good for our mental health. For one thing, regular workouts may change the nature of the signals that your brain receives. “If you’re deconditioned from a lack of exercise, you’re more likely to experience symptoms that you might associate with anxiety,” says Critchley. “Your heart will race more when you experience challenges – be it physical or emotional.” As you get fitter, however, and organs such as the heart become more adept at dealing with strain, your body will show a more resilient response to changing circumstances – changes that could spill over into your emotional wellbeing.

Equally importantly, the practice of exercise should lead you to be more attentive to those signals, so that you are also more accurate in reading and interpreting the changes that you detect. “This doesn’t mean that all athletes have very high emotion regulation capacities,” Tsakiris warns. “But they do have an advantage, precisely because their interoceptive system is better attuned.”

It’s not just aerobic exercise that will help; increasing evidence suggests that strength training can particularly effectively reduce feelings of anxiety. You might expect this to arise from the aesthetic improvements and the ego-boost that comes from looking more toned – but the effects remain even if you control for visible changes in muscle size. One potential explanation is that the training somehow alters the interoceptive signals we’re receiving from the muscles. By engaging with our muscles, we feel physically sturdier and more capable to deal with threats – and this bolsters our sense of self-esteem and mental resilience, too.

“Interoceptive feedback from the muscles can tell you something, unconsciously, about what you can achieve in the world,” explains science writer Caroline Williams, whose recent book Move! (Profile, 2021) explores the many ways that physical exercise can benefit the mind. “After strength training, your body feels that it can cope, and so, on some level, you feel a bit more in control of life.”

Interoception, it seems, is one of our most important senses. And by paying a little bit more attention to the signals it sends you, you may be healthier in body and mind.

David Robson is a science writer specialising in psychology, neuroscience and medicine.