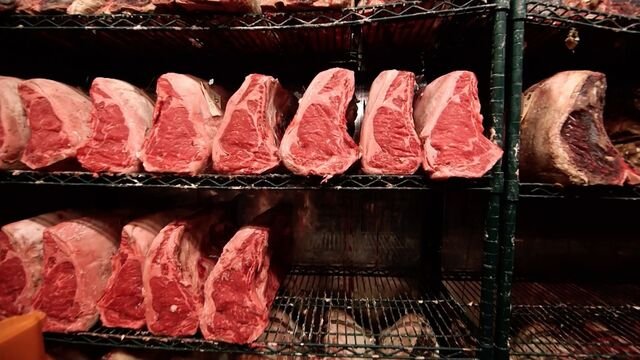 Confused about what to eat? You're not alone.

A bowl of ice cream on a hot day in Shanghai gave American Mitchell Weinberg the worst bout of food poisoning he can recall. It also inspired the then-trade consultant to set up Inscatech — a global network of food spies.

In demand by multinational retailers and food producers, Inscatech and its agents scour supply chains around the world hunting for evidence of food industry fraud and malpractice. In the years since he founded the New York-based firm in 2009, Weinberg says China continues to be a key growth area for fraudsters as well as those developing technologies trying to counter them.

“Statistically we’re uncovering fraud about 70 percent of the time, but in China it’s very close to 100 percent,” he said. “It’s pervasive, it’s across food groups, and it’s anything you can possibly imagine.” 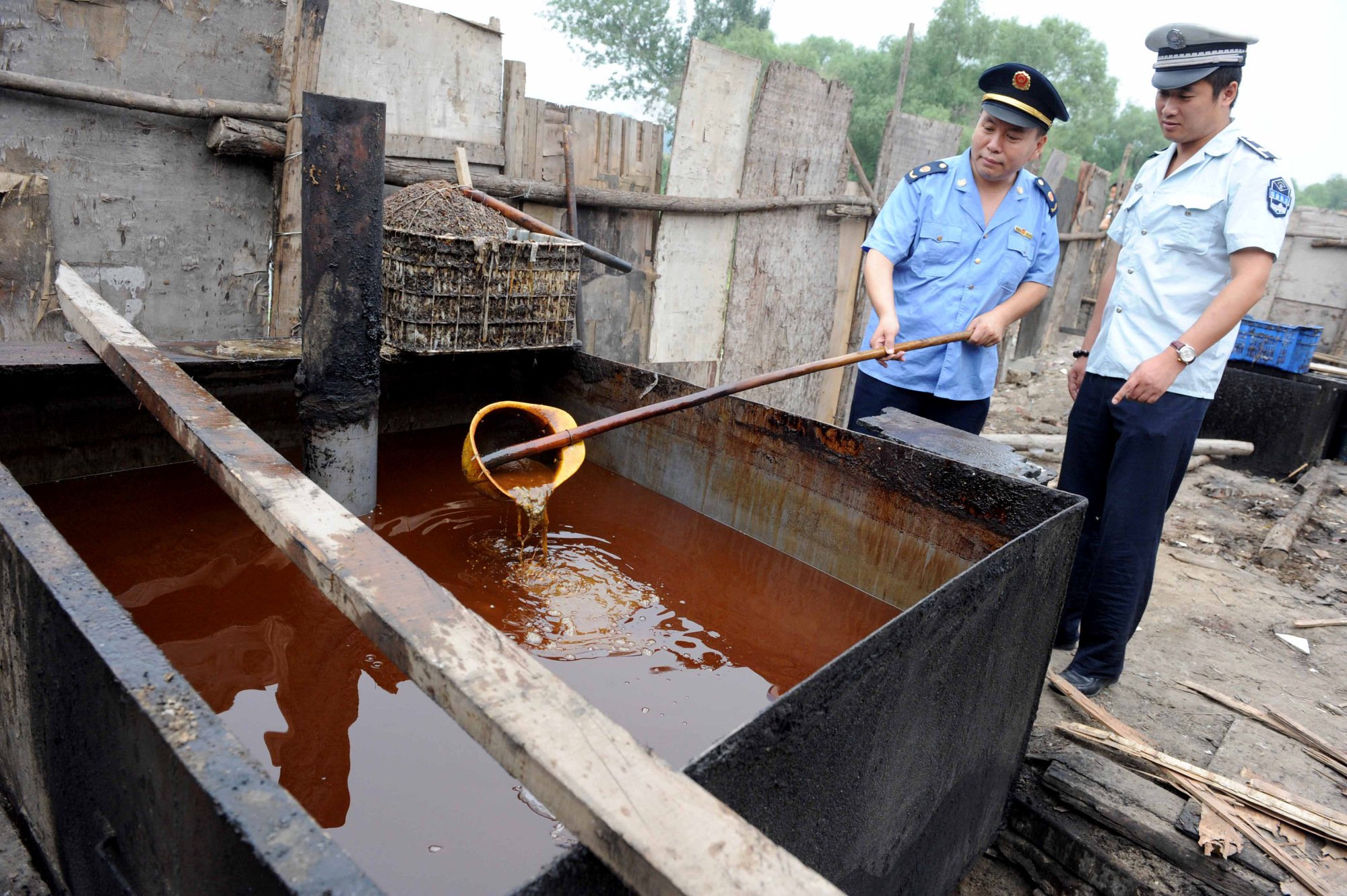 While adulteration has been a bugbear of consumers since prehistoric wine was first diluted with saltwater, scandals in China over the past decade — from melamine-laced baby formula, to rat-meat dressed as lamb — have seen the planet’s largest food-producing and consuming nation become a hotbed of corrupted, counterfeit, and contaminated food.

Weinberg’s company is developing molecular markers and genetic fingerprints to help authenticate natural products and sort genuine foodstuffs from the fakes. Another approach companies are pursuing uses digital technology to track and record the provenance of food from farm to plate.

Services that help companies mitigate the reputational risk that food-fraud poses is a “big growth area,” according to Rein. “It’s a great business opportunity,” he said. “It’s going to be important not just as a China play, but as a global play, because Chinese food companies are becoming part of the whole global supply chain.”

Some of the biggest food companies are backing technology that grew out of the anarchic world of crypto-currencies. It’s called blockchain, essentially a shared, cryptographically secure ledger of transactions.

Wal-Mart Stores Inc., the world’s largest retailer, was one of the first to get on board, just completing a trial using blockchain technology to track pork in China, where it has more than 400 stores. The time taken to track the meat’s supply chain was cut from 26 hours to just seconds using blockchain, and the scope of the project is being widened to other products, said Frank Yiannas, Wal-Mart’s vice president for food safety, in an interview.

Shanghai-based Zhong An Information and Technology Services Co. said in June, 2017, that it will use the technology to track chickens from the coop to the processing facility and on to the market or store.

Alibaba Group Holding Ltd., too, sees the potential for the technology to provide greater product integrity across its platforms, which accounted for more then 75 percent of China’s online retail sales in 2015. The planned blockchain project will involve the Chinese e-commerce behemoth working with food suppliers in Australia and New Zealand, as well as Australia Post and auditors PricewaterhouseCoopers LLP.

“Food fraud is a serious global issue,” said Maggie Zhou, managing director for Alibaba in Australia and New Zealand. “This project is the first step in creating a globally respected framework that protects the reputation of food merchants and gives consumers further confidence to purchase food online.” 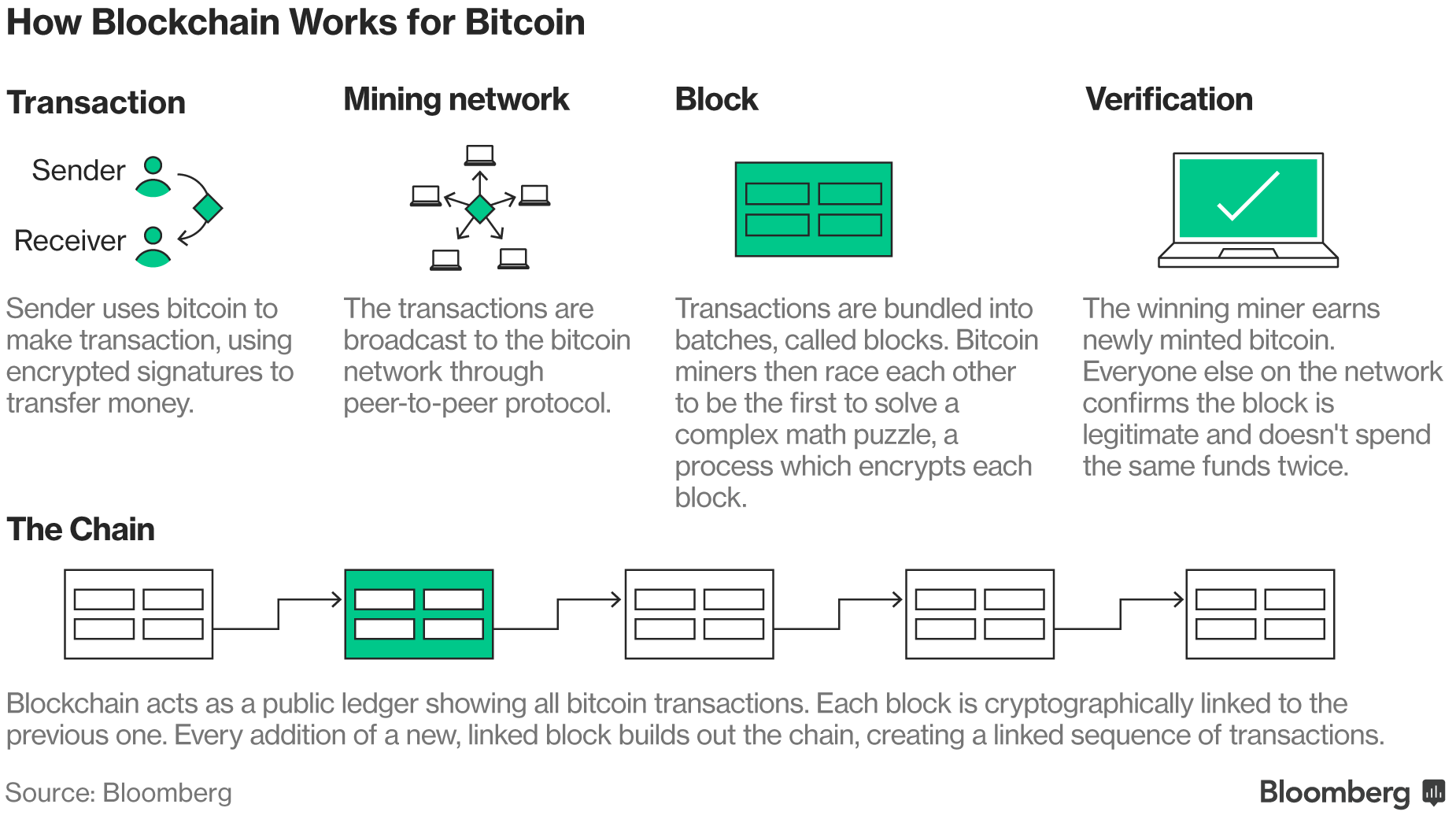 Fraud costs the global food industry as much as $40 billion annually, according to John Spink, director of Michigan State University’s Food Fraud Initiative. In China, where the 2008 melamine milk crisis resulted in the death of at least six babies, it’s a hot-button issue compounded by the country’s growing appetite for higher quality food and swelling middle class. A Pew Research Center study in 2016 found 40 percent of Chinese view food safety as a “very big problem,” up from 12 percent in 2008.

“This is not a Chinese issue — it’s a global issue,” said Yongguan Zhu, director general of the Institute of Urban Environment, part of the state-funded Chinese Academy of Sciences. “What we have to do is reinforce our regulations to improve the transparency of the administration, for example information-sharing.” 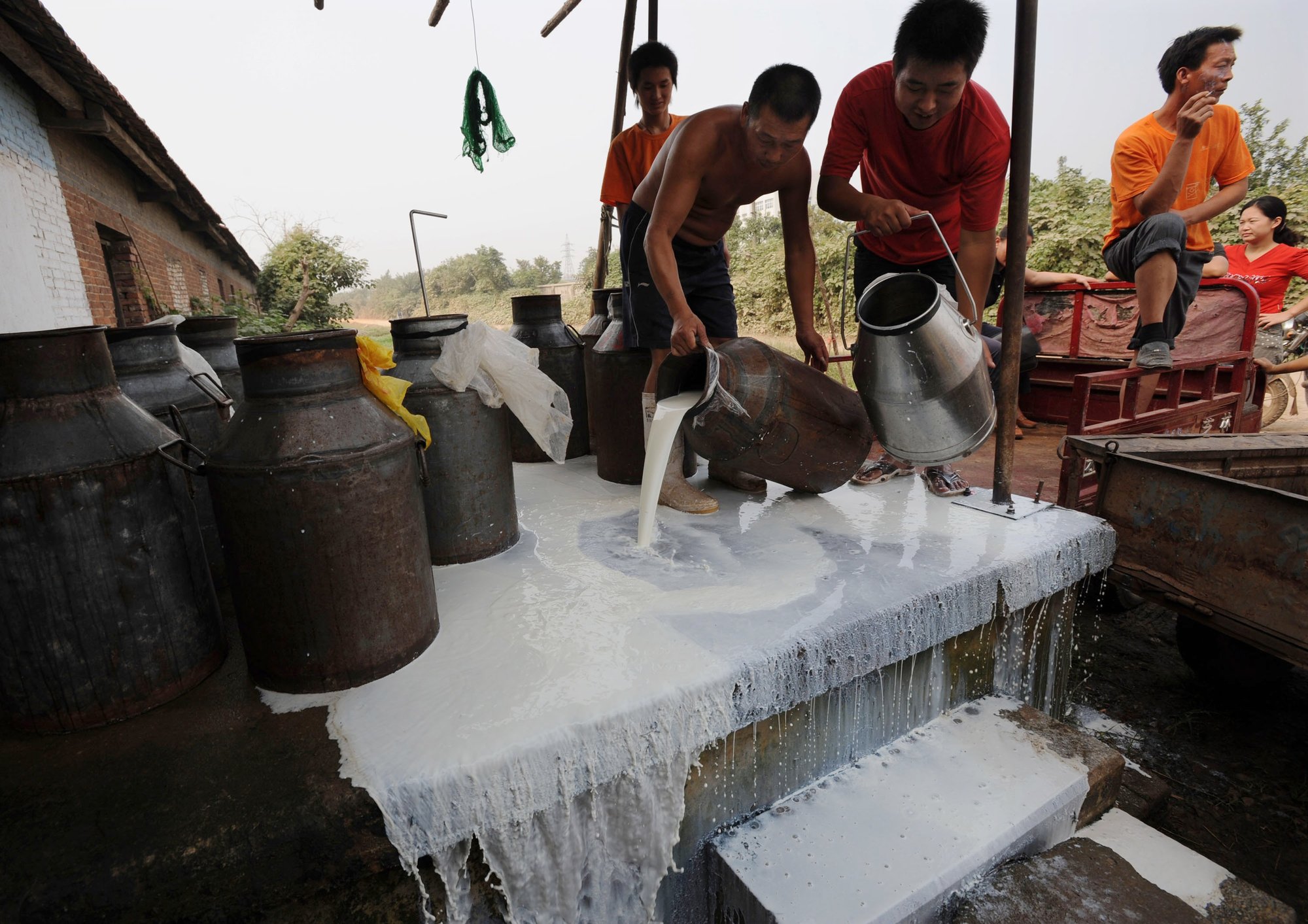 Zhu says blockchain could play an important role in improving traceability. Its database of records can be built like a chain and can’t be broken or re-ordered without disrupting the entire connection.

China strengthened its food safety law in 2015 in response to the spate of scandals. Counterfeiters and food tamperers face tougher penalties, including jail time in some cases, and more than $800 million has been spent hiring more food safety personnel and bolstering monitoring facilities, according to an April report from the Paulson Institute, a Washington-based think tank. Last month, Beijing emphasized to authorities the need to be upfront in disclosing food safety issues.

The wiliness of fraudsters is what makes Inscatech’s Weinberg less hopeful about blockchain. His firm mainly uses informants on the ground to sniff out where in the production process food-fraud is taking place, and most of his work in China is with western companies that manufacture or source product there. 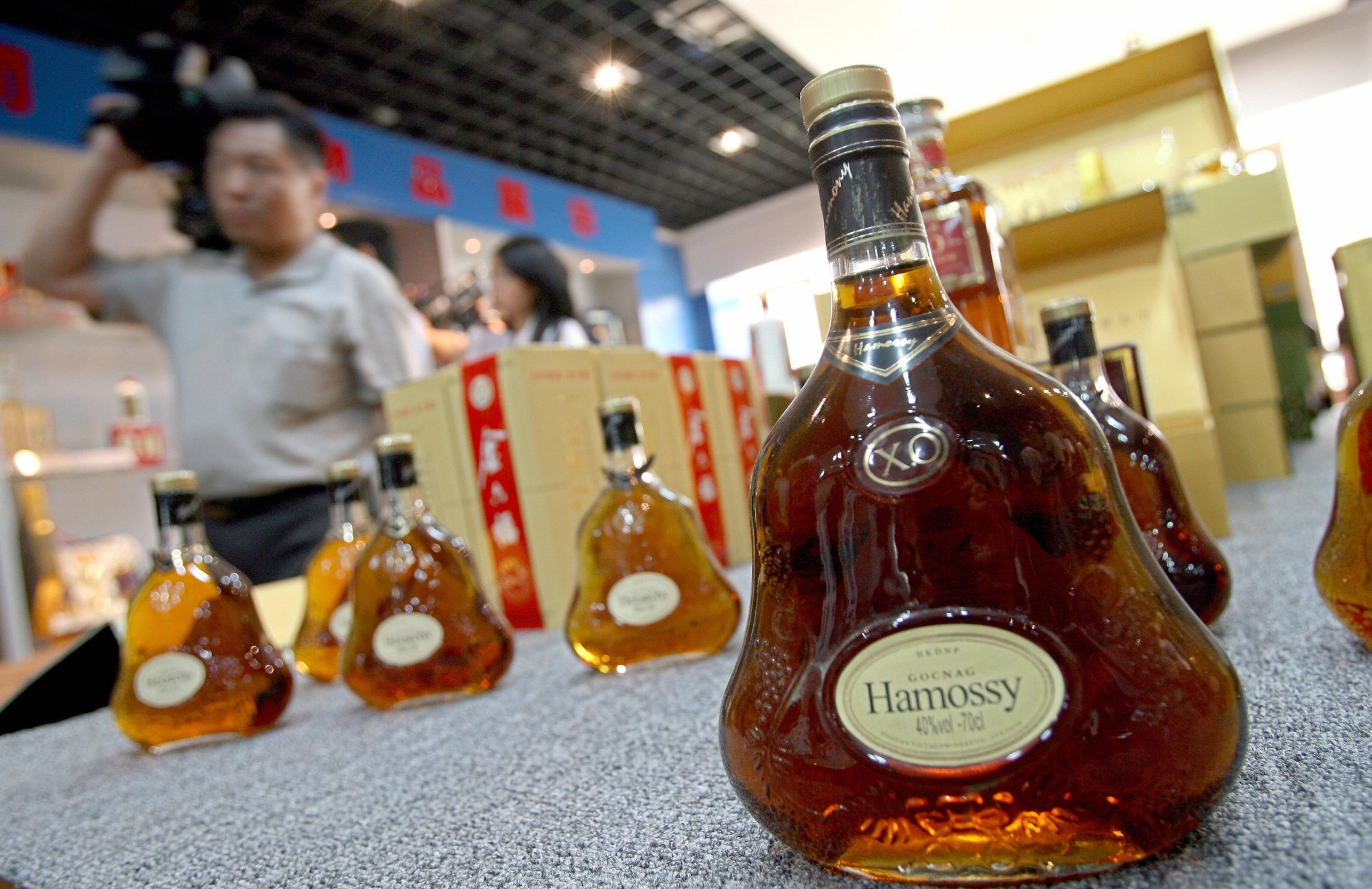 Counterfeit liquor is tested at the Beijing administration for industry and commerce center in June 2007. Photographer: Teh Eng Koon/AFP via Getty Images.

“The problem is the data is only as reliable as the person providing the data,” said Weinberg, who recalls seeing everything in China from synthetic eggs to fake shrimp that still sizzle in a wok. “In most supply chains there is one or more ‘unreliable’ data provider. This means blockchain is likely useless for protecting against food-fraud unless every piece of data is scrutinized to be accurate.”

But blockchain is “light years” away from the system used by the global food industry today, which relies heavily on paper records, said Yiannas, Wal-Mart’s food safety chief. By recording the identity of those who input data into the chain, the technology removes the anonymity that has helped food-fraud to thrive, he said.

The role of humans in recording the supply chain will also diminish, said Yiannas. “More and more of these documents will eventually be captured in an automated way.”

The challenges for China — “the factory of the world” — are especially vast because of its size, population, multilayered administrative divisions, and “the willingness of criminals to exploit every corner that they can in order to make money,” said Michael Ellis, who ran Interpol’s trafficking in illicit goods unit until October of 2016.

At Interpol, Ellis, a former detective with Scotland Yard in London, was involved in “Opson,” an operation that led to the seizure of more than 10,000 tons and 1 million liters (264,000 gallons) of hazardous fake-food and drinks across more than 50 countries.

Without a presence to fight it, food-fraud globally “will explode,” Ellis said. “It will just continue to grow, and who knows where it will lead.”