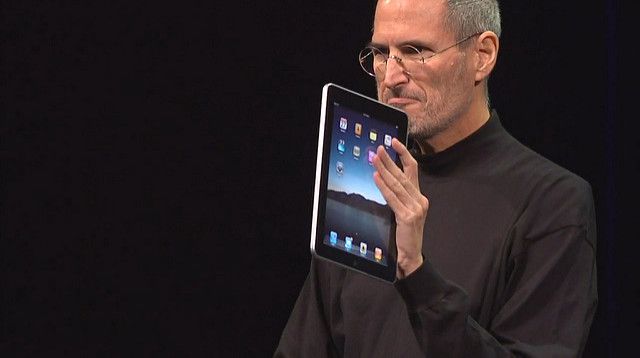 Apple founder Steve Jobs didn't let his kids use the iPad, or really any product their dad invented, according to a 2014 report from Nick Bilton in The New York Times.

"They haven't used it," Jobs told Bilton. "We limit how much technology our kids use at home." Every night, the family had a phone-free dinner together, according to Walter Isaacson, author of the definitive biography Steve Jobs. "The kids did not seem addicted at all to devices," Isaacson told Bilton.

Many found Jobs’s choices startling—and for good reason. What does it say about the safety of a product if its creator forbids his own kids from using it? But the tech billionaire’s choices weren’t as unusual as they might seem. From tobacco to food manufacturing to social media, executives and insiders are subtly sounding the alarm in actions, if not in words. Their behaviors provide insight not just into the risks of certain consumer products to children, but to adults, too. 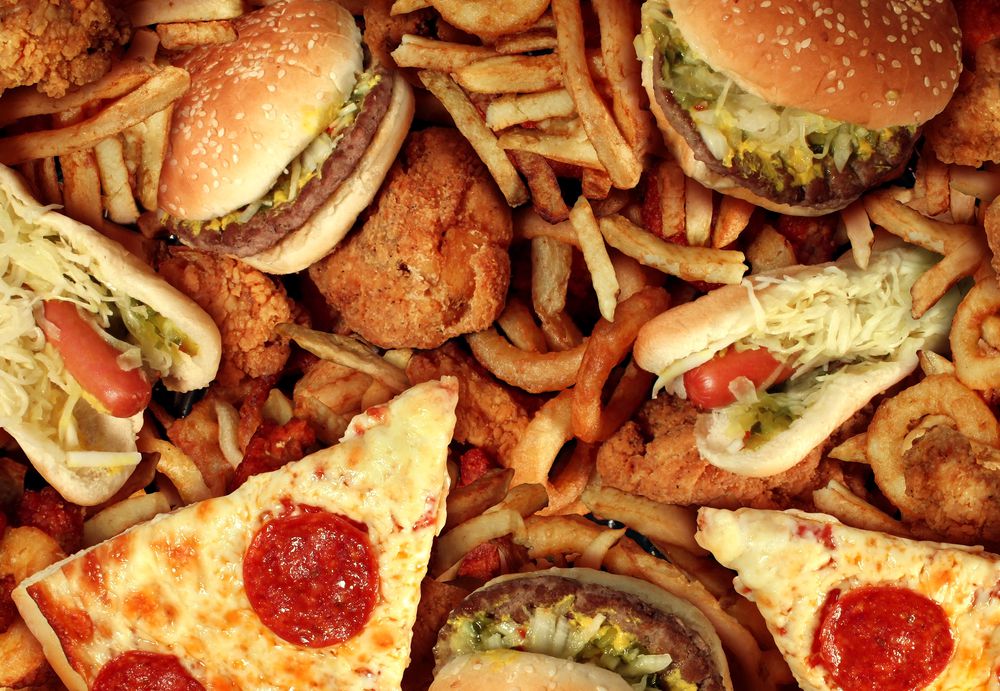 Fast food and junk food executives don't eat like everyone else. Photo from Deposit Photos.

From the moment the Surgeon General's 1964 report on the harmful effects of carcinogens in cigarettes was published, tobacco executives have engaged in a decades-long campaign of misinformation and obfuscation. Though they continue selling their products—wrapped in government-regulated warning packages—news reports have shown that many executives have stamped out cigarette smoke in their own lives.

As of 2014, Reynolds American, which makes Camel cigarettes, no longer lets employees smoke in the office. The company's former CEO, Susan Cameron, stopped smoking "conventional cigarettes" more than 15 years ago, according to Fortune magazine, and turned to electronic cigarettes, which some believe are a healthier, though no less addictive, alternative.

And David Crow, then the managing director of tobacco company BAT Australia, regularly warns his children to avoid the very products he makes, according to a 2011 report in The Sydney Morning Herald. "It's bad for you. It says it on the pack," Crow said. "I've got a 13-year-old, an 11-year-old and a seven-year-old and if they smoke I tell them absolutely, categorically, 'Do not smoke'."

In his 2013 book Salt Sugar Fat, author Michael Moss documented the ways in which food manufacturers hacked our taste buds and designed snacks, sodas, and other grub that keep us "hooked." Publicly, these companies have broadcast their efforts as a boon to convenience, satisfaction, and savings—despite mounting health concerns. But privately, Moss revealed, many junk food executives and their families avoided their own products, acutely aware of the dangers wrapped in brightly-colored plastics.

Take the grandchildren of Bob Drane, the creator the Lunchables. One of Drane's adult children allows his own kids to eat Lunchables, according to Moss’s reports. But Dran's daughter, Monica, doesn’t let her children anywhere near the stuff, which she calls “junky” and “awful.” “They know they exist and they know Grandpa Bob invented them,” she said. “But we eat very healthfully.”

Drane argues that benefits of the product outweighed the health problems associated Lunchables. While the bologna tray, Moss reports, somehow contains 13 teaspoons of sugar and two-thirds of the daily recommended sodium intake for children, the snacks save parents time. “I wish that the nutritional profile of the thing could have been better,” Drane told Moss, “but I don’t view the entire project as anything but a positive contribution to people’s lives.” Still, Drane has come to believe that his industry—if not the Lunchables product specifically—should acknowledge its accountability for issues like childhood obesity, one of several causes he’s taken up as a volunteer.

But the emphasis isn’t on children alone. When Moss grabbed a meal with "food industry legend" Howard Moskowitz, who led the effort to develop Cherry Vanilla Dr Pepper, Moss ordered a few cans of soda for the table, and asked its creator to have a sip. “I’m not a soda drinker,” Moskowitz said. “It’s not good for your teeth.” With some goading from Moss, Moskowitz eventually takes a pained sip, calling the drink “terrible” and “overwhelming.”

"There is a class issue at work in processed foods, in which the inventors and company executives don't generally partake in their own creations," Moss concluded. Some executives have spoken up about these problems, with mixed results. In 2003, for example, Kraft rolled out nutritional labels that featured "whole package" data, providing consumers with a modicum more insight into what the CEOs already knew: how the sausage gets made. "Most of these executives [agitating for more transparency or healthier products] ended up quitting in frustration or getting fired for their unconventional views," according to the Washington Post. In Silicon Valley, it's almost impossible to avoid your own inventions. Software developers abide by the maxim of "dogfooding", which states that to refine your product, you have to use it (or "eat your own dog food"). But that doesn't mean they don't worry about themselves—and their children. In fact, industry insiders often use junk food as a metaphor for digital products. "It's like if you ate potato chips all day long," Mike McCue, the founder of Flipboard, said of social media during a 2017 appearance on the Recode Decode podcast. "You have to have a balanced information diet. There's nothing wrong with looking at Facebook. If that's all you do then you're just going to be a product of that."

Other insiders seem to harbor similar concerns. Bilton, who reported that the Jobs family was low-tech, interviewed at least six other software-savvy families for his 2014 piece. One sources said he’d “seen the dangers of technology firsthand,” from bullying to tech addiction, and wanted to protect his children from those experiences.

In 2017, Microsoft founder Bill Gates revealed he had both age and habit-related rules for his three children. "We don't have cellphones at the table when we are having a meal," he told The Mirror,, a British newspaper. "[W]e didn't give our kids [cell phones] until they were 14 and they complained other kids got them earlier." The rules about how long before bed phones had to be off probably wasn't popular either.

But the reasonings followed a similar pattern of logic: smartphones and related devices were useful for “homework and staying in touch with friends,” Gates said, but had the potential for “excess.”

The Gates kids may not have gotten cell phones until they were 14, but the average American gets their first phone at age 10. Today, 45 percent of teens say they are "online on a near-constant basis," according to a 2018 analysis by the Pew Research Institute. This, despite the fact that 45 percent of teens see social media neither good or bad and 24 percent see it as mostly negative.

And the statistics are just as bleak for adults. The average American spends 5 hours a day on their phone. That translates, according to one analysis, to touching, swiping, and tapping our phones 2,000 times between getting up and going back to sleep. Like a Lays potato chip, you can't "like" just once. While many adults need smart phones for work and other essential tasks, former Google employee Tristan Harris and his colleagues at the Center for Humane Technology modify their own behaviors by graying out their screens and turning off all (or all non-essential) notifications. 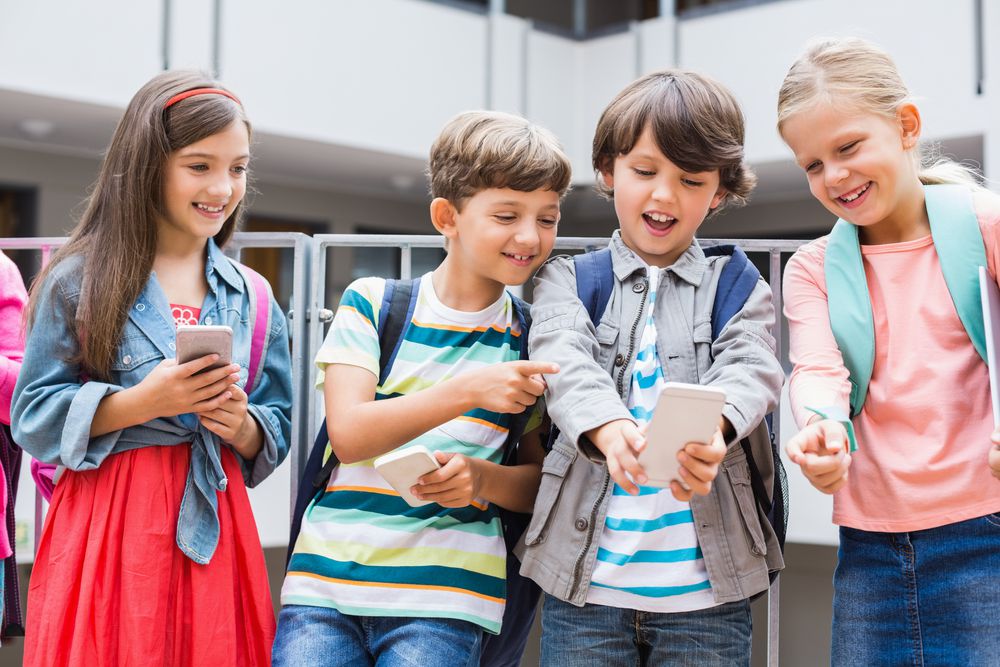 The average American gets their first cell phone at age 10. Photo from Deposit Photos.

Research papers, investigative journalism, court cases, and government inquiries are all sources of important consumer information, from the safety of the food we eat and the beverages we drink to the technology we keep closest to us, always in our hand, or on the nightstand. But it’s clear that the actions of CEOs are an important bellwether—a sign of problems consumers may not even know they’re facing.

Plenty of executives believe wholeheartedly in products that are clearly dangerous or, at best, a waste of money (think supplements, activated charcoal, or fad diets). But as history shows, many more executives use their insider knowledge to make different personal choices than the ones they promote to the public. Like the canaries in the coal mines of their own creation, when the CEO squawks, we should listen.