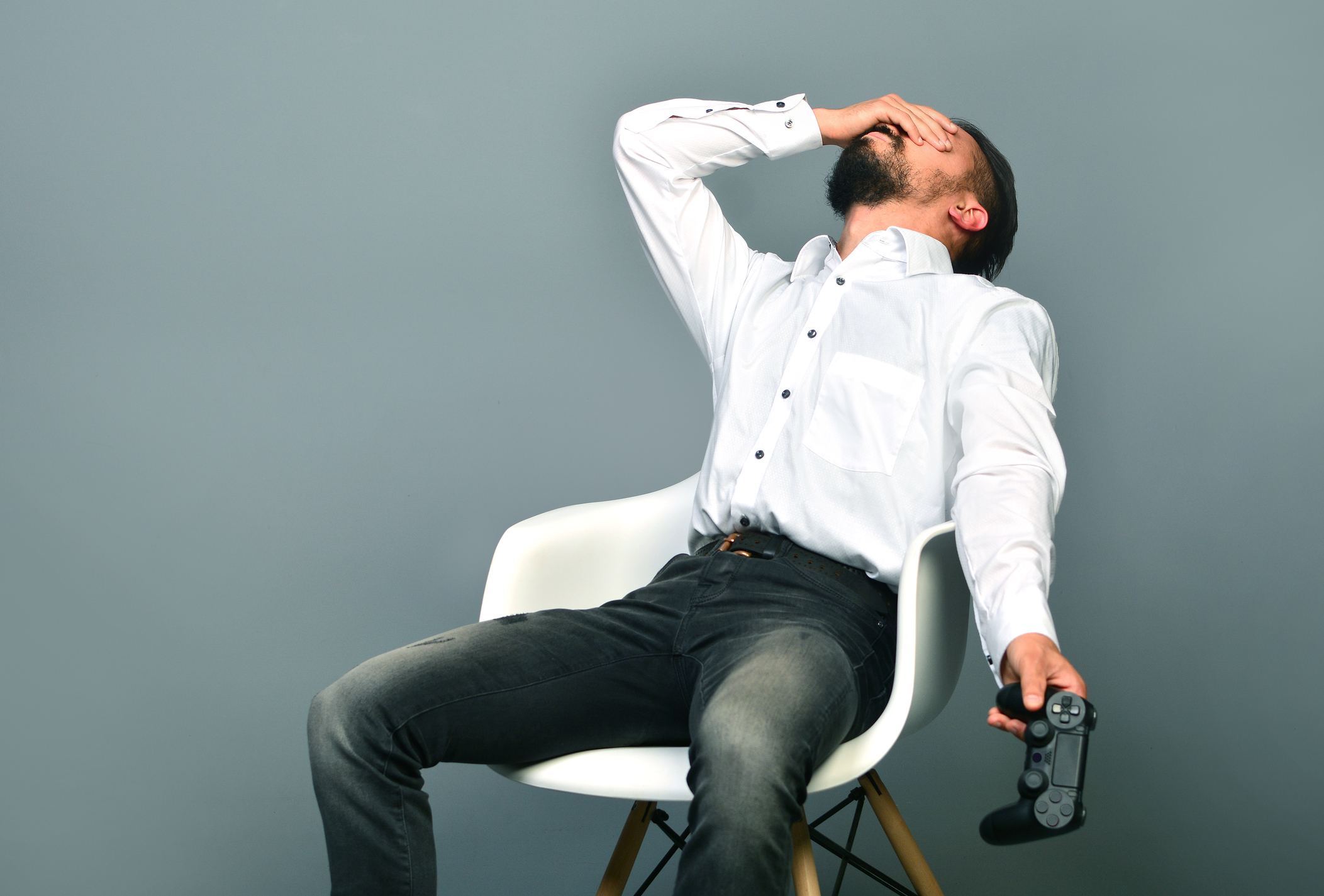 Everything about Red Dead Redemption 2 is big. The latest open-world western, released in October 2018 by Rockstar Games, constantly reminds you of this. It takes roughly 15 minutes for its bland everycowboy star, Arthur Morgan, to gallop across the 29-square-mile map. It has 200 species of animals, including grizzly bears, alligators, and a surprising number of birds. It takes about 45.5 hours to play through the main quest, and 150-plus hours to reach 100 percent completion. There are more than 50 weapons to choose from, such as a double-barreled shotgun and a rusty hatchet. It’s big, big, big.

Its development, too, was similarly bloated. Low estimates claim that it cost about $240 million to make, spread across eight years of development time. About 2,800 people worked on it, many of whom (controversially ) worked 100-hour weeks to meet their deadline. The invisible hands of the market applauded. The game was released to near-universal acclaim. It currently has a 97 percent score on Metacritic, and it sold 17 million copies at $59.99 a pop in under two weeks. Yeehaw!

On top of all the bigness, Red Dead Redemption 2 is also incredibly dull. I’ve been playing it off and on since it was released, and I’m still waiting for it to get fun. I’m not alone in thinking so — Mark Brown of Game Maker’s Toolkit called it “quite boring” and Mashable said it’s a “monumental disappointment.” There are a glut of Reddit posts from people complaining about how slow the game feels, usually with a tone of extreme self-consciousness. Unless you’re a real asshole, it’s not exactly fun to stray from popular consensus.

Perhaps the general hesitancy to criticize the game is due to the fact that it’s not technically bad. Its graphics and scale really are impressive. It is designed to please. And yet RDR2 seems to exemplify a certain kind of hollowness that’s now standard among Triple-A titles. It’s very big, with only tedium inside. Call it a Real World Game.

The main problem with RDR2 is that it’s comprised almost entirely of tedious, mandatory chores. It always feels like it’s stalling for time, trying to juke the number of hours it takes to complete it. An average session goes something like this:

- Wake up in camp
- Bathe
- Eat beans
- Feed/brush horse
- Ride for miles across the map to a mission waypoint
- Get side-tracked by someone on the side of the road yelling for help
- Give that person a ride back the entire way you just came
- Go shopping for groceries
- Return to the mission waypoint, which requires you to — agh — ride across the map again
- A hundred yards short of your objective, accidentally ride off a cliff and die
- Scream at void

But okay, technically all games are just a series of nested tasks, and writing them out explicitly in a dry list would make them all sound boring, right? Consider the tense opening few minutes of a match in Fortnite, the wildly popular battle royale game where you land on an island and try to be the last man standing:

- Jump out of the Battle Bus- Glide to a landing spot- Loot hidden chests for randomly generated weapons/ammo- Whack at dozens of trees/stones/etc. to gather resources- Get screamed at by children

And yet in Fortnite, these tasks rarely ever feel like work. Same goes for Stardew Valley, which is sort of baffling since you’re pretty much only ever doing hard farm labor. That’s because well-made games make their chores “fun” by giving the players meaningful incentives to complete them. In Fortnite, mined resources can be used to build structures to protect you in firefights. Your crops in Stardew can be sold to purchase better farming equipment, minimizing the time spent sweating in the fields. Players are compensated for their effort.

In RDR2, though, the incentive system is deeply flawed. Completing missions gives the player way too much money, so the resources never really feel scarce or “earned.” Other in-game tasks are pointless, and don’t give the player anything significant upon completion. If Arthur doesn’t bathe for a while, for example, he’s eventually forced to by Miss Grimshaw, a non-playable character in his camp. You’re then treated to a slow cutscene of Arthur washing his face (sorry, no shots of his naked ass/schlong). The only reward is the ability to continue playing the game. It’s like any other annoying chore you have to do in real life, without any material benefit, all for the sake of gratuitous realism. As more of these chores stack up, nihilism sets in. Why do anything?

Maybe this isn’t the point of RDR2. It’s not supposed to be a fast-paced action shooter. No, it’s a somber, narrative-driven game simulating a slower, extinct way of life. It’s more Blade Runner 2049 than Transformers: Who Gives a Shit. Which, fine, but even from this perspective it’s incredibly clumsy. Long horse rides across the map are used as a cheapo way to force-feed clunky exposition, rather than an exercise in quiet contemplation, conveying the essential loneliness of man. Characters are regularly retelling anecdotes to each other that they presumably should already know for the sake of the player, or desperately grasping at profundity. “We ain’t kids no more,” one character tells Arthur, as they trudge across town to meet their gang’s leader at a bar. “We never really was,” he replies. Deep, man.

It’s possible that this is just a problem inherent with the medium. It’s hard to tell an enthralling story in which millions of players have near total individual directorial control, choosing to look at or explore whatever they want, even if it’s just pixelated soda machines. But there are plenty of other games that manage to do it well. The Last of Us, for example, tells an intense, harrowing story while still being an exciting action survival game. Firewatch tells a great story, too, at an unhurried pace, and never overstays its welcome. It could be a problem specific to open world games (more player freedom, less narrative control), though The Legend of Zelda: Breath of the Wild never feels anodyne. Huh.

All of these larger problems are coupled with seemingly endless small annoyances. You spend large portions of the game leashed to idiotic NPCs. There are lumbering character animations for even the smallest actions, like opening kitchen drawers while looting houses (call it Drawer Opening Simulator 2000). When I tried to name my horse Shit Factory, the game wouldn’t let me, because it forbids profanity, yet murder is totally cool. You’re also not allowed to run around when in your home camp for some reason. So, no cussin’ and no runnin’ near open flames — the life of a true western outlaw.

This is the standard experience of playing a so-called Real World Game, which other than RDR2 includes games like Horizon Zero Dawn (2017), and No Man’s Sky (2016) before the developers actually made it interesting. It’s a genre that prizes size over depth. It’s usually open-world, pretty easy to play, has a medium-length main quest that’s typically bolstered by an endless series of pointless side quests and collecti-quests (Collect every trophy! Capture every animal! Step on every plant!) to bolster its total playtime.

A Real World Game also prizes supposed verisimilitude at the expense of fun. Perhaps the greatest example of this can be seen in what’s likely the grandfather of the genre: Shenmue. First released in 1999, it follows a teen boy named Ryo Hazuki as he wanders around his small town, investigating his father’s murder. It featured a realistic, persistent world, in which almost everything in it could be interacted with. Also, there was something about sailors.

A large portion of the game is spent killing time, looking at your watch, playing arcade games, waiting around for stores to open. Eventually, you get a day job driving a forklift. It was groundbreaking and weird and charming and... kind of dull. It offered an early warning: To simulate the hi-res minutiae of everyday life risks making something as tedious as everyday life.

And yet among Triple-A developers, the warning has largely gone unheeded. In the two decades since Shemue, they remain enticed by the possibility of creating hyper-realistic worlds.

Blame the relentless progress of gaming hardware, which begs to be utilized to its fullest extent, even if this results in uncanny graphics, where all the character models appear slimy. Or blame economic pressure — making a Triple-A game is an expensive endeavor. Like major blockbuster movies, they must be engineered to appeal to the most number of people.

They also need to justify their expensive purchase prices. One way to do that is to make them artificially long, loading them with monotonous sidequests and minigames. Failing to do so means potentially inciting outrage and refund requests. When Firewatch first came out, for example, its developers had to fend off a flood of complaints about its relatively concise three-hour runtime, as those who paid $19.99 for the game felt ripped off.

But considering the impressive sales figures and general critical acclaim of most Real World Games, it looks like we’ll only be getting more of nothing. Ever more massive, beautiful worlds will be created for us, soon in fully-immersive VR. There will be so much to do, and no reason to do it.