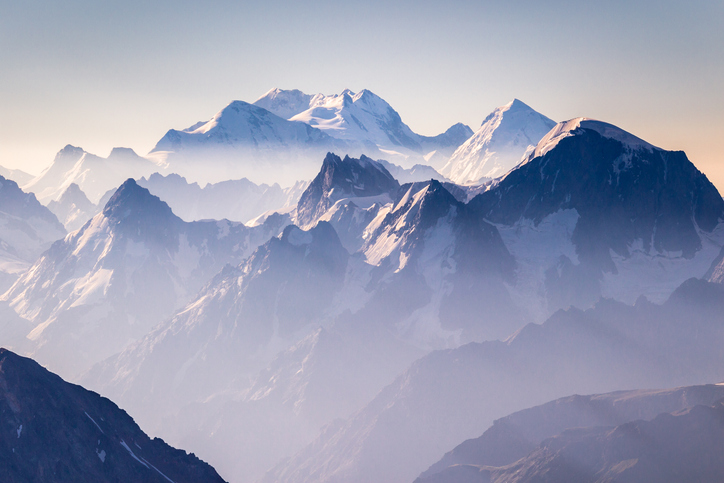 In his book, Outwitting the Devil, Napoleon Hill discusses a moment in which he met his "other self" —the side of him that wasn't indecisive and unclear about the future. This "other self" operated entirely out of faith and definiteness of purpose.

After several months of deep depression, when Hill was at a personal rock bottom, he reached a point where enough was enough.

He got to the point where he no longer cared what other people thought of him.

He heard the voice in his head — his "other self" — and he decided to follow that voice with complete obedience, regardless of how ridiculous or seemingly crazy it was.

He had nothing to lose, and only to gain.

As the ancient philosopher, Cato said, "He who hesitates is lost."

Research done at Yale University has shown that, if you hesitate for even a few seconds when you feel inspired to do something — like help someone — that your chances of doing it drop DRAMATICALLY even after 2-4 seconds.

If you feel inspired to do something, you must act IMMEDIATELY. Every second counts.

Hence, Hill decided to act with complete obedience, immediately, no matter what his other self told him to do.

A Life Without Hesitation

This voice told him who to seek for financial aid in publishing his books. It told him to book world-class suites at hotels when he didn't have the money to pay for it. It gave him brilliant business ideas which he acted upon immediately.

At a personal and profession rock bottom, Hill entered a mental state with infinite power. Having spent over 25 years interviewing the most successful people of his era, he had heard others talk of this mentality, yet he had never experienced it himself. Now, he was having an experience that validated everything he had learned.

Make Big Decisions While In A Peak State

Many others have been gripped by their "other self." Tony Robbins explains this notion as a 3-part process:

Making a commitment means you're seeing it through to the end. It means you are leaving yourself no escape routes. You are burning any bridges that might lead to lesser paths of distraction. Your decision has been made. There's no going back. You've passed your point of no return.

Where decisions are made in a single moment, commitment is seeing those decisions into the future. Especially when life gets difficult.

Resolving Within Yourself That The Decision Is "Final"

"Resolve means it's done," said Robbins. "It's done inside [your heart], therefore it's done [in the real world.]" When you are resolved, there is no question whatsoever. To quote his Air-ness, Sir Michael Jordan, "Once I made a decision, I never thought about it again."

When you resolve within yourself that "it's done," then it's done. It doesn't matter that the path to your goal is uncertain — come hell or high water — you're going to get what you want.

Are you doing, or not doing?

Are you committed and resolved?

Is it done in your mind?

Or are you still unsure?

Most people will not act on their dreams because those dreams don't have certain outcomes.

However, when you have inner freedom, you are completely fine embracing the uncertainty of pursuing your dreams. You don't need the outcomes to be certain. You already know within yourself that if you really want something, you'll get it. You know God will help you. You know that when you set goals and dreams, and follow the process of transforming yourself into a person who can have those goals, that nothing is impossible to you.

Resolve Means You Know Your Goals Are Already Yours

When you resolve within yourself — it means that you already know it's going to happen. You believe it. Every day you cause yourself to believe it even more by affirming to yourself that what you want is already true. Hence, Neville Goddard has said, "Assume the feeling of your wish fulfilled."

When you're resolved, nothing can stop you. You don't react to situations, you impact and alter them. All doubt and disbelieve have left your mind.

Confidence is not something you can fake. It's a reflection of your relationship with yourself. And if you aren't consistent with yourself, then you don't love yourself.

When you can't trust yourself to do what you tell yourself you're going to do, you're not going to make any real decisions. Rather, you'll dwell in a state of indecision, which is a weak and powerless state.

Most people are too afraid to commit to anything because they already know they're going to break their commitment.

A Challenge to Anyone Hearing Something Deeper From this Message

If you are feeling something inside of you wanting to be more in your life, I have a personal challenge for you.

Make a decision today. Something you've wanted to do or have been planning to do for a long time.

Commit to doing that thing.

Right now. Do SOMETHING. Create action, right now. The moment you begin moving forward, you alter your trajectory and identity.

Resolve within yourself that you already have it in you. If you didn't, it wouldn't have been gnawing at you all this time.

Research has found that when people commit to something, their desire to be seen as "consistent" drives them to act according to the commitment they've made.

Commitment has been defined as, "Pledging or binding of an individual to behavioral acts."

You begin to see yourself based on the commitment you've made. Eventually, if your behavior matches your commitment for a long enough period of time(this study argues it takes around 4 months), your attitudes will also change.

Fake it until you make it?

Make the decision you want to. Eventually, you grow into that decision through your commitment and personal resolve.

This isn't faking anything.

It's living with intention.

It's living with definiteness of purpose.

So what's the challenge?

Publicly commit to something to TODAY. Don't be rash or impulsive about this. Think about it for a moment. Make a plan! That plan doesn't need to be elaborate. In the least, consider the goal you have and a few sub-goals that would be required to achieving your larger goal.

Research has found that non-planned reward-seeking is the fastest path to impulsive behavior.

Don't put the cart before the horse.

But make a decision.