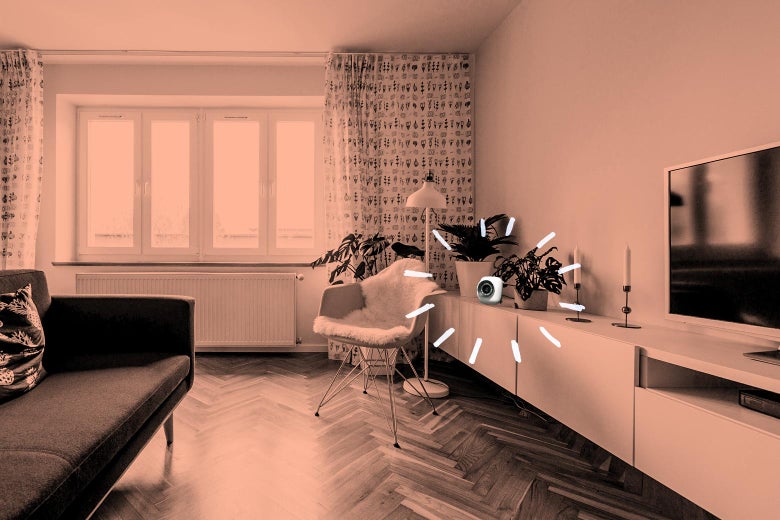 Over the weekend, news outlets reported that a New Zealand man named Andrew Barker had found a camera, hidden in a smoke detector, in his Airbnb that was livestreaming a feed of the living room. Barker was in Cork, Ireland, on a 14-month trip around Europe with his family when they checked into the rental house. Once they unpacked, Barker, who works in IT security, conducted a scan of the Wi-Fi network and found a camera the owner had not mentioned. He was then able to connect to the camera and view the live feed.

The next day, the Barkers notified Airbnb, but he told the media that the company treated the incident like a canceled booking and just temporarily suspended the rooming post after a privacy investigation that the family found unsatisfactory. It wasn’t until Nealie Barker, Andrew’s wife, posted details of the incident on Facebook that Airbnb removed the listing and admitted that the original response “did not meet the high standards we set for ourselves.”

This isn’t the first time that an Airbnb guest has discovered hidden recording devices in a rental unit. As Ars Technica reported, a woman found a remote-controlled camera in the living room of an apartment she had been planning to stay in for a month in 2013. She sued both Airbnb and the apartment’s residents, alleging that the camera had filmed her without clothing and recorded intimate conversations she had with her partner. In 2017, Florida police arrested a man for video voyeurism after his Airbnb guests reported finding a camera in the bedroom’s smoke detector.

Airbnb’s terms of service dictate that hosts must disclose the presence of cameras to their guests. It’s unclear how common a practice it is for Airbnb hosts to hide cameras in their units, but if you’re particularly worried about prying eyes, there are imperfect ways to search for invasive devices. “Hidden cameras are probably rare but there are steps that an average user can take to increase their chances of finding one if one exists,” Barker wrote in an email to Slate. “Since our incident I will be performing network and ports scans at every accommodation we stay at.”

That seems like a good practice. But it also requires some knowledge. When the story hit the internet, lots of people found themselves wondering how, exactly, to scan a network. The good news is that doing network and port scans for suspicious devices on the local Wi-Fi network doesn’t require as much technical knowledge as you might fear. Nor does it require expensive gear.

Network scans generally allow users to view the IP addresses and manufacturers of devices connected to the Wi-Fi. In Barker’s case, the manufacturer of the hidden recording device was literally listed as “IPCAMERA.” Once you have the list, it’s a good idea to work backward. “You should in theory be able to tick off each device found through the scan to a device you are aware of and can physically see,” Barker wrote.

If you see a device that looks suspicious, a port scan can help to identify its purpose. The scan will list the different ports for connecting to the device and the services they provide. The services will be listed as short codes; a Google search will generally reveal what the codes mean. For example, the code RDP indicates that users can remotely control the desktop of the computer. The codes RTMP and RTSP are for video streaming.

These sorts of scans will only work if your device and the camera are connected to the same Wi-Fi network. If the camera is on a different network, or if it stores the footage on an internal hard drive, you’ll have a harder time finding it. For more details on how the scans work, check out the guide that Barker wrote for travelers after his Airbnb incident.

Good old-fashioned sleuthing can also be helpful for finding cameras. Consumer-grade hidden cameras come embedded in a variety of different commonplace objects. Glance through the website for BrickHouse Security or the Amazon search results for the term “hidden camera” and you’ll find fake alarm clocks, USB chargers, buckets, lamps, stuffed animals, and bottles of Mountain Dew ($429–$519 on the website Covert Law Enforcement, if you’re curious) with discreet pinhole cameras. When you enter a room, you should check around to see if anything looks out of place. “These things tend to stand out like a sore thumb,” says Dan Tentler, founder and CEO of Phobos Group, a cybersecurity firm. For example, he recommends checking to see whether there are inexplicably two smoke detectors in the same room.

Holding an object in your hands can also help to determine whether it’s fake. “If there’s a can of Mountain Dew randomly sat on the kitchen counter … and you walk up and pick up the can, you’re going to immediately know that it’s a hidden camera,” says Tentler. Look for reflections when you shine a light on objects, which may reveal the presence of a lens.

If and when you find such a device, make sure to alert Airbnb or the hotel. You might also want to inform law enforcement, especially if you’re in a state where two-party consent is required for recording. “If you find a camera, take pictures of it,” says Tentler. “Make noise, post pictures of the thing on the internet, on Twitter.”