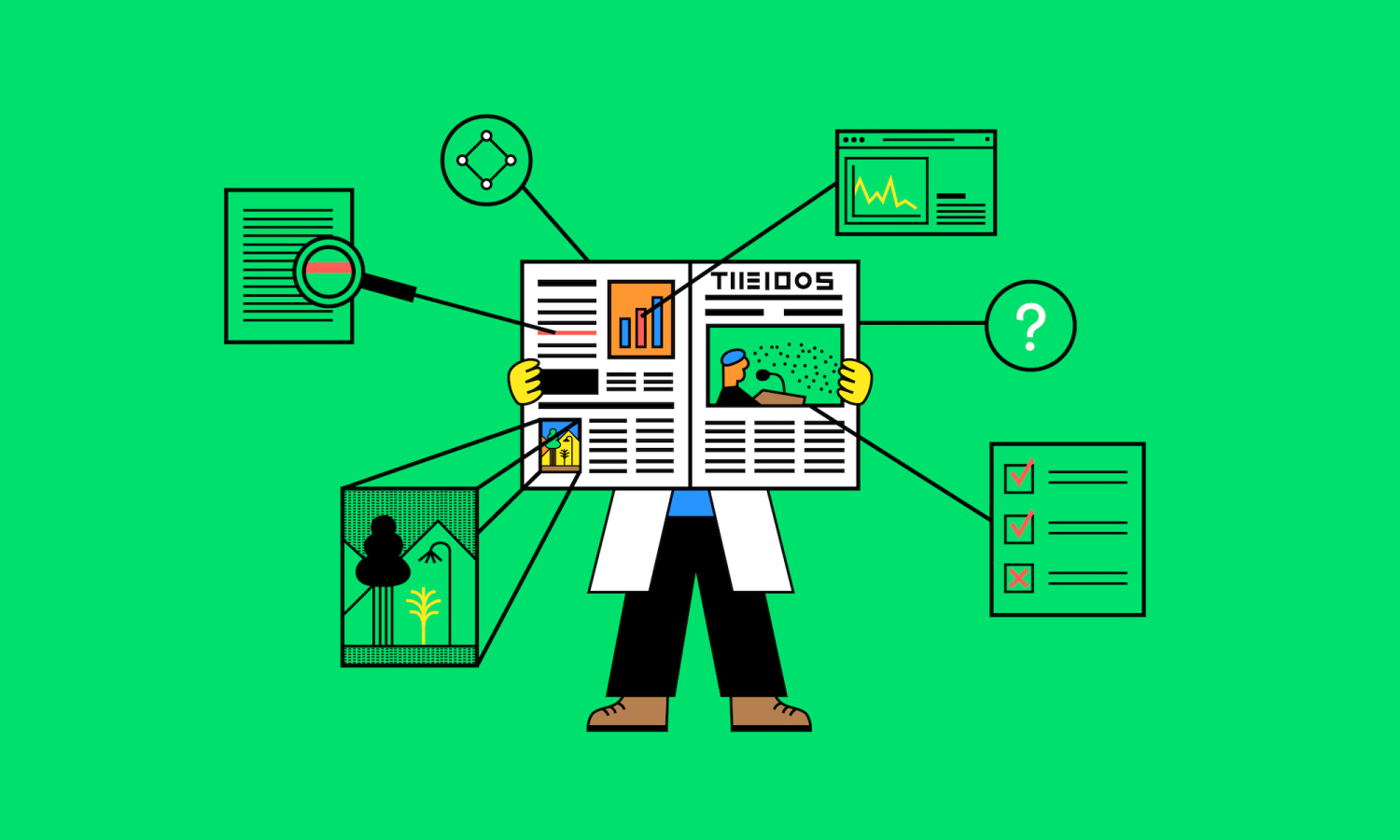 In our daily reading, we encounter all kinds of claims. Depending on the news story and the week, Chinese imports, coffee, large-cap stocks, snacking, and eggs should be embraced — or they should be avoided altogether. What’s a person to do when bombarded with confusing, contradictory information?

Try thinking like a scientist, says Emma Frans, who’s an epidemiology and psychiatry researcher at Oxford University in the UK and Karolinska Institutet in Sweden.

“In present times, our risk of being fooled is especially high,” she says. There are two main factors at play: “Disinformation spreads like wildfire in social media,” she adds, “and when it comes to news reporting, sometimes it is more important for journalists to be fast than accurate.”

Which is why it’s useful to know how to evaluate news the way a scientist does. Scientists labor under a burden of proof. They must conduct experiments and collect data under controlled conditions to arrive at their conclusions — and be ready to defend their findings with facts, not emotions.

“We all have gut feelings and biases that sometimes cloud our judgment,” says Frans. But scientific thinking offers us tools for “evaluating information in a rational way.”

Try these 6 tips to read the news like a scientist:

Science moves forward by challenging accepted wisdom. You can do the same. When you learn a new piece of information through social media, think to yourself: “This may be true, but it also may be false,” Frans says. “This kind of healthy skepticism does not mean you’re dismissing everything as false — it simply means remembering the things you hear could be false, but they could also be true … or they could be something in between.”

2. Find out Who Is Making the Claim

“In science, researchers have to declare potential conflicts of interest before publishing their findings,” says Frans. When you encounter a new claim, look for conflicts of interest. Ask: Do they stand to profit from what they say? Are they affiliated with an organization that could be swaying them? Two other questions to consider: What makes the writer or speaker qualified to comment on the topic? What statements have they made in the past?

3. Watch out for the Halo Effect

The halo effect, says Frans, “is a cognitive bias that makes our feeling towards someone affect how we judge their claims. If we dislike someone, we are a lot more likely to disagree with them; if we like them, we are biased to agree.” It’s such a common human trait that the scientific community has devised a workaround: New scientific papers under review are read “blind,” with the authors’ names removed. That way, the experts who are deciding whether it’s worthy of publication don’t know which of their fellow scientists wrote it so they’ll be able to react free from pre-judgement or bias. You can try this with your own news feed, too. Maybe you’ve read about a jobs policy proposed by the candidate you favor, and you think it sounds good. Frans suggests, “Simply question how you would consider the claim if it came from someone else.”

4. Look at the Evidence

When evaluating a claim, Frans asks, “Can the sources be traced? Are they reliable? Is the conclusion based on a rational evaluation of the information?” And you should try to consider all of the research on a topic. She says, “For instance, if there is one study claiming that drinking wine is just as good for your health as going to the gym, this finding is not relevant if ninety-nine studies show the opposite.” Before you act on or share a particularly surprising or enraging story, do a quick Google search — you might learn something even more interesting.

5. Beware of the Tendency to Cherry-Pick Information

Another human bias — confirmation bias — means we’re more likely to notice stories or facts that fit what we already believe (or want to believe). As Frans says, “When you search for information, you should not disregard the information that goes against whatever opinion you might have in advance.” Some scientists combat this by seeking out collaborators who, as management thinker Margaret Heffernan puts it, “aren’t echo chambers.” These are people who will actively try to prove you wrong and can help you check your ideas and assumptions. In your own life, look for friends and acquaintances on social media with alternative viewpoints. You don’t have to agree with them, or tolerate misinformation from them — but it’s healthy and balanced to have some variety in your information diet.

6. Recognize the Difference Between Correlation and Causation

Frans researches ADHD and autism, and, she notes, in recent decades, “the number of individuals diagnosed with these disorders have increased rapidly.” Many possible causes have been raised, including vaccinations, video games and junk food. However, she says, “there is no evidence supporting these claims, and it’s important to remember that just because two things increase simultaneously, this does not mean that they are causally linked to each other. Correlation does not equal causality.” Keep this in mind when thinking about our world. For example, if there is a rise in violent crime in your area and it’s being blamed on gang activity, or if a politician is credited with creating a low unemployment rate, take a wider view and look into the other contributing factors. Frans says, “It’s important to remember that there might be alternative explanations to a phenomenon.”

Daniella Balarezo is a Media Fellow at TEDx. She is also a writer and comedian based in NYC.

Daryl Chen is the Ideas Editor at TED.