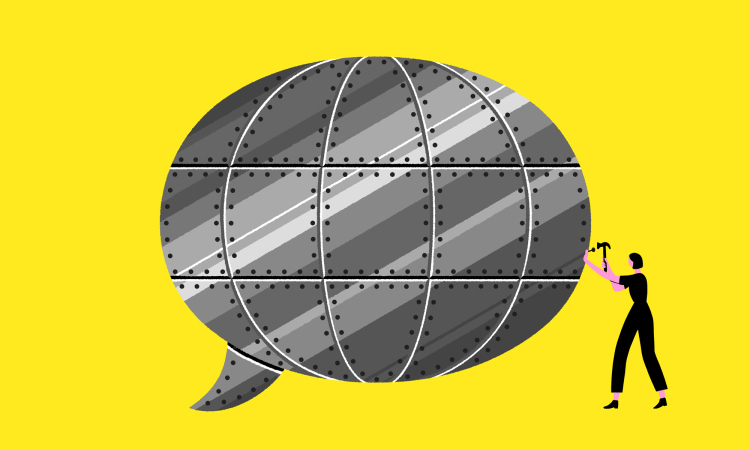 Have you ever been in a heated discussion ( Breaking Bad vs. The Wire ; spring vs. fall; small college vs. large university; carbon offsets vs. renewable energy credits) and wanted so badly to show the other person just how wrong they were? If you’re like most of us, you tried to overwhelm your opponent with sheer quantity, to barrage them with every scrap of evidence you could think up.

As it turns out, piling on the proof is an unwise approach, says Niro Sivanathan, a psychology researcher and associate professor of organizational behavior at London Business School in a TEDxLondonBusinessSchool talk. That’s because when we double down on our arguments, we’re setting ourselves up to be undone by the so-called “dilution effect”.

To show you how this works, Sivanathan describes two different students: Tim and Tom.

Tom also studies 31 hours a week outside class. He has a brother and two sisters, he visits his grandparents, he once went on a blind date, and he plays pool every two months.

In an experiment, says Sivanathan, most of the participants said that Tim had a significantly higher GPA than Tom — even though the two put in the exact same amount of time studying. Why? All of the non-diagnostic information (the extraneous detail about his personal life) given about Tom diluted the diagnostic information (how many hours he studies) presented.

“The most robust psychological explanation for this is averaging,” says Sivanathan. Rather than adding up pieces of information and assigning them different values, most of us appear to average them in their minds. He adds, “So when you introduce irrelevant or even weak arguments, those weak arguments reduce the weight of your overall argument.”

One example of how this dilution effect has real-world consequences is in drug advertising, says Sivanathan. It’s requirement in the US for the side effects of prescription medications must be listed at the end of TV or radio commercials. But if you listen, you’ll notice that the commercials never end right after the listing of the major side effects such as stroke, heart attack or death. Instead, they’ll either end on minor side effects (such as headaches or itchiness) or on neutral information (such as telling people to discuss medication with their doctor). The drug manufacturers, consciously or not, is using the dilution effect — by including so much information, they end up watering down consumers’ assessments of how risky the drug actually is.

How can you use his insights to win over people in your own life? Sivanathan advises us to stick to their strongest points; resist the temptation to try besting others with brute force. “The next time you want to speak up in a meeting, speak in favor of a government legislation that you’re deeply passionate about, or help a friend see the world through a different lens, it’s important to note that the delivery of your message is every bit as important as its content,” he says. “You cannot increase the quality of an argument by simply increasing the quantity of your argument.”

Niro Savanthan is an associate professor of organizational behavior at London Business School. His research explores how the psychology of the self – specifically our motivation to maintain the integrity of the self – influences our decision making.