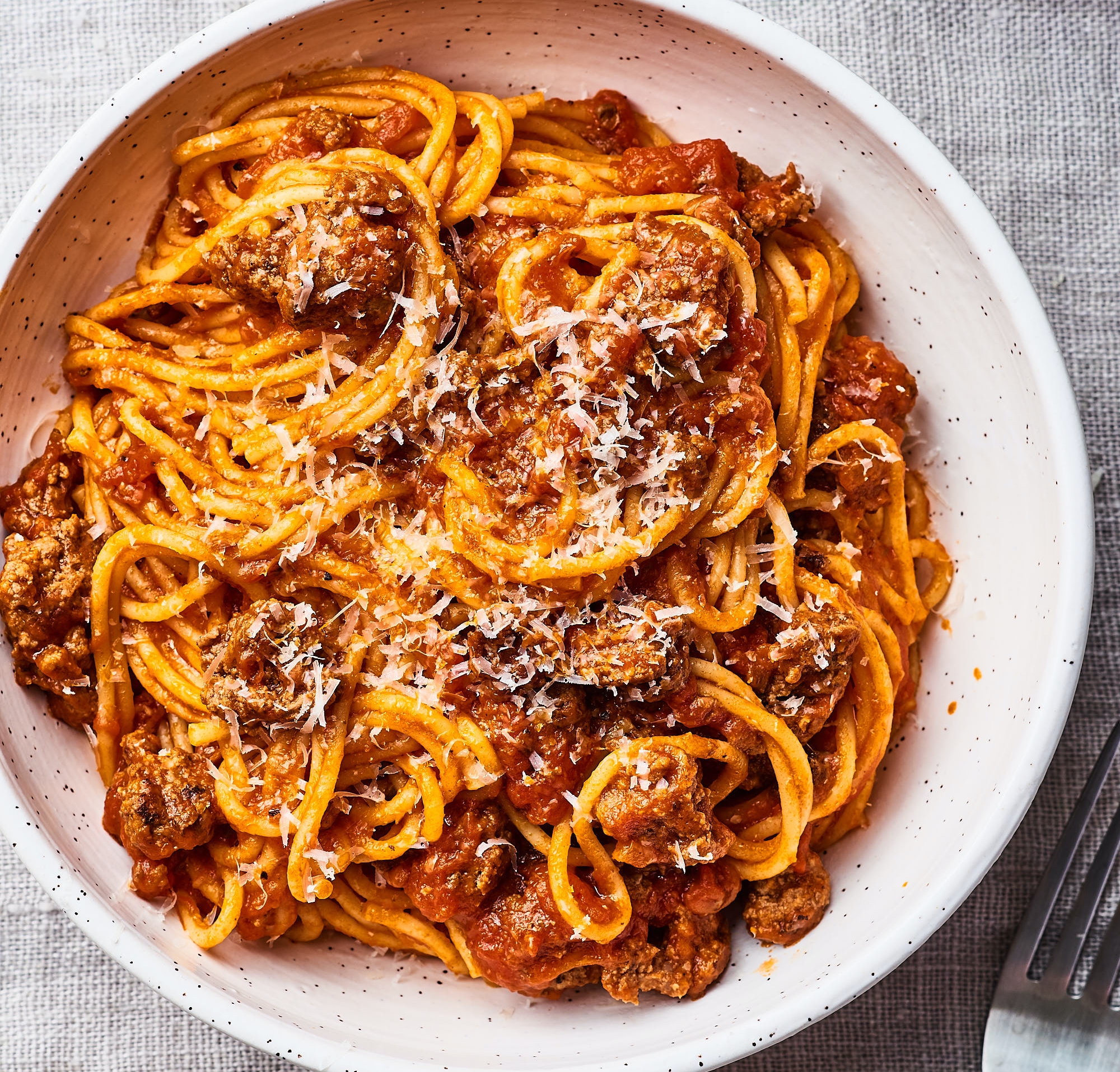 Let’s just cut to the chase: I’m here to tell you that spaghetti with meat sauce in the Instant Pot is nothing short of life-changing — and the very best thing to come out of my kitchen this year.

But I know what you’re thinking: Spaghetti … in the Instant Pot? Pressure cookers are great for things like quickly breaking down tough cuts of meat, but something as simple and classic as pasta (which is already pretty easy to make) seems like it’s best left on the stovetop. For the uninitiated, Instant Pot pasta just seems a little weird and unnecessary, right? Wrong.

Instant Pot spaghetti is way easier, faster, and, arguably, tastier than the version you make on the stovetop. It’s almost entirely hands-off; there’s no constant stirring or waiting for a big pot of water to boil. Instead, after quickly browning some beef directly in the Instant Pot, you’ll just toss in a jar of marinara sauce, a little water, and the dry spaghetti. In about 20 minutes of cooking (yes, including bringing the pot to pressure) actual magic happens: The meat becomes tender and the pasta lends its starch to the sauce, making the most luxurious version of this weeknight classic that you could ever dream of.

Honestly? You probably won’t go back to cooking spaghetti any other way. 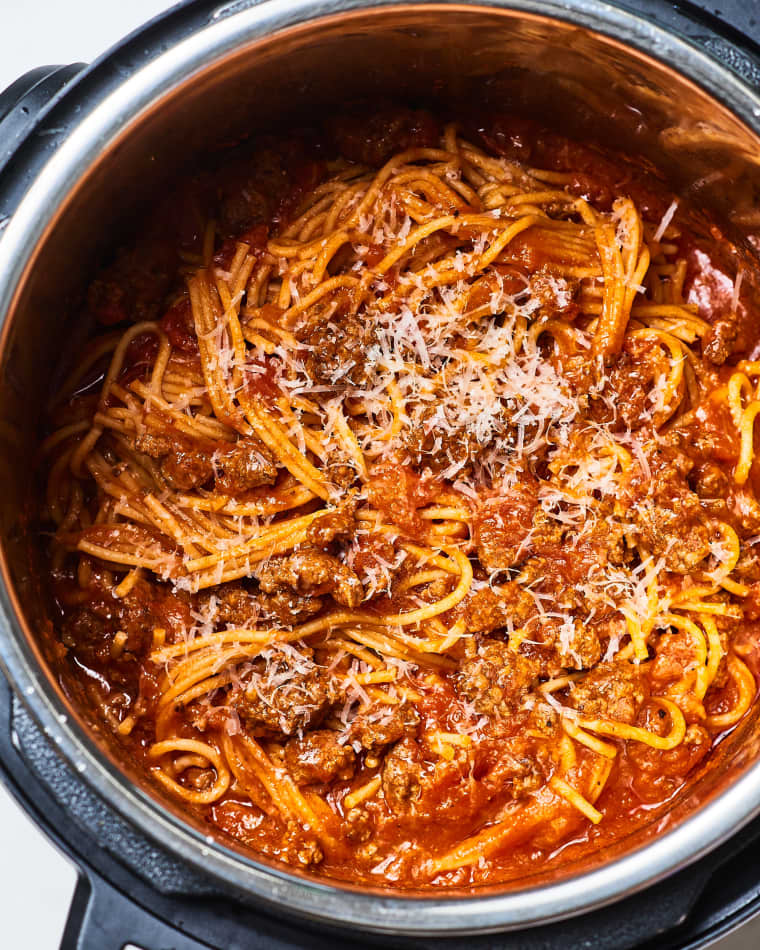 The Magic of Instant Pot Spaghetti

Before this, I’d always shied away from cooking pasta in my Instant Pot because I was afraid it would turn out overcooked or clumpy. Plus, why would I drag out my electric pressure cooker for a job my pots and pans can do pretty easily?

But, as I found out, there are multiple benefits to making pasta in the Instant Pot. You use the sauté function of the pot to brown the meat, and then make a super-simple sauce. Instead of dirtying another pot to boil the pasta, both the pasta and water get dumped right onto the sauce. You’ll cook it all on high for eight minutes, and after a quick release of pressure you have a pot of perfectly al dente pasta in a seriously silky meat sauce. 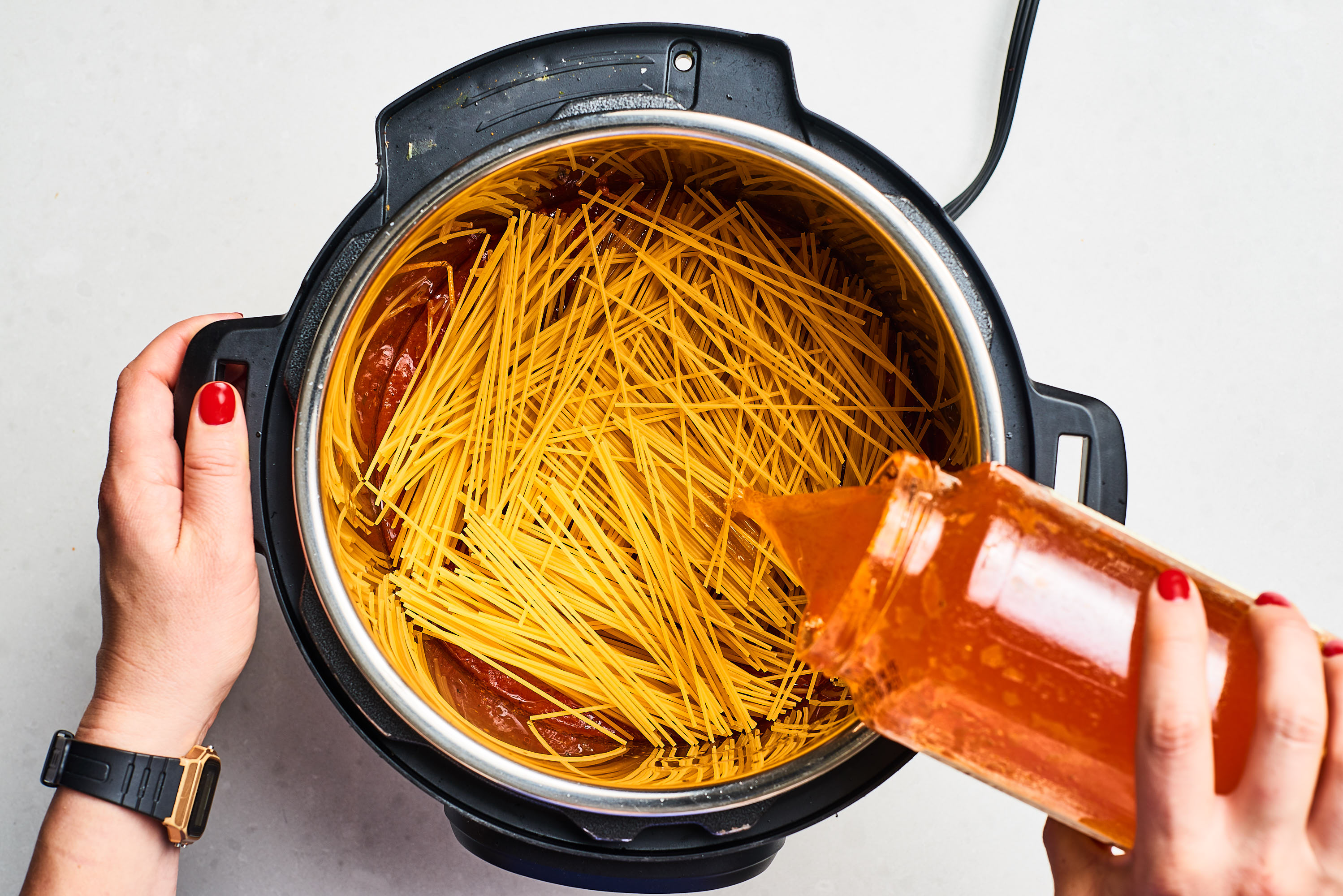 I’d like to say that Instant Pot spaghetti is foolproof, but after spending a lot of time reading through comments in an Instant Pot Facebook group, I quickly learned that a few common problems plague this kind of recipe. But all of them can be easily avoided with good technique.

After eight minutes on high pressure, release the pressure valve to do a quick release of pressure, carefully open the pot, and give the whole thing a swift stir. The pasta will be too hot to eat and will continue to cook as you remove the pot from your pressure cooker and get your bowls ready. A few minutes of cooling and a flurry of Parmesan cheese will make this the perfect weeknight dinner.

How To Make the Best Instant Pot Spaghetti

Meghan Splawn is a food editor and recipe professional with a deep love of photography. She co-hosts a weekly podcast about food and family called Didn't I Just Feed You.