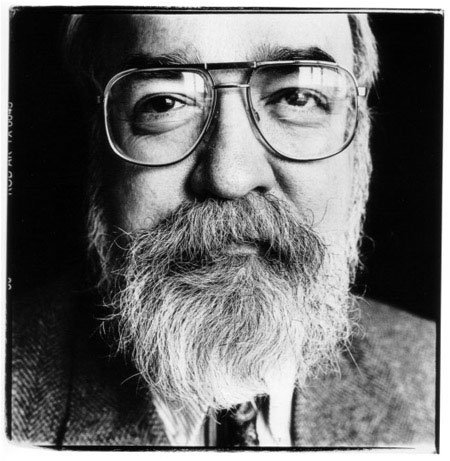 “In disputes upon moral or scientific points,” Arthur Martine counseled in his magnificent 1866 guide to the art of conversation, “let your aim be to come at truth, not to conquer your opponent. So you never shall be at a loss in losing the argument, and gaining a new discovery.” Of course, this isn’t what happens most of the time when we argue, both online and off, but especially when we deploy the artillery of our righteousness from behind the comfortable shield of the keyboard. That form of “criticism” — which is really a menace of reacting rather than responding — is worthy of Mark Twain’s memorable remark that “the critic’s symbol should be the tumble-bug: he deposits his egg in somebody else’s dung, otherwise he could not hatch it.” But it needn’t be this way — there are ways to be critical while remaining charitable, of aiming not to “conquer” but to “come at truth,” not to be right at all costs but to understand and advance the collective understanding.

Daniel Dennett (b. March 28, 1942), whom artificial intelligence pioneer Marvin Minsky has called “our best current philosopher” and “the next Bertrand Russell,” poses an apt question that probes some of the basic tendencies and dynamics of today’s everyone-is-a-critic culture:

In Intuition Pumps and Other Tools for Thinking (public library) — the same fantastic volume that gave us Dennett on the dignity and art-science of making mistakes — he offers what he calls : a list of rules formulated decades ago by the legendary social psychologist and game theorist Anatol Rapoport, best-known for originating the famous tit-for-tat strategy of game theory. Dennett synthesizes the steps:

How to compose a successful critical commentary:

If only the same code of conduct could be applied to critical commentary online, particularly to the indelible inferno of comments.

But rather than a naively utopian, Pollyannaish approach to debate, Dennett points out this is actually a sound psychological strategy that accomplishes one key thing: It transforms your opponent into a more receptive audience for your criticism or dissent, which in turn helps advance the discussion.

Compare and contrast with Susan Sontag’s three steps to refuting any argument, and treat yourself to Dennett’s wholly excellent Intuition Pumps and Other Tools for Thinking.