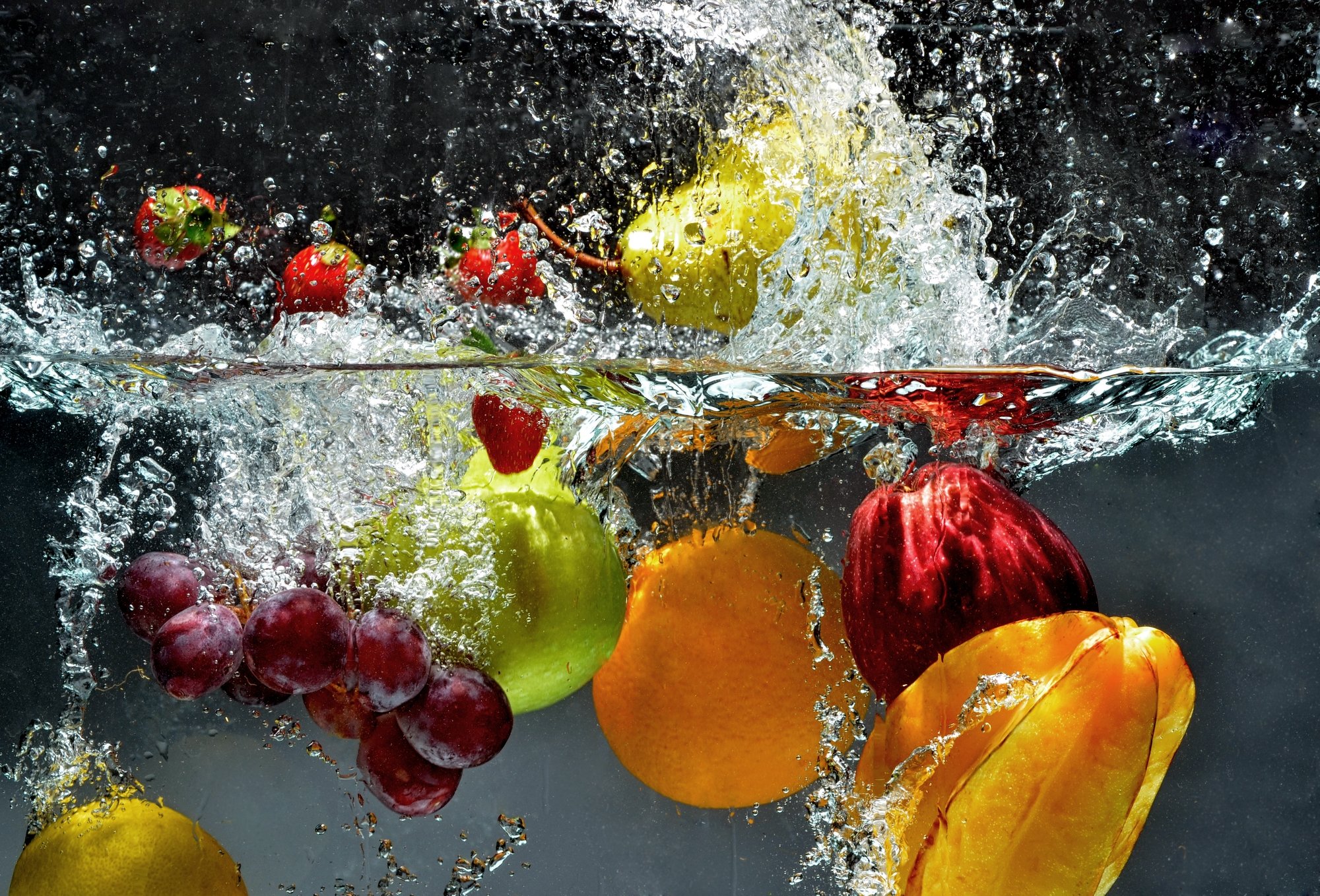 There’s a lot to worry about when it comes to food—or rather, there’s a lot that people want you to worry about. Every mommy blogger and natural living life coach with a URL to their name is bursting with helpful tips on how to rid yourself of toxins and chemicals. If you google “how to get pesticides off fruit” you’re greeted by a flurry of blogs all promising the solution.

It’s not unreasonable to want to consume fewer of the chemicals we use to kill off bugs and weeds. You should just make sure that what you’re doing is actually effective. Plenty of people wash their chicken before cooking it, even though that method does nothing to kill bacteria, and in fact spreads potentially dangerous pathogens all over your kitchen sink and such. So let’s look at the evidence:

Water can remove some of the pesticides from a piece of fruit, so a basic scrub under the tap will help at least a little. The extent to which this rather lackadaisical method works will depends on the fruit itself; some skins will more readily release the pesticides contained therein. Others, like apples treated with wax for extra shine, will retain them despite your scrubbing. But water’s occasional ineffectiveness doesn’t mean you should waste money on store-bought veggie washes—they don’t seem to work, either. And even if it worked (which it’s not clear that it does), regular soap is liable to seep into the surface.

A study in the Journal of Agricultural and Food Chemistry found one better alternative: baking soda. A solution of sodium bicarbonate and water can remove even more pesticides than water alone, provided you have more than a minute to spare. In the experiments, Gala apples that were allowed to soak in baking soda for eight minutes had significantly reduced pesticide residue on the surface, and at 12-15 minutes there were virtually no pesticides left. This is because sodium bicarbonate can help degrade the two types of pesticides used in this study, thiabendazole and phosmet. Other chemicals might not react the same way, so this solution isn’t a guarantee of a pesticide-free snack. It’s just a lot better than the alternatives.

Even after the long soak time, though, there were some pesticides that the baking soda couldn’t get to. Thiabendazole and phosmet, like many other substances, seep into the skin and flesh of the produce they’re applied to. There’s an upper limit to the amount that the fruit can absorb, since the added chemicals will come to an equilibrium inside the cells, but none of it will come out in the wash.

Buying Organic Can Help, Though Not Much

If you’re hoping to avoid pesticides altogether, you’ll have to look beyond the organic aisle. Produce grown under organic conditions can still have pesticides, it’s just a different—and supposedly less toxic—set of them. But they’re still chemicals that can seep into your fruit through the skin or even leech into the flesh itself via the plant’s water supply, both of which prevent you from washing them away.

The most common piece of advice here is to avoid those fruits that pose more of a pesticide risk, often known as the “Dirty Dozen.” An environmental group called the Environmental Working Group has claimed that switching to the organic versions of those 12 fruits and veggies could substantially improve your health. It’s true that organic versions will generally contain fewer and less harmful chemicals, and there’s certainly no harm in eating organic, but it’s worth noting that EWG’s methodology is far from scientific. Their analysis relied on unproven theories about how pesticides might interact with one another, and thus has skewed results. A rebuttal in the Journal of Toxicology found that EWG didn’t even attempt to estimate pesticide exposure in the first place, and that “substitution of organic forms of the twelve commodities for conventional forms does not result in any appreciable reduction of consumer risks.”

In other words: science does not back up the Dirty Dozen advice. But it’s your money; you can eat organic if you want to.

That same Journal of Toxicology analysis also found that the levels of pesticides detected in the so-called Dirty Dozen all fell below the acceptable limit set by the Environmental Protection Agency. And we’re not talking just slightly below the limit. The allowable dose for methamidophos on bell peppers was 49.5 times higher than the actual amount of pesticide, and that was the fruit with the highest exposure. Many of them came 1,000-or 30,000-fold under the legal limit. It is worth noting that legal limits aren’t infallible. Human exposures and their bodily impacts are difficult to study (and oft under-studied), and too often we don’t know exactly how a particular pesticide might affect us. If the EPA bases their acceptable limit on faulty science, it may overestimate how much exposure we can tolerate. And that’s assuming that the EPA is even doing their job properly in the first place.

If you’re still not sure—maybe you don’t trust the EPA, or you think pesticides haven’t been studied well enough (both perfectly fair points)—try going to your local farmer’s market. There, you can talk to the growers and discuss which pesticides they use. Of course, there seems to be an ever-growing trend of farmer’s markets filling up with folks simply reselling wholesale produce. So you might want to do an extra baking soda wash just to be sure.