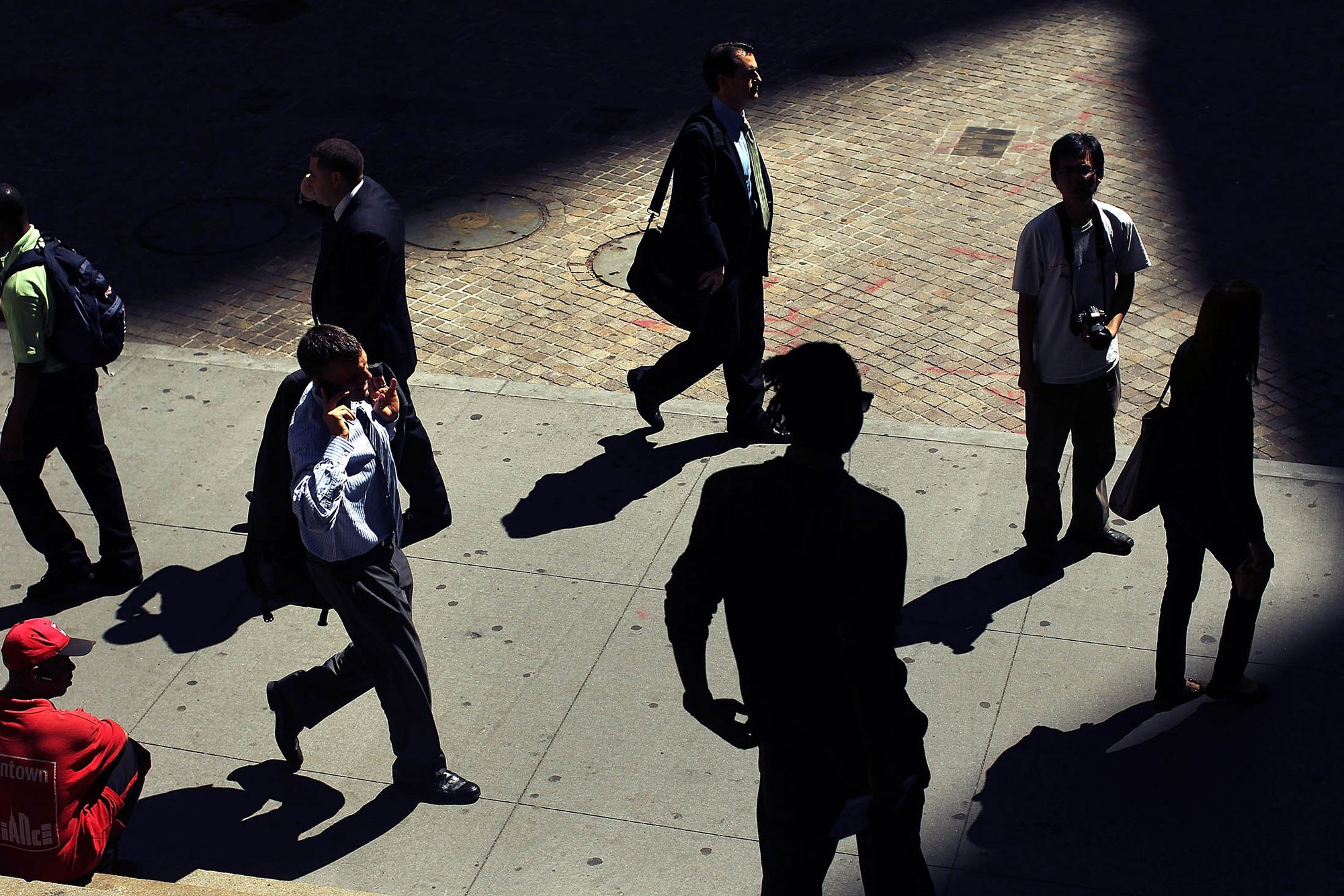 In February 2017, after almost two years worth of six-hour workdays, nurses at the Svartedalens elderly care facility in Gothenburg, Sweden went back to eight hour shifts—despite recently published research showing the benefits of the shortened workdays.

The City of Gothenburg didn’t extend the experiment in part because funding ran out. It cost about 12 million krona ($1.3 million) to hire the 17 extra staff members needed to fill the gaps created by shorter work hours. The city had only budgeted for two years, and legislators said it would be too expensive to implement the project across the entire municipality.

So, for now, the project has come to an end. Yet, there are longer term savings the study didn’t take into account. Working shorter hours resulted in healthier workers, researcher Bengt Lorentzon found in a new paper. “They were less tired, less sick, had more energy coming home and more time to do activities,” said Lorentzon. 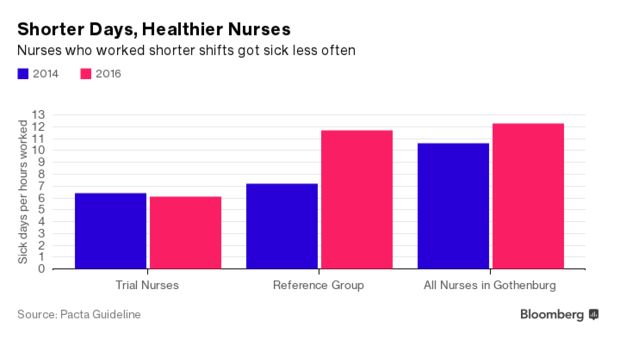 Overall, they took 4.7 percent fewer sick days over the period of the experiment, while nurses in the control group took 62.5 percent more sick days over the same time frame. Nurses who worked fewer hours took less unexpected time off, too. 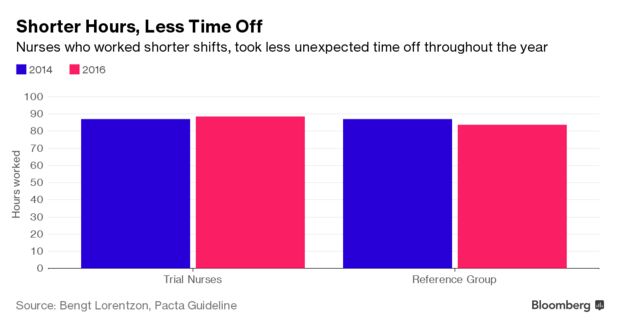 While the study found health and productivity benefits, it didn’t measure the potential long term cost savings of healthier nurses. But one thing is clear, Lorentzon says: These improved attitudes and health led to higher quality care at the nursing home.

In general, the working population of nurses in Sweden are in worse health than the average Swede. The women in the facility have higher body mass indices than the average worker, for example. While the study didn’t run long enough to fully measure health effects of shorter days, the research indicates nurses working only six hours will experience permanent health benefits, resulting in savings.

“The satisfactory blood pressure is slightly lower for nurses at Svartedalens and the reference facility in comparison to the normal value for all professional women,” the study found.

Healthier employees spend half as much on health care, a study published in Mayo Clinic Proceedings found. Looking at 10,000 employees at a health system in Florida, researchers found that those who were in “ideal” cardiovascular health, using the American Heart Association’s Life’s Simple 7 measurement 1 , spent $4,000 a year less on health care costs than those in “poor” heart health.

“A more complete analysis [of Sweden] would include the upside of having done it,” said Eduardo Sanchez, one of the authors of the American study and Chief Medical Officer for Prevention at the American Heart Association. “The question is what were they measuring in terms of cost and what was included and what wasn’t included?” The Svartedalens experiment didn’t calculate the health savings cost of healthier nurses at all, let alone consider long term savings.

The nurses working six hour days reported having more energy and less stress during the trial. Sanchez points to research that’s found that people who feel good about their employer deliver better results at work. “You’re going to be a better nurse when you have good feelings about your employer,” he said.

Other Swedish municipalities have started their own experiments on workforces with high burnout and poor health, but short-term costs remain their ultimate nemesis. Also, some studies conducted before the Gothenburg trial had less encouraging results than those at Svartedalens.

But even more daunting is the political reality facing such projects: The Left Party, which is behind the move away from 40 hour weeks, got only 6 percent of the vote in Sweden’s general election in  2014. Conservative politicians have already expressed opposition to the shortened workday, and even tried to shut down the Svartedalens experiment one year into its tenure.

In the U.S., some companies spend hundreds of dollars per employee on workplace wellness programs, hoping to save money on healthcare while maintaining productivity, albeit with the understanding that the eight-hour day should be viewed as a minimum at best.