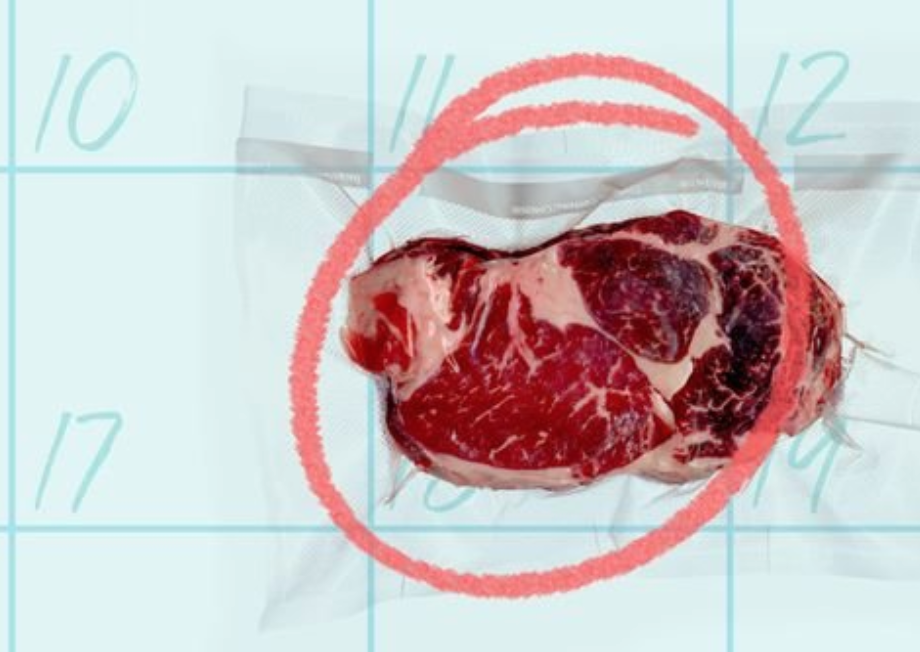 When it comes to stocking up on food, there’s nothing as convenient as filling up your freezer with a variety of frozen meals and ingredients, since freezing your food is the best way to guarantee freshness, long-term.

If you’re like many people and keep key meat items — such as raw chicken or ground beef — in the freezer, there’s probably a question you might be wondering: How long can you freeze meat before it goes bad?

The good news is that frozen meat that’s kept at a temperature of 0° Fahrenheit or lower will actually be safe to eat indefinitely, according to FoodSafety.gov — but it’s important to remember the difference between “safe to eat” and “good to eat.” After some time, the quality of the meat will degrade due to things like freezer burn — which is why you might want to know how long you can keep different meats in the freezer before they start to veer into “bad quality” territory. To help you make sure you’re not freezing your meats longer than you should, we’ve gathered some guidelines — based on recommendations from the FDA — as to how long you should you should store different types of meat in your freezer. 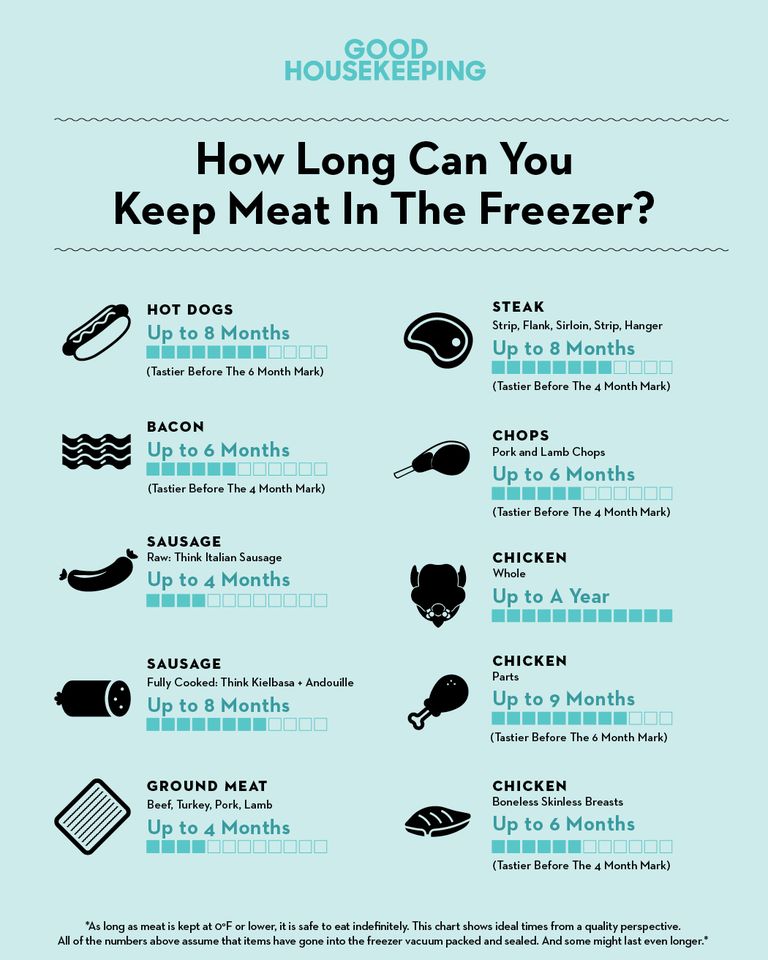 (*The graphic above illustrates our Chief Food Director's professional opinion on frozen meat quality over time, which may suggest shorter freezing time than the FDA's recommended time outlined below).

How should I be storing meat in the freezer?

Before you go stock up on all types of meat, it’s important to first know how to safely and properly store meat in your freezer. First, you should make sure that you're freezing the meat — and all other frozen foods — at a temperature of 0° Fahrenheit or lower; this is the temperature that keeps food safe by preventing the growth of microorganisms and inactivating any microbes (such as bacteria, yeasts and molds) present in food, according to the USDA.

It’s perfectly safe to freeze meats in its original packaging; but if you're planning to keep it in your freezer for longer than two months, the FDA recommends that you overwrap these packages with airtight heavy-duty packaging such as foil, plastic wrap, or freezer paper — or you can just place the package inside a plastic bag, too.

How long does frozen meat last?

According to the FDA, whole chickens and turkeys can last in the freezer up to a year. If you're freezing poultry pieces such as turkey or chicken breasts, thighs, or wings, however, they should be consumed within nine months, while giblets should be kept no longer than three to four months.

When it comes to fresh meat like beef, veal, or lamb, you should know that these foods can last for several months in the freezer, depending on what type of meat they are. Specifically, the FDA says that raw steaks can be kept in the freezer for six to 12 months. Chops, however, last shorter at four to six months while roasts can be kept frozen from anywhere between four months to a year.

Uncooked pork has similar freezer guidelines to beef and other meats: Chops should last four to six months in the freezer, while roasts can be kept frozen for four to 12 months. Processed pork, such as bacon, sausage, hot dogs, ham, and lunch meats, shouldn't keep them in the freezer for longer than one to two months.

Fish and seafood can get a little more complicated when it comes to recommended freezer guidelines, but generally, lean fish can last six to eight months in the freezer while fatty fish lasts shorter at two to three months.

Whether your type of raw ground meat is beef, turkey, lamb, or veal — or any other mixtures of them — you shouldn't have it in the freezer for longer than three to four months. (The same goes for hamburger meat!)

Sometimes you’ll want to freeze your leftover meats for later consumption — but before you go ahead and cook extra portions, you should remember that cooked meat doesn't maintain its quality in the freezer for as long as raw meat does. According to the FDA, cooked poultry dishes and cooked fish can be kept in the freezer for four to six months, whereas other cooked meat and leftover meat dishes (such as beef, veal, lamb, and pork) shouldn't be kept for longer than two to three months.