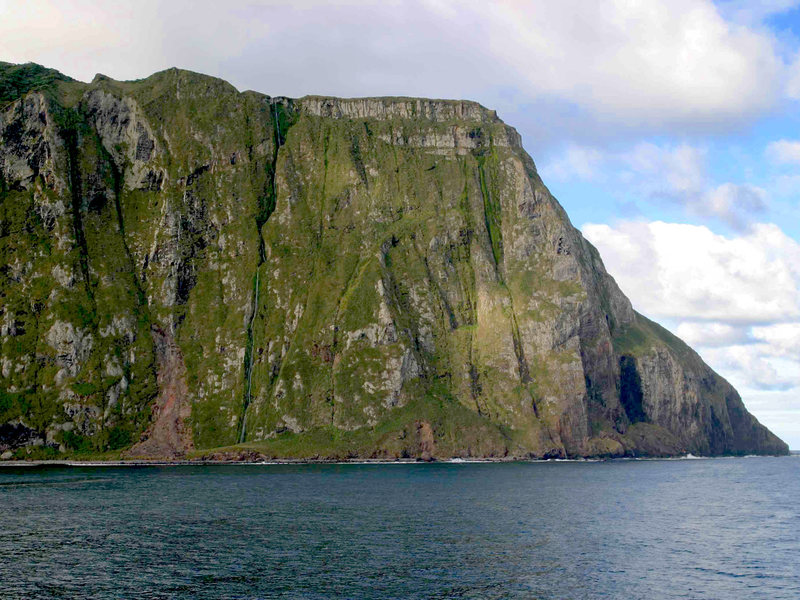 Arriving on Inaccessible Island—after the inevitable odyssey of getting there—you hear the sound of the Inaccessible Island rail everywhere. The smallest flightless birds in the world, the rails scurry around the vegetation, feasting on worms, berries, seeds, and invertebrates, including a flightless species of moths. During a fieldwork trip in 2011, it took days for Martin Stervander, then a doctoral student at Sweden’s Lund University, to spot one. Even then, “you see something little and dark, running for a second, and that’s about it,” he says.

Catching one, though, proved easy. Usually, when trapping birds, scientists rig a net high off the ground, but for these flightless birds, the net went low. When they played a recording of the bird’s call, it took only a few minutes before a male and female ran straight into the net.

Inaccessible Island rails live only on Inaccessible Island; it appears, as far as any evidence shows, that they never even made it to the neighboring Nightingale Island. “No one really knew the history,” says Stervander, now a postdoctoral research fellow at the University of Oregon’s Institute of Ecology and Evolution. With a sample of a rail’s genetic material, he aimed to finally answer the most mysterious question about these birds: How did they get to Inaccessible Island to begin with? 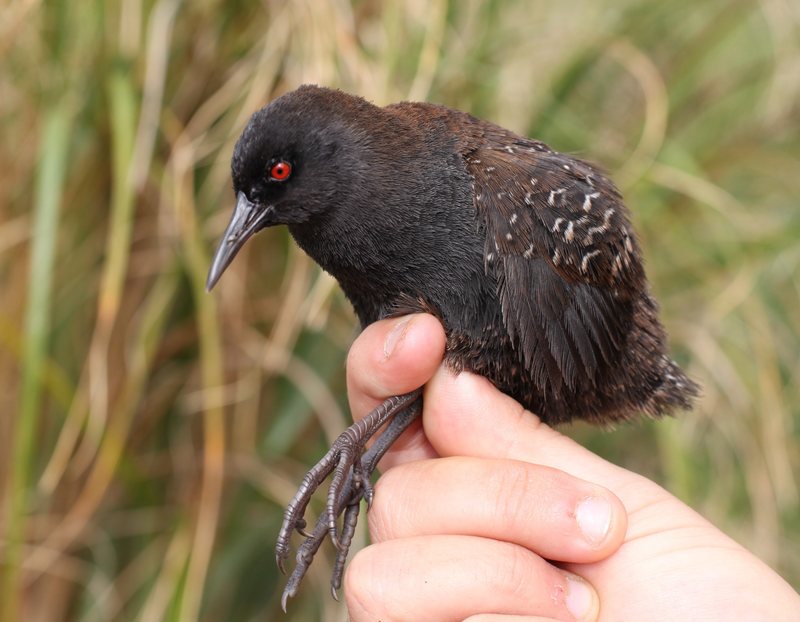 The first scientist to describe the Inaccessible Island rail, Percy Lowe, never visited the island himself. He was sent a sample by a clergyman who lived on Tristan da Cunha, the main island in this area. Lowe couldn’t connect it to any existing species, so in 1923 he grouped it in its own genus, Atlantisia, after the fabled island of Atlantis. He believed the bird had come to the island from Africa or South America but theorized that Atlantisia rogersi had always been flightless. In his view, it had arrived on its remote island home by walking over land bridges long submerged under the oceans.

Close to a century later, the science of plate tectonics (a surprisingly recent development in our understanding of the planet’s distant past) suggests that’s not the case. And in a new paper published in Molecular Phylogenetics and Evolution, Stervander and his collaborators detail genetic evidence for a very different version of the rail’s past.

After sequencing the genome of the rails caught in their net, the scientists were able to find the Inaccessible Island rail’s closest relative—the dot-winged crake, which lives in Uruguay and Argentina. Both birds are also closely related to the black rail, which is found in South and North America. 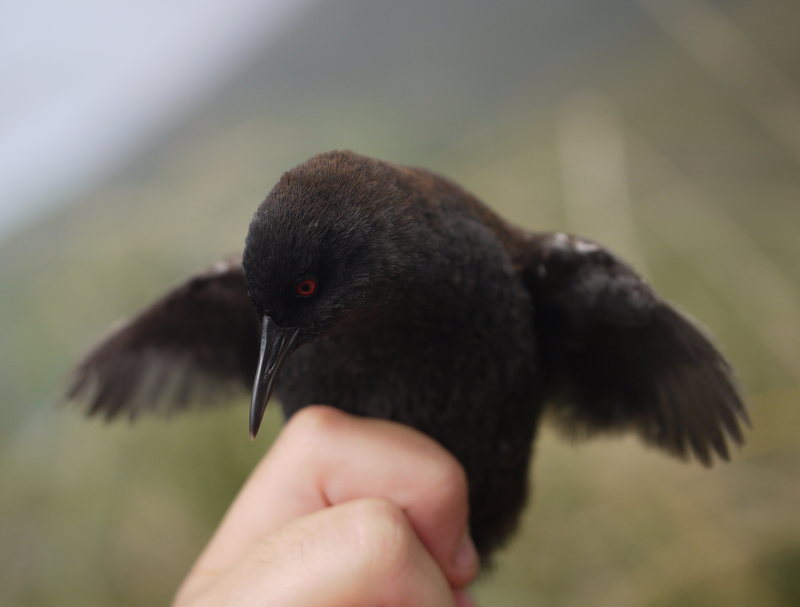 Those little wings can’t do much anymore. Martim Melo.

One of the main implications of this finding: The common ancestor of these birds could fly. That means that Inaccessible Island rails didn’t walk across impossibly long land bridges to reach their current home. Instead, they flew there, and like many birds confined to island paradises with no predators, they lost the ability to fly over time. (Flying takes a lot of energy and big muscles, so if there’s no reason to fly, it’s more efficient not to.)

It also clears up some of Lowe’s confusion about these birds’ taxonomy. But because the black rail was described first, the somewhat arcane rules of the discipline require that its relatives share its name. In the paper, Stervander and his colleagues suggest that the Inaccessible Island rail should become the Laterallus rogersi.

“We’re quite sad because Atlantisia is a beautiful name with a beautiful history,” says Stervander. (But rules are rules.) 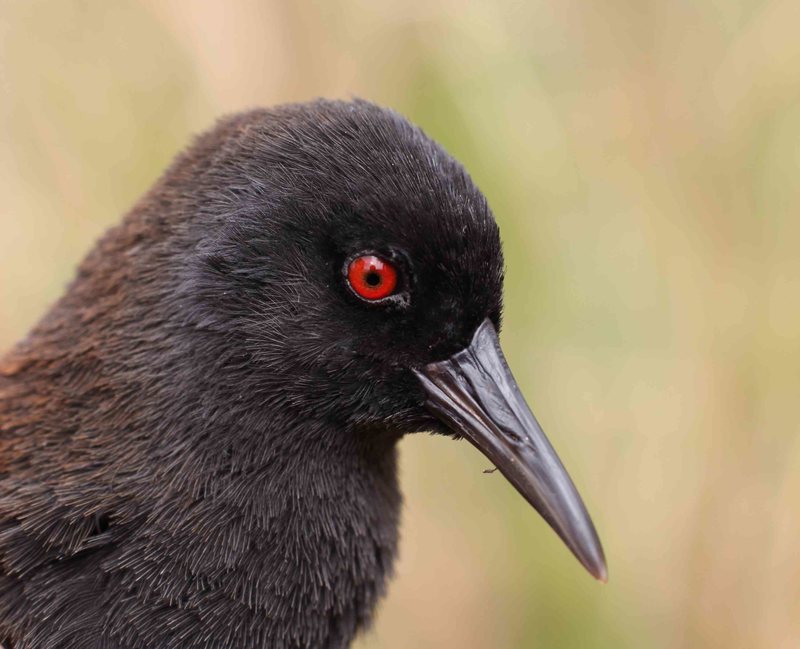 On this one tiny island, there is a thriving population of thousands of what we’ll now call Laterallus rogersi, but they are considered vulnerable to extinction. Should a mammalian predator population reach the island, it could make quick work of the scurrying birds. Rails, as a group, have spread over the world, to islands far and wide, and made successful homes, only to have them destroyed by human invasion. According to one estimate, anywhere from 440 to 1,580 species of flightless rails went extinct after humans started colonizing islands in the South Pacific.

People living on Tristan da Cunha are careful to avoid introducing any potential predators onto Inaccessible Island, and the risk is relatively low, given how hard it is to get there. (One of Stervander’s collaborators once had to wait five weeks on a boat to reach his research site.) For now, the rails are safe in a place where few humans are eager to go, even if they’ve long lost the ability to fly anywhere else.