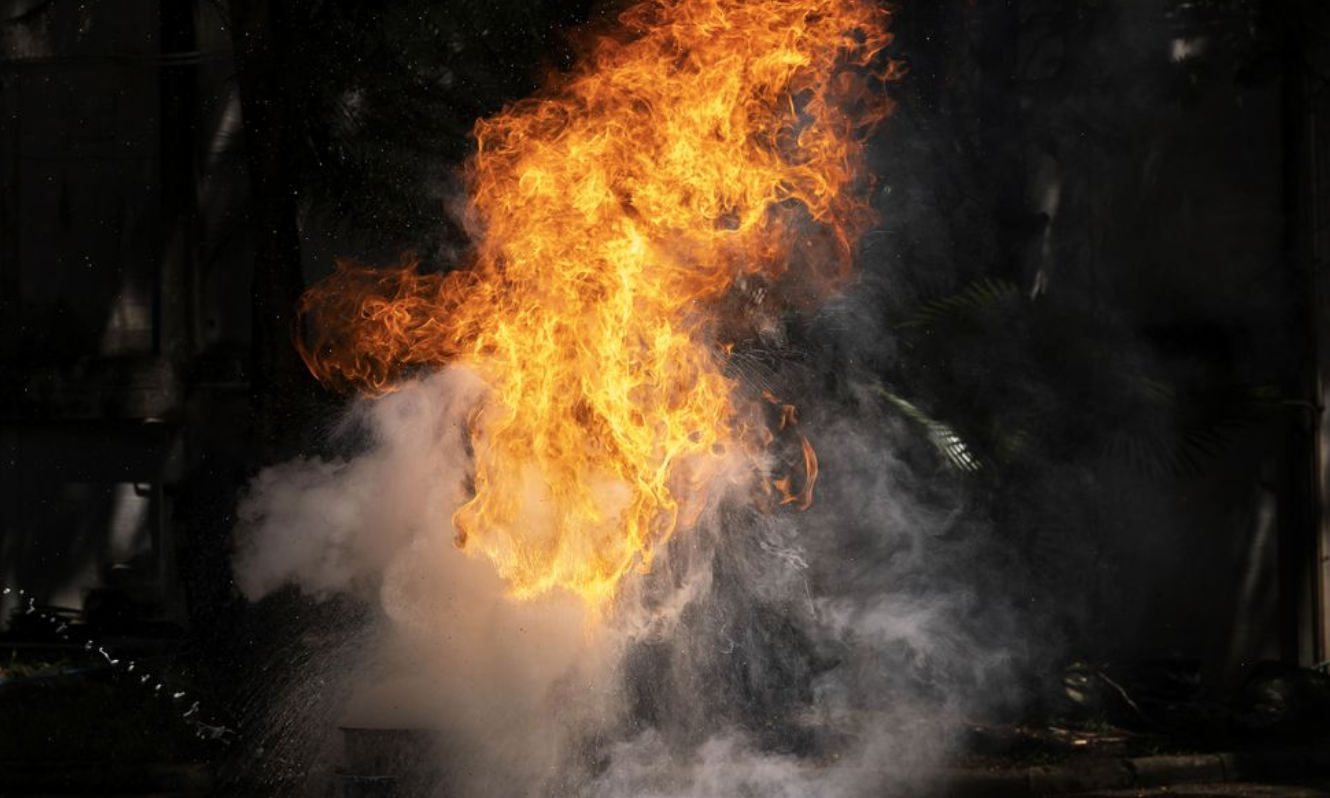 I once found myself in a rather terrifying situation in which my tiny electric grill went from “hmm, that doesn’t normally get that hot” hot to “ohmygod, that is a fire” hot in a matter of about three seconds. It was luckily the first grease fire I’d ever encountered, but that also meant I had no idea how to handle it. I truly knew nothing about what to do, but did have the vaguest inkling I was not supposed to throw water on it.

...I was right! But for my (and your, of course) future reference, here is what you should do if you find yourself battling a grease fire at home.

Try and smother the fire.

The first thing you should try and do is attempt to keep as much oxygen as possible off the flame. That means covering it in its entirety, if it’s small enough. You can use the lid of a pot, a baking sheet, or even some kitchen towels—whatever you have around you that is not wet and can serve as a cover of sorts.

Move on to salt.

If the flame you are dealing with is bigger than a good smothering can handle, grab as much salt as you can find in your kitchen and throw it on the fire. This is another way of depriving the flame of oxygen, and while it will require a lot of salt to do, it very well might work. You will read elsewhere that you can do the same thing with baking soda (and you can!), but it’s going to take pounds and pounds of baking soda to achieve the result you’re looking for...AKA putting that fire out ASAP.

Use your fire extinguisher if needed.

Salt (and/or baking soda) not working? Get to your fire extinguisher, stand back, and spray it at the source of the fire until the flames are entirely gone. It’s important to stand back because the pressure of the extinguisher, if held too close, can knock over whatever vessel the fire is coming from and help it spread. A steady stream from far away is your best bet.

If the fire seems larger than you can control, call 911 immediately. End of story! Oh, and:

Do not use water.

Never. use. water. on. a. grease. fire! No matter what your instincts are telling you, you simply should not use water to attempt to put out the flame. It will only stoke the fire and make everything worse.