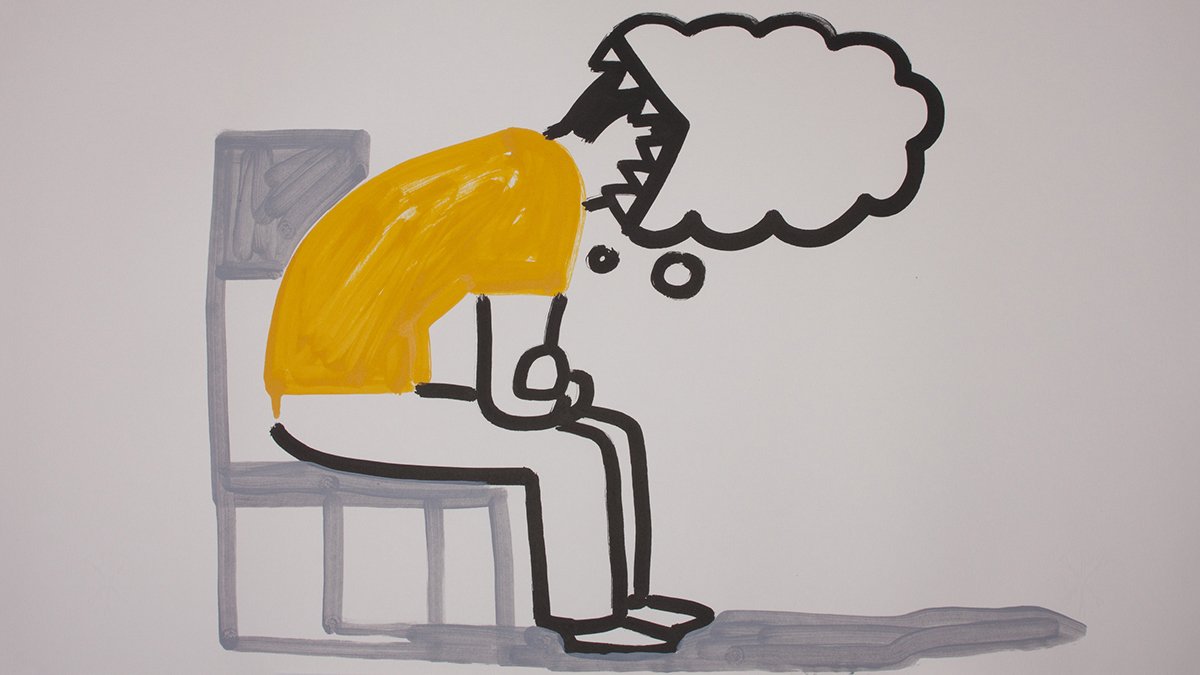 Illustration by Dave Wheeler from HBR.

It can be tough enough to manage your own stress. But how can you, as a manager, help the members of your team handle their feelings of stress, burnout, or disengagement?

Because work is getting more demanding and complex, and because many of us now work in 24/7 environments, anxiety and burnout are not uncommon. In our high-pressure workplaces, staying productive and engaged can be challenging.

Although it’s unlikely that the pace or intensity of work will change much anytime soon, there’s a growing body of research that suggests certain types of development activities can effectively build the capacity for resilience.

One approach is to focus on employees’ personal growth and development. When I was working at Google as the director of executive development, for example, we focused on helping managers create the “happiest, healthiest, and most productive workforce on the planet.” Investing in employee personal growth and development from this perspective is the first step in unleashing creativity, enabling potential, and supporting sustainable productivity.

The good news is that there are some very practical and easy-to-implement approaches to personal development that managers and team members can adopt — and they aren’t time-, budget-, or resource-intensive. Here are some approaches to consider, based on the two decades I’ve spent working with managers to enhance team resilience and effectiveness.

Model and encourage well-being practices. Worker stress levels are rising, with over half of the global workforce (53 percent) reporting that they are closer to burnout than they were just five years ago, according to a Regus Group survey of over 22,000 business people across 100 countries. And while stress can be contagious, the converse is also true: when any member of a team experiences well-being, the effect seems to spread across the entire team. According to a recent Gallup research report that surveyed 105 teams over six three-month periods, individual team members who reported experiencing well-being were 20 percent more likely to have other team members who also reported thriving six months later. Takeaway: understand and prioritize activities that promote well-being for yourself and your team. They could include such things as offering personal development tools, like mindfulness and resilience training; explicitly encouraging people to take time for exercise or other renewal activities, such as walking meetings; or building buffer time into deliverables calendars so that people can work flexibly and at a manageable pace.

Allow time to disconnect outside of work. According to the Organisation for Economic Cooperation and Development, workers around the world spend 34 to 48 hours at work each week on average, and many engage in work or related activities after business hours. McKinsey Quarterly suggests that “always-on, multitasking work environments are killing productivity, dampening creativity, and making us unhappy.” And one of the most significant findings in employee pulse surveys that I’ve seen in companies large and small is that employees have an exceptionally hard time disconnecting from work.

While the rigors of a high-performance culture may require consistent focus, “always on” is a dangerous and unproductive mindset because it fails to take recovery time into account. Even the best athletes on the best teams require time to rest and recover. So be intentional about when you expect team members (and yourself) to engage in the office or digitally, and be intentional and explicit about when not to engage. No emails after 8 p.m. or on weekends, for example.

Train the brain to deal with chaos. Neuroscience research shows that the practice of mindfulness can systematically train the brain and create useful mental habits that promote resilience and productivity at work (and in life). At Wisdom Labs, we notice that leaders and teams who train their brains to develop mindfulness collaborate better, navigate stress more effectively, and sustain high performance. You don’t have be an expert in mindfulness to help yourself and team members develop this innate human capacity. Technology can be helpful, too: Try out a few mindfulness apps or devices yourself, and pass them on. Good apps include Calm, Headspace, and the Muse.

Emphasize “monotasking” for better focus. Multitasking is a myth. Humans are not effective or efficient parallel processors (computers are). Neuroscientist, educational researcher, and author JoAnn Deak, Ph.D., notes that multitasking typically “doubles the amount of time it takes to do a task, and it usually at least doubles the number of mistakes.” People are best at “serial monotasking.” Managers can encourage monotasking by helping team members with clear, one-at-a-time task prioritization for deliverables, defining milestones that don’t overlap, and generally avoiding the trap of mistaking the urgent for the important.

Be purposeful about “gap” time during the work day, or slow periods over the course of the working year. Be deliberate about helping people pause and recharge during down cycles or lulls in work activity. If there are no down cycles, work hard as a manager to create some. According to Linda Stone, former head of Microsoft University, there is a tendency for people to be pulled toward always being a live node at work, an “always-on, anywhere, anytime, any place behavior” that results in suboptimal and dissatisfying state of “continuous partial attention.” Give people buffer time to recharge and refocus.

Author and management consultant Tony Schwartz suggests that managers understand work is not a marathon but a series of sprints that requires recovery and renewal time in between (say, 90 minutes of focused work followed by a 10-minute break). It’s not the number of hours people work that matters, it’s the value they produce during the hours they work. So stop worrying about how many hours someone spends at his desk, and start figuring out “What can I do to help this person design his schedule so that when he’s working, he’s really working?”

Exercise empathy and compassion. It doesn’t cost anything to be kind, and the benefits for managers are great. Empathy and compassion significantly improve employee performance, engagement, and profitability. A seminal research project at the University of New South Wales, which looked at 5,600 people across 77 organizations, found that “the single greatest influence on profitability and productivity within an organization…is the ability of leaders to spend more time and effort developing and recognizing their people, welcoming feedback, including criticism, and fostering co-operation among staff.” Additionally, the research found that the ability of a leader to be compassionate – “to understand people’s motivators, hopes, and difficulties and to create the right support mechanism to allow people to be as good as they can be” – has the greatest correlation with profitability and productivity. Empathy and compassion are good for people and good for business.

What kind of return on investment can managers expect for these efforts? At Aetna Insurance, more than 12,000 employees participating in mindfulness programs offered by the company showed an average of 62 minutes per week of enhanced productivity, saving the company $3,000 per employee annually. More generally, an iOpener Institute study found that in mid-sized companies, happy workplaces had a 46 percent reduction in turnover, 19 percent reduction in the cost of sick leave, and 12 percent increase in performance and productivity. The happiest employees spent 46 percent more of their time focused on work tasks and felt 65 percent more energized than their colleagues. Finally, at a macro level, research by HR consultancy Towers Watson found that companies in which employees experienced sustainable engagement, defined as emotional engagement as well as a sense of being enabled and energized by work, had twice the earnings and nearly three times the gross profit of companies that had average to low levels of engagement.

You may be asking yourself, “Is it really my job as a manager to focus on people’s resilience? To encourage them to practice mindfulness?” According to recent research published by Gallup, the view that employees should leave their personal lives at home “might sound sensible, but it’s totally unrealistic.” Gallup analysis shows that “our well-being has an impact on the people we work with, and on the people who work for us.” Managers, therefore, really do need to focus on what Monika Broecker, founder of the Center for Personal Growth, describes as “upgrading mental and emotional capabilities.”

The bottom line for managers is that personal development makes each person, and the entire team, better, enabling higher performance and engagement over time. Doing well at work and encouraging people to feel well isn’t just possible — it’s the foundation of a high-performance team.

Rich Fernandez is CEO of the Search Inside Yourself Leadership Institute, a nonprofit organization developed at Google that now offers mindfulness and emotional intelligence programs to communities and organizations around the world. He is also the co-founder of Wisdom Labs, an organization that brings the science of mindfulness, resilience and thriving into organizations. Follow him on Twitter @_richfernandez.