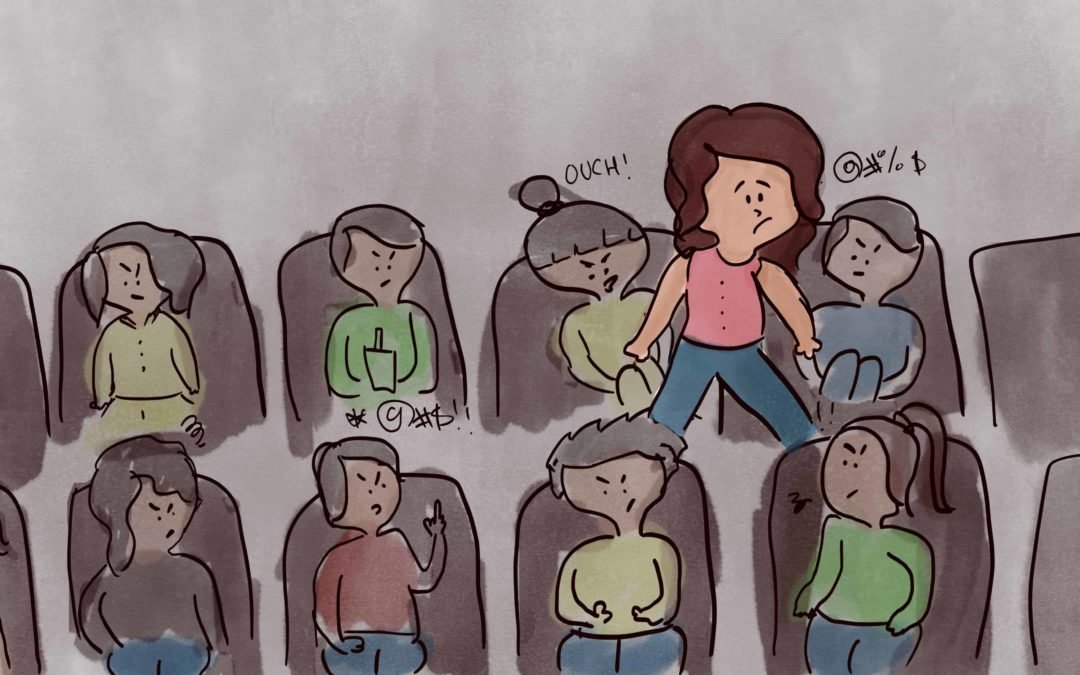 There I was, sitting in a packed movie theatre. I waited two years for this sequel and I’ve got enough popcorn and diet soda to last me a full three hours. Fifteen minutes into the movie, the hero and villain are facing off for the first time when a lady bursts into the theater. Trying to find a seat, she awkwardly tries to squeeze into the middle of the row in front of me blocking the best part of the movie. “What a rude and inconsiderate person!” I think to myself as I dodge her body when she scuffles by.

A week later I’m rushing to catch another film with my friends. It’s pouring rain and traffic is crazy. I hope I make it before the previews end but when I reach the theater (soaking wet I might add), the movie has already begun. I have to turn on the flashlight on my phone to find my seat and accidentally step on a few movie goers’ toes. I hear tuts and loud sighs. It’s clear these people think I’m a complete jerk.

“Well this isn’t my fault! It’s raining and the traffic was insane!” I think to myself as I take my seat. “I’m usually never late.”

The “fundamental attribution error” is our bias to judge other people differently from how we judge ourselves. It is, according to Dr. Cristina Bicchieri, “the tendency to believe that what people do reflects who they are” — for better and for worse.

This cognitive bias takes a few forms. The first occurs when things go poorly. When we screw up, we tend to believe things happened because of circumstances outside of our control. However, when others fail, we tend to think it is a result of poor choices or someone being a bad person.

For example, I believed that being late to the movie was due to the weather, something I couldn’t control. However, I didn’t give the same affordance to the other moviegoer who was late. I assumed she was a rude person despite having no idea what might have made her late. 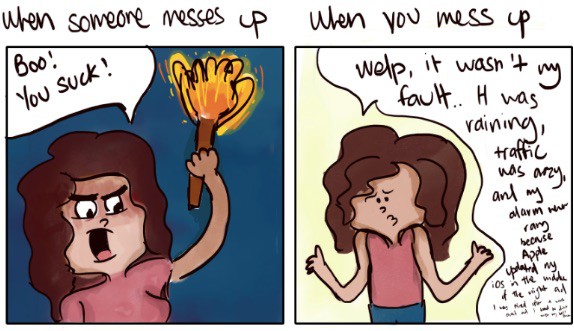 The second type of fundamental attribution error occurs when things go well. When we succeed, we tend to believe it is the result of our talent and hard work. That might be true, however, when others succeed, our bias tends to make us think the other person got lucky or was privileged in some way.

That college friend who made it big in Hollywood or your pal who now reports to the CEO at a Fortune 500 company, they were just at the right place at the right time, right? 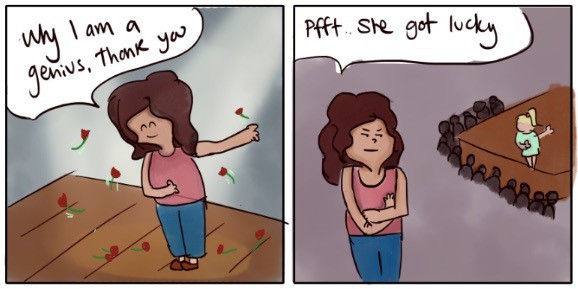 What’s the deal with our tendency to give ourselves the benefit of the doubt while not doing the same for others?

Firstly, it’s hard to see things clearly when we don’t have all the information. We only see a sliver of the world around us. When someone else screws up, we see them as the most obvious cause of the problem. We don’t see all the things that might also be going on. When it comes to our own mistakes, we’re fully aware of the factors outside our control, so we understand the context of why we tripped up.

On the flip side, attributing our successes to our awesomeness boost our confidence, makes us feels good, and improves our reputation among the people around us.

Turns out that a confidence boost can benefit us and may even serve an evolutionary purpose. Researchers believe it may help us take on beneficial risks as we change our perception of what we’re capable of. 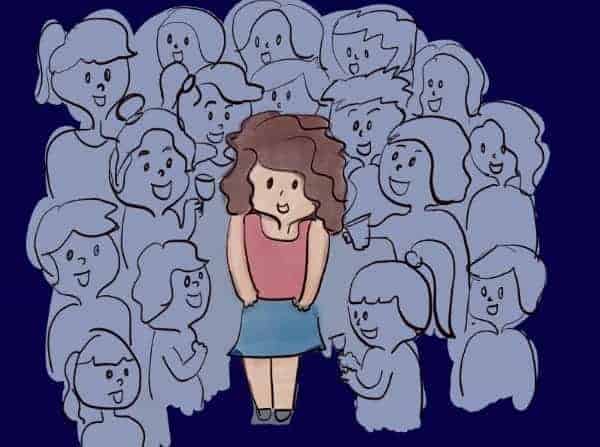 For example, a study of unemployed college grads found those who credited their successes to themselves, were more likely to find a job than students who tended to blame themselves for failures. The researchers believe students who viewed things in a more self-serving way were more motivated and optimistic about their futures.

End of an Error

While the fundamental attribution error has some benefits, it also has a downside when it comes to how we think about others. Being aware of this tendency can help us put it in its place. Here are two ways to make sure the bias doesn’t get the best of us:

1. Acknowledge the Role of Chance

Have you paused to grasp how many things had to go just right for you to be reading this sentence right now? In the 13.8 billion years since the big bang, out of the billions of planets floating around the black abyss of space, among countless galaxies, two million years of human evolution just happened to insert one special sperm out of millions into one single egg that made you. The odds of winning this cosmic lottery are mind blowing. And the best part is, you had nothing to do with it.

You also happened to be alive in the safest, healthiest, most well-educated, most equitable time in human history. Sure, things are far from perfect in the world, but for the average person, now is a whole lot better than any other time in history.

Remembering how many things outside of our control had to go just right, can help us feel more grateful and reminds us of how lucky we are that so many things we had nothing to do with went just so. This same attitude regarding the role chance plays in all our lives can help us cultivate a more unbiased point of view.

Research shows we are more likely to fall for the fundamental attribution error when we make quick judgments of others. The next time you find yourself critical of someone else’s behavior, blaming who they are instead of what they did, try practicing some empathy.

Practicing empathy has been found to reduce the fundamental attribution error. Researchers believe pretending you are in the shoes of the person you are likely to blame makes us kinder and less judgmental.

For example, that person who cut you off in traffic might be a jerk, or alternatively, maybe the driver is a woman in labor. Of course, you’ll never know, but why not consider it anyway? Your anger won’t change her driving and does nothing but cause you undue stress.

Before being so quick to judge, try coming up with an alternative story behind why someone might behave a certain way. It doesn’t matter if the story is a little whacky, you’ll likely find a scenario you could potentially see yourself in.

Humans seem to be hardwired to make the fundamental attribution error. It evolved to aid our survival by bolstering our confidence and reputation. However, in modern society, this cognitive bias can hurt us and others more than it serves us. It can cause us to lose our cool, get into more trouble because of the repercussions of our anger, or ruin our day if we let it.

However, this bias isn’t our destiny. There are ways we can fight this tendency and live a happier more empathetic life. The next time you catch yourself about to lose your patience, are tempted to give someone the stink eye or judge them as a bad person, remember they’re human, just like you. Give them the benefit of the doubt and put yourself in their shoes, even if it takes a little effort. We’ll all be better off for it.