Frida Kahlo on How Love Amplifies Beauty: Her Breathtaking Tribute to Diego Rivera

“I do not think that the banks of a river suffer because they let the river flow.” 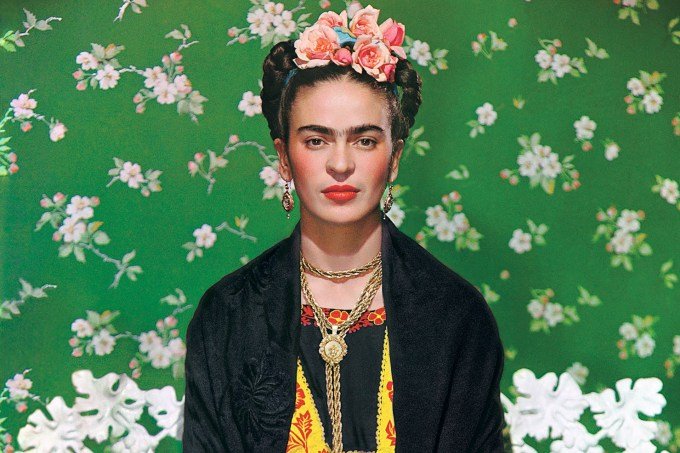 As artists, Frida Kahlo (July 6, 1907–July 13, 1954) and Diego Rivera (December 8, 1886–November 24, 1957) each possessed boundless talent bolstered by an unbending will. As partners, they possessed each other with a ferocious love, intense and complicated and all-eclipsing — the kind for which, in Rilke’s immortal words, “all other work is but preparation.” They wed when Kahlo was twenty-two and Rivera forty-two, and remained together until Kahlo’s death twenty-five years later. They had an open marriage long before the term existed as a trend of modern romance — both had multiple affairs, Rivera with women and Kahlo with both men and women, most notably with the American-born French singer, dancer, and actress Josephine Baker and with the Russian Marxist theorist Leon Trotsky. Still, both insisted that they were the love of each other’s life — a deep conviction crystallized in Kahlo’s passionate love letters and Rivera’s affectionate account of their first encounter. 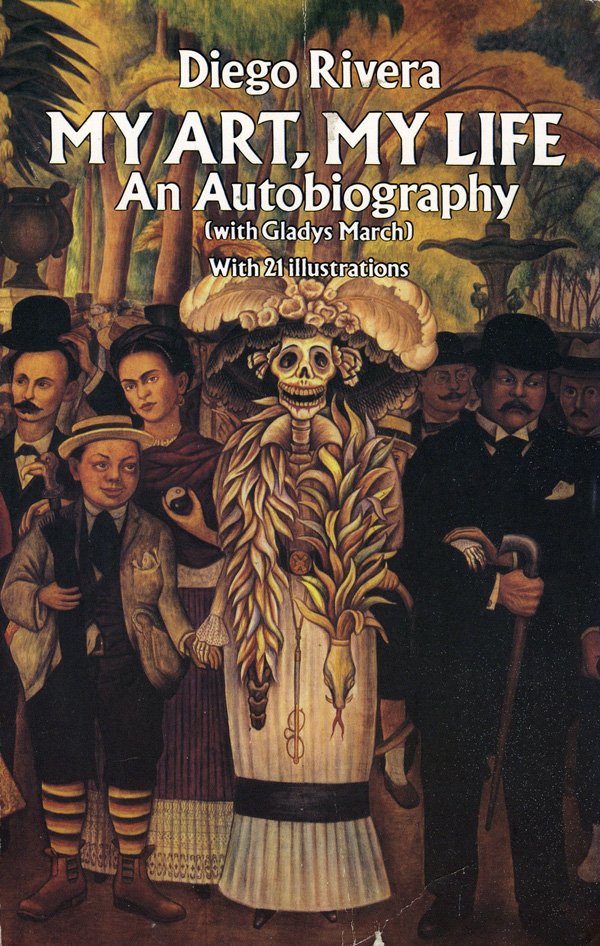 But nowhere does their uncommon love come more vibrantly alive than in Kahlo’s portrait of Rivera, written twenty years into their marriage for a catalog accompanying one of his major exhibitions and later included as an afterword to his autobiography, My Art, My Life (public library). In just a few wholehearted, wholebodied paragraphs, she captures the enormity of their love. Her sincere humanity radiates a testament to the enormity of all love as a transfiguring force, the ultimate wellspring of beauty and grace.

I warn you that in this picture I am painting of Diego there will be colors which even I am not fully acquainted with. Besides, I love Diego so much I cannot be an objective speculator of him or his life… I cannot speak of Diego as my husband because that term, when applied to him, is an absurdity. He never has been, nor will he ever be, anybody’s husband. I also cannot speak of him as my lover because to me, he transcends by far the domain of sex. And if I attempt to speak of him purely, as a soul, I shall only end up by painting my own emotions. Yet considering these obstacles of sentiment, I shall try to sketch his image to the best of my ability.

Under the wildly affectionate gaze of her sketch, Rivera — a man physically unattractive by our culture’s conventional standards of beauty — is transformed into an exquisite, magical, almost supernatural creature. We are left with a bone-deep awareness that the true splendor of a human being, as Ursula K. Le Guin so elegantly demonstrated a generation later, is something quite different from “beauty.” What emerges is ultimately a portrait less of Rivera than of Kahlo’s own astonishing capacity for love and beauty in the largest possible sense. 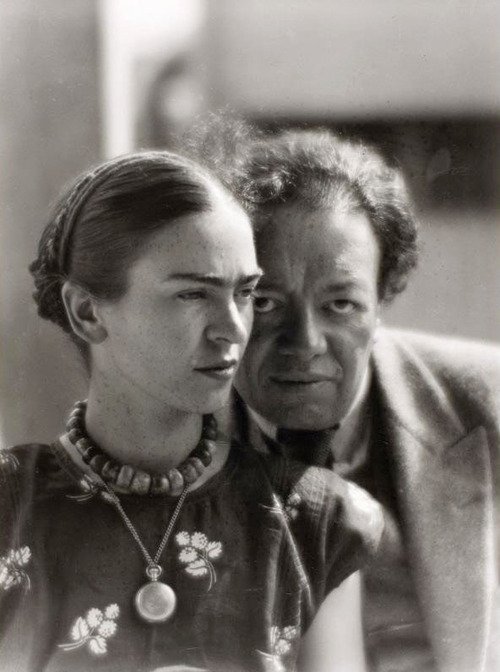 Growing up from his Asiatic-type head is his fine, thin hair, which somehow gives the impression that it is floating in air. He looks like an immense baby with an amiable but sad-looking face. His wide, dark, and intelligent bulging eyes appear to be barely held in place by his swollen eyelids. They protrude like the eyes of a frog, each separated from the other in a most extraordinary way. They thus seem to enlarge his field of vision beyond that of most persons. It is almost as if they were constructed exclusively for a painter of vast spaces and multitudes. The effect produced by these unusual eyes, situated so far away from each other, encourages one to speculate on the ages-old oriental knowledge contained behind them.

On rare occasions, an ironic yet tender smile appears on his Buddha-like lips. Seeing him in the nude, one is immediately reminded of a young boy-frog standing on his hind legs. His skin is greenish-white, very like that of an aquatic animal. The only dark parts of his whole body are his hands and face, and that is because they are sunburned. His shoulders are like a child’s, narrow and round. They progress without any visible hint of angles, their tapering rotundity making them seem almost feminine. The arms diminish regularly into small, sensitive hands… It is incredible to think that these hands have been capable of achieving such a prodigious number of paintings. Another wonder is that they can still work as indefatigably as they do.

Diego’s chest — of it we have to say, that had he landed on an island governed by Sappho, where male invaders were apt to be executed, Diego would never have been in danger. The sensitivity of his marvelous breasts would have insured his welcome, although his masculine virility, specific and strange, would have made him equally desired in the lands of these queens avidly hungering for masculine love.

His enormous belly, smooth, tightly drawn, and sphere-shaped, is supported by two strong legs which are as beautifully solid as classical columns. They end in feet which point outward at an obtuse angle, as if moulded for a stance wide enough to cover the entire earth.

He sleeps in a foetal position. In his waking hours, he walks with a languorous elegance as if accustomed to living in a liquefied medium. By his movements, one would think that he found air denser to wade through than water. 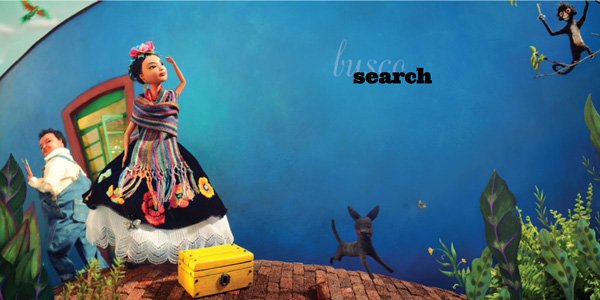 He is eternally curious and, at the same time, an eternal conversationalist. He can paint for hours and days without resting, talking while he works. He talks and argues about everything, absolutely everything, like Walt Whitman, with all who want to listen to him. His conversation is always interesting. He says phrases that amaze you — sometimes they hurt you, other times they move you, but the person who listens is never left with a feeling of fruitlessness or emptiness. His words make one tremendously uncomfortable because they are live and true. His raw concepts weaken or disorient those who listen to him because they don’t agree with the already established morals; thus, they always break the bark to let new blossoms come out; they wound to let new cells grow.

At the very end of the piece, Kahlo addresses that gruesome yet all too common human tendency to judge other loves from the outside — a violent flattening of the nuance and dimension and enormous richness that exist between two people, perceptible to them alone. She writes:

Perhaps it is expected that I should lament about how I have suffered living with a man like Diego. But I do not think that the banks of a river suffer because they let the river flow, nor does the earth suffer because of the rains, nor does the atom suffer for letting its energy escape. To my way of thinking, everything has its natural compensation.

Complement My Art, My Life with Mary Oliver’s equally, very differently beautiful tribute to the love of her life, then revisit Kahlo’s illustrated love letters to Rivera.