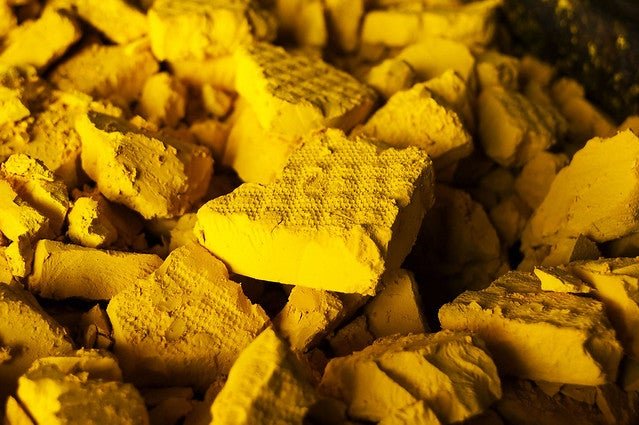 A photo of yellow cake uranium, a solid form of uranium oxide produced from uranium ore. Yellow cake must be processed further before it is made into nuclear fuel. Courtesy of Energy Fuels Inc.

Since the German chemist Martin Heinrich Klaproth identified uranium in 1789, atomic number 92 has become one of the most troubling substances on the planet. It’s naturally radioactive, but its isotope uranium-235 also happens to be fissile, as Nazi nuclear chemists learned in 1938, when they did the impossible and split a uranium nucleus in two. American physicists at U.C. Berkeley were soon to discover they could force uranium-238 to decay into plutonium-239; the substance has since been used in weapons and power plants around the world. Today [this article was written in 2019], the element continues to stoke international tensions as Iran stockpiles uranium in defiance of an earlier treaty, and North Korea’s “Rocket Man” leader Kim Jong-un continues to resist denuclearization.

But what is uranium, exactly? And what do you need to know about it beyond the red-hot headlines? Here we answer your most pressing nuclear questions.

Where does uranium come from?

Uranium is a common metal. “It can be found in minute quantities in most rocks, soils, and waters,” geologist Dana Ulmer-Scholle writes in an explainer from the New Mexico Bureau of Geology and Mineral Resources. But finding richer deposits—the ones with concentrated uranium actually worth mining—is more difficult.

When engineers find a promising seam, they mine the uranium ore. “It’s not people with pickaxes anymore,” says Jerry Peterson, a physicist at the University of Colorado, Boulder. These days, it comes from leaching, which Peterson describes as pouring “basically PepsiCola—slightly acidic” down into the ground and pumping the liquid up from adjacent holes. As the fluid percolates through the deposit, it separates out the uranium for harvesting. 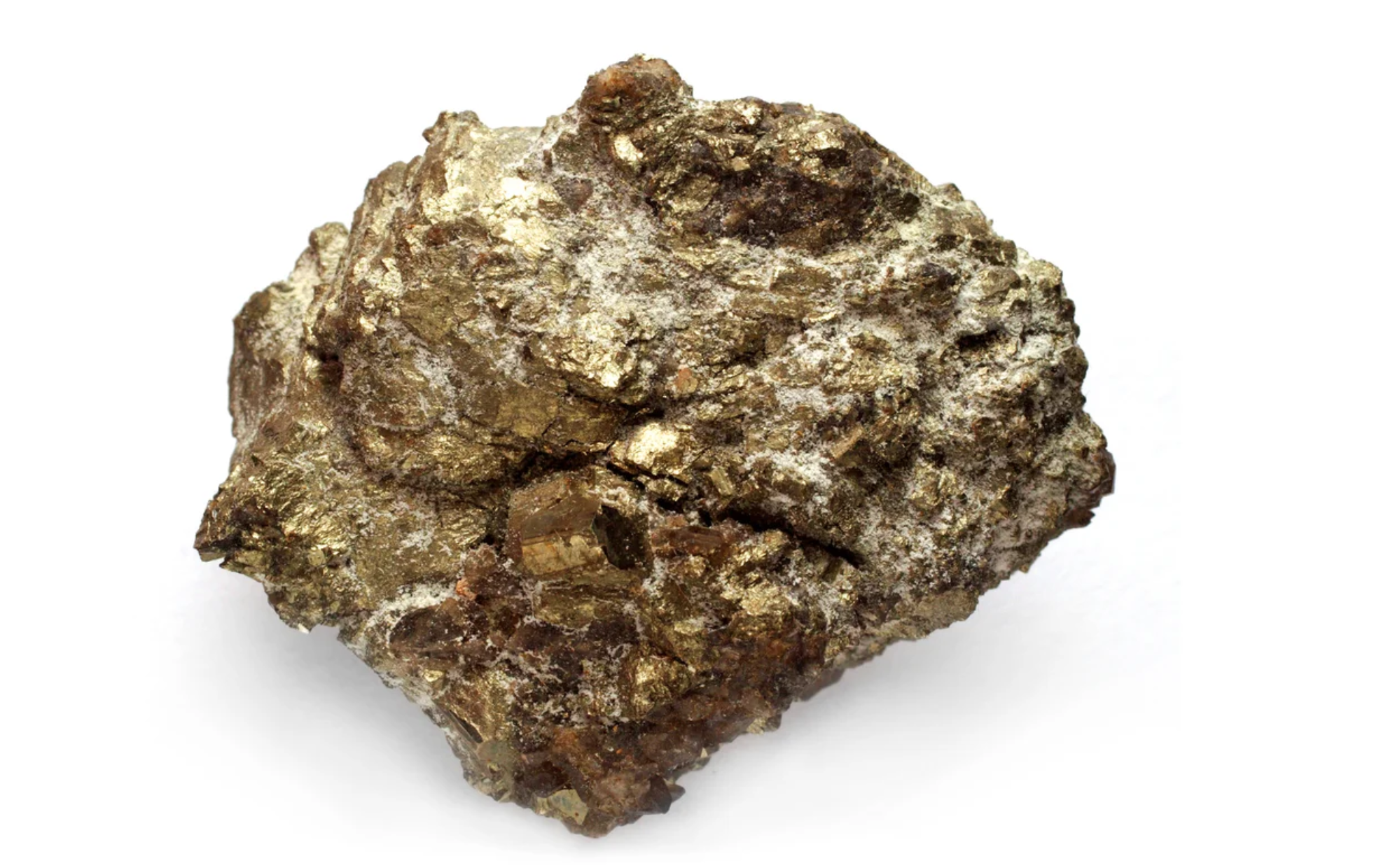 What are the different types of uranium?

Uranium has several important isotopes—different flavors of the same substance that vary only in their neutron count (also called atomic mass). The most common is uranium-238, which accounts for 99 percent of the element’s presence on Earth. The least common isotope is uranium-234, which forms as uranium-238 decays. Neither of these products are fissile, meaning their atoms don’t easily split, so they can’t sustain a nuclear chain reaction.

That’s what makes the isotope uranium-235 so special—it’s fissile, so with a bit of finessing, it can support a nuclear chain reaction, making it ideal for nuclear power plants and weapons manufacturing. But more on that later.

There’s also uranium-233. It’s another fissile product, but its origins are totally different. It’s a product of thorium, a metallic chemical much more abundant than uranium. If nuclear physicists expose thorium-232 to neutrons, the thorium is liable to absorb a neutron, causing the material to decay into uranium-233.

Just as you can turn thorium into uranium, you can turn uranium into plutonium. Even the process is similar: Expose abundant uranium-238 to neutrons, and it will absorb one, eventually causing it to decay to plutonium-239, another fissile substance that’s been used to create nuclear energy and weapons. Whereas uranium is abundant in nature, plutonium is really only seen in the lab, though it can occur naturally alongside uranium.

How do you go from a rock to a nuclear fuel source?

People don’t exactly lay out step-by-step guides to refining nuclear materials. But Peterson got pretty close. After you’ve extracted uranium from the earth, he says chemical engineers separate the uranium-rich liquid from other minerals in the sample. When the resulting uranium oxide dries, it’s the color of semolina flour, hence the nickname “yellowcake” for this intermediate product.

From there, a plant can purchase a pound of yellowcake for $20 or $30. They mix the powder with hydrofluoric acid. The resulting gas is spun in a centrifuge to separate from uranium-238 and uranium-235. This process is called “enrichment.” Instead of the natural concentration of 0.7 percent, nuclear power plants want a product that’s enriched to between 3 and 5 percent uranium-235. For a weapon, you need much more: These days, upwards of 90 percent is the goal.

Once that uranium is enriched, power plant operators pair it with a moderator, like water, that slows down the neutrons in the uranium. This increases the probability of a consistent chain reaction. When your reaction is finally underway, each individual neutron will transform into 2.4 neutrons, and so on, creating energy all the while. 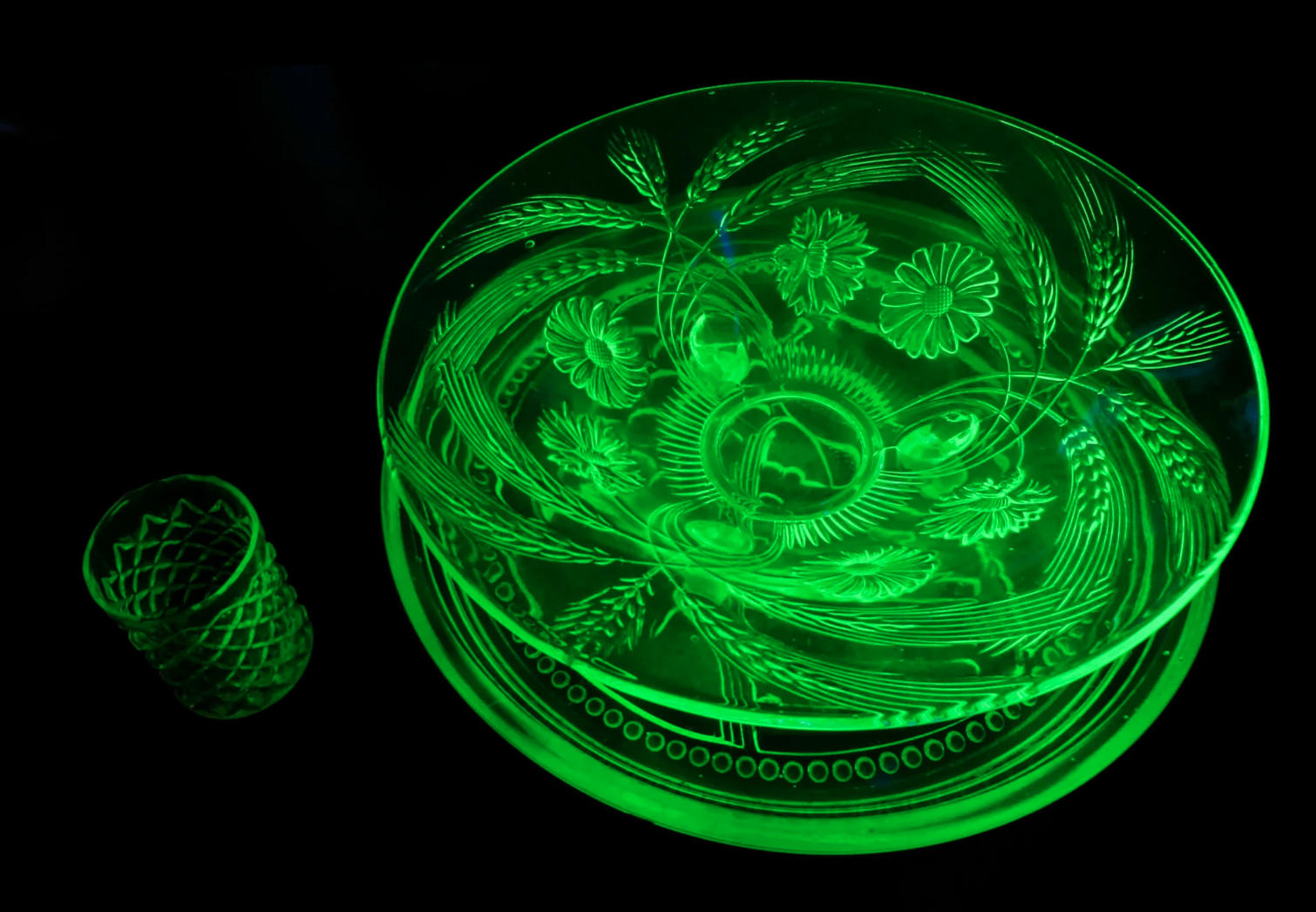 Any fun facts I should take with me to my next dinner party?

Try this: In PopSci‘s “Danger” issue from 2019, David Meier, a research scientist at Pacific Northwest National Lab, talked about his work to create a database of plutonium sources. Turns out, every plutonium product has a visible origin story, because “there’s not one way of processing it,” Meier says. The United States had two plutonium production sites. While the intermediate product from Hanford, Washington (the Manhattan Project site from which PNNL grew) was brown and yellow, the Savannah River site in Akon, South Carolina, produced “a nice blue material,” Meier says. Law enforcement officials hope these subtle differences—which may also correspond to changes in the chemical signature, particle size, or shape of the material—will one day help them track down illicit nuclear development.

Or, dazzle your guests with a short history of radioactive dinnerware. The manufacture of uranium glass, also called canary glass or Vaseline glass began in the 1830s. Before William Henry Perkin created the first synthetic color in 1856, dyes were terribly expensive and even then they didn’t last. Uranium became a popular way to give plates, vases, and glasses a deep yellow or minty green tinge. But put these household objects under a UV light and they all fluoresce a shocking neon chartreuse. Fortunately for the avid collectors who actively trade in uranium glass, most of these objects aren’t so radioactive as to pose a risk to human health.

Last one: In 2002, the medical journal The Lancet published an article on the concerning potential for depleted uranium—the waste leftover after uranium-235 extraction—to end up on the battlefield. The concern is that its high density would make it an incredible projectile, capable of piercing even the most well-enforced battle tank. Worse yet, it could then contaminate the surrounding landscape and anyone it.