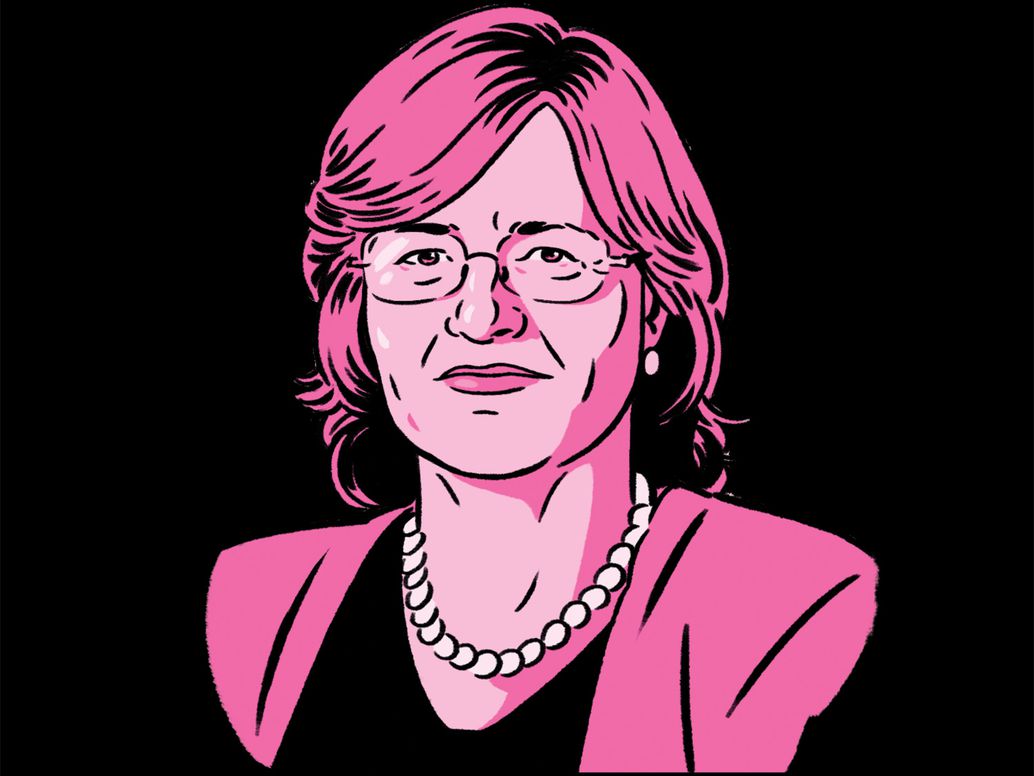 On a sweltering day in ­Pasadena, California, geolo­gist Lucy Jones stands above a steep, dry river­bed ­over­looking Los Angeles County. To the southwest, LA sprawls out to the Hollywood Hills. Jones, whose ­demeanor is as sunny as the sky, sees an abundance of disaster.

“Here’s your Southern California ­issue,” she says, pacing the trailhead that leads to a quarry below. “You’ve got earthquakes that push up the mountains. That traps the rain, but then erosion brings [the mountains] back down.” In other words, the quakes build them up and the rains wash them away. Jones points to what looks like a healthy bush in the ravine. It’s actually a willow tree, nearly up to its leafy crown in 6 feet of dirt. Rubble and soil slid there after a 2009 wildfire burned 160,000 acres, destroyed more than 200 buildings, displaced more than 10,000 people, and denuded these slopes. With nothing to hold back the earth, storms sent slurries of rock and mud downhill, further ravaging the landscape.

Fires, earthquakes, and landslides are interconnected forces that shape this topography. They are as intertwined as the web of geological faults that lie beneath LA County. The biggest of those, the San Andreas, is never far from Jones' mind. No one knows when it will move, but this tectonic boundary one day will—and shake all of Southern Cali­for­nia to its foundation. Experts predict it will kill 1,800 people; rupture 966 roads, 21 railroads, and 32 aqueducts; down 141 power lines; damage 300,000 buildings; and leave millions of survivors cut off from criti­cal resources.

Jones wants people to understand that it doesn't have to be a complete disaster, not if we listen to her and her experts. Through her namesake Dr. Lucy Jones Center for ­Science and Society, she tries to ­persuade officials and community organizers to prepare for the worst. Her fixes range from the simple, such as attaching furniture to walls, to the complex, including retrofitting homes with wall braces, bolting office buildings to their foundations, and even installing shock absorbers, called base isolators, that will keep a structure from shaking too much.

Such adaptations can be expensive but will add up to more-resilient communities. “We have to accept that it’s going to cost some money for a common good,” Jones says.

Jones is not new to this line of work. For 30 years, she toiled as an LA-​­based seismolo­gist with the United States Geological Survey. There, she served as a calming voice to her fellow Angelenos. Each time the city quaked, TV crews showed up at her office to have her explain what had happened. Strangers stopped her at the grocery store with questions. An AC repairman sent to her office was elated to meet her. “What makes her different from other technocrats is she can understand what people outside her discipline are telling her very quickly, and she can extract the stuff that you really need to know,” says Keith Porter, a civil engineering professor at the University of Colorado at Boulder. “I can’t think of five people who have the ability to distill information the way she does. She’s up there with Stephen Jay Gould and Neil ­deGrasse Tyson.” 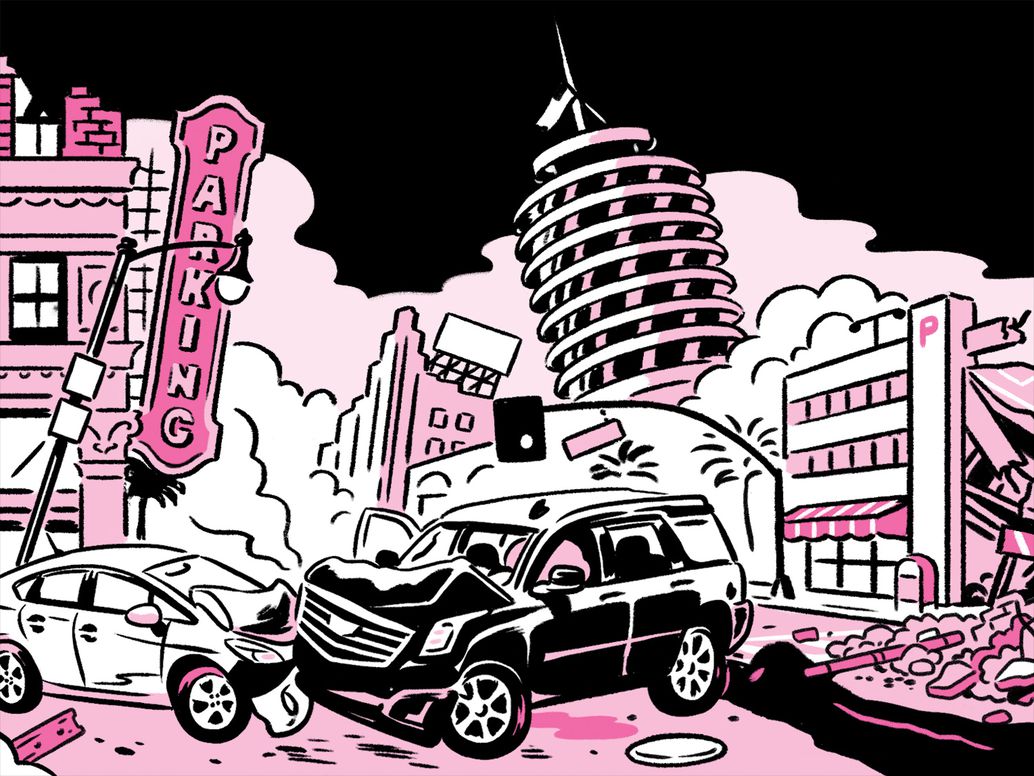 We are in this together.

Jones developed the skill of ­helping different communities understand each other early in her career. She was one of the first ­geo­lo­gists allowed into China during the 1970s to study the ­dynamics of temblors there. Later, she began advising groups like the Federal Emergency Management Agency and municipal authorities in California on earthquake preparation. That requires navigating what in her mind is a demilitarized zone between politics and science. She must shuttle facts to politicians, avoiding her own opinions in order to help ­others shape policy. “You have to get right up to the edge to help,” she says. “As a citizen, I look at the information, and I know what I want my elected officials to do. But I’m not elected to do that.”

In 2008, after city and emergency planners told her they needed help convincing people of the danger underfoot, she released the Great Southern California ShakeOut report. Drawing on computer models and the expertise of more than 300 ­scientists in engineering, seismology, public health, and economics, the 300-page account simulated the effects of a magnitude 7.8 quake. Using animations, diagrams, and graphs, it depicted a Hollywood-worthy scenario: Buildings fall, highways buckle, gas lines erupt, power lines tumble, 1,600 fires burn, 1,800 people die, and 50,000 more are injured.

The vivid account galvanized the public and convinced 5.5 million people in Southern Cali­fornia to take part in a massive earthquake practice run. Her drills taught people to drop, cover, and hold on. (Last year, 18 million people around the world participated.) In her last years at the USGS (she retired in 2016), Jones worked with the LA mayor’s office as it spearheaded landmark legislation requiring ­owners of vulnerable wood and concrete buildings to retrofit them so the people inside would be able to make it out of a seismic shake alive. More than a dozen other California cities have done the same or are trying to.

But escaping a building with your life, says Jones, is not enough. If our homes and offices stand, but we can’t go back in because of dangerous cracks, where do you live and how do you work? It’s a situation that could devastate lives as well as LA’s economy. “Why is that ­acceptable?” Jones asks, incredulous.

So, in 2018, testifying at the State ­Capitol, Jones successfully encouraged California lawmakers to pass legislation that would lay out strict standards for the habitability of all new construction. A state-appointed committee would draft the requirements. The group would have until 2022 to figure out a number of key factors: What level of damage is acceptable for a building to remain functional after a quake? And should such standards be mandatory or voluntary?

Jones has since busied herself promoting The Big Ones, a book she published this year about the lessons of past disasters, from Pompeii's volcanic eruptions to Hurricane Katrina's wind and rain. As she travels from LA to places such as the U.K. and New Zealand—­advising communities on how to get ready for hurricanes, tsunamis, floods, and earthquakes—Jones is determined to change one piece of ­infrastructure that requires no political ­action: ­human networks.

“Traditional preparedness messaging tends to be very isolating,” Jones says. “It says: ‘You’re going to be on your own; nobody’s going to be there to help you. You need to take care of your family.’” There’s an implicit message that your neighbor might become your enemy. Jones says just the opposite is true, and you should start planning with others. “You have networks with parents at your child’s school,” she says. “There are faith communities and social organizations. There’s your network. They’re a forgotten target on getting ready for an earthquake.”

In other words, we’re all in this together, which is why making sure schools, churches, city halls, and homes are strong is so vitally important now, while we still have time.