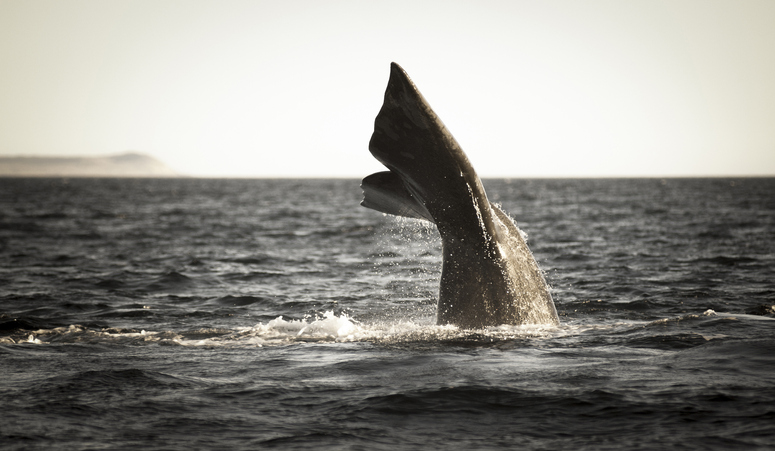 Mating North Atlantic right whale. Whales are among the many animals known to be highly cultural. Photo by Foto4440/Getty Images

At the peak of the whaling industry, in the late 1800s, North Atlantic right whales were slaughtered in their thousands. With each carcass hauled on to the deck, whalers were taking more than just bones and flesh out of the ocean. The slaughtered whales had unique memories of feeding grounds, hunting techniques and communication styles; knowledge acquired over centuries, passed down through the generations, and shared between peers. The critically endangered whale clings on, but much of the species’ cultural knowledge is now extinct.

Whales are among the many animals known to be highly cultural, says Prof Hal Whitehead, a marine biologist at Dalhousie University. “Culture is what individuals learn from each other, so that a bunch of individuals behave in a similar way,” he says.

North Atlantic right whales are no longer found in many of their ancestral feeding grounds. Whitehead suspects this may be because the cultural knowledge of these places was lost when populations were wiped out by whaling. This loss could spell trouble for the species if human activity degrades their remaining feeding grounds, making it hard for the whales to predict where good hunting is. “The more possible feeding grounds they have, the more likely they are to find somewhere they can get the food they need,” he says.

Animal culture is not limited to the ocean. Birds, bees, naked mole-rats, fish and even fruit flies are among those that have been found to learn socially and create cultures. As the list grows, researchers are starting to understand animal culture as critical to many conservation efforts.

Whitehead was an early voice calling for animal culture to be taken seriously in conservation. This is because cultural diversity gives a species a larger behavioural toolkit when facing new challenges, he argues. “We recognise this with humans, that the diversity of our cultures is a strength.”

Whitehead is a member of the Committee on the Status of Endangered Wildlife in Canada, a body that decides which species are endangered. “The most difficult thing we do is to decide how to divide a population of a species up,” he says. With caribou, for example, plains caribou are doing better than mountain caribou. “Do we assess the mountain caribou differently from the others?” Whitehead asks.

Typically, this decision is made by assessing how genetically different the groups are. “One of the things I’ve been pushing is the idea that cultural information is also important.”

Conservation efforts aim to maintain a species’ diversity, as diversity aids survival. Species diversity can be “what it does, how it looks, its physiology and so on”, says Whitehead. “A lot [of the diversity] is genetically determined but some of it is culturally determined.”

The behaviours a population displays can have a significant impact on the environment they live in. “If we lost all the mountain caribou, it might change the ecology of a bunch of mountain tops,” says Whitehead.

Whitehead’s research into whale culture provided a lightbulb moment for Philippa Brakes, a research fellow at Whale and Dolphin Conservation. Brakes, a PhD student at the University of Exeter, published a paper with colleagues in April, which argues that conservation efforts should consider how culture affects reproduction, dispersal and survivorship.

“If you remove individuals who have knowledge, through hunting for example, that can have a much wider knock-on effect than just minus one from your population.”

However, when a population has lost its cultural knowledge, there may be circumstances where it can be reignited.

If a human was removed from their home, stripped of everything they had ever learned from others and then plonked back, they would not survive long without support. The same seems to be true for golden lion tamarins, a small monkey from Brazil.

By the early 1970s, habitat destruction and the pet trade had reduced the golden lion tamarin population to as few as 200 individuals. Captive breeding, overseen by 43 institutions in eight countries, increased their numbers to the point that conservationists were able to reintroduce the tamarins into the wild from 1984. But initially, the reintroduced tamarins had a low survival rate, with problems with adaptation to the new environment causing the majority of losses. High casualties are typical of such efforts, says Brakes.

So the tamarin researchers developed an intensive post-release programme, including supplementary feeding and the provision of nest sites, giving the monkeys time to learn necessary survival skills for the jungle. This helping hand doubled survival rates, which was a good start. However, it was not until the next generation that the species began to thrive. “By giving them the opportunity to learn individually in the wild and share that knowledge, the next generation of tamarins had a survival rate of 70%, which is just amazing,” says Brakes. The intensive conservation efforts paid off, and in 2003 the golden lion tamarin was upgraded from critically endangered to endangered.

Although this research is promising, animal cultures are becoming extinct faster than they are being reignited, says Brakes.

“We are just starting to understand what culture is in other species and just starting to develop methods for measuring and analysing culture, as we are seeing it disappear before our eyes.”