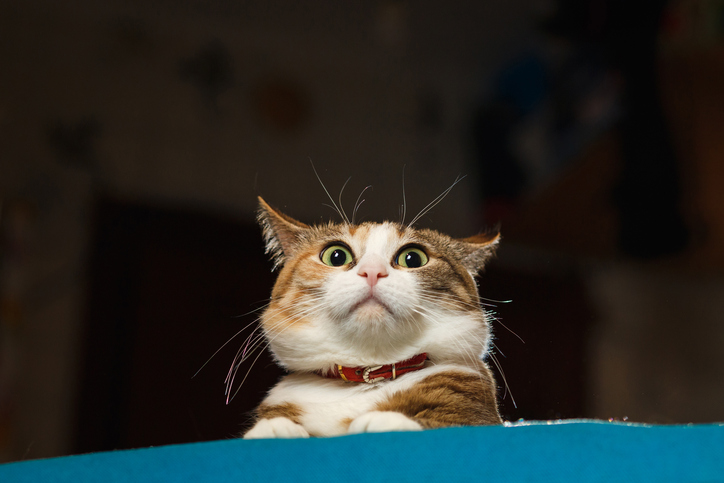 “I've found that neurotic extraverts tend to be more confused about their own personality than anyone else.” — Personality neuroscientist Colin DeYoung

I have a little personality test for you:

Don’t fret: you may just be a neurotic extravert.

My whole life I’ve been very confused about my personality. I’ve felt as though I didn’t quite fit into any of the preconfigured labels that people constantly throw around. When I read Susan Cain's delightful book Quiet, I resonated with so many of her descriptions of introverts (e.g., reflective, cerebral, sensitive, imaginative, solitude-seeking), but not so much with others (e.g., shy, risk-averse, serious, subtle, calm).* On the one hand, I really do love the world of ideas and imagination, and do often need to recharge my batteries because the environment can quickly drain my energy. On the other hand, I really do also have a lot of enthusiasm and zest for life, wide interests, and love being out there in the world. So what am I??!!

After many years of reading scientific papers and conducting my own research on the science of personality, I think I have finally figured it out. I think I'm ready to come out of the closet. I’m a neurotic extravert.

Let’s be clear: this profile is in the minority. Which is why life can be a very confusing place for people like us. Research shows over and over again that in the general population (i.e., for most people), introversion is positively correlated with neuroticism (typically at around the .30 level). This means that there is a tendency among large groups of people for those who are more introverted to also be more neurotic. But science only captures tendencies, trends, patterns. There is lots of wiggle room for all sorts of personalities to exist in this world, including neurotic extraverts and emotionally stable introverts.

I decided to write this deeply personal post with the hope that I can offer insight and compassion to my fellow neurotic extraverts who fit this profile. While we may be in the minority, I want you to know that there are many of us out there.

What does it scientifically mean to be a neurotic extravert? To get to the bottom of this, let’s look at what we know about each of these fundamental dimensions of personality (which we share with other animals), using the latest tools of personality science.

First, let’s consider extraversion. Extraverts are outgoing, sociable, adventurous, excitement-seeking, assertive, enthusiastic, expressive, self-disclosing, joyful, spunky, talkative, energetic, and active. The common theme here is behavioral exploration. Well, a particular type of behavioral exploration. Extraverts have a stronger drive to engage with the external world, engaging more in social interactions and social activities and generally being more physically active (e.g., playing sports, dancing, running around, planning parties, exercising, etc.). Extraversion is fueled by dopamine, particularly through the reward circuits of the brain that cause us to get excited by the possibility of rewards in the environment (but which don't guarantee that we'll actually enjoy what we get).

There are many popular misconceptions about the extraversion-introversion dimension of personality. The opposite of extraversion is not shyness, social inhibition, sensitivity, or even increased imagination. Those are all false dichotomies. The opposite of extraversion is simply reserved/quiet/deliberate. That's it. On average, introverts prefer a quiet environment than being out and about all the time, and prefer a bit more time to respond to external input. These aren't absolutes, of course, but merely tendencies. Every now and then an introvert may enjoy hitting the town and getting wild and crazy, and sometimes an extravert may really enjoy staying in an embracing solitude. Personality variation has more to do with behavioral tendencies and inclinations, not absolute behaviors. It's so important for anyone across this spectrum to get out of their comfort zone every now and then!

Also, contrary to popular myth, both introverts and extraverts can be imaginative, introspective, intellectual, and thoughtful. Just because you have a strong desire to engage with the outer world, or seek out new adventures, doesn’t mean that you can't also have a strong desire to engage with your inner world. It's best to think of the drive for cognitive exploration as a separate dimension of personality that can interact with the extraversion-introversion dimension (and perhaps create even further tension in one's personality structure).

There are benefits as well as disadvantages of being an extravert. Extraverts tend to have more mates and social allies, but they are also more prone to physical accidents, traumatic injury, and tend to have lower relationship stability because their high behavioral exploration tends to get them into trouble. Extraverts also score high in sensation seeking, reflecting a “willingness to take risks for the sake of excitement or novel experiences”. Interestingly, while people scoring high in sensation seeking seek out risks for fun (e.g., drinking, roller coasters, gambling), they usually do not regret their decisions afterwards and their behavior rarely leads to serious problems unless they are also high in other forms of impulsivity. So the link between extraversion and sensation seeking is not necessarily a problem for extraverts.

Now, let’s take a look at neuroticism. Neurotic people are anxious, nervous, worrying, ruminative, overthinking, moody, temperamental, self-conscious, and self-critical. The common theme here is sensitivity to threats/danger— not just for threats in their immediate perception, but neurotic people are wired so that their brains are constantly feeding them nagging concerns. These concerns can come from memory of past experiences, but can also come from an overactive neurotic imagination that constantly computes all of the possible ways something could go wrong in the future. It’s as if the neurotic brain was designed by a Jewish Mother.

The opposite of neuroticism is calm/tranquil. Those who score low in neuroticism are emotionally stable and don’t tend to ruminate over every little thing. They don’t sweat the small stuff. Neuroticism is influenced by serotonin, a neurochemical which in low supply causes neurotic people to be much quicker to activate their fight or flight response and hit panic mode.

It's SO important to realize that the biological cause for social withdrawal differs between neurotic people and introverts. The reason why introverts prefer quiet over excitement is simply because they are less energized by environmental stimulation (due to their dopaminergic reward system being less active on average). For neurotic people, however, they frequently need to recharge their batteries because they are quickly frazzled and overwhelmed by their environment. Being so emotionally sensitive and deeply affected by the world can be a very draining experience.

There are benefits as well as disadvantages of being a neurotic person. Some of the greatest thinkers in the history of human intellectual thought were highly neurotic people. Think Nietzsche, Dostoyevsky, and Darwin. Neuroticism can be conducive to deep thinking, thoughtful thinking, and insightful thinking. In fact, recent research suggests that the combination of positive and negative emotions may be most conducive to creativity. Neurotic people are also more vigilant to danger, and are generally more aware of potential threats and dangers.

On the other hand, neuroticism is also associated with the imposter phenomenon, stress, anxiety, depression, and impaired physical health. In terms of impulsivity, neuroticism is associated with a sense of urgency, reflecting “the tendency to experience strong impulses, frequently under conditions of negative affect” that often lead to “impulsive behaviors in order to alleviate negative emotions despite the long-term harmful consequences of these actions.”

Therefore, neuroticism is more strongly linked to impulsivity in the traditional sense than extraversion. Whereas extraverts tend to take exciting risks because they want to, neurotic people tend to do impulsive things to help reduce their anxiety but then soon regret their behavior.

While extraversion and neuroticism are two separate dimensions of personality, a minority of people really do score high on both.* So what's its like to be a neurotic extravert? I’m going to be completely honest here (and will most certainly regret it later). It feels like I am constantly being pulled in two directions, as if one part of me is constantly saying GO GO GO and the other part of me is constantly saying BE CAREFUL BE CAREFUL BE CAREFUL. It can be absolutely maddening!

I am enthusiastic and excited by EVERYTHING, I smile at everyone I meet, joke with strangers, jump into any situation that looks interesting and exciting, and say just about anything that’s on my mind. Then I’ll spend the rest of the day obsessing over how I came across, whether I hurt anyone’s feelings, whether that was the best use of my time, whether I came across as stupid, blah, blah blah-- SHUT UP!!!!

While I already regret writing this post (because I'm a neurotic extravert), I hope it offered deeper insight for people who have long felt like a personality anomaly. I want you to know that you’re just as lovable as anyone else. So, to my fellow neurotic extraverts, I leave you with a call to embrace our motto:

Scott Barry Kaufman, Ph.D., is a humanistic psychologist exploring the depths of human potential. He has taught courses on intelligence, creativity, and well-being at Columbia University, NYU, the University of Pennsylvania, and elsewhere. He hosts The Psychology Podcast, and is author and/or editor of 9 books, including Transcend: The New Science of Self-Actualization, Wired to Create: Unravelling the Mysteries of the Creative Mind (with Carolyn Gregoire), and Ungifted: Intelligence Redefined. In 2015, he was named one of "50 Groundbreaking Scientists who are changing the way we see the world" by Business Insider. Find out more at http://ScottBarryKaufman.com. He wrote the extremely popular Beautiful Minds blog for Scientific American for close to a decade.

* I want to be clear: I absolutely support Susan Cain's mission to increase appreciation of many quiet strengths in society (e.g., solitude, imagination, creativity, sensitivity, humbleness, etc.). In this article I decided to explicitly distinguish between various personality traits (1) to highlight the multidimensionality of personality, (2) for the sake of comparison among characteristics, and (3) for the sake of presenting the latest science. When I hear Susan use the phrase "introversion", I immediately translate it in my head to mean "the constellation of characteristics that are more inward turning than outward turning". In that sense, we could all use to harness more of these quiet strengths.