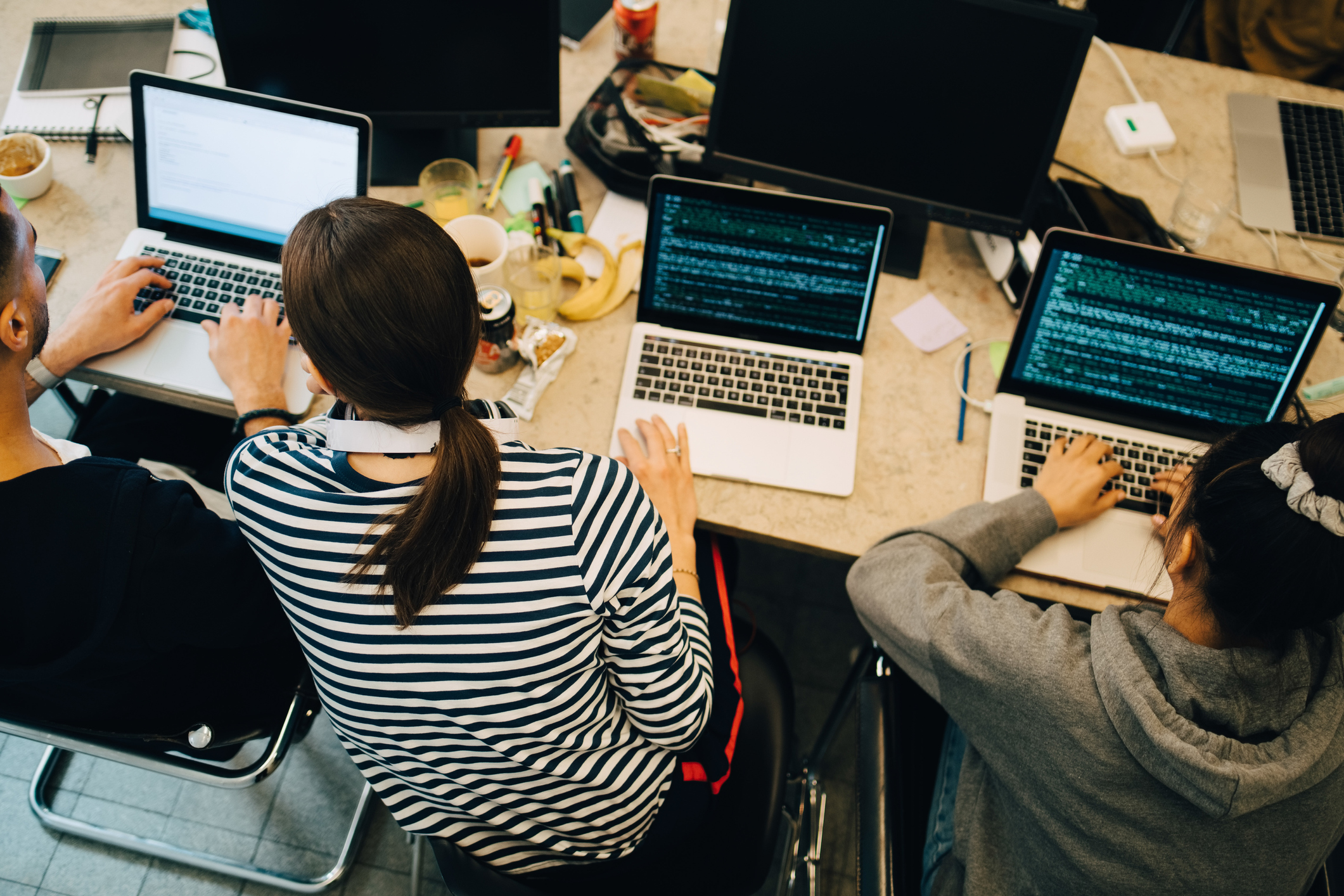 Programming computers is a piece of cake. Or so the world’s digital-skills gurus would have us believe. From the non-profit Code.org’s promise that ‘Anybody can learn!’ to Apple chief executive Tim Cook’s comment that writing code is ‘fun and interactive’, the art and science of making software is now as accessible as the alphabet.

Unfortunately, this rosy portrait bears no relation to reality. For starters, the profile of a programmer’s mind is pretty uncommon. As well as being highly analytical and creative, software developers need almost superhuman focus to manage the complexity of their tasks. Manic attention to detail is a must; slovenliness is verboten. Attaining this level of concentration requires a state of mind called being ‘in the flow’, a quasi-symbiotic relationship between human and machine that improves performance and motivation.

Coding isn’t the only job that demands intense focus. But you’d never hear someone say that brain surgery is ‘fun’, or that structural engineering is ‘easy’. When it comes to programming, why do policymakers and technologists pretend otherwise? For one, it helps lure people to the field at a time when software (in the words of the venture capitalist Marc Andreessen) is ‘eating the world’ – and so, by expanding the labour pool, keeps industry ticking over and wages under control. Another reason is that the very word ‘coding’ sounds routine and repetitive, as though there’s some sort of key that developers apply by rote to crack any given problem. It doesn’t help that Hollywood has cast the ‘coder’ as a socially challenged, type-first-think-later hacker, inevitably white and male, with the power to thwart the Nazis or penetrate the CIA.

Insisting on the glamour and fun of coding is the wrong way to acquaint kids with computer science. It insults their intelligence and plants the pernicious notion in their heads that you don’t need discipline in order to progress. As anyone with even minimal exposure to making software knows, behind a minute of typing lies an hour of study.

It’s better to admit that coding is complicated, technically and ethically. Computers, at the moment, can only execute orders, to varying degrees of sophistication. So it’s up to the developer to be clear: the machine does what you say, not what you mean. More and more ‘decisions’ are being entrusted to software, including life-or-death ones: think self-driving cars; think semi-autonomous weapons; think Facebook and Google making inferences about your marital, psychological or physical status, before selling it to the highest bidder. Yet it’s rarely in the interests of companies and governments to encourage us to probe what’s going on beneath these processes.

All of these scenarios are built on exquisitely technical foundations. But we can’t respond to them by answering exclusively technical questions. Programming is not a detail that can be left to ‘technicians’ under the false pretence that their choices will be ‘scientifically neutral’. Societies are too complex: the algorithmic is political. Automation has already dealt a blow to the job security of low-skilled workers in factories and warehouses around the world. White-collar workers are next in line. The digital giants of today run on a fraction of the employees of the industrial giants of yesterday, so the irony of encouraging more people to work as programmers is that they are slowly mobilising themselves out of jobs.

In an ever-more intricate and connected world, where software plays a larger and larger role in everyday life, it’s irresponsible to speak of coding as a lightweight activity. Software is not simply lines of code, nor is it blandly technical. In just a few years, understanding programming will be an indispensable part of active citizenship. The idea that coding offers an unproblematic path to social progress and personal enhancement works to the advantage of the growing techno-plutocracy that’s insulating itself behind its own technology.

Walter Vannini is a digital consultant and researcher. He is interested in IT culture against technocrats and data governance, and is based in Milan, Italy.