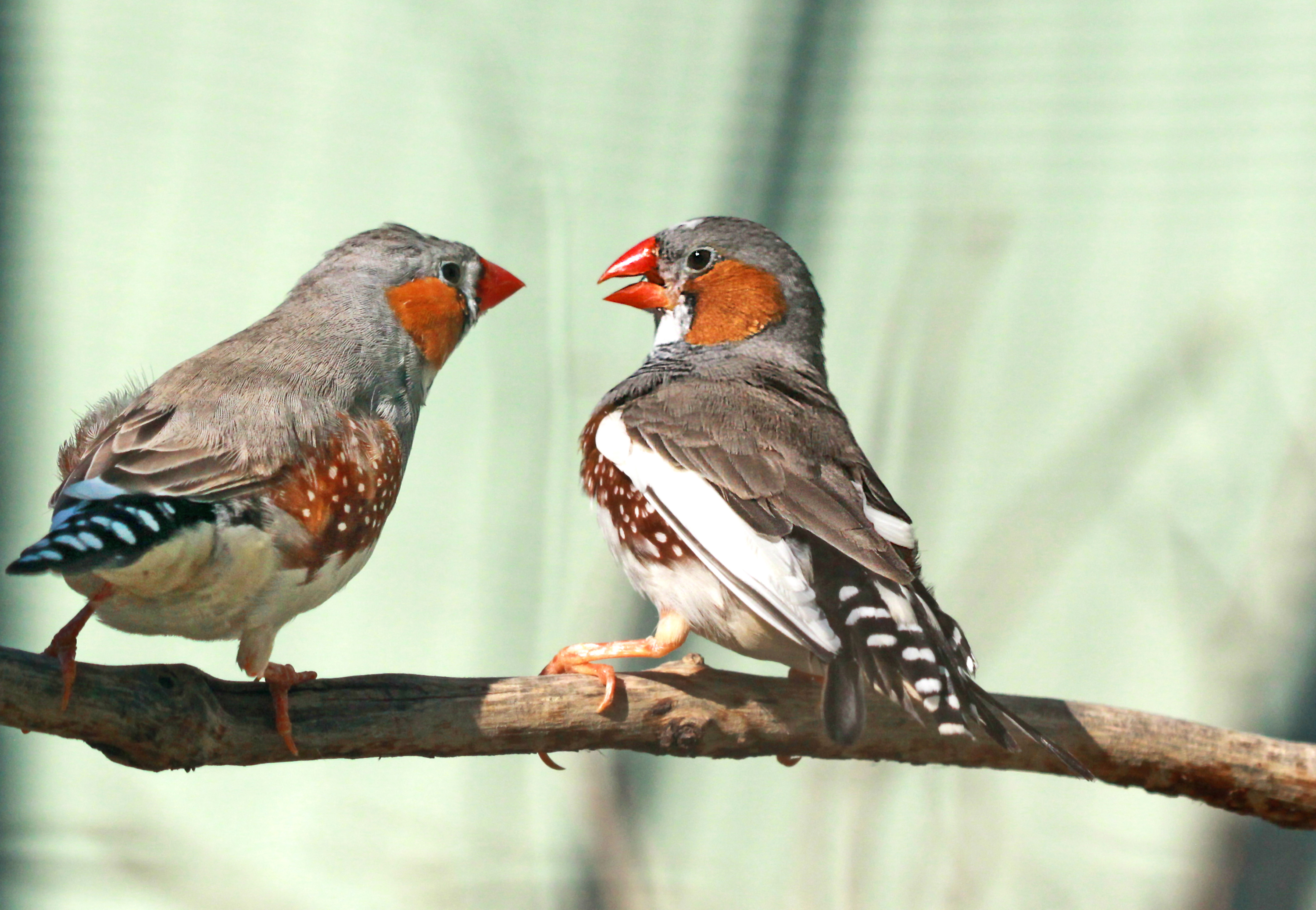 Birds feeling the heat from warming weather may be able give their offspring an early weather advisory right through the eggshell—which could in turn help baby birds prepare for the forecast.

A recent study shows that the songs zebra finches sing to their eggs late in development may give the young a head start in dealing with warm weather once they hatch.

Researchers have long known that birds like chickens or quails, which hatch fully capable of fending for themselves, can hear through their eggs—allowing them to imprint things like who their mother is. But or around 50 years, nobody believed anything happened inside the egg with birds that hatch dependent on their parents.

A 2016 study published in Science upends that wisdom, showing that certain zebra finch calls can change their young's growth and behavior in adulthood.

“This acoustic signal is potentially being used to program the development of offspring," says Kate Buchanan, an associate professor of animal ecology at Deakin University in Australia and the senior author of the new paper. “Hearing the call affects your rate of growth relative to the temperature that you experience.

“Animals have very subtle ways of inferring how the environment is likely to change, and (being able) to develop and adapt accordingly," she added. "We’re only looking at the tip of the iceberg in terms of what we recognize so far… It is quite paradigm-shifting.”

While researchers are just starting to understand this behavior, the implications may provide a rare instance of good news in terms of the ways animals can subtly adapt to a changing climate, she says.

Zebra finches live in the harsh, dry scrub environment of the Australian Outback. The females do most of the incubation, and the birds often mate for life, Buchanan says. The males are brightly colored, and the zebra finches are notorious songsters, a trait that makes them popular with pet owners and researchers, who have studied the pear-sized birds' speech patterns ad nauseam.

But despite so much attention, post-doctoral researcher at Deakin and lead author Mylene Mariette managed to find a new sound that nobody else had noticed before—probably due to the fact that it only pops up during the last few days of egg incubation when the conditions are right. Mariette had heard of incubation calling from previous research and believed what she was hearing might be related. Under Buchanan's supervision, she set about creating an experiment to test her theory.

Since researchers still aren't sure whether the male or female does the incubation call, they recorded the sounds of 61 male and 61 female zebra finches nesting in outdoor bird cages under natural temperatures. Strangely, the birds only seemed to make this special noise when the temperature climbed above 78 F.

Researchers then took finch eggs into an incubation chamber at a constant temperature (they replaced the ones in the nest with false eggs) and played back different sounds to two different groups of eggs during the last three to five days of incubation. Once the birds hatched, they placed them back in the outdoor finch nests, and found that their growth and development differed based on whether or not they had heard the sounds while still in the egg.

When the temperature in the nest after hatching was higher, nestlings exposed to the incubation calls while in the egg tended to be smaller on average than hatchlings exposed to normal socialization sounds. Warmer temperatures have been correlated with smaller birds in many other species; being smaller may give them an advantage, because body size impacts thermoregulation and can reduce damage to the bird's molecules.

That isn't all. Buchanan says that the birds who heard the incubation call continued to show effects even into adulthood, choosing nests that were hotter on average than the zebra finches that didn't hear the special call. “Hearing that call before you even hatch affects your development, affects your growth rate, probably affects your vocalization and it affects your behavior and choice 100 or 200 days later when you go to nest yourself," she says.

Mark Hauber, a professor of animal behavior at the City University of New York, says that the paper is shocking, with major implications on how we understand early embryonic development and auditory learning in birds. “It’s so novel. It’s going to open up a brand new field of research,” he says.

Hauber contributed to some of the only other research on incubation calling, in which the authors found that fairy wrens train their chicks to make certain sounds when born so the parents can distinguish them from cuckoos, a parasitic bird that lays eggs in other birds' nests before skipping out on the childcare struggle. Cuckoos don't have the brain mechanism to learn to identify a song, so fairy wrens use incubation calling as a strategy to avoid raising the parasitic cuckoos.

“What was important about some of the more recent work is it showed that much of this learning already takes place inside the egg,” Hauber says.

Buchanan says that there are wide implications for the new research that go beyond zebra finches in terms of what kinds of information parents can pass onto their offspring in the embryonic stage. “It makes me wonder what signal babies are picking up before they are born, whether they are hearing their parents arguing or loud noises,” she says.

In terms of zebra finches, she notes that the birds breed opportunistically with regards to their unpredictable environment, laying eggs when conditions are right and possibly using this incubation call as a way to acclimatize to the shifting weather. She says that while the recent study shows how zebra finches may be able to cope with the changing climate, the birds wouldn't be able to cope with more extreme and sustained temperature increases.

Hauber says that more investigation is needed to understand how they might be able to adapt to climate change, but he finds the research that Buchanan and Mariette made is intriguing. “What it tells us is that a species that we’ve used as a model is still full of surprises," he says.

Joshua Rapp Learn is a D.C.-based journalist who writes about science, culture and the environment. He has crossed the Sahara Desert, floated down the Amazon River and explored in more than 50 countries.