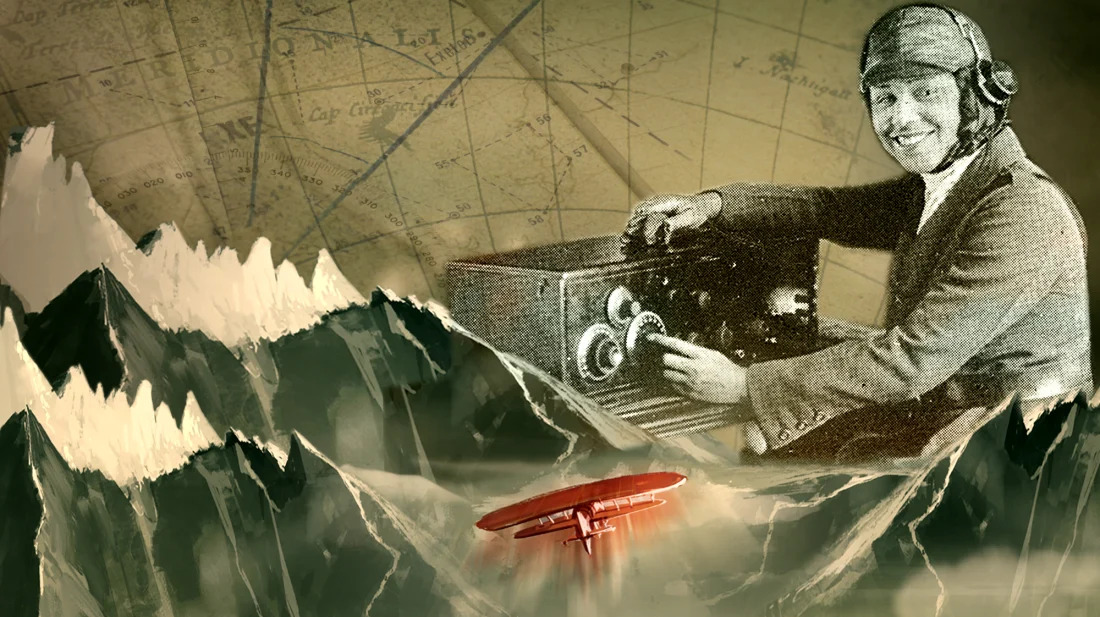 Early 20th century America didn’t offer many career paths to people like Bessie Coleman. It was a time when women were discouraged from working outside domestic spheres, and opportunities for women of African American and Native American descent were even more limited. When Coleman fell in love with the idea of flying planes, she knew that realizing her dream would be impossible in the United States—but instead of giving up, she moved to France to enroll in flight school. Less than a year later, she returned home as the first African American and the first Native American female pilot in aviation history.

Bessie Coleman was born to sharecroppers in Texas on January 26, 1892. She was one of 13 siblings, and like the rest of Coleman clan, she was expected to help pick cotton on the farm as soon as she was old enough. At 6 years old, she started walking to school: a one-room wooden shack located four miles from her house. Her classroom often lacked basic supplies like paper and pencils, and, like all schools in the region, it was segregated.

Despite less-than-ideal conditions, she excelled in class and continued her studies through high school. In 1901, her father, who was part black and part Cherokee, relocated to Native American territory in Oklahoma to escape discrimination in Texas, leaving Bessie and the rest of his family behind. She knew she couldn’t depend on her now single-parent family to contribute money toward her education, so to save for college, she went to work as a laundress.

After a year at the Colored Agricultural and Normal University—now Langston University—in Langston, Oklahoma, she dropped out when her tuition fund ran dry. Even though she was more educated than many women of the time, there were few opportunities for her in the South. At age 23, she followed her brothers to Chicago, which, though racially segregated, was slightly more welcoming to people of color than Texas had been. In Chicago, Coleman was able to mingle with influential figures in the African American community. She went to beauty school and became a manicurist in a local barbershop.

Chicago was also where she decided she wanted to learn how to fly.

Around the same time Coleman moved up north, World War I erupted in Europe. The conflict quickened the pace of technological advancement, including in aviation. For the first time in history, people around the world could watch fighter planes soar through the skies in newsreels and read about them in the papers. Coleman fell in love.

When her brother John returned home to Chicago after serving overseas, he gave her more material to fuel her daydreams. In addition to regaling her with war stories, he teased her about her new fantasy, claiming that French women were superior to local women because they were allowed to fly planes, something Bessie would never be able to do. He may have said the words in jest, but they held some truth: Female pilots were incredibly rare in the U.S. immediately following World War I, and black female pilots were nonexistent.

Coleman quickly learned that American flight instructors were intent on keeping things that way. Every aviation school she applied to rejected her on the basis of her race and gender.

Fortunately for Coleman, her brothers weren't her only source of support in Chicago. After moving to the city, she met Robert Abbott, publisher of the historic black newspaper The Chicago Defender and one of the first African American millionaires. He echoed John’s idea that France was a much better place for aspiring female pilots, but instead of rubbing it in her face, he presented it as an opportunity. Abbott viewed France as one of the world’s most racially progressive nations, and he encouraged her to move there in pursuit of her pilot's license.

Coleman didn’t need to be convinced. With her heart set on a new dream, she quit her job as a manicurist and accepted a better-paying role as the manager of a chili parlor to raise money for her trip abroad. At night she took French classes in the Chicago loop. Her hard work paid off, and with her savings and some financial assistance from Abbot and another black entrepreneur named Jesse Binga, she boarded a ship for France in November 1920.

Coleman was the only non-white person in her class at the Caudron Brothers' School of Aviation in Le Crotoy, France. Students were taught to fly using 27-foot-long biplanes that were known to stall in mid-air. One day, she even witnessed one of her classmates die in a crash. Describing the incident later on, she said, "It was a terrible shock to my nerves, but I never lost them."

Despite the risks, she pressed on with lessons, and after seven months of training, she received her aviation license from the Federation Aeronautique Internationale. She became both the first African American woman and the first Native American woman in the world to earn a pilot’s license.

Coleman completed some extra flight lessons in Paris and then boarded a ship bound for the United States. American news outlets were instantly smitten with the 29-year-old pilot. The Associated Press reported on September 26, 1921 that "Today [Coleman] returned as a full-fledged aviatrix, said to be the first of her race."

In the early 1920s, an aviatrix, or female aviator, was still a fairly new concept in America, and many of the most famous women flyers of the 20th century—like Laura Ingalls, Betty Skelton, and Amelia Earhart—had yet to enter the scene. Coleman's persistence helped clear the path for the next generation of female pilots.

But her success in France didn’t mark the end of her battle with racism. Bessie needed more training to learn the airshow tricks she now hoped to do for a living, but even with her international pilot's license and minor celebrity status since returning home, American flight schools still refused to teach her. Just a few months after landing in the U.S., Bessie went back to Europe—this time to Germany and the Netherlands as well as France to learn the barnstorming stunts that were quickly growing into one of the most popular forms of entertainment of the 1920s.

Upon her second homecoming in 1922, newspapers praised her once again, reporting that European aviators had dubbed her "one of the best flyers they had seen." Finally, she would be able to show off her skills in her home country. Robert Abbott, the newspaperman who helped fund her dream, sponsored her first-ever American airshow at Curtiss Field, Long Island, on September 3, 1922. She spent the next few years touring the country, thrilling spectators by parachuting, wing-walking (moving atop the wings of her biplane mid-flight), and performing aerial figure-eights.

Coleman had become a real celebrity, and she tried to use her prominence to help black people. She gave speeches on aviation to predominantly black crowds and planned to open her own flight school for African American students. She only performed for desegregated audiences—the one notable exception being a show in Waxahachie, Texas, the town where she lived for most of her childhood. Event organizers planned to segregate black and white guests and have them use separate entrances. Coleman protested and threatened to cancel the exhibition unless a single entrance was set up for everyone. Officials eventually agreed, though audience members were still forced to sit on separate sides of the stadium once they entered.

Just when it seemed her career was reaching new heights, it was cut short by tragedy. On April 30, 1926, she was riding with her mechanic William Wills in Jacksonville, Florida, in preparation for a show scheduled for the next day, when a wrench left in the engine caused the plane to spin out of control. Coleman hadn’t been wearing her seatbelt, and she was tossed from the passenger seat at 3000 feet above the ground. She died at age 34.

Bessie Coleman never achieved the same level of name recognition as some of her peers, but the impact she left on aviation history is undeniable. Even if they’ve never heard her name, Chicagoans living near Lincoln Cemetery have likely heard the sounds of jets flying overhead on April 30. Every year on the anniversary of her death, black pilots honor Coleman by performing a flyover and dropping flowers on her grave.