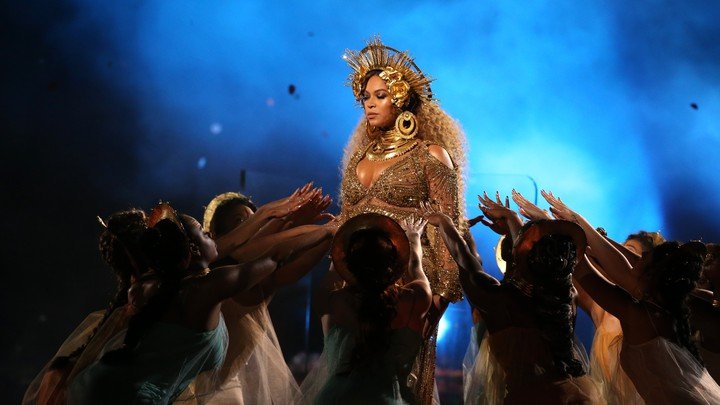 Beyonce performs at the Grammy Awards in Los Angeles in 2017. Photo by Lucy Nicholson / Reuters.

These twin statements are generalizations, but they capture the essence of a fascinating finding in a Pew Research study about Christian identity in Western Europe. By surveying almost 25,000 people in 15 countries in the region, and comparing the results with data previously gathered in the U.S., the Pew Research Center discovered three things.

First, researchers confirmed the widely known fact that, overall, Americans are much more religious than Western Europeans. They gauged religious commitment using standard questions, including “Do you believe in God with absolute certainty?” and “Do you pray daily?”

Second, the researchers found that American “nones”—those who identify as atheist, agnostic, or nothing in particular—are more religious than European nones. The notion that religiously unaffiliated people can be religious at all may seem contradictory, but if you disaffiliate from organized religion it does not necessarily mean you’ve sworn off belief in God, say, or prayer.

The third finding reported in the study is by far the most striking. As it turns out, “American ‘nones’ are as religious as—or even more religious than—Christians in several European countries, including France, Germany, and the U.K.”

“That was a surprise,” Neha Sahgal, the lead researcher on the study, told me. “That’s the comparison that’s fascinating to me.” She highlighted the fact that whereas only 23 percent of European Christians say they believe in God with absolute certainty, 27 percent of American nones say this.

America is a country so suffused with faith that religious attributes abound even among the secular. Consider the rise of “atheist churches,” which cater to Americans who have lost faith in supernatural deities but still crave community, enjoy singing with others, and want to think deeply about morality. It’s religion, minus all the God stuff. This is a phenomenon spreading across the country, from the Seattle Atheist Church to the North Texas Church of Freethought. The Oasis Network, which brings together non-believers to sing and learn every Sunday morning, has affiliates in nine U.S. cities.

In April 2018, almost 1,000 people streamed into a church in San Francisco for an unprecedented event billed as “Beyoncé Mass.” Most were people of color and members of the LGBTQ community. Many were secular. They used Queen Bey’s songs, which are replete with religious symbolism, as the basis for a communal celebration—one that had all the trappings of a religious service. That seemed completely fitting to some, including one reverend who said, “Beyoncé is a better theologian than many of the pastors and priests in our church today.”

The Catholic-themed Met Gala in May 2018 was another instance of religion commingling with secular American culture. Fashion’s biggest night of the year saw celebrities sweeping down the red carpet dressed in papal tiaras, halos, angel wings, and countless crucifixes. These outfits, along with the Metropolitan Museum of Art’s accompanying exhibition, “Heavenly Bodies: Fashion and the Catholic Imagination,” drew the ire of some Christians. But it’s notable that so many celebrities, not to mention average Americans, embraced the theme with gusto. It’s easier to imagine this happening in America than in, say, staunchly secular France. 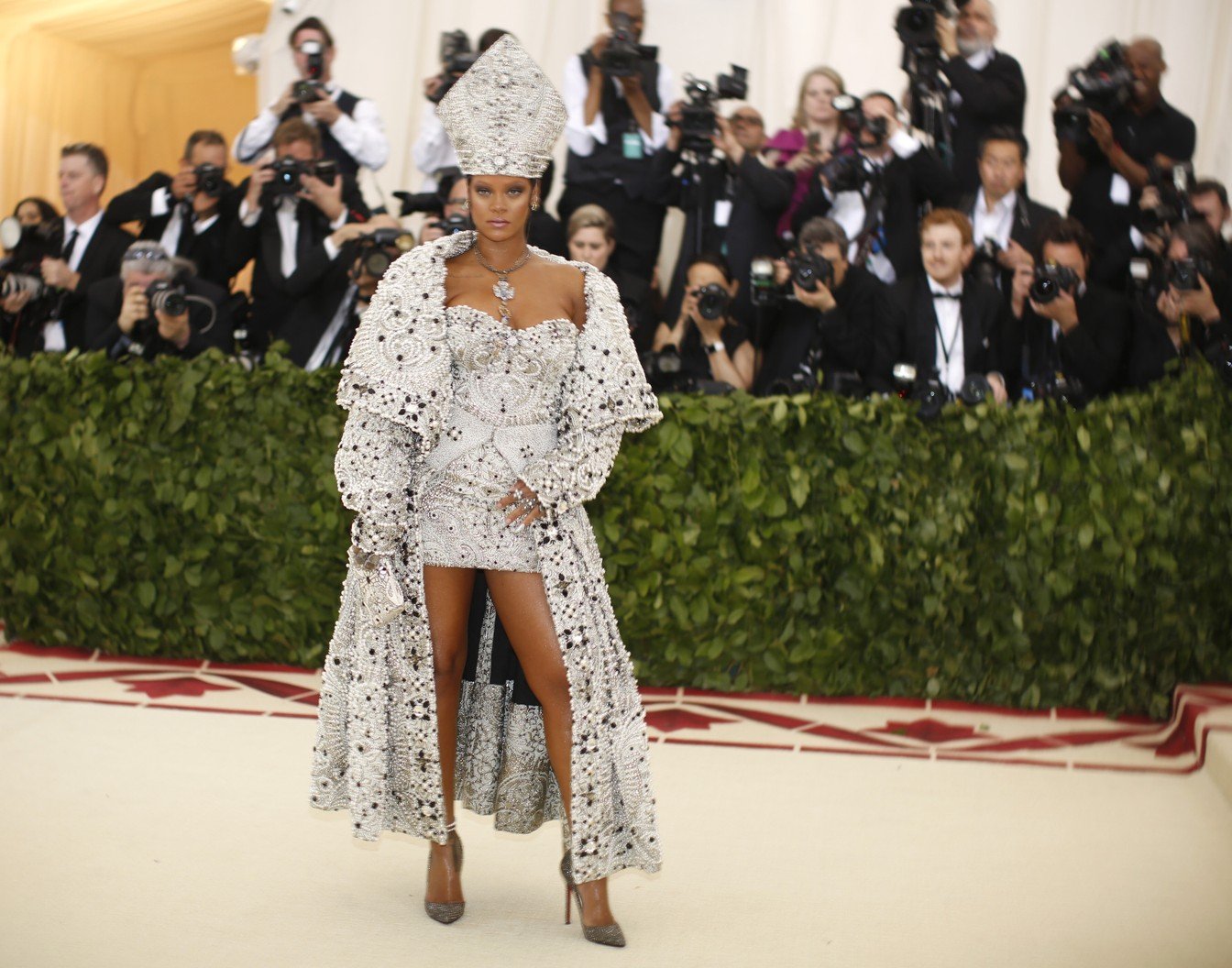 Rihanna shows off her pope-inspired ensemble at the Met Gala. Photo by Eduardo Munoz / Reuters.

The Pew survey found that although most Western Europeans still identify as Christians, for many of them, Christianity is a cultural or ethnic identity rather than a religious one. Sahgal calls them “post-Christian Christians,” though that label may be a bit misleading: The tendency to conceptualize Christianity as an ethnic marker is at least as old as the Crusades, when non-Christian North Africans and Middle Easterners were imagined as “others” relative to white, Christian Europeans. The survey also found that 11 percent of Western Europeans now call themselves “spiritual but not religious.”

“I hypothesize that being ‘spiritual’ may be a transitional position between being Christian and being non-religious,” said Linda Woodhead, a professor of politics, philosophy, and religion at Lancaster University in the U.K. “Spirituality provides an opportunity for people to maintain what they like about Christianity without the bits they don’t like.”

Woodhead pointed to another finding in the Pew study: Most Western Europeans still believe in the idea of the soul. “So it’s not that we’re seeing straightforward secularization, where religion gives way to atheism and a rejection of all aspects of religion,” she said. “We’re seeing something more complex that we haven’t fully got our heads around. In Europe, it’s about people disaffiliating from the institution of the Church and the old authority figures … and moving toward a much more independent-minded, varied set of beliefs.”

The U.S. hasn’t secularized as profoundly as Europe has, and its history is crucial to understanding why. Joseph Blankholm, a professor at UC Santa Barbara who focuses on atheism and secularism, told me the Cold War was a particularly important inflection point. “The 1950s were the most religious America has ever been,” he said. “‘In God We Trust’ becomes the official national motto. ‘Under God’ is entered into the pledge of allegiance. That identity is being consciously formed by specific actors like Truman and Eisenhower, who are promoting a Christian identity at home and abroad, over against a godless communism. It’s the Christianization of America—as a Cold War tool.”

Over time, that dichotomous thinking has relaxed a bit. Now, a quarter of Americans are religiously unaffiliated, and secularism can mean a wide range of things. “There are ways of being secular that are more okay with hybridity, and there are ways of being secular that require more purity,” explained Blankholm. He cited the Humanistic Judaism movement, which sprang up in the U.S. in the 1960s and which rejects theism while still embracing Jewish history and culture, as an example of the former. “A term like spirituality can capture that hybridity.”

The Pew survey shows that 27 percent of Americans call themselves “spiritual but not religious.” Even though they’ve left organized religion behind, many still pray regularly and believe in God. This raises an issue for researchers, because it suggests their traditional measures of religiosity can no longer be trusted to accurately identify religious people. “I think people are doing things that don’t mirror Christianity sufficiently enough for our categories to continue to be as explanatory as they once were,” said Blankholm. “These categories are at their limit—they’re in some ways outmoded.”

As religiosity takes on forms that scramble our old understanding of that term, it’s forcing researchers to ask themselves anew what we talk about when we talk about religion.

“Those challenges are going to get worse—and they know it,” said Blankholm. “But I love that they’re developing a new vocabulary, because that’s exactly what we need.”

Sigal Samuel is a former associate editor at The Atlantic, covering religion and global affairs. She is the author of The Mystics of Mile End.