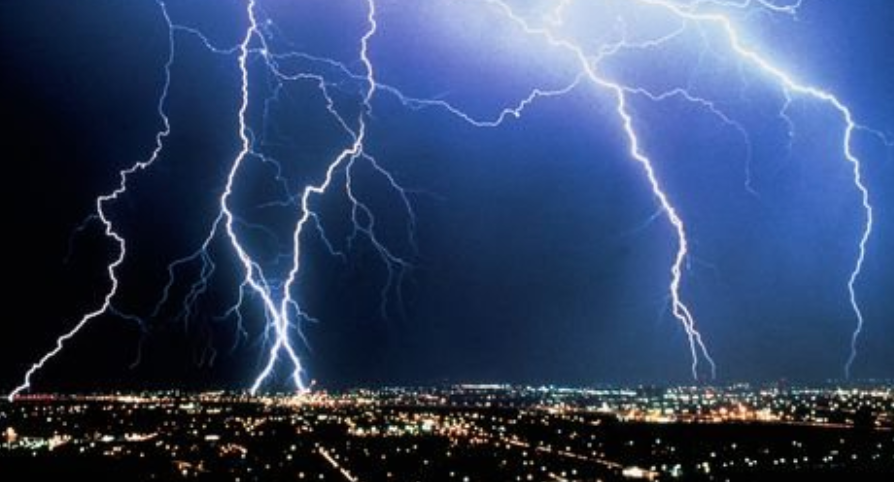 Despite that old saying, lightning can—and often does—strike the same area twice. It’s detrimental to farmers as lightning causes fires that can destroy millions of dollars' worth of crops. And, it kills more people each year than tornadoes or hurricanes.

But right now, our only real warning system is storm clouds.

Simply put: we have difficulty predicting exactly when these giant electrical charges will strike. In Switzerland, a team of researchers from École Polytechnique Fédérale de Lausanne may have an answer: artificial intelligence.

Using standard meteorological data and machine learning, the scientists came up with a relatively simple and cheap system that can predict lightning strikes down to the nearest 10 to 30 minutes inside a 30-kilometer radius (about 18.6 miles).

"We have used machine learning techniques to successfully hindcast nearby and distant lightning hazards by looking at single-site observations of meteorological parameters," the authors wrote in a new paper published earlier this month in the journal Climate and Atmospheric Science.

Hindcasting, as opposed to forecasting, is a way to test mathematical models. Known or estimated inputs of past events are used in a model to see how well that output matches known results. If the model's output matches the known output, it's correct. In this case, the researchers were able to use data about past lightning strikes to build an algorithm that could then make predictions about new lightning strikes.

To do this, the team trained their machine learning algorithm to recognize weather conditions that typically lead to lightning. Specifically they used four variables, including air pressure at station level, air temperature, relative humidity and wind speed. This training data came from 12 Swiss weather stations in both urban and mountainous environments between 2006 and 2017.

After the algorithm completed its learning phase, it made correct predictions about new lightning strikes about 80 percent of the time. It's the first time a simple model, trained on meteorological data, has predicted lightning strikes with live calculations. And since it's based on existing data, it's pretty cheap and simple to replicate.

“Current systems are slow and very complex, and they require expensive external data acquired by radar or satellite,” Amirhossein Mostajabi, the PhD student who came up with the technique, told Science Daily. “Our method uses data that can be obtained from any weather station. That means we can cover remote regions that are out of radar and satellite range and where communication networks are unavailable.”

The researchers hope to use their new model as a tool in the European Laser Lightning Rod project, an attempt to build a new type of lightning protection. Rather than just rely on a lightning rod, the consortium behind the project is testing pulses of laser light to stimulate the number of upward lightning flashes. They hope to transfer cloud charges to the ground this way, directly influencing where downward lightning strikes occur.